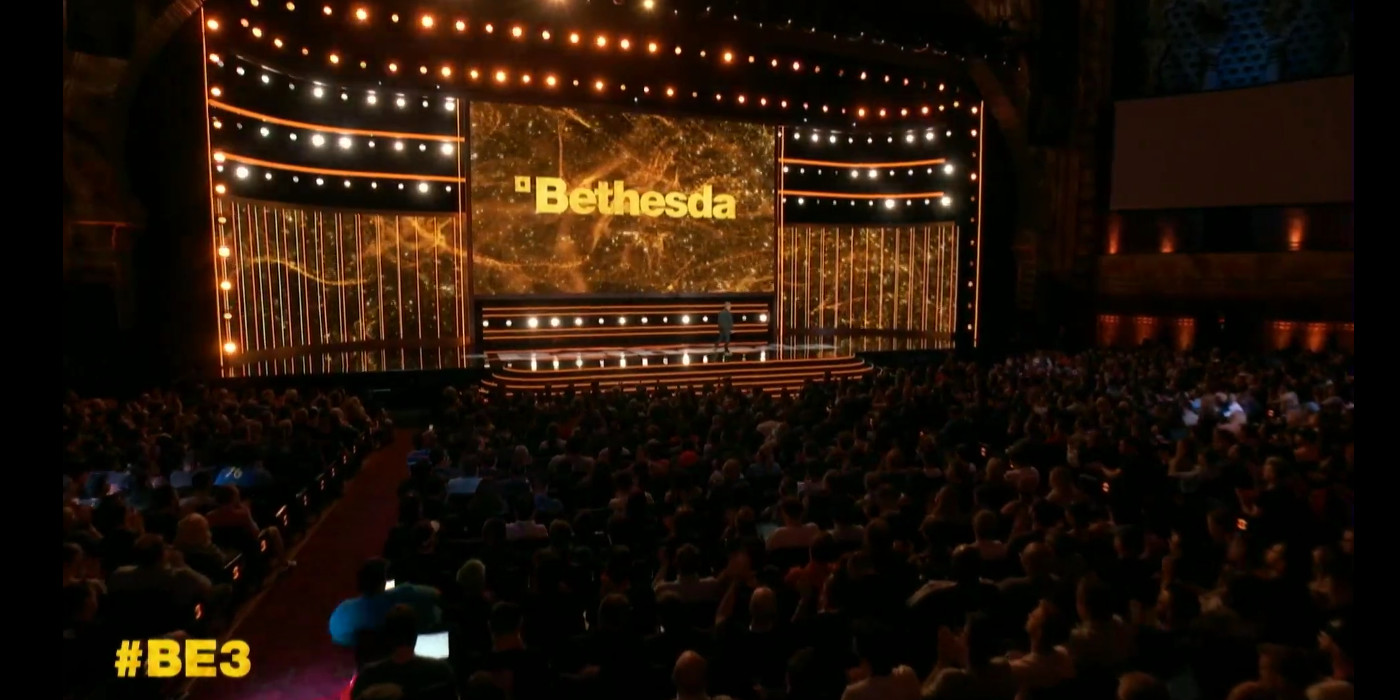 After Microsoft took the stage earlier today, it’s time to roundup everything from the Bethesda E3 2019 showcase. Once one of the most beloved development factions in gaming, the company has come under fire – largely due to the questionable Fallout 76, among other things – as of late. But now, on stage at the industry’s biggest event, Bethesda is ready to show us what put at it at top of its game in the first place once again. Head below for all of tonight’s biggest reveals, gameplay trailers and much more.

The Bethesda E3 2019 showcase kicked off with a brief Fallout 76 update, then it was right on to The Elder Scrolls: Blades mobile game. New jobs, new custom jewelry, a new dragon quest line and more are the latest additions. And it’s available on iOS and Android starting tonight for free.

But the biggest news here was the new Switch port coming Fall 2019 for free. It is cross-play/progression with the mobile version. You can see the trailer below.

Carry over all your progress from the mobile version or start a new adventure from scratch. Playable in docked or tablet mode, Blades on Switch takes advantage of the platform’s unique Joy-Cons and motion controls to support a variety of playstyles.

Next we got a new trailer for the upcoming Wastelanders expansion for Fallout 76, a new 52-player battle royale mode and more. It’s going to take a lot to redeem trust in gamers at large on Fallout 76, but with new full dialogue trees, long term story plan, and human NPCs, this certainly looks like a step in the right direction. Everything is free to Fallout 76 owners and it’s releasing this fall. Check out the Bethesda E3 2019 Wastelanders trailer above.

The Fallout 76 Nuclear Winter battle royale mode will launch a free trial this week. Check out the trailer above.

Shinji Mikami, of Resident Evil fame, hit the stage next to unveil his new action-adventure game where players must “rid the city of supernatural evil”. It might not be the Evil Within sequel you hoped for, but GhostWire Tokyo looks wild. Check out the debut reveal trailer above.

After strange disappearances hit Tokyo’s population, it’s up to you to uncover the source and purge the city of a strange, new evil. Armed with your own mysterious spectral abilities, you will face down the occult, unravel conspiracy theories and experience urban legends like never before.

Next up for Bethesda E3 2019, we got a new cinematic trailer for the latest addition to Elder Scrolls Online: Elsweyr.

The Season of the Dragon continues with The Elder Scrolls Online: Elsweyr and beyond. Dragons have emerged from the Halls of Colossus, and they now threaten to burn down all of Tamriel. Wielding powerful new weapons and abilities, unlikely allies must band together in order to defeat these legendary monsters.

Machine Games took the stage at Bethesda E3 2019 to drop some new details on the Cyberpilot Wolfenstein VR game (coming this July) and footage on the anticipated console spin-off expansion: Youngblood. The latter of which releases July 26th and features a brand new story plus co-op. Check out the new trailer above.

The new Arkane Lyon game, Deathloop, looks like a wild, “mind bending” action game with a Groundhog day mechanic and a highly-stylized visual approach. You can “approach any situation anyway you want”, in typical Arkane fashion. This looks to be just a teaser with no release dates or platforms mentioned. Interesting to say the least. 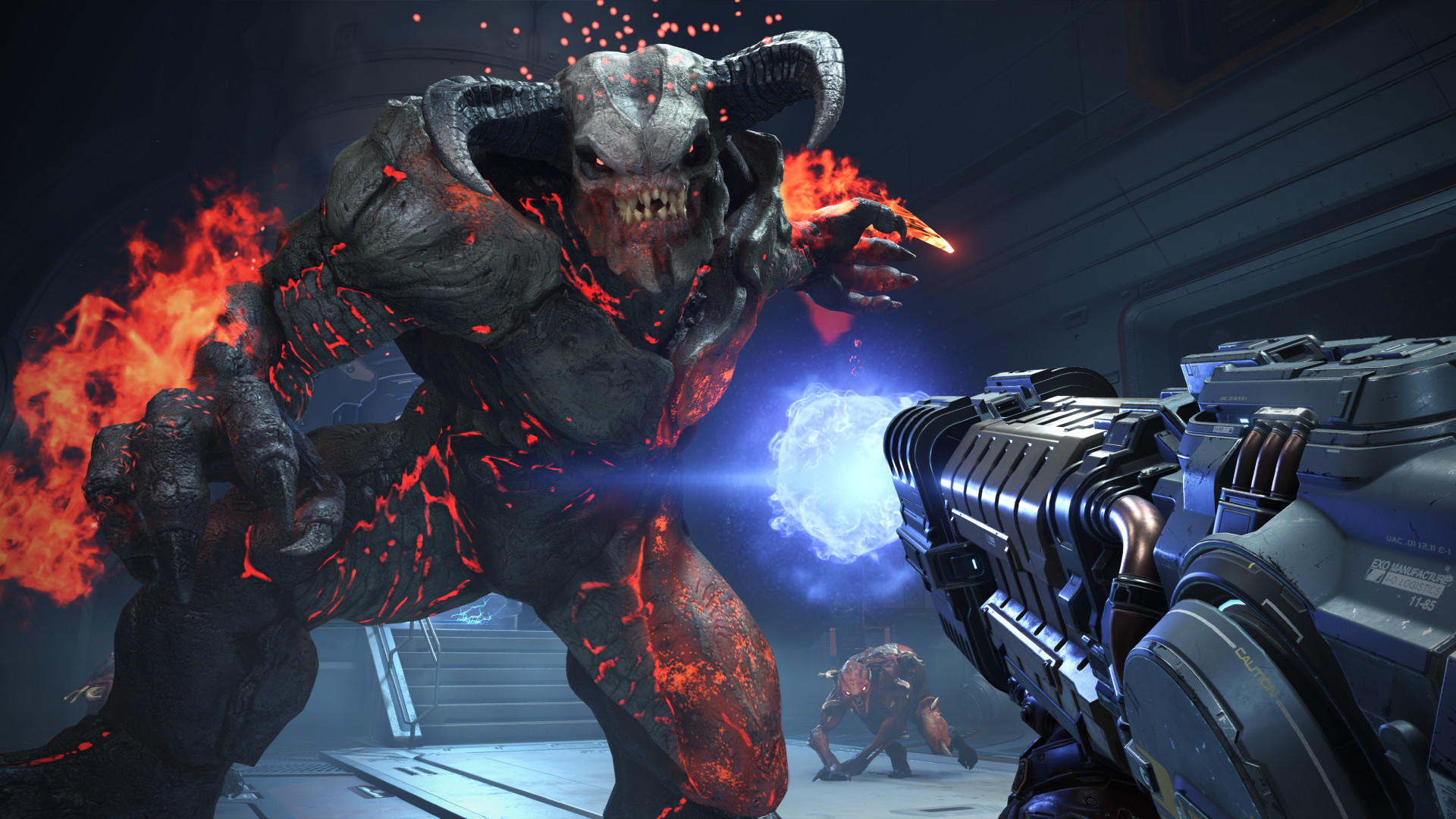 As expected, DOOM Eternal showed off a brand new look at its gory, over-the-top trip to hell. The latest footage is about as frenetic and brutal as you could ask for. We a got solid look at some new gameplay to close out the Bethesda E3 2019 showcase. Feast your eyes on the gameplay footage and Battlemode multiplayer action below.

In case you missed it, here’s everything from the EA E3 2019 event and today’s massive Microsoft showcase. And you’ll find the rest of this year’s biggest E3 2019 reveals right here.