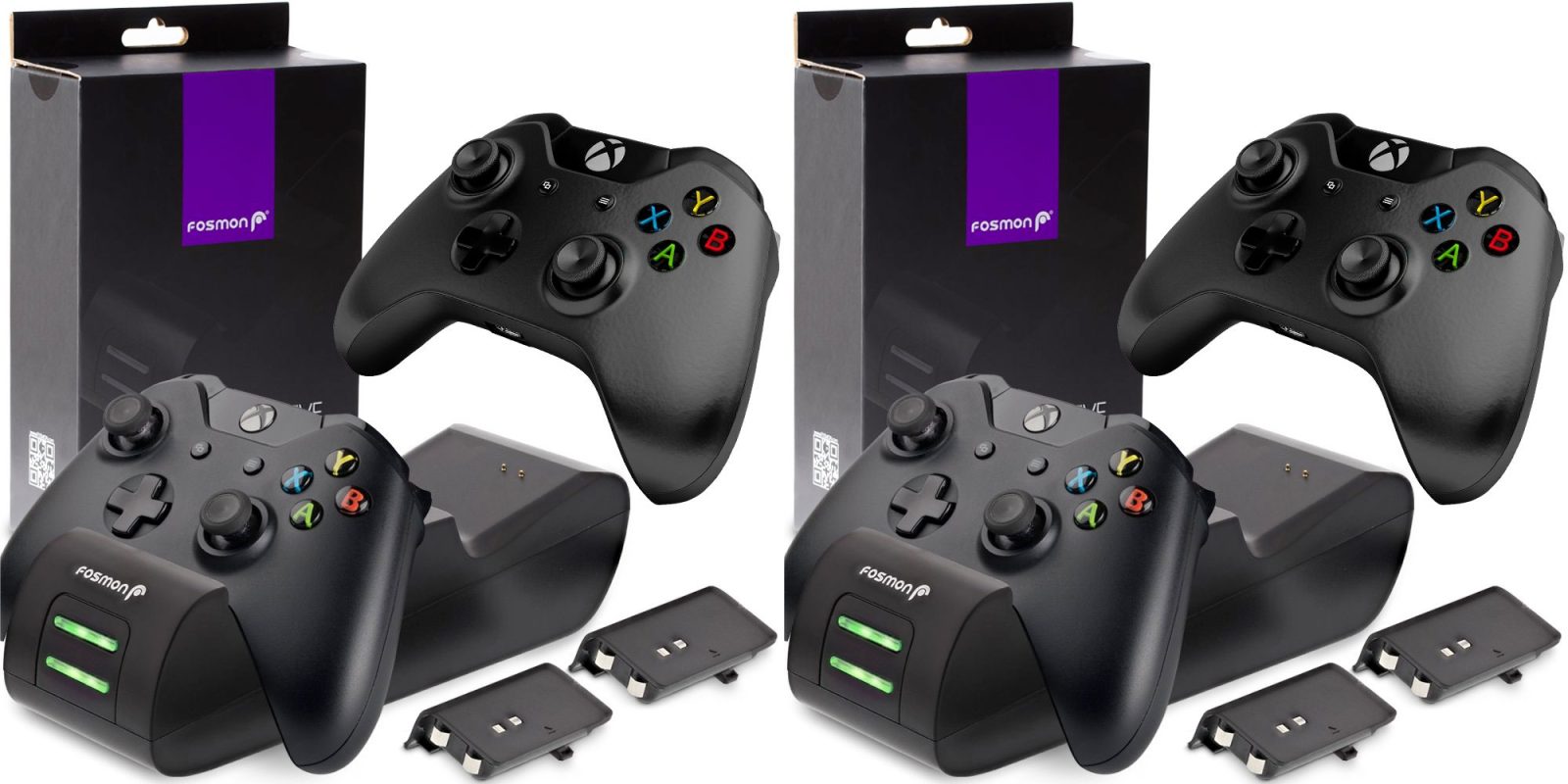 SF Planet (99% positive feedback over the last 12 months) via Amazon is offering the Fosmon Dual Xbox One Controller Charging Station for $11.96 shipped when the code GKWN94PR is used at checkout. Note: Be sure to choose SF Planet not fulfilled by Amazon on the landing page to redeem the coupon. Normally over $25, this is one of the best prices we’ve tracked all-time and is the lowest available. If you paid attention to E3 2019 at all, you likely found at least one new game you’d love to play. If so, then you’ll want to make sure that you’re ready to go for long gaming sessions with this two-pack of rechargeable Xbox batteries. With these batteries, you’ll enjoy up to 33 hours of gameplay before they die and need to be recharged again. Rated 4.1/5 stars from nearly 2,000 gamers and is a #1 best-seller at Amazon.

This is about the best price you’ll see on an Xbox One rechargeable battery kit. The official single battery setup is $20 at Amazon, and the AmazonBasics model for two devices is still $15. If you’re really trying to save some extra cash, pick up the official Xbox One Charging Cable for less than $10 Prime shipped.

If you need to game even more, check out the Fosmon Quad Pro Charging Station for Xbox One which was just launched. It not only charges the two controllers, but it also charges two backup batteries to keep you gaming even longer.