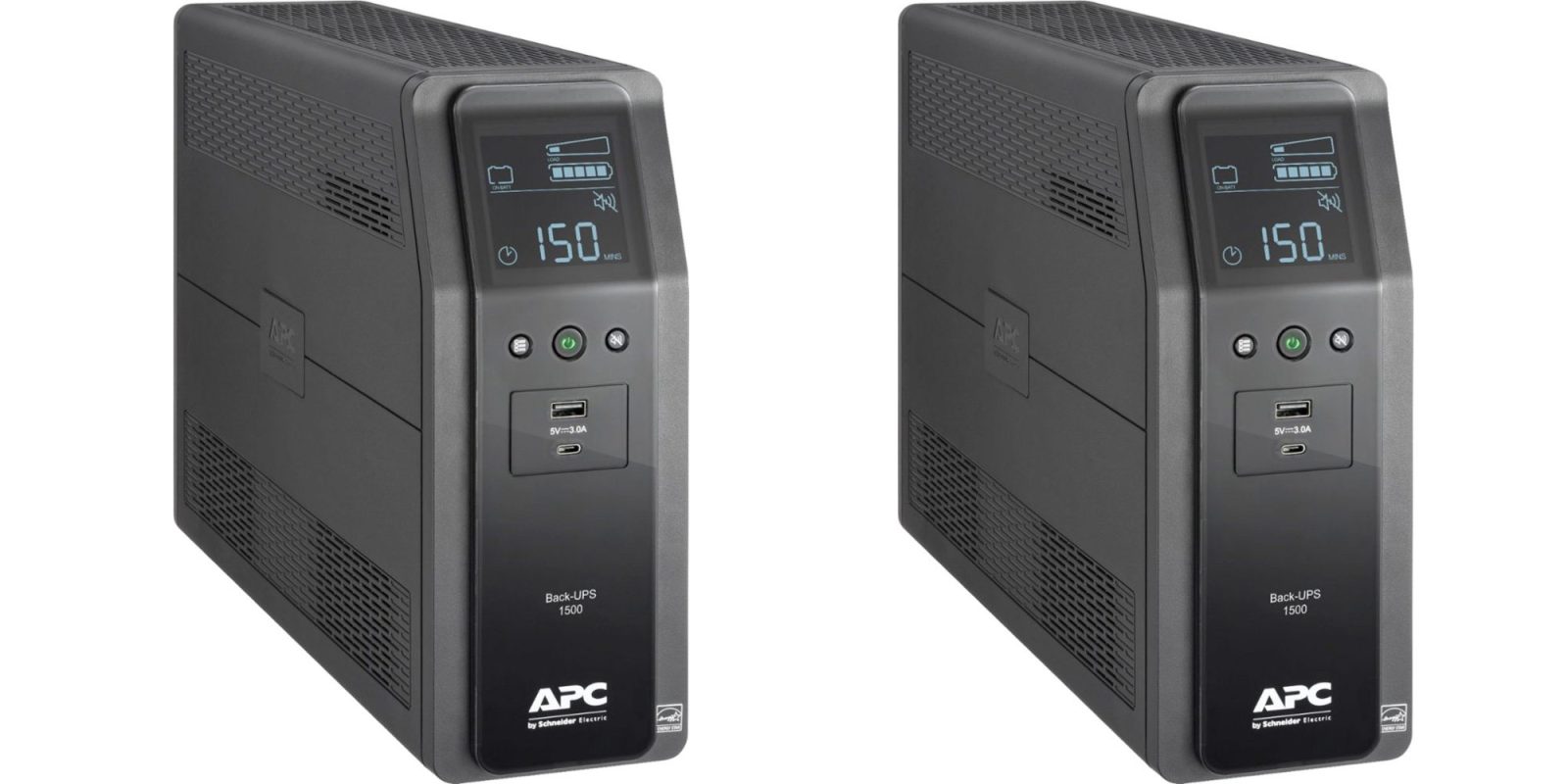 B&H Photo is offering the APC Back-UPS Pro 1500VA Battery Backup and Surge Protector for $159.99 shipped when you clip the on-page coupon. This is down from its over-$200 going rate at Staples or Home Depot and $180 sale price at Best Buy, marking one of the best prices we’ve tracked all-time. This battery backup will give you the ability to shut down your computer or network safely in the event of a power outage. At full load, you’ll get over 4 minutes of runtime, though most won’t utilize this battery at its entire capacity. Rated 4.8/5 stars.

If you just want to keep your network online in the event of shorter power outages, APC’s 425VA Battery Backup + Surge Protector is $45 shipped, though opting for no-rush shipping drops it to $40. You’ll get 1/3 the battery life out of this UPS, but that’s more than enough to keep Wi-Fi alive.

Also, don’t forget to pick up the APC’s SurgeArrest Seven-Outlet Surge Protector at just $7 shipped right now, which is over 50% off its going rate. You can never have enough surge protectors around the house, so why not grab a few from APC to match your new battery backup.

Safely shut down computer systems and guard connected equipment from surges with the Back-UPS 1500VA Battery Backup & Surge Protector from APC. The UPS is armed with a total of ten NEMA 5-15R outlets, with six providing surge and backup power and four designed for surge protection only. In the event of a power outage, the UPS comes equipped with an internal battery that delivers up to 900W of power. The battery-powered outlets provide up to 4.1 minutes of use at full load and over two hours at 50W. For electrical spikes, the UPS has a 1080J surge energy rating. Other notable connections include coax, USB, and Ethernet ports for safeguarding video and network signals. Included along with the backup UPS is a USB cable, a coaxial cable, a USB power adapter, and a downloadable PowerChute software program to monitor energy usage and prevent data corruption by automatically saving files and shutting down a computer system.

Get this deal
$200+ $160
You’re reading 9to5Toys — experts digging up all the latest technology and lifestyle deals, day after day. Be sure to check out our homepage for all the latest news, and follow 9to5Toys on Twitter, Facebook, and LinkedIn to stay in the loop. Don’t know where to start? Check out the best Apple deals, our daily podcast, and subscribe to our YouTube channel