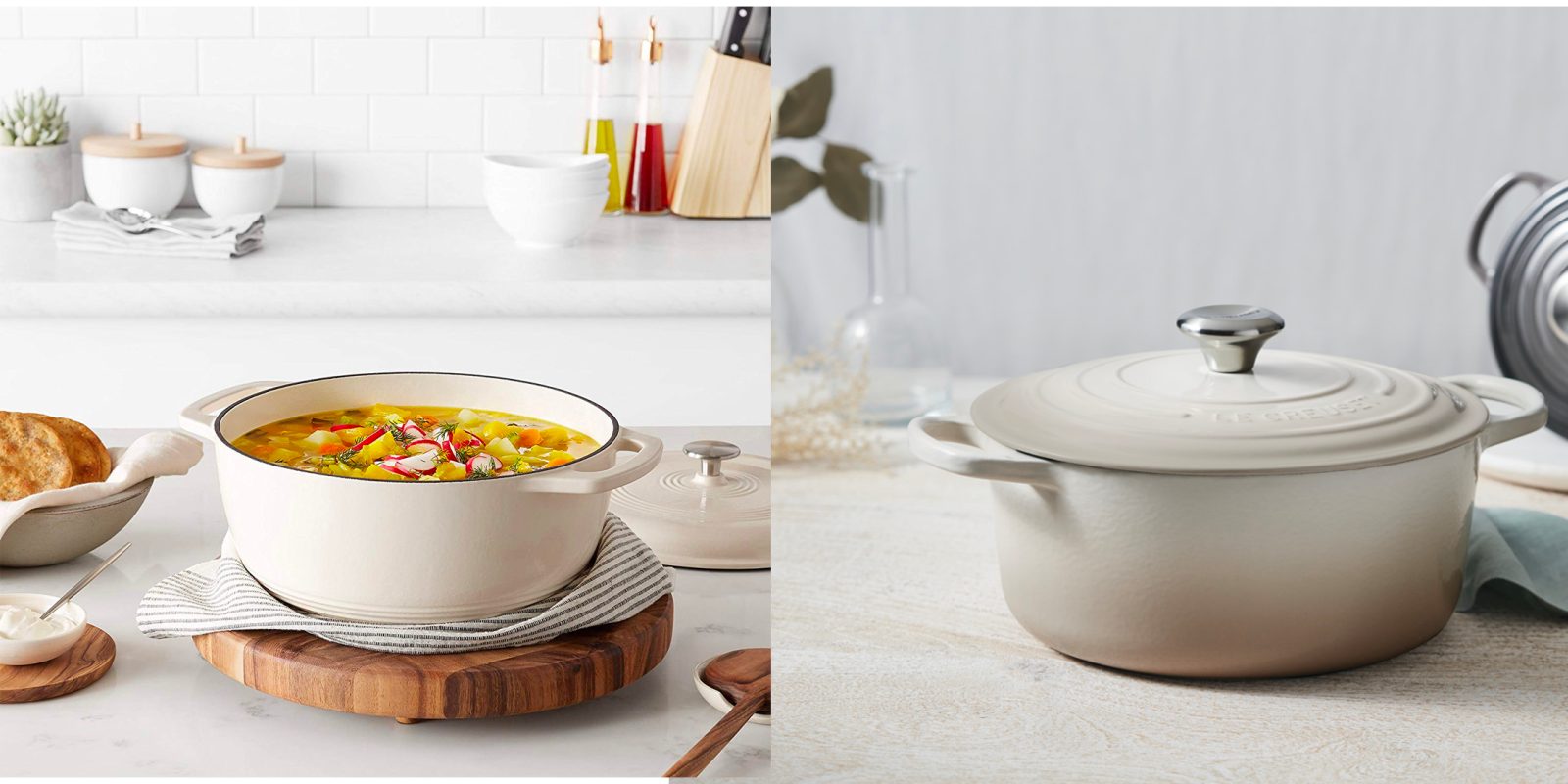 Le Creuset has become increasingly popular over the past few years and many retailers have come up with alternatives that are budget-friendly. Some top brands who have launched alternatives are Target, Amazon, Milo and more. Le Creuset offers high-end cookware with a top of the line price tag. That’s why today we are rounding up some great option that look similar to Le Creuset’s Dutch Oven that are budget-friendly. Plus, with cool weather just around the corner the dutch oven is great for stews, soups, braises and more. Head below the jump to find our favorite Le Creuset alternatives.

Le Creuset’s Dutch Oven is one of the most popular items and was also recommended the number one Dutch Oven by America’s Test Kitchen. However, the Le Creuset Dutch Oven ranges in prices from $150 to $560. Le Creuset quotes that the Dutch Oven is, “Long recognized for its strength and durability, cast iron is the prime material for slow-cooking, braising and roasting, thanks to its ability to maintain even and consistent heat”. This dutch oven comes in an array of color options and is dishwasher friendly.

Amazon has a very similar option in its AmazonBasics line that has three sizes and all are under $100. The AmazonBasics Enameled Cast Iron Covered Dutch Oven is very similar to the Le Creuset with a variety of the same features. It’s also rated 4.5/5 stars with over 1,100 reviews. This dutch oven comes in similar color options, however is not dishwasher safe and must be hand washed. This Le Creuset option also is heat-resistant up to 500-degrees, where the AmazonBasics is only for 400-degrees. However, if you’re looking to save some money for a similar look, this is a wonderful option. 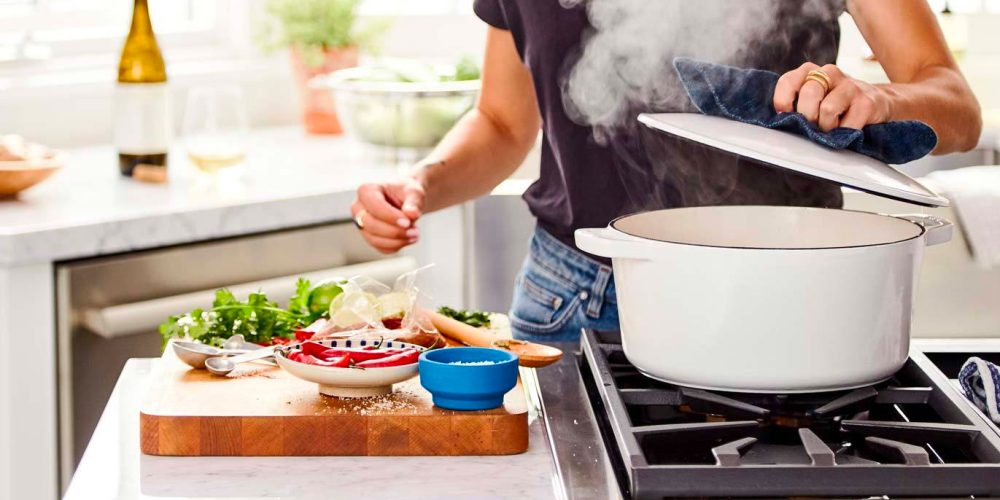 If you’re also a fan of the Pioneer Women, she has a Dutch Oven that’s similar to Le Creuset’s. This option is made of cast iron that will provide a constant heat and bakelite knob is heat-resistant and stays cool. It’s priced at just $55, however it can only be handwashed as well.

As we noted a few months ago, Milo is a newer cookware brand that looks similar to Le Creuset and has budget-friendly prices. Milo’s 5.5-qt. Enameled Cast Iron Dutch Oven is such a great Le Creuset alternative. This option is dishwasher safe, oven-safe up to 500-degrees and has a lifetime guarantee. Best of all, it comes with a price tag of $95. However, the only downfall to this dutch oven is it only comes in two color options.

Which Le Creuset alternative was your favorite? Let us know in the comments below. Also be sure to check out the Joanna Gaines launch with Target including bedding, home decor and more.