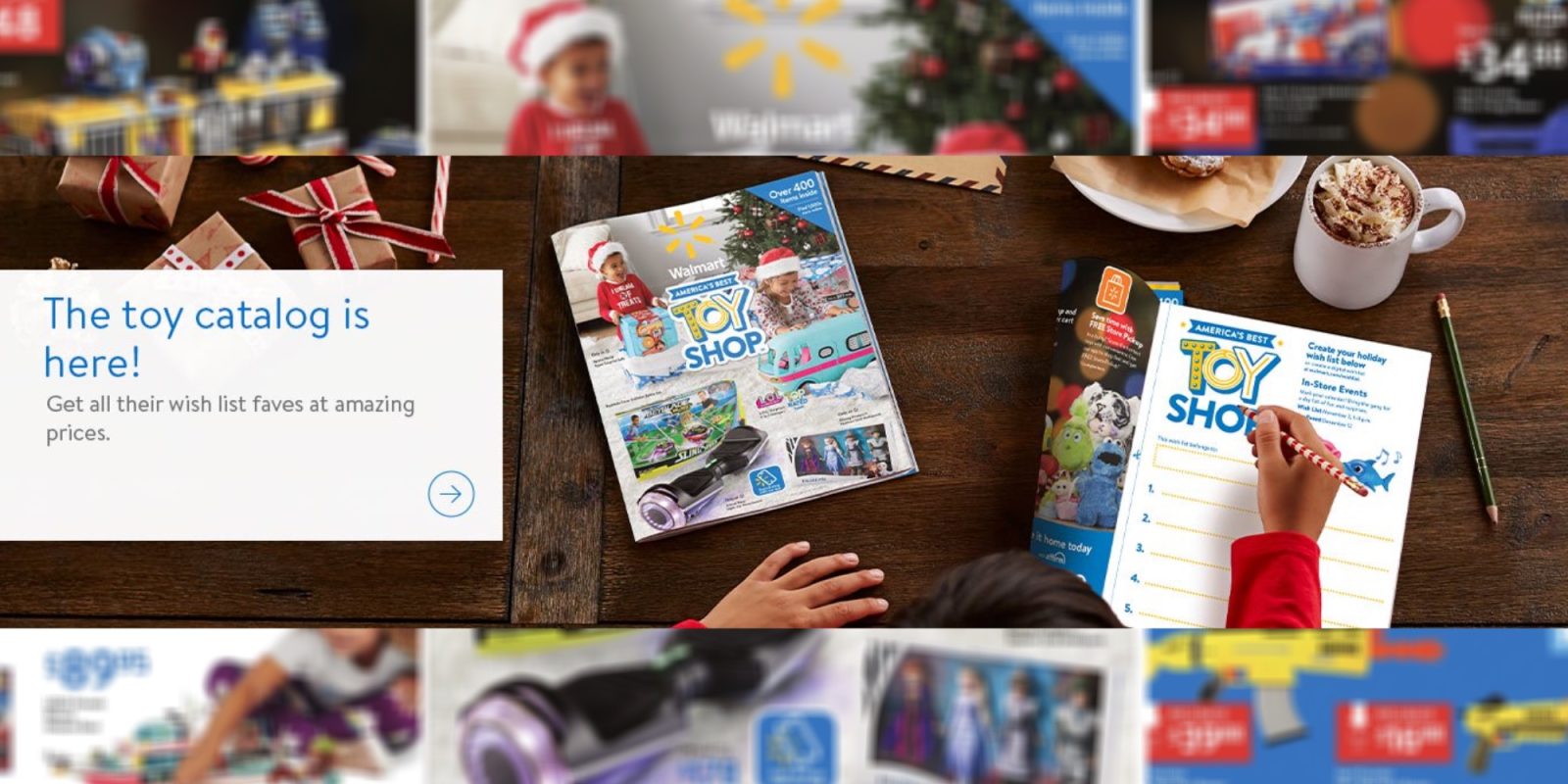 Aside from tech, toys are some of the hottest gifts of the holiday season. So it makes sense that most of the big retailer features the year’s top releases and the like in the lead up to Black Friday. This morning, it’s Walmart’s turn, as we’re now getting a look at its toy catalog for 2019. Headlined by popular toys from Star Wars, Frozen II, and more, you’ll want to head below for a closer look.

While you’ll find much of the same must-have toys as compared to Amazon and Target’s respective guides, Walmart’s catalog offers a much wider variety. Rather than just a sprinkling of best-sellers and the like, Walmart is going with a more curated approach.

Many of the pages center around specific themes, with toys from various Disney properties dominating in 2019. Frozen II, Toy Story 4, and Star Wars are certainly some of the more notable inclusions this time around. But there’s also plenty of other toys in the catalog from Walmart, catering to pretty much every age group. You’ll find everything from Razer scooters and basketball hoops to board games, playsets, and more.

Not to be outdone by its competitors, the Walmart Toy Catalog, too, is offering some top picks for older kids or even adults. Whether iPhones and the like should be considered in a toy catalog is still up for debate, but Walmart is at least keeping those kinds of inclusions to a minimum.

Walmart is also uniquely showcasing its virtual testing experience deemed Toy Lab. This online game of sorts lets kids, or even parents, get a more in-depth look at some of the year’s freshest releases. Whether this will translate to more sales remains to be seen for Walmart. Regardless, it’s refreshing to see one of the significant retailers try something different.

As always, we’ll have all of this year’s best Black Friday deals, news and ad leaks right here at 9to5Toys. If you’re not yet following us on Twitter, be sure to lock that in, so you don’t miss out on any of the best deals throughout the holiday season.