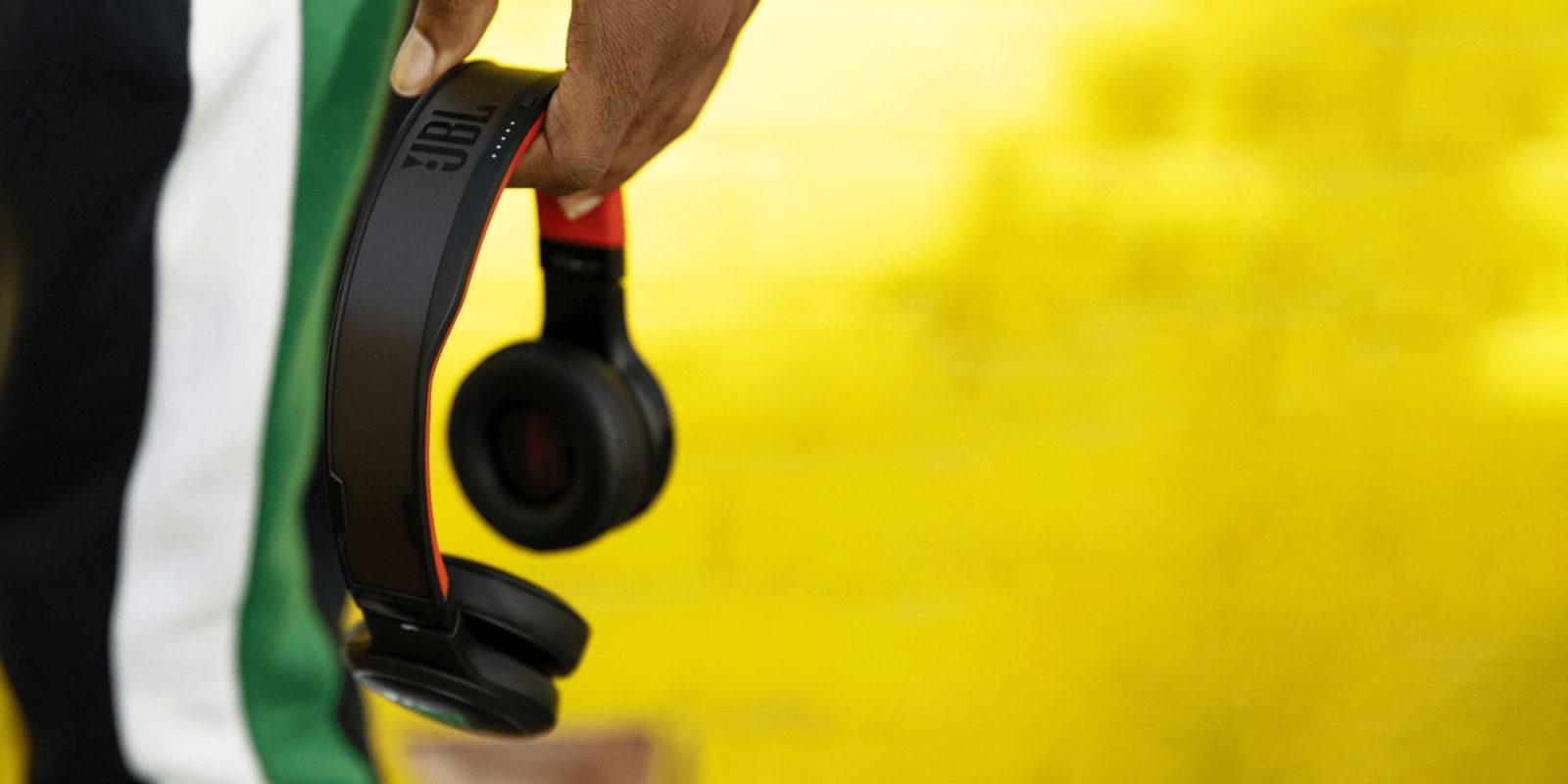 From Ring cameras to keyboards, the amount of products powered by light is constantly growing. With REFLECT Eternal, JBL is unleashing its plan for a crowdfunded pair of solar-powered headphones. Development is still in the early stages, but based on what’s been accomplished to date, JBL REFLECT Eternal set out to eliminate traditional charging while offering unlimited listening to wearers. Continue reading to learn more.

If you’ve used solar-powered products before, you know that charging can be unpredictable since it largely depends on how bright and direct light sources actually are. JBL simplifies this by setting a benchmark of 24-hour battery life when initially charged up, which turns into 68 when spending 90 minutes outside each day. For those that spend 2.5 hours outside per day, JBL’s solar-powered headphones will theoretically never die.

One factor that’s left out of the above equations is artificial light, which is said to be supported in JBL REFLECT Eternal. This means that when set atop a desk that is well-lit, the amount of time required outside may end up being less. The technology used in JBL’s on-ear headphones is unlike traditional solar-powered devices since it does not require a large surface area. This is thanks to Exeger’s Powerfoyle material that “is specifically engineered to generate power with indoor light and indirect sunlight.”

“JBL has been working closely with our partners at Exeger to bring this cutting-edge solar technology into a headphone with JBL’s legendary Pro Sound, and we hope our customers are as excited about it as we are,” said David Owens, Vice President, Business Development at HARMAN.

Assuming JBL’s solar-powered headphones do in fact make it to market, they are expected to debut for a cost of $165. Early adopters on Indiegogo are able to shave up to 54% off this price though with backing tiers starting at $75. No matter which Indiegogo support tier is chosen, JBL anticipates shipping no sooner than October 2020.

While certainly innovative, JBL’s solar-powered headphones seem like a product with a promise that may prove difficult to seamlessly deliver. For starters, not everyone spends hours outside in direct sunlight. Support for artificial light will certainly help, but every home’s lighting conditions tend to vary.

This is no reason for solar-powered headphones to not be developed, but if these don’t work reliably, it could tarnish the thought of similar products charged via light. For this reason, we can only hope that JBL exceeds the expectations it has laid forth thus far, leaving room for improvement and perhaps competition that’s ready to go head-to-head with what Sony and Bose have to offer.