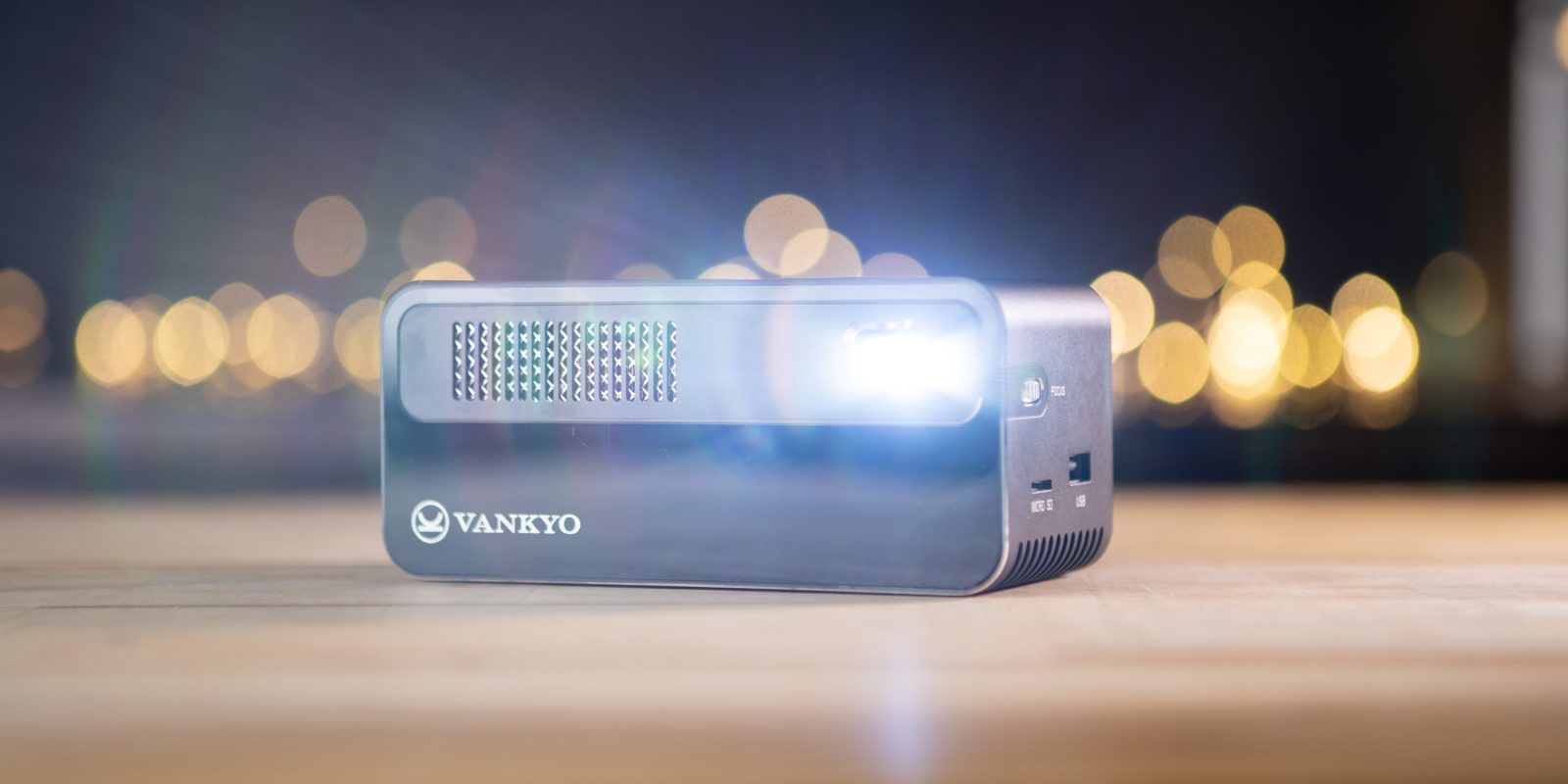 Projectors have been getting more and more powerful, but there has also been a push for portable projectors that can bring the big screen anywhere. Last year we took a look at the Nebula Capsule II from Anker, but today we’re excited to check out another small portable smart projector in a similar vein from Vankyo. The GO300 is one of Vankyo’s newest products and offers an Android-powered smart projector in a small package. Head below to check out the video.

In the box, we find a user guide, a remote, power cable, HDMI cable, and the projector itself. Because of the weight of the box, I thought the projector was going to be a little larger than what it is. This thing is tiny! It has a bit of weight to it, but it should still be effortless to pack along for trips.

As a projector, the GO300 packs 150 lumens at a resolution of 854 x 480. This isn’t as high-resolution as a lot of more powerful projectors, but it’s still not bad for its price and intended use. This isn’t going to be a cinema replacing screen, but it is an excellent option for watching on-the-go. Vankyo suggests screen sizes from 30 to 110-inches. 110-inches is a massive screen, and gets a little soft and dim at that size. I’d suggest keeping it between 30 and 80-inches.

Another great feature of this project is the variety of playback options. Of course, at its core, it is an Android smart projector, but you can also play video via the two USB ports, micro SD card slot, HDMI port, and a variety of ways to connect computers and phones wirelessly. I was able to quickly connect my device via AirPlay and relay video from my iPhone. 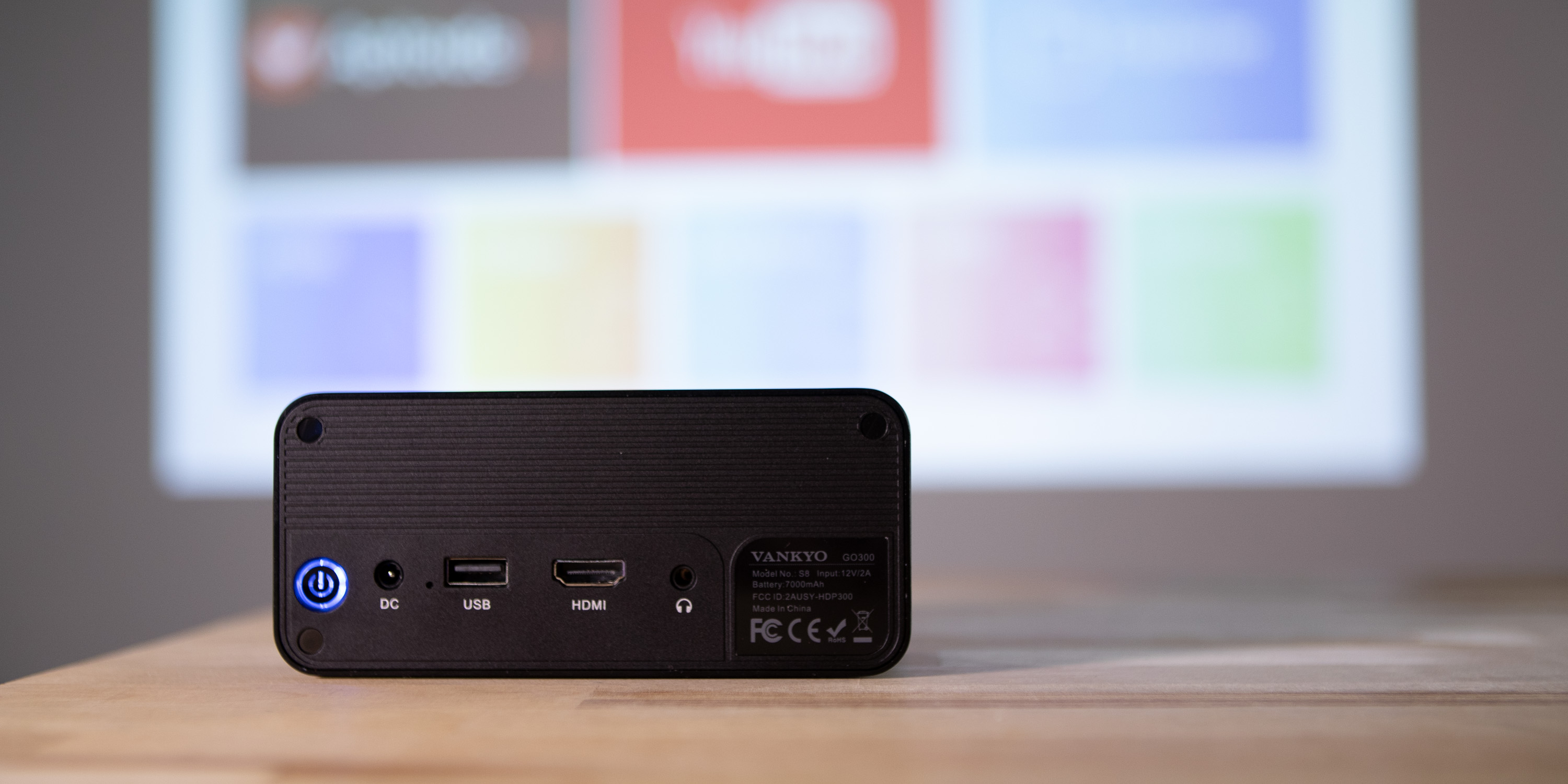 With the battery fully charged, I turned on some Netflix to test the life of the projector. Showing video consistently with the volume set at about 30%, the GO300 played for a little over two hours before shutting off.

The GO300 features a built-in speaker on the side of the projector. It gets rather loud, but it isn’t the most exceptional sound quality. Thankfully the GO300 also has a 3.5mm audio out for connecting a pair of headphones or a stereo system.

Navigating the menus felt fluid and fast – I had no trouble setting everything up. Getting Netflix up and running was very simple. Occasionally Netflix didn’t perform what I expected when moving through its menus. Still, I’ve had a similar experience on the Nebula Capsule II, so I can’t say that’s an issue with the GO300.

A couple of complaints

One inconvenience is that there are no buttons on the GO300 to control various features. Everything must be done via the remote, which unfortunately doesn’t include the two required AAA batteries to power it.

Another very simple feature that I feel the GO300 is lacking is a ¼-20 screw mount to attach the projector to a tripod or other common type of stand. I almost always have the Capsule II mounted to a Joby Gorillapod, which allows it to hang almost anywhere since it runs on a battery. Having a tripod mount would be a significant upgrade, in my opinion, that wouldn’t be too difficult to do. 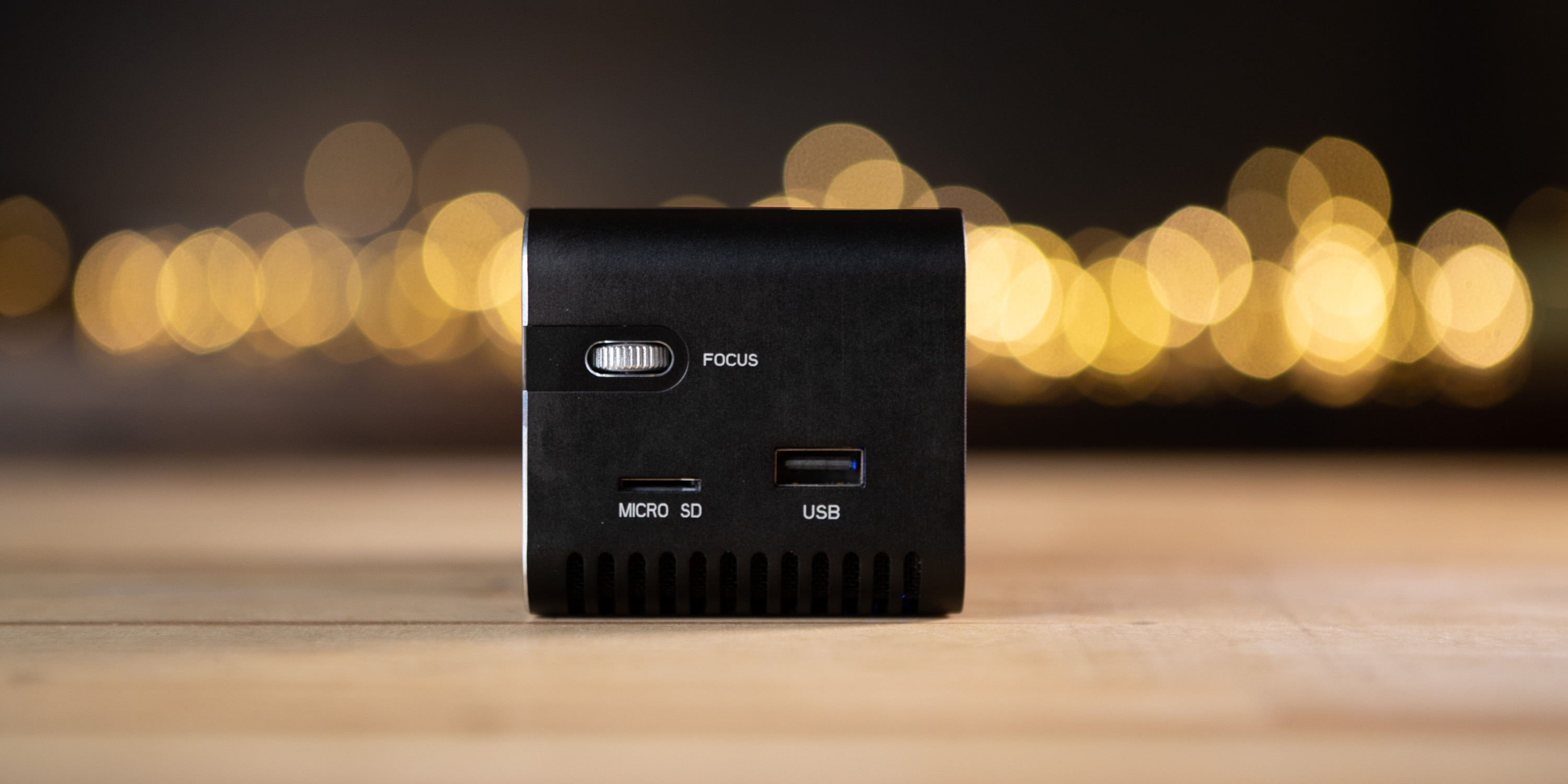 Overall, the GO300 projector from Vankyo is a great affordable option for a portable smart projector. The variety of inputs and ways of playing video make it extremely versatile for the price. It’s not as refined as the Capsule II, but it’s about ½ the cost with the promo code in this article.