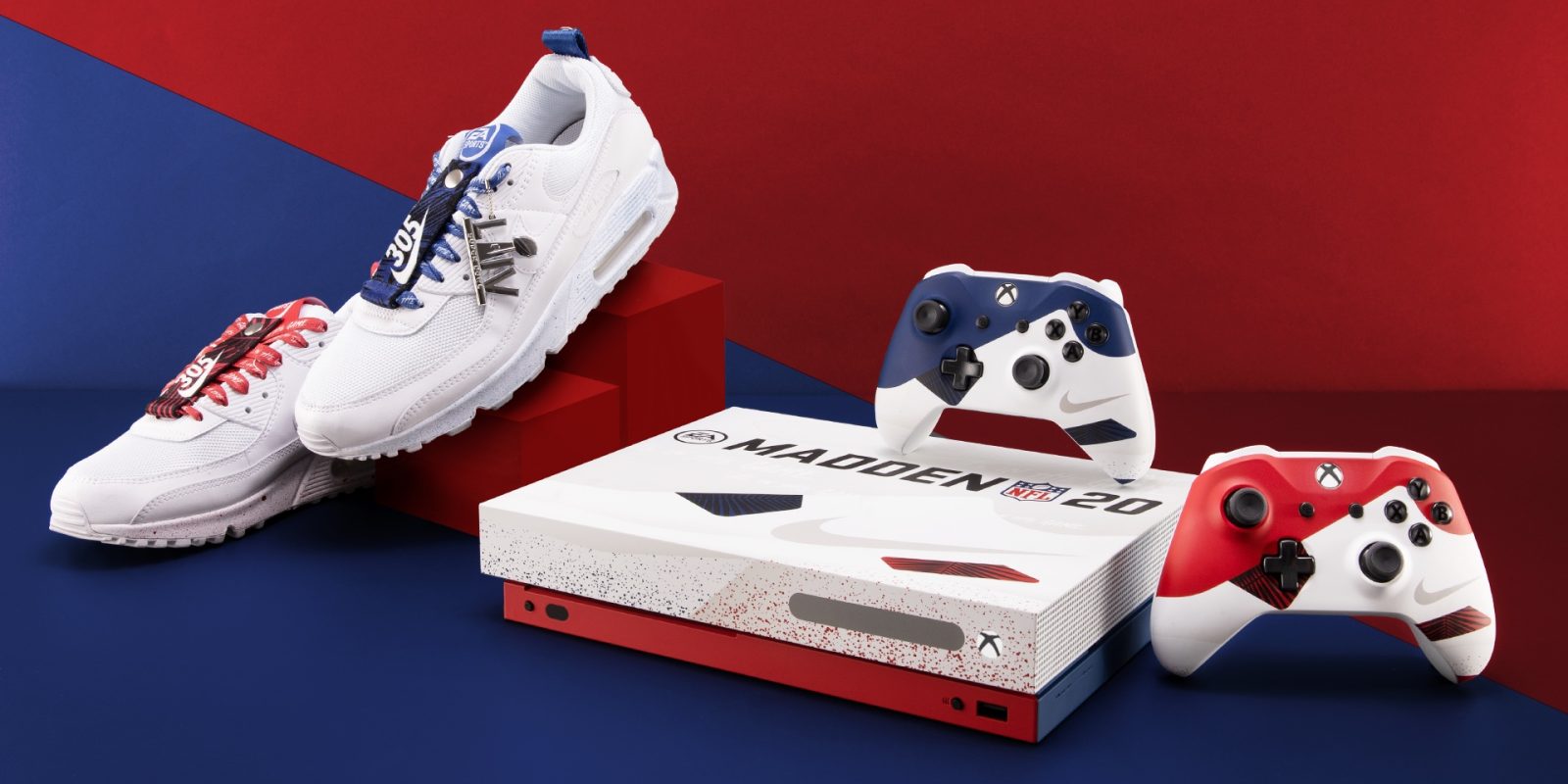 Check out this limited edition Nike Air Max Xbox console. Xbox, EA Sports, and Nike are teaming up for a new crossover collaboration in celebration of Super Bowl LIV. Just as The Kansas City Chiefs and San Francisco 49ers are preparing to square up in the biggest sporting event of the year this Sunday, Xbox, EA and Nike have now unveiled the new Special Edition Air Max 90s sneakers alongside the matching Xbox One console. And this thing is going to be about as hard to get your hands on as you’re already imagining. Head below for a closer look and more details on how to get in on the action.

The Nike Air Max Xbox console is directly inspired by and designed to match the companion Nike x Madden NFL 20 Air Max 90 shoes that were unveiled yesterday on the red carpet at EA Sports Bowl — the annual EA Super Bowl event. Much like the red, white, and blue Air Max 90 SE shoes, the console has been specially designed with a series of colorful accents, iconography, and verbiage representing the three powerhouse brands.

With a base white paint job, the new Air Max Xbox features red and blue color blocking as well as Nike footwear imagery, plus EA, NFL and Madden 20 verbiage plastered across the top side. Along with the expected Nike Swoosh, speckled red and blue details carry up the sides of the special edition console much the same as the outsole on the matching sneakers. You’ll also find EA’s classic “It’s in the game” tag line on both the console as well the (red, white, and blue) interchangeable laces that come with the Nike x Madden Air Max 90s. 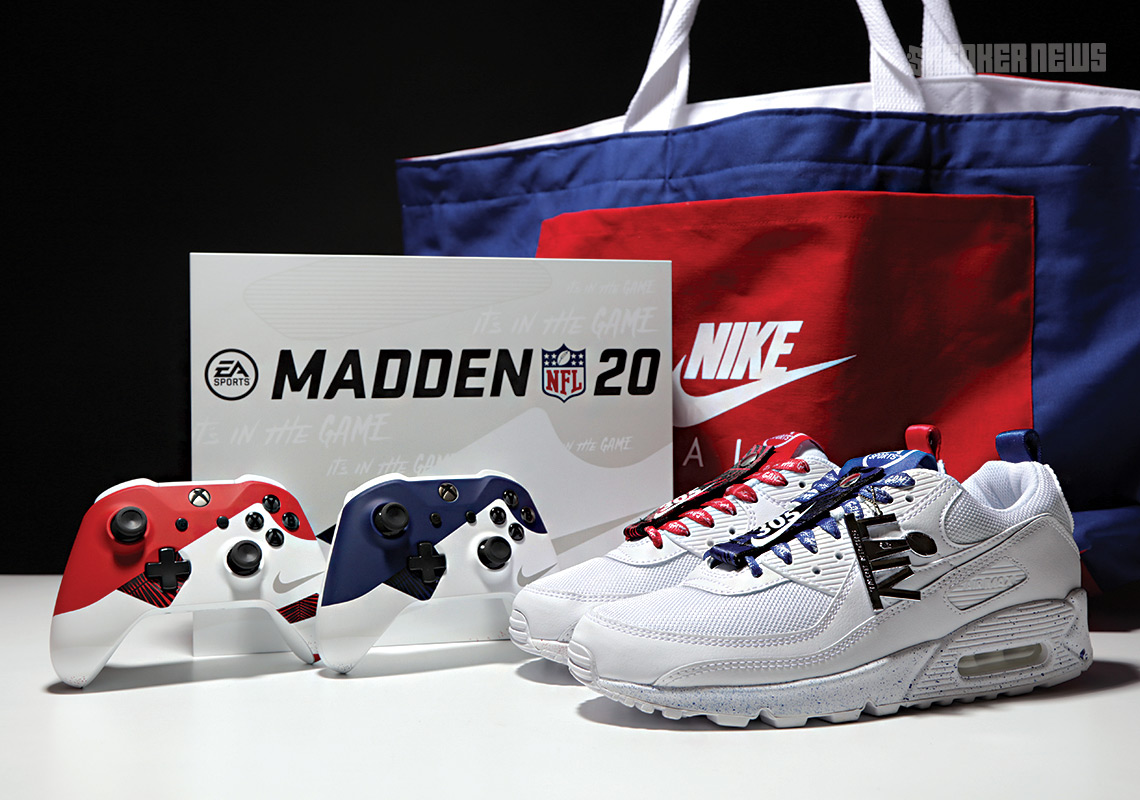 As you can see in the press shots above and below, the shoes themselves feature an all-white design with a series of details throughout and an asymmetrical red/blue color design — much like the included Xbox wireless gamepads. The red and blue snap detailing on the footwear can be removed and replaced in other locations on the shoe for a customized look.

The limited-edition Nike Air Max Xbox console and matching shoes will not be going up for sale at any point as far as we can tell. But that doesn’t mean you won’t have a shot at getting them. This package is part of a promotional giveaway campaign from Nike, EA and Xbox. 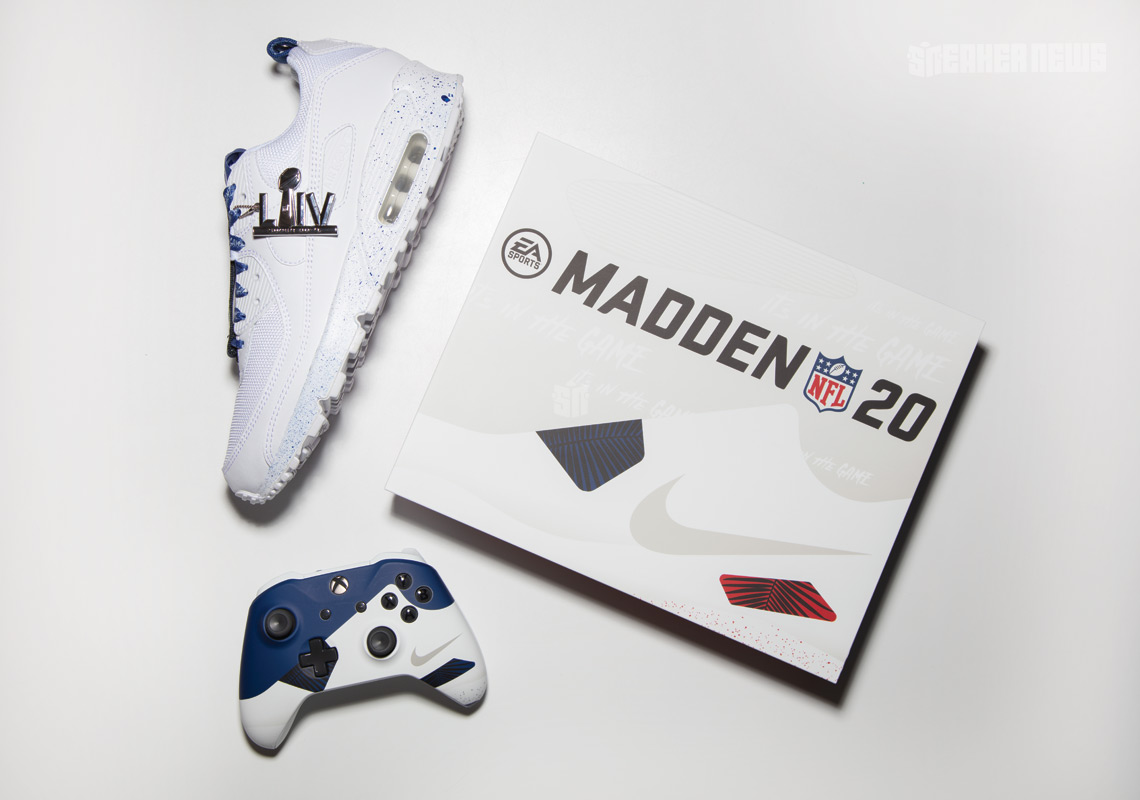 Enter Here for a Chance to Win it All

For a chance to win, all you need to do is retweet the official contest tweet right here and be sure to include the hashtag #NikeMaddenNFL20XboxSweepstakes. Just one lucky individual will win the Nike Air Max Xbox console with the two controllers, the Nike x Madden Air Max 90 sneakers, and a copy of Madden NFL 20.

And you thought you had game before. RT and tag #NikeMaddenNFL20XboxSweepstakes for your chance to win this Limited Edition @Nike x @EA x @EAMaddenNFL 20 Xbox One X Bundle.

However, if you find yourself in the Miami area today or this weekend, be sure to head over to Nike Miami to enter the raffle for another chance to win the shoes (available in men’s and women’s sizes).