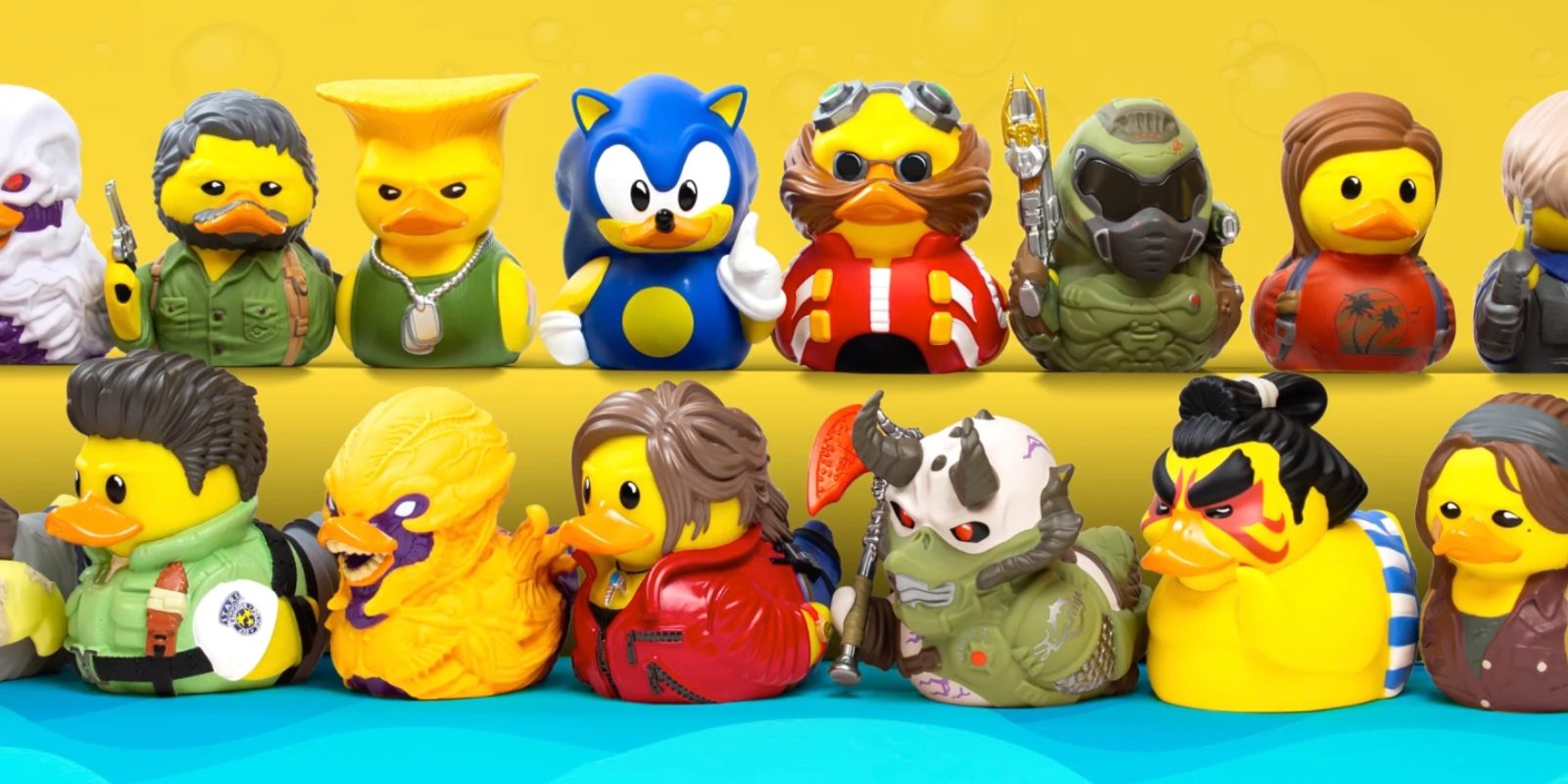 Quack, quack! New Tubbz gaming collectibles are on the way. After initially debuting back in August of last year, Numskull is unveiling “wave 2” of the most quackerrific cosplaying ducks on the internet. In a week jam-packed full of Funko POP! deals and new Funko Pokémon figures it’s time to take a closer look at the original Street Fighter, Resident Evil, and The Last of Us Tubbz. All the details are down below.

Last we heard from Numskull on its adorable lineup of rubber duckie cosplayers; we caught our first proper glimpse at wave 1. Those included iconic figures from a series of popular game and movie franchises, including Borderlands 3, Lord of the Rings and Crash Bandicoot, The Elder Scrolls, Ghostbusters, and more. With today’s introduction of wave 2, we are seeing new Street Fighter characters as well as a slightly odd-looking duck version of Sonic The Hedgehog, Resident Evil figures, and even a terrifying mallard-turned-Clicker from The Last of Us.

While it’s hard to go wrong with any of these Tubbz gaming collectibles, the new Last of Us characters is certainly a standout from wave 2. With The Last of Us Part II scheduled for release in late May and quickly ranking among the most anticipated releases of the generation (at least for PS4 gamers), now’s your chance to immortalize characters from the first game in the most adorable way possible. You’ll find duck versions of Tess, Ellie, Joel, and a Clicker, each of which shipping in the usual bath tub-style packaging that’s so nice you might not want to unwrap them. 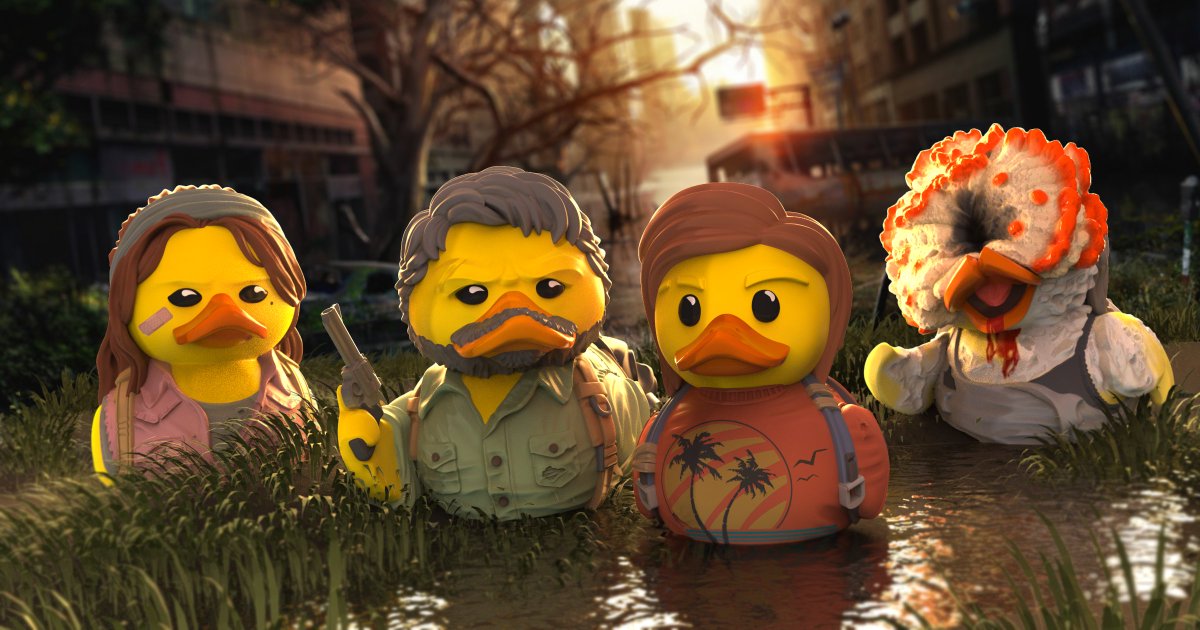 Much like the rest of the line, they are officially licensed Last of Us merchandise designed and engineered by the folks at Numskull Designs. As we mentioned above, each one ship in a Tubbz collector’s bathtub display box with The Last of Us logo and a stackable design. The “highly-detailed” characters are made from “high quality” PVC and stand approximately 3.54-inches tall when outside of the display box.

Post-apocalyptic America sure does look dreary. You can only admire Joel in his efforts to survive it, even after being transformed into a duck. Even so, he still certainly looks every inch the hero. This officially licensed collectable is part of the TUBBZ range, a highly collectable series of your favourite gaming, movie, TV show, and pop culture characters in duck form! 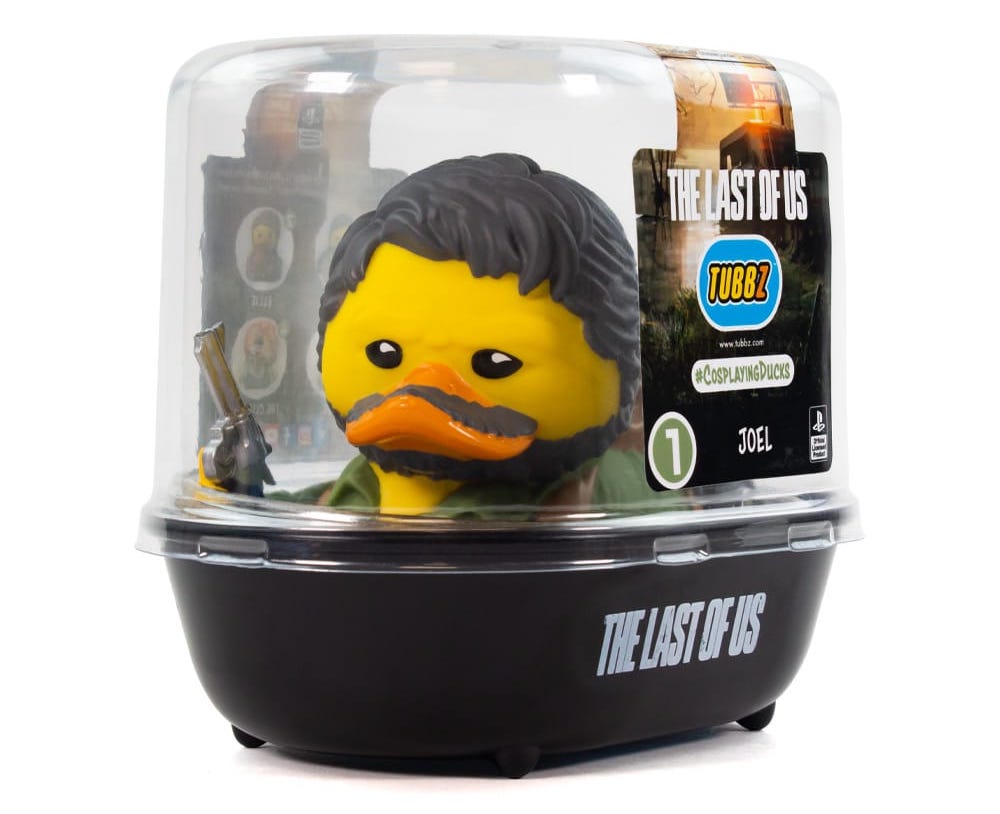 The wave 2 Tubbz gaming collectibles are now up for pre-order exclusively at Geek Store. All of which will begin shipping in April and May/early June with a $12.99 price tag.

These Tubbz collectibles certainly aren’t as popular as the Funko POP! everyone knows and loves. But with some licensing severe power in its corner, Numskull has come up with a great competitor that we can easily see catching on among fans of the adorable PVC collectibles craze. Prices are mostly on par with the standard edition Funko POP! figures, except we have loads of deals on those this week as we mentioned above. From movie and TV show characters to historical icons and more, we have a giant collection of deals starting from $5 to fill out your collection right now. Just make sure you leave some room for some Tubbz on your shelf if you’re looking to get into the cosplaying PVC duck game too.