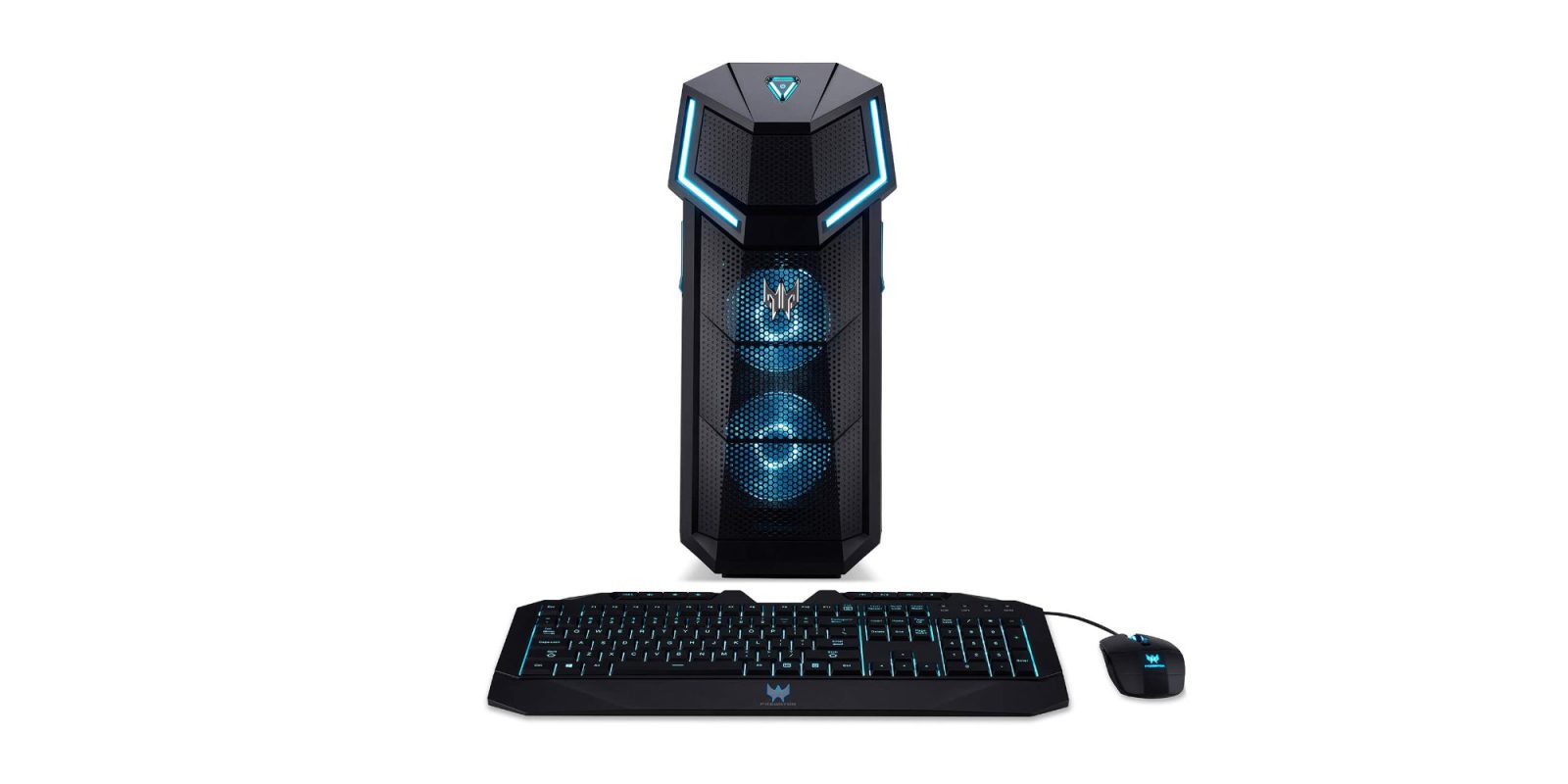 Amazon is offering the Acer Predator Orion 5000 i5/16GB/256GB Gaming Desktop for $1,138.48 shipped. That’s $260+ off the typical rate there and is an offer that we’ve seen beaten just once before. Armed with an Intel Core i5 CPU, this PC is able to operate at up to 4.3GHz. There’s 16GB of RAM installed and this build maxes out at 64GB, leaving you with plenty of headroom to upgrade at a later date. Predator gaming peripherals are bundled, ensuring you only need to have a monitor to be up and running. Ratings are still rolling in, but Acer is reputable.

While not as well-known as Acer, you can opt for SkyTech’s Blaze II Ryzen 5/8GB/500GB Gaming Desktop for $850 to pocket around $290 in savings. Armed with a 6-core CPU with up to 3.9GHz speeds and NVIDIA GTX 1660 graphics card, it’s said to run titles like Apex Legends, Fortnite, and Overwatch at 60+ FPS when set to 1080p high to ultra settings.

Those looking to play anywhere should swing by yesterday’s Razer Mercury White Blade 15 laptop deal. It’s still available for $470 off, paving the way for you to game and get some work done while on-the-go.

$260 off
You’re reading 9to5Toys — experts digging up all the latest technology and lifestyle deals, day after day. Be sure to check out our homepage for all the latest news, and follow 9to5Toys on Twitter, Facebook, and LinkedIn to stay in the loop. Don’t know where to start? Check out the best Apple deals, our daily podcast, and subscribe to our YouTube channel