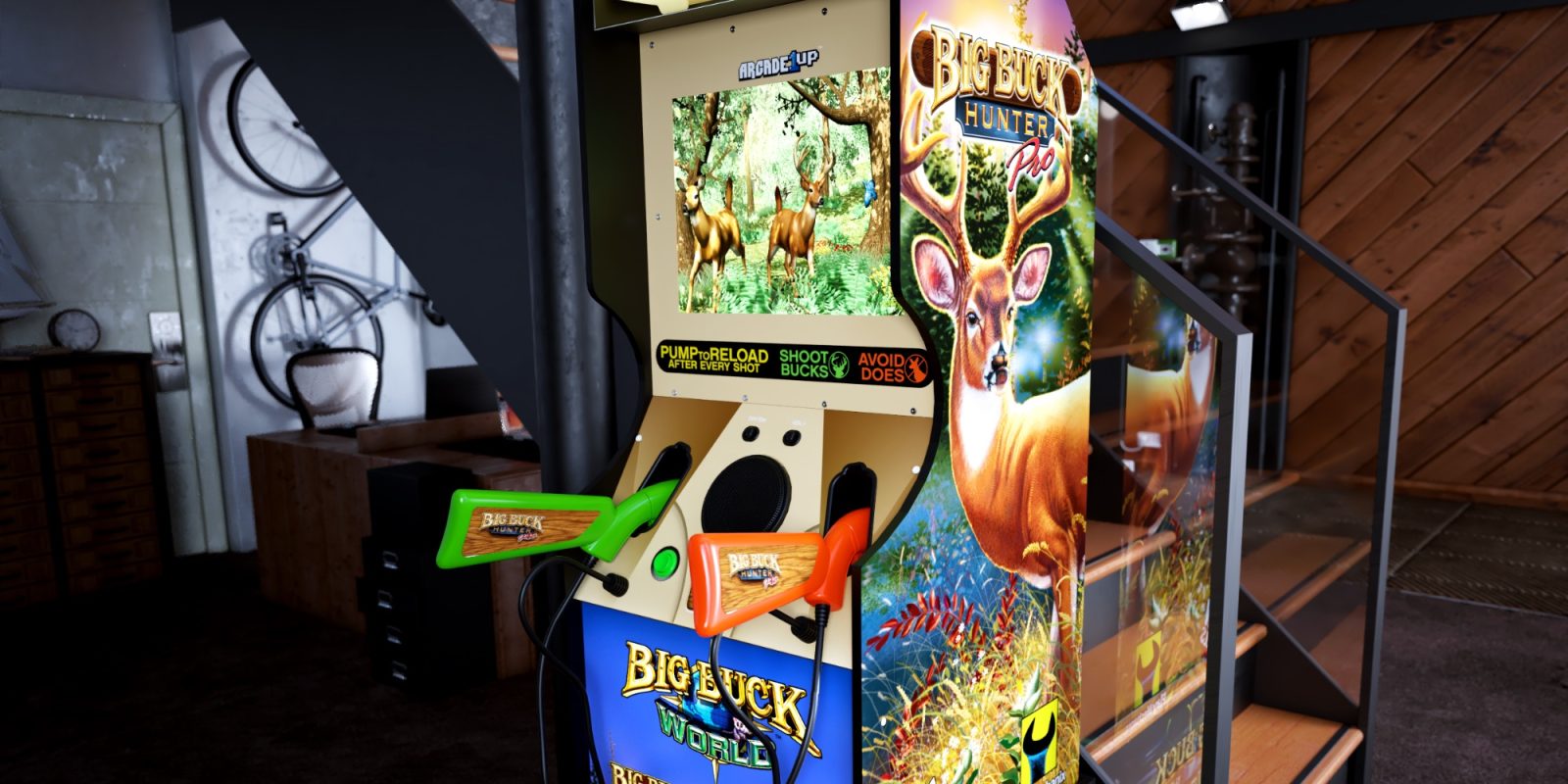 Today, Arcade1Up is expanding its collection of retro-inspired 3/4th-scale arcade cabinets, drawing inspiration from some utter classics in the process. With popular titles like Ms. Pac-Man, X-Men vs Street Fighter, and even Big Buck Hunter, the company’s new unveil further cater to vintage gaming fans. Head below for a closer look at all of the upcoming cabinets.

After getting a first look at some of Arcade1Up’s most recent unveils earlier this year at CES, the company is back with a lineup of new machines spanning plenty of different retro franchises. In total, there are four new ways to bring home some arcade action spanning everything from true classics to more recent machines.

In the most typical Arcade1Up fashion, today’s announcement kicks off with the unveil of a new Ms. Pac-Man cabinet. While the original yellow arcade character has already gotten the 3/4th-scale treatment, it’s now time for the spotlight to shine one the refreshed version. Alongside just Ms. Pac-Man, there’s also Galaxian, Pac-Man Plus, and Pacmania.

On top of Ms. Pac-Man, Arcade1Up is revealing its latest multiplayer machine in the form of X-Men vs. Street Fighter. This modern incarnation of the classic crossover fighting game includes two joysticks and pairs of buttons. On top of this cabinet’s namesake title, there’s also X-Men Children of Atom, Mutant Apocalypse, and Marvel vs. CAPCOM. A matching riser completes the package.

Arcade1Up is also debuting its very first shooting game alongside its standard arcade cabinets. While not quite as classic as Ms. Pac-Man or X-Men vs. Street Fighter, Big Buck Hunt is an iconic piece of arcade history in its own right. This fan-favorite title features everything you’d hope for from an at-home version of the machine, including two bright orange hunting rifles. The expected point-to-shoot play style is there, and of course, the entire cabinet is decked out in the game’s signature iconography. 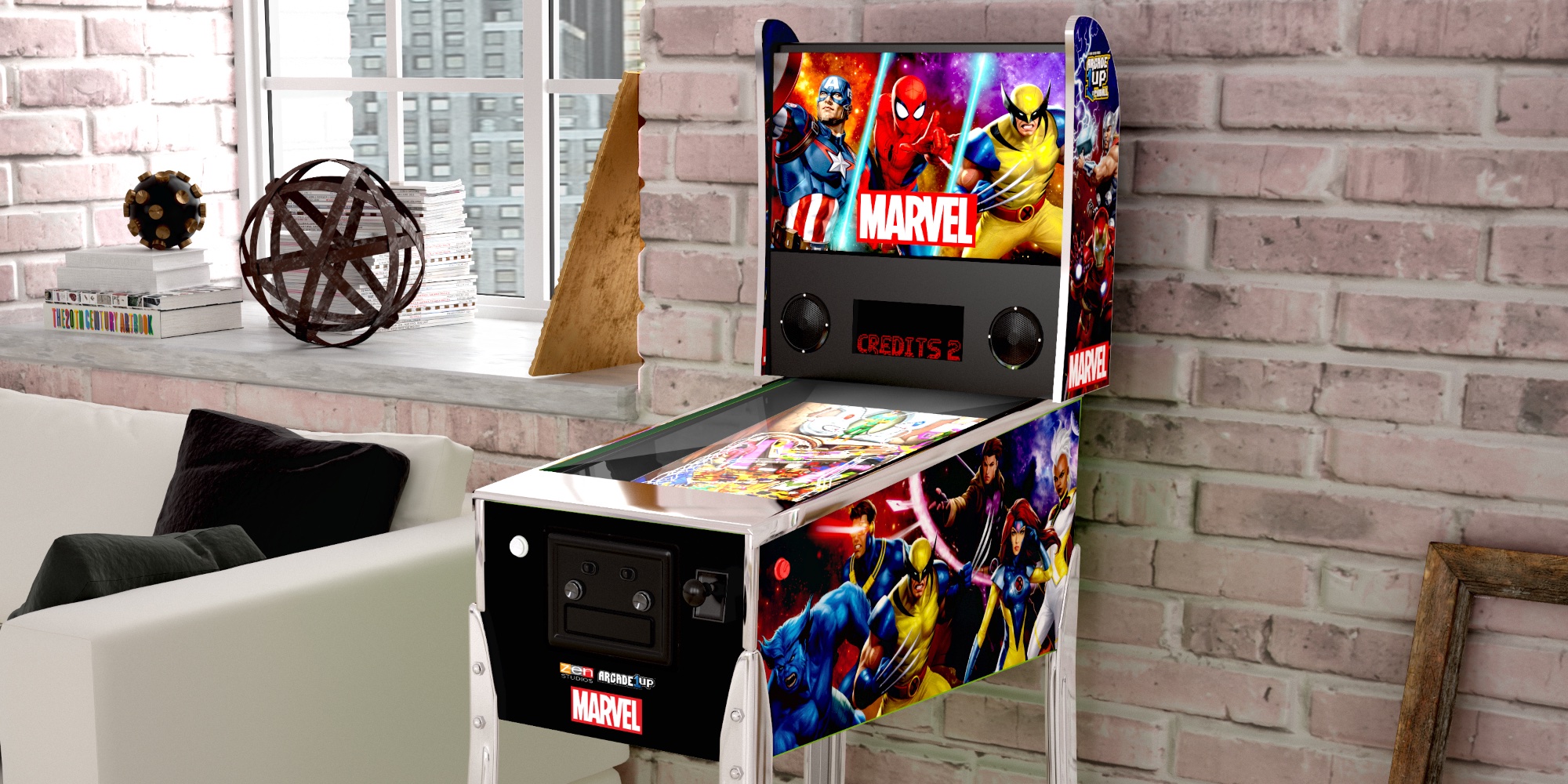 Lastly, we’ve also received a first-look at Arcade1Up’s latest pinball machine. Following up the Star Wars and Attack from Mars versions from earlier this year, Marvel is getting in on the action with its own glorious release. The digital pinball machine enters the lineup in partnership with Zen Studios and has the same 3/4th scale design as all the other arcade cabinets.

Pricing has yet to be announced across the board, and Arcade1Up is also keeping the launch date of its new unveils secret for now. Over on the company’s website, you’ll find store listings for each of the new unveils, hopefully leading to a launch in the coming months. We expect pricing will be in the $399 range for the Ms. Pac-Man, X-Men, and Big Buck Hunter cabinets. The Pinball machine is the biggest wildcard, as even the previously-announced models haven’t received pricing yet.