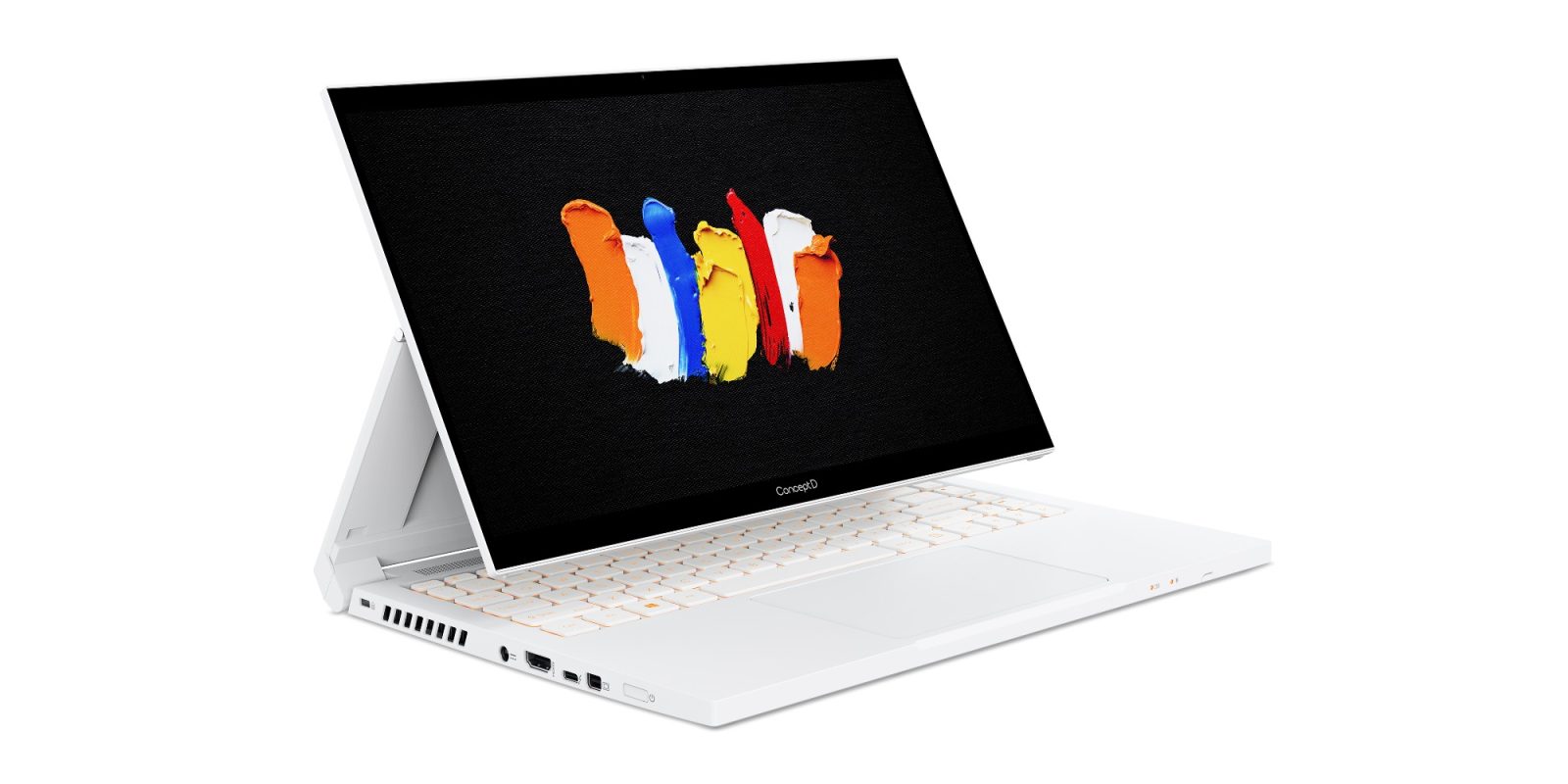 Acer has unveiled a new entourage of top-tier notebooks, desktops, and monitors clearly aimed at the high end of the market. Each falls under the Acer ConceptD lineup, which signals these are made with content creators in mind. Of all the releases, ConceptD 3 Ezel takes the cake with one of the first offerings out there to mimic the floating design found in Apple’s iPad Pro Magic Keyboard. That being said, it does takes things a bit further with screen sizes as large as 15.6-inches. Continue reading to learn about the rest of the Acer ConceptD lineup.

Let’s start with laptops. Acer ConceptD 3 Ezel is described as a convertible notebook that aims to provide creators with an “intuitive experience.” It features up to 18-hour battery life and an SD card reader and Thunderbolt 3 connectivity. Both 14- and 15.6-inch screen sizes are available. Pricing starts at $1,499.99 and its initial rollout is slated for August.

Next up we have the ConceptD 3 Notebook. It sports a traditional clamshell design and with a battery that’s said to offer up to 20-hours of usage between charges. Available screen sizes mimic what’s offered with Ezel. Given its more standard design, it’s not all that surprising to see this model clock in at $999.99, ensuring it can go toe-to-toe with the competition. Shipment is planned for October.

Those of you looking for a desktop should be pleased to hear the Acer ConceptD 100 desktop is here to save the day. It boasts a 9th-generation Intel Core processor and NVIDIA GeForce or Quadro GPU. Despite having a small form factor design, this PC sports at least 256GB of SSD storage and 32GB of DDR RAM. Unfortunately this offering is not slated for a US release, but instead will be limited to EMEA and pricing will start at €799. 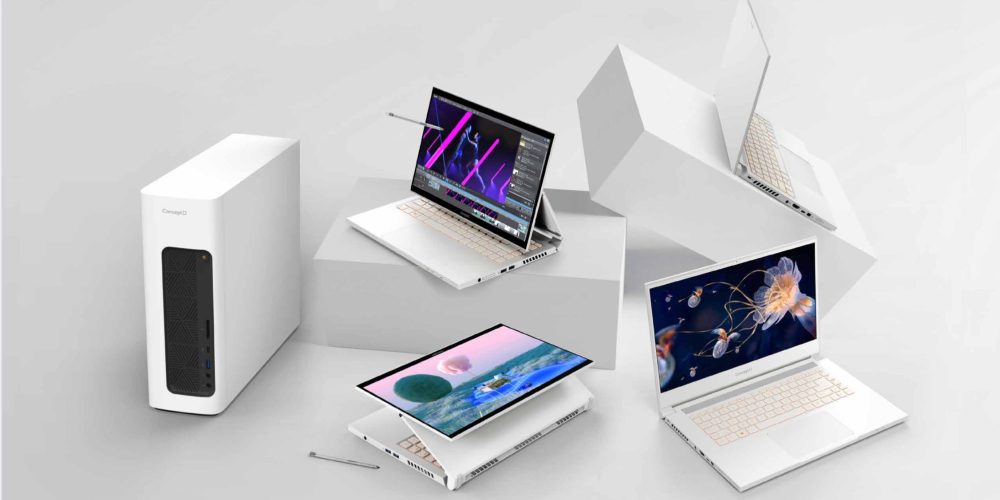 Last on the list is monitors, and Acer has debuted three new displays. First up we have the CP5 with a 2560 by 1440 resolution. It sports VESA compatibly, a 1 millisecond response time, and overclockable refresh rate of up to 170Hz. The new Acer ConceptD CP5 is slated for an August release with an accompanying price tag of $749.99.

For shoppers interested in a 4K display, the new Acer ConceptD CP3 and CM3 monitors check that box and more. The CP3 offering supports 98% of the DCI-P3 wide color gamut and a refresh rate up to 165Hz. CM3 offers up a 4-millisecond response time, 60Hz refresh rate, and a wide color gamut support for 99% of the Adobe RGB color space. Both CP3 and CM3 displays will be available in August with pricing set at $619.99 and $709.99, respectively.

No matter which ecosystem you prefer, it’s hard to ignore the clean look of the new Acer ConceptD lineup. Most would agree that Ezel stands out the most with its iPad Pro-like design. But arguably even Apple could stand to learn a bit from Acer as Ezel sports a much wider range of viewing angles than the Magic Keyboard currently allows.