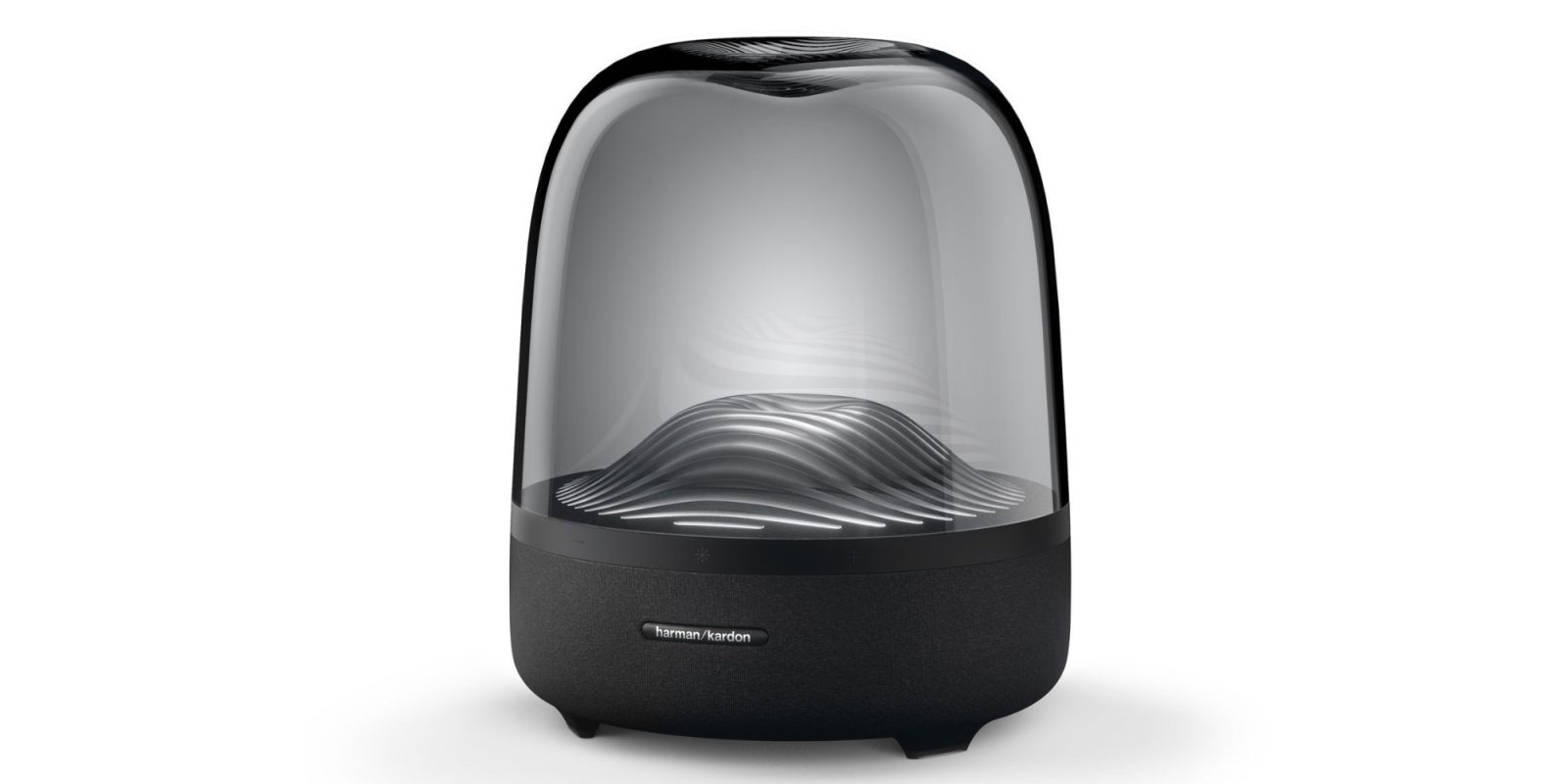 Harman Kardon’s latest entry into its stable of speakers was originally announced earlier this year at CES. But now several months after the initial debut, Aura Studio 3 and its slick transparent design is officially seeing the light of day. And with a more affordable list price than expected and an expedited launch window at that. Head below for all of the details, including pricing and how to lock-in your pre-order.

Harman Kardon’s latest release implements on the brand’s lineup of Aura Studio speakers. The newest version’s most unique feature is certainly its striking design that forgoes the typical form-factor you’ve probably come to expect from a speaker. With a fabric-lined base, the top portion of Harman Kardon’s speaker sports a transparent, domed enclosure that completes the look. Inside there’s some ambient lighting that produces an “elegant ripple effect.”

Compared to previous iterations, Aura Studio 3 has a less busy overall design and refreshes its actual audio playback capabilities. This time around, Harman Kardon has baked in 360-degree playback powered by a 100W internal speaker array. The base also integrates a built-in subwoofer to achieve a more balanced profile. You’ll only be able to rely on Bluetooth for wirelessly beaming music from a device, and a 3.5mm port is then joined by its power cord input. 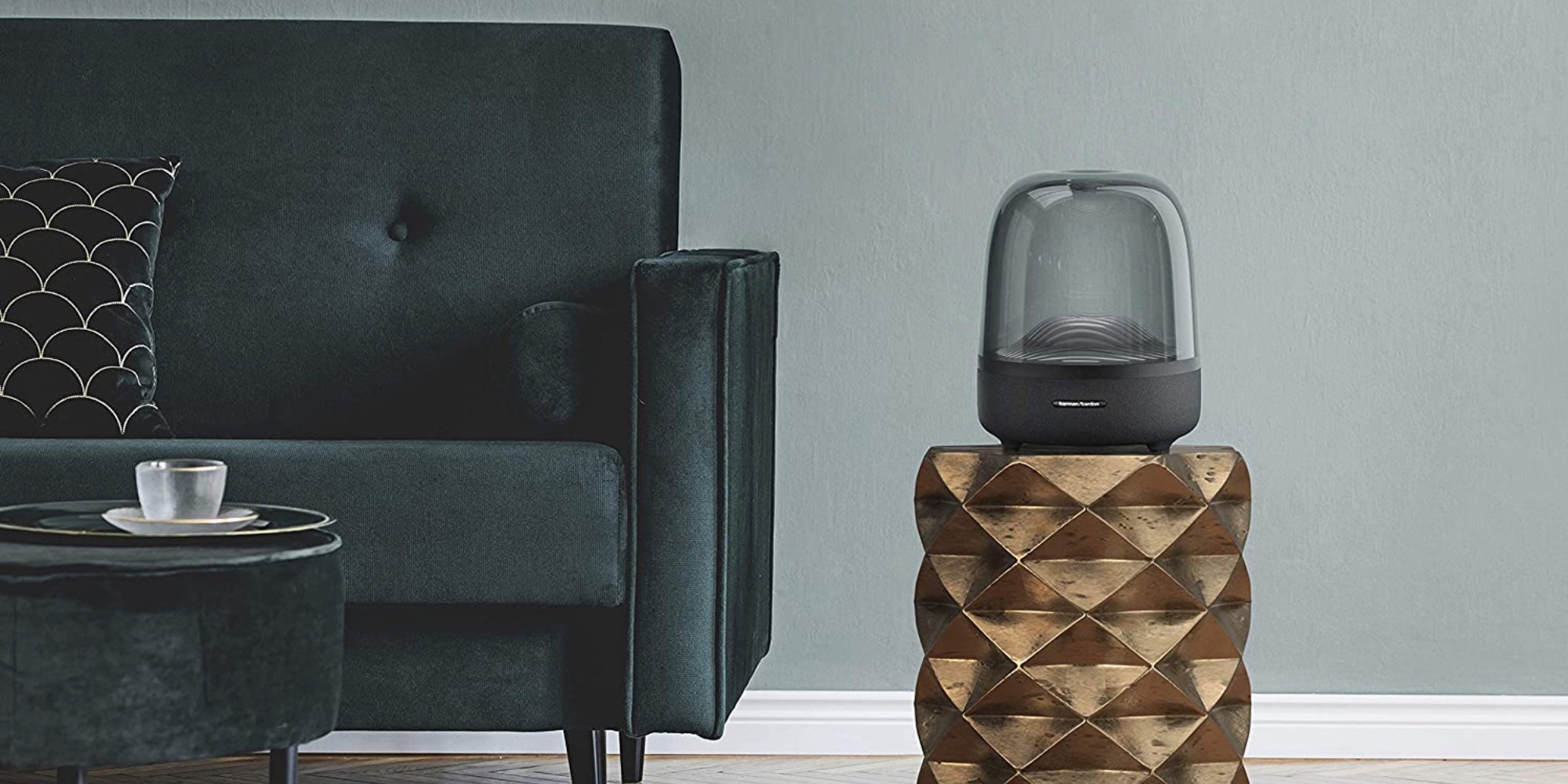 Harman Kardon is also adjusting the original launch date of its Aura Studio 3. While it was set to be released just ahead of the holiday season, the speaker will now be available as next month rolls around. Given that most shipping date charges lately have been delaying a product’s launch due to COVID-19-related difficulties, it’s refreshing to see a debut moved up.

The new Aura Studio 3 is now available for pre-order at Amazon and enters with a $299.95 list price. That’s $100 under what it was originally slated to sell for. As noted above, shipping will begin next week on July 1.

Whether or not you adore the Aura Studio 3’s design is really what seals the deal here. The price leaves a lot to be desired in terms of smart speaker capabilities, especially compared to what you can get from Apple, Google, or Sonos. Even with it packing Harman Kardon’s signature audio, there are certainly better values out there. But one look at the upcoming speaker and value clearly isn’t what the folks at HK were going for.

So at the end of the day, if you want a speaker that’s just as much a part of your home decor as it is a way to rock out, Aura Studio 3 seems like about as unique of an option as you can find.