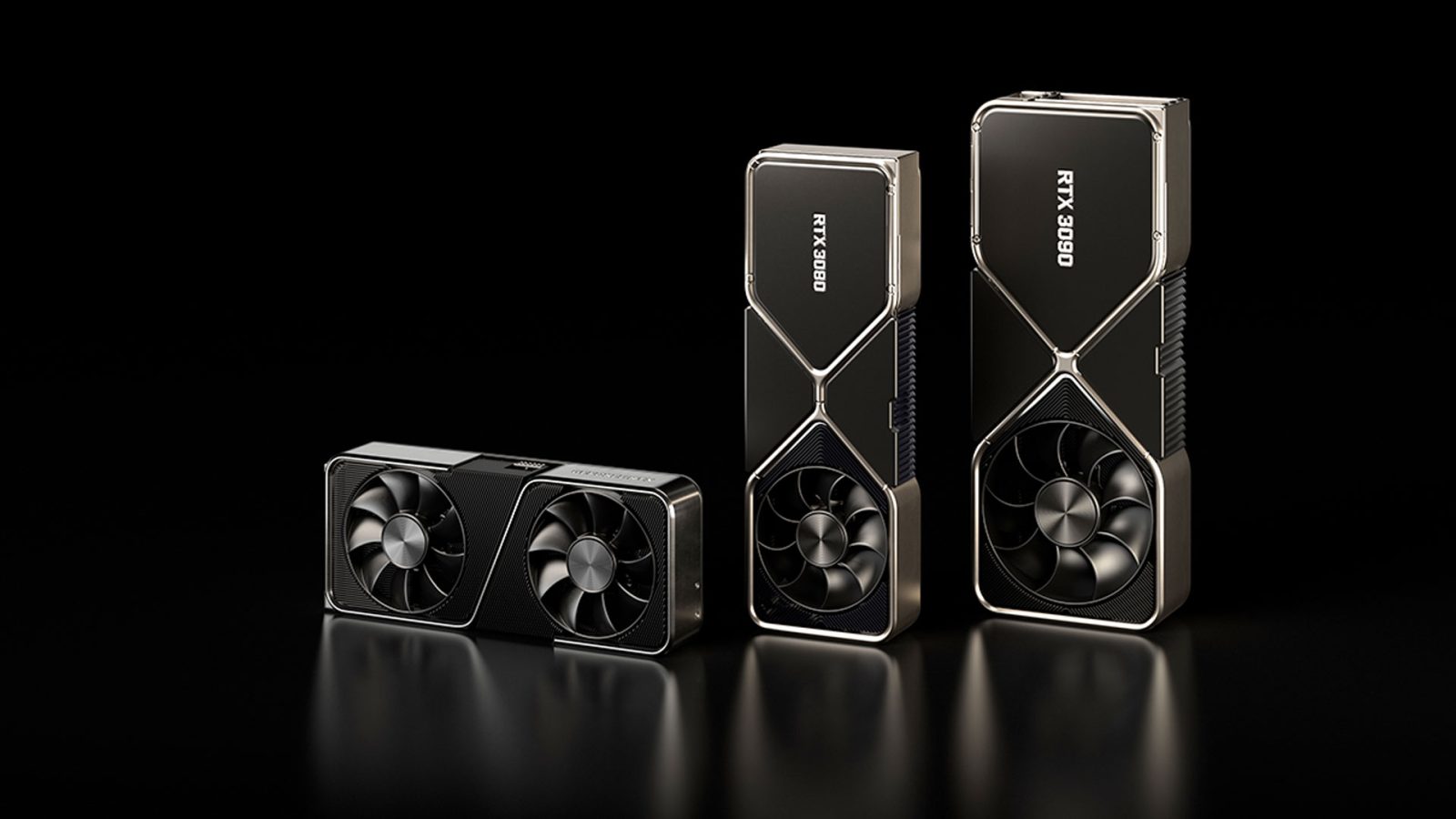 Today, NVIDIA announced its upgraded RTX 30-series graphics cards, with the 3070, 3080, and 3090 in tow. These brand-new GPUs sport insane graphical performance, blowing away the last-generation of RTX 20-series cards in both specs and price. You’ll find an all-new cooler here, as well as one of the most powerful GPUs that NVIDIA has ever created. What all can RTX 30-series GPUs accomplish? Well, keep reading to find out.

When it comes to entry-level GPUs, generally there isn’t a whole lot of power to be had. While $499 is a bit above entry-level, and more mid-range, the RTX 3070 will be the card to beat within its price point. You’ll find that the RTX 3070 is “faster than the RTX 2080 Ti” at “less than half the price,” according to NVIDIA. They claim that it’s 60% faster than the original RTX 2070, making it a fantastic card for those who want killer performance without breaking the bank. The RTX 3070 will be the sweet spot, I think for 1080p144 and 1440p60 gamers who want to hit ultra everything without breaking a sweat. But, for those in the market for something a bit more powerful, the RTX 3080 steals the show.

While the RTX 3070 offers killer performance for its price point, if you can drop the extra $200 on the RTX 3080, it’ll be well worth the investment. Stepping it up from 8GB of GDDR6 VRAM to 10GB of GDDR6X, you’ll have the performance of “up to 2x faster than the RTX 2080.” That’s right, NVIDIA claims that the RTX 3080 is as powerful as two RTX 2080 graphics cards, which were among the highest-end offered last-generation. You’ll find that the RTX 3080 can easily deliver 4K60 gaming, likely at ultra, if what NVIDIA has told us is true. To get this kind of performance on 20-series RTX cards, you’d have to pick up two 2080’s, which would have set you back around $1,400 combined. The RTX 3080 will be the sweet spot for PC gamers, I think, as it offers insane specs at a price that many were already planning on spending. 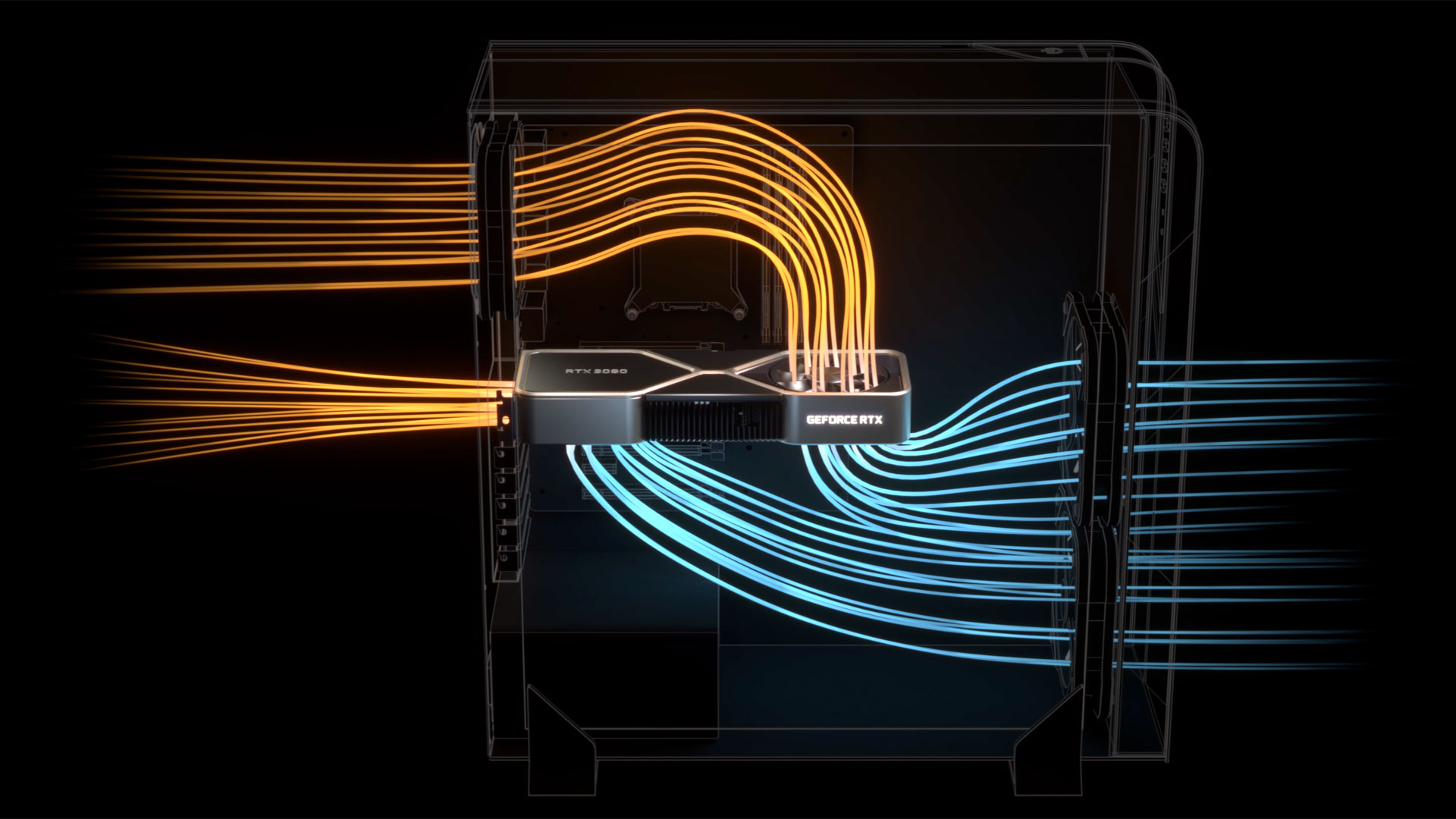 While the jump from 3070 to 3080 is just $200, going up to the RTX 3090 will set you back a whopping $1,499. That’s because it’s a BFGPU, or Big Ferocious GPU, according to NVIDIA. It comes with a “silencer,” which is a three-slot, auld-axial, flow-through design that is up to 10x quieter than the Titan RTX, and keeps the RTX 3090 up to 30-degrees Celsius cooler. Offering an insane 24GB of GDDR6X VRAM, the RTX 3090 is designed to tear through it all. You’ll find that it’s up to 50% faster than the current highest-end Titan RTX graphics card, which is an absolute insane claim. NVIDIA says that the RTX 3090 will be able to game at 8K 60FPS, which is unheard of before now. If you’re wanting the absolute ultimate gaming experience, the RTX 3090 is bound to deliver.

The Predator Orion 9000 is the “Do it all, at once” computer according to Acer. It features up to the 3090 graphics card and the i9-10980XE extreme edition processor, which is built to “melt through AAA titles on max settings.” You’ll find three ARGB-equipped Predator FrostBlade fans to keep the internals cool, with a bold design with angular features, an EMI-shielded tempered glass side panel, and more. 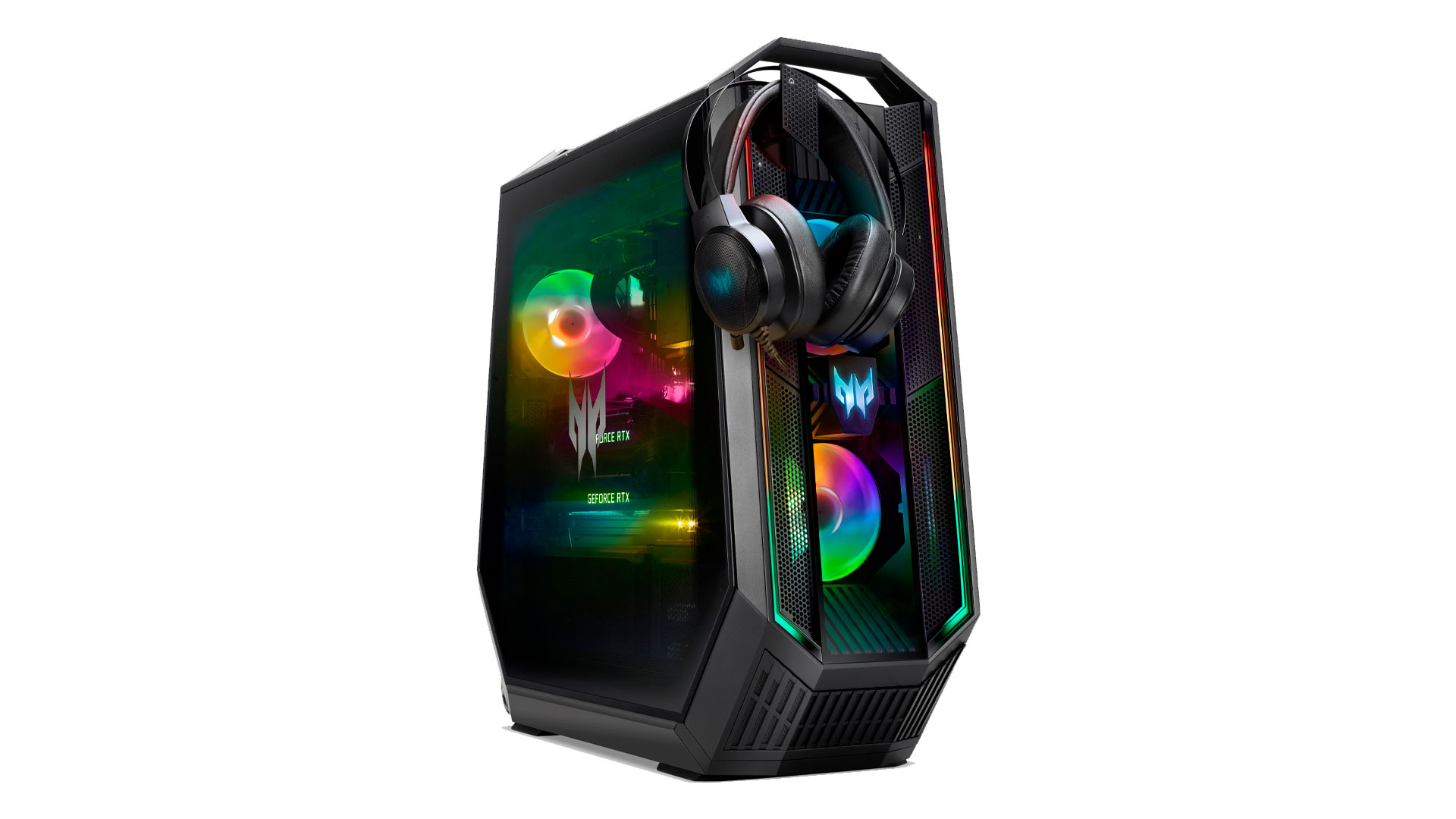 However, opting for the Predator Orion 500 is a great way to just enough “seamless gameplay.” It’s a powerful desktop that comes with up to the RTX 3090 and Intel’s i9-10900K processor, which is just slightly less powerful than the extreme edition CPU mentioned above on the Predator Orion 9000. This delivers “fluid, high-framerate gameplay that is impressive for a mid-sized rig.”

Acer’s Product Orion 3000 packs big performance into a small footprint. With an 18-liter tower, you’ll find that the Product Orion 3000 is great for those who have a smaller space to work with. Packing up to the RTX 3070 GPU and the latest 10th gen i7 processors, this desktop is great for those on smaller budgets who don’t need to play AAA titles at 8K60 on the RTX 3090.

The NVIDIA RTX 3080 will be available starting September 17, while the 3090 comes September 24 and the 3070 will be launched sometime in October. Acer’s exact launch dates are yet to be announced.