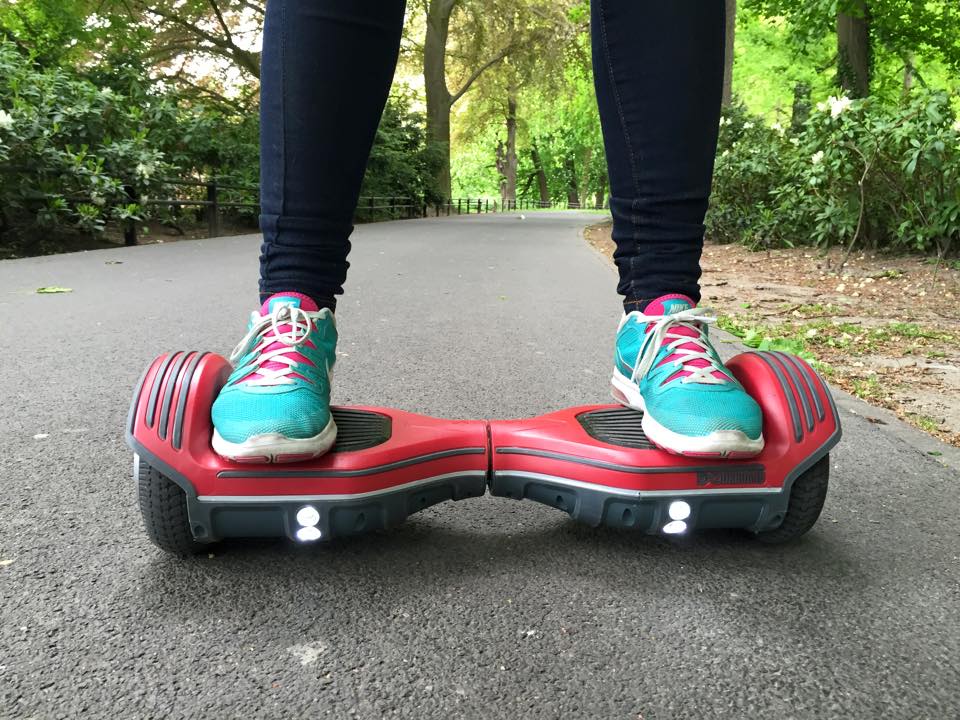 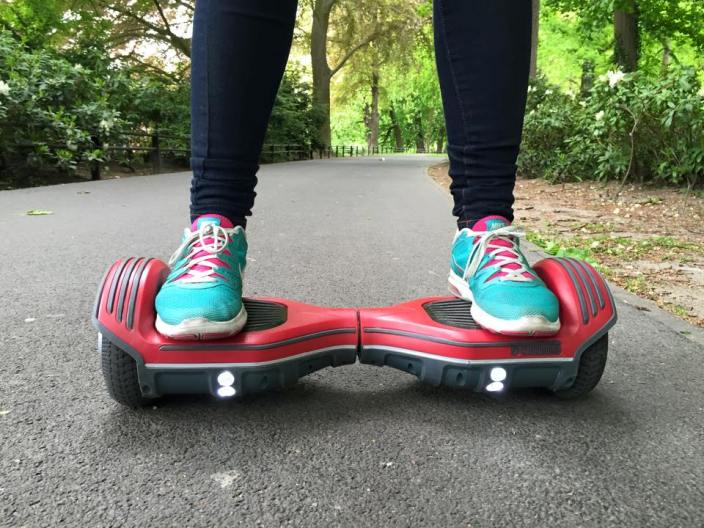 While Segway has been met with a general ‘meh’ since its release in back in 2001, there is still a strong market of people wanting alternative transportation. Because of continually evolving battery technologies, there is constant innovation in this category bringing new ideas to fruition.

A company out of the Netherlands has introduced a new electric two-wheeled transporter that blends skateboarding and Segways into a unique package. This handleless device – dubbed OXBOARD – looks like something straight out of Back to the Future. 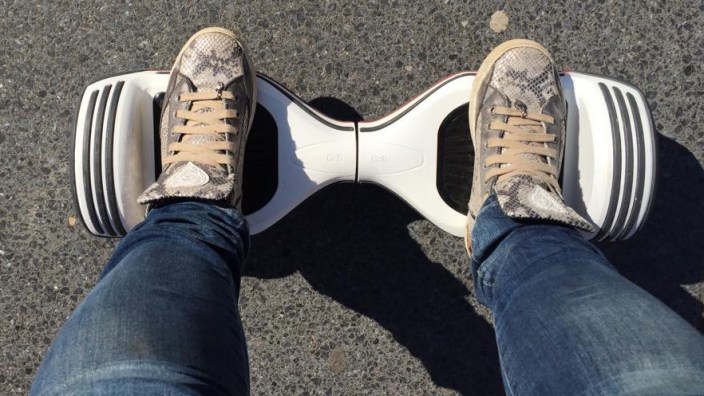 The design is straight forward with one wheel on each side of the platform, which has an area clearly marked out to place your feet. Each wheel has modern hubcaps with wells that provide coverage so riders are protected while moving. Each side of the OXBOARD moves independently to steer the device. The front has LED lights that illuminate the path ahead, although we’re not certain that riding this at night would be the best idea.

Much like Segway, OXBOARD uses built-in gyroscopes to help riders keep their balance. Overall dimensions are 24 x 9 x 9 inches with a weight of about 20 pounds. OXBOARD can cruise along for about 12 miles before needing a three hour recharge and the manufacturer notes that it’s best to use it in dry conditions. It can handle riders up to 250 pounds, although speeds although speeds are effected by the weight of the user.

OXBOARD looks like a pretty cool device in photos and in videos. Although, you can bet that there will be a fairly substantial learning curve. While Segway has been met with much resistance, as well as ordinances outlawing use, OXBOARD is likely a more consumer friendly option. Aside from its cheaper price, it also has a smaller footprint that is more conducive to sidewalks. OXBOARD is available to purchase for €799, which is roughly $860 here in the United States. Initially, OXBOARD has three color designs: red, white and black that each have unique stylings (the red is our favorite). One thing is for sure, it can be a dangerous ride out there.