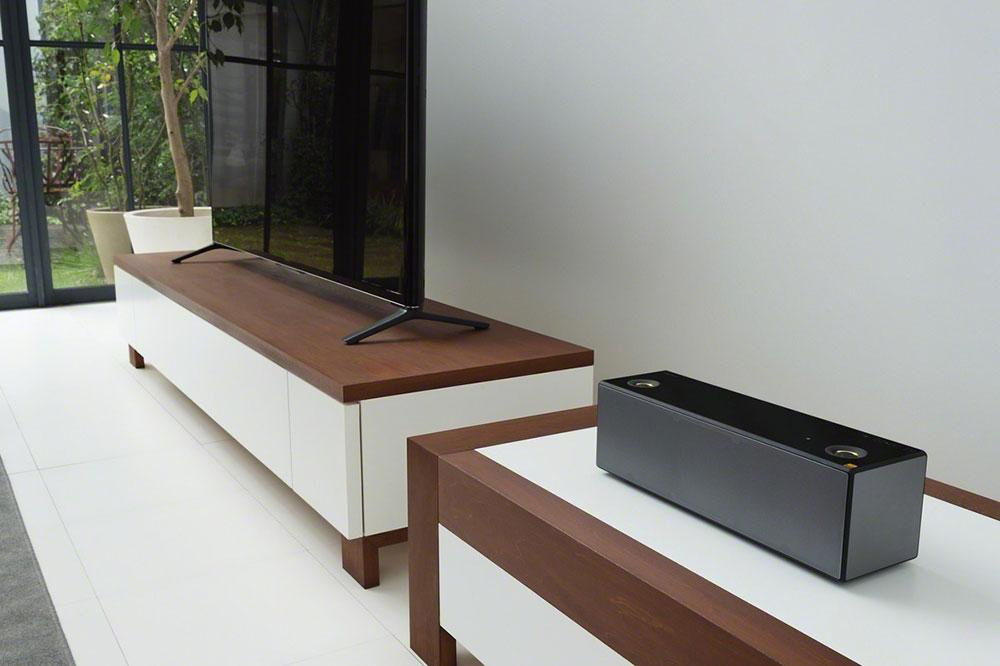 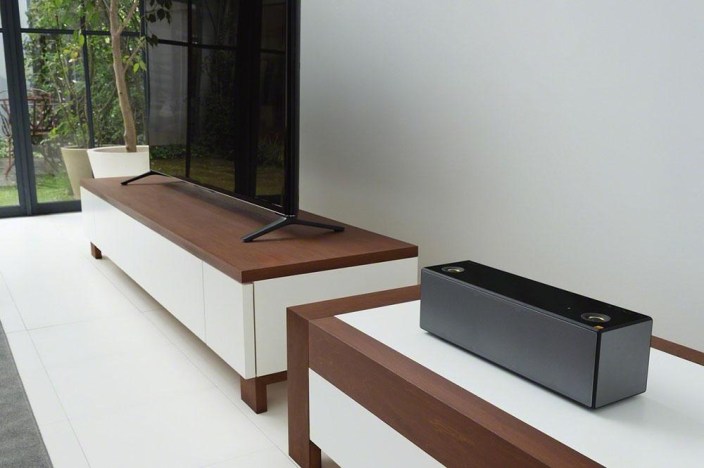 After releasing a new Bluetooth-enabled LED lightbulb last month, Sony is back again today with details on new wireless speaker options for your home. As a follow-up to Sony’s highly-rated previous generation models, these new speakers have a simple and unobtrusive design. However, it’s the price tag and amount of power that really make them stand out. 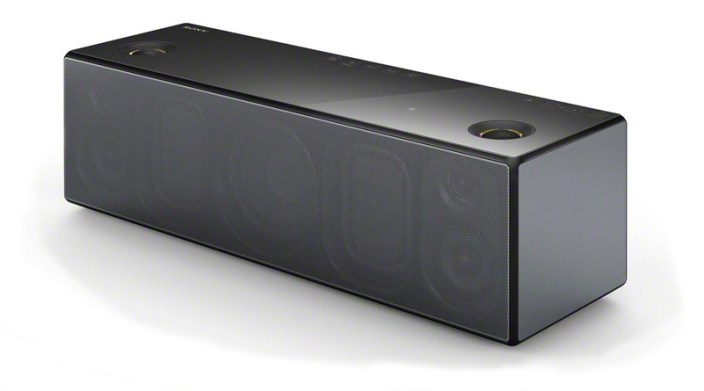 Sony has three new speakers coming down the pipeline: SRS-X77, SRS-X88, and SRS-X99, with each model packing a different set of specs and pricing. The headliner is the sizable SRS-X99 which should fill a room with sound thanks to its 154 watts of power and seven speakers. With four tweeters, two midrange drivers and a subwoofer, it’s easy to see why this is a bulky speaker in comparison to other Bluetooth competitors on the market. Sony includes its S-Master HX digital amplification which helps it handle high-resolution music files like FLAC. This model will retail for $700 at Amazon later this month.

The rest of the line-up is rounded out with two more modest offerings in comparison to the X99. First up, the SRS-X77, which comes in with a price tag of $300 includes a 40 watt speaker with a built-in subwoofer and dual passive radiators. Sony’s other release, the SRS-X88 has 90 watts and five speakers all together for $400. Unlike the X77, this model will support high-resolution audio files. Both will be available from Amazon by the end of the month.

All three of Sony’s new audio options include built-in Wi-Fi for AirPlay or Spotify connect access as well as Google Cast, which allows music lovers to stream Pandora and Google Play music directly to the speakers.

Note quite ready to jump into the deep end with Sony’s pricey new options? The previous generation models are currently discounted by as much as 30% at Amazon.

The SRS-X77 features incredibly vibrant sound, thanks to Sony technologies such as DSEE™ and S-Master™, allowing music lovers to make the most of their favorite tunes on-the-go or at home. Packing 40 Watts, the speaker delivers rich, full and powerful sound and a built-in subwoofer and dual passive radiators provide extended bass response.

Both the SRS-X88 and SRS-X99 support playback of a wide variety of Hi-Resolution music files including MP3, WMA, AAC, WAV, FLAC, AIFF, ALAC and DSD. Just connect a PC or thumb drive to the speaker via built-in USB to enjoy music as the artist intended, in the superior quality of Hi-Resolution audio.

Music, Where and How you Want It

All three speakers have Google Cast built-in, giving users the ability to easily stream their favorite music apps, online radio stations and podcasts such as Pandora and Google Play™ music to their speakers. By pushing the cast button on a compatible device (in a Cast compatible app), users can search, browse, play, skip and turn up the volume – all directly from the app. Additionally, since Google Cast streams music directly from the cloud, versus streaming directly from a compatible device, it minimizes battery drain when compared to traditional Bluetooth.

The new multi-room functionality in all three speakers allows music lovers to stream music throughout the home. Using the all new SongPal™ Link functionality, part of the SongPal app, users can easily tap into their favorite tunes, dynamically configure their listening across multiple wireless speakers¹, compatible sound bars and A/V receivers, and manage the content being enjoyed on them.

Embedded Wi-Fi allows for accessing iTunes via Airplay or Spotify content via a Wi-Fi network or accessing music files on a DLNA compatible PC or Home Media Server. Bluetooth and NFC (Near Field Communication) connectivity supports easy setup and streaming.