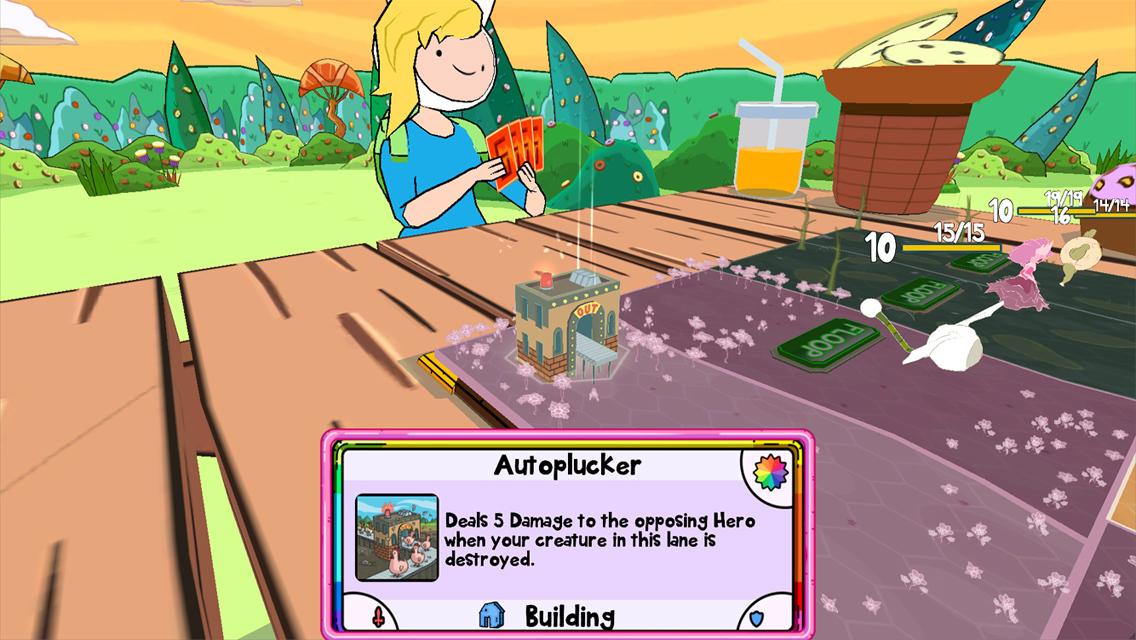 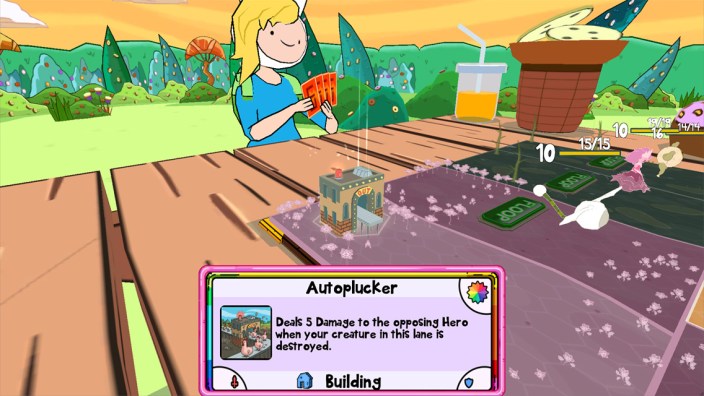 Apple has now officially selected Card Wars – Adventure Time Card Game as the new App Store Free App of the Week. It regularly goes for $3.99 but can now be downloaded to all your iOS devices for free. This is the very first time the game has gone free on the App Store since its release a year ago.

Inspired by the Adventure Time episode by the same name, this is a card based game that has players control “an army of awesome warriors, including Husker Knights, Cool Dog, the Immortal Maize Walker, and even the Pig to destroy your opponent’s forces!”

CUSTOM DECKS! Collect new cards to customize your deck for each opponent. Level up your creatures, spells, and towers, or fuse them together to make your cards even more powerful.

HIGH STAKES BATTLES! Think you’ve got what it takes to be crowned a Cool Guy, or will you end up drinking from the Dweeb cup? Play as Finn, Jake, BMO, Princess Bubblegum, Marceline, Flame Princess and more as you wind your way through the Land of Ooo!

Head over to our daily game/app roundups for more discounted and free iOS deals. 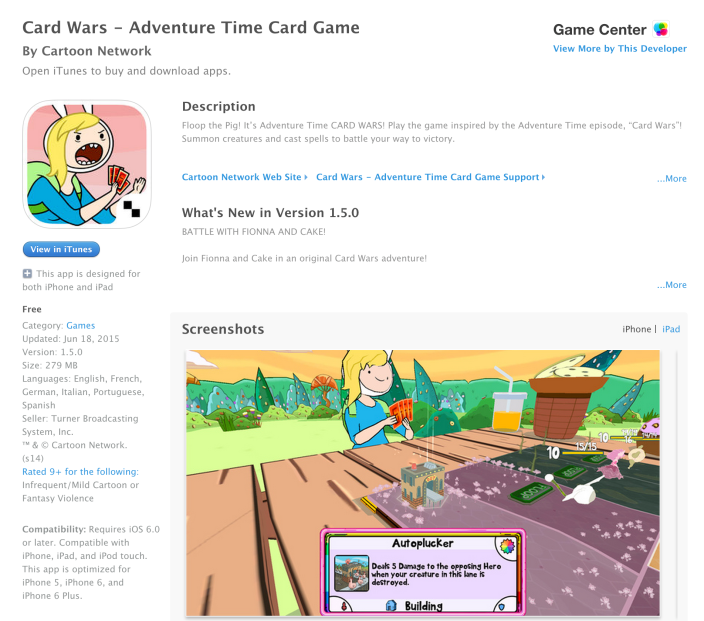