Apple’s introduction of multi-touch input on the original iPhone completely changed the way that we interact with our devices. Movements like pinch-to-zoom and now Force Touch have become engrained into the technology experience. The ability to recognize different levels of pressure and movements is being used to reimagine the way we manipulate software.

Sensel Morph is a new Kickstarter project that is providing a foundation for software-specific input devices that can be changed quickly and easily. This new device is centered around a keyboard sized slab that is layered with 20,000 sensors that work together to detect unique movements and pressure. Input is handled by different overlays that focus on a specific activity.

Imagine an amplified version of Apple’s Force Touch input system with enhanced customization. In the beginning Sensel will release ten overlays that can act as a keyboard, canvas, and a piano amongst other categories. These “physical apps” are interchangeable and snap into place with magnets, from there the hardware notes the change and begins accepting the appropriate inputs. MicroUSB handles connectivity to the computer while Bluetooth LE communicates with iPads and other tablets.

Sensel is making a hard push at the creative community, which has labored through varying degrees of good and not-so-good input devices for years. Companies like Wacom have attempted to bridge the gap for years with input tables and capacitive touch stylus. To their credit, some products have been very successful but have lacked the feel of a true pen and paper experience. Morph is noteworthy for its ability to recognize strokes from real paint brushes, according to the video testimony it can even detect light touches at the end of a swipe. Pencil by 53 co-founder Georg Petschnigg is featured in the video discussing that difference between a physical and digital input. If this holds true for Sensel there will certainly be a market for it. 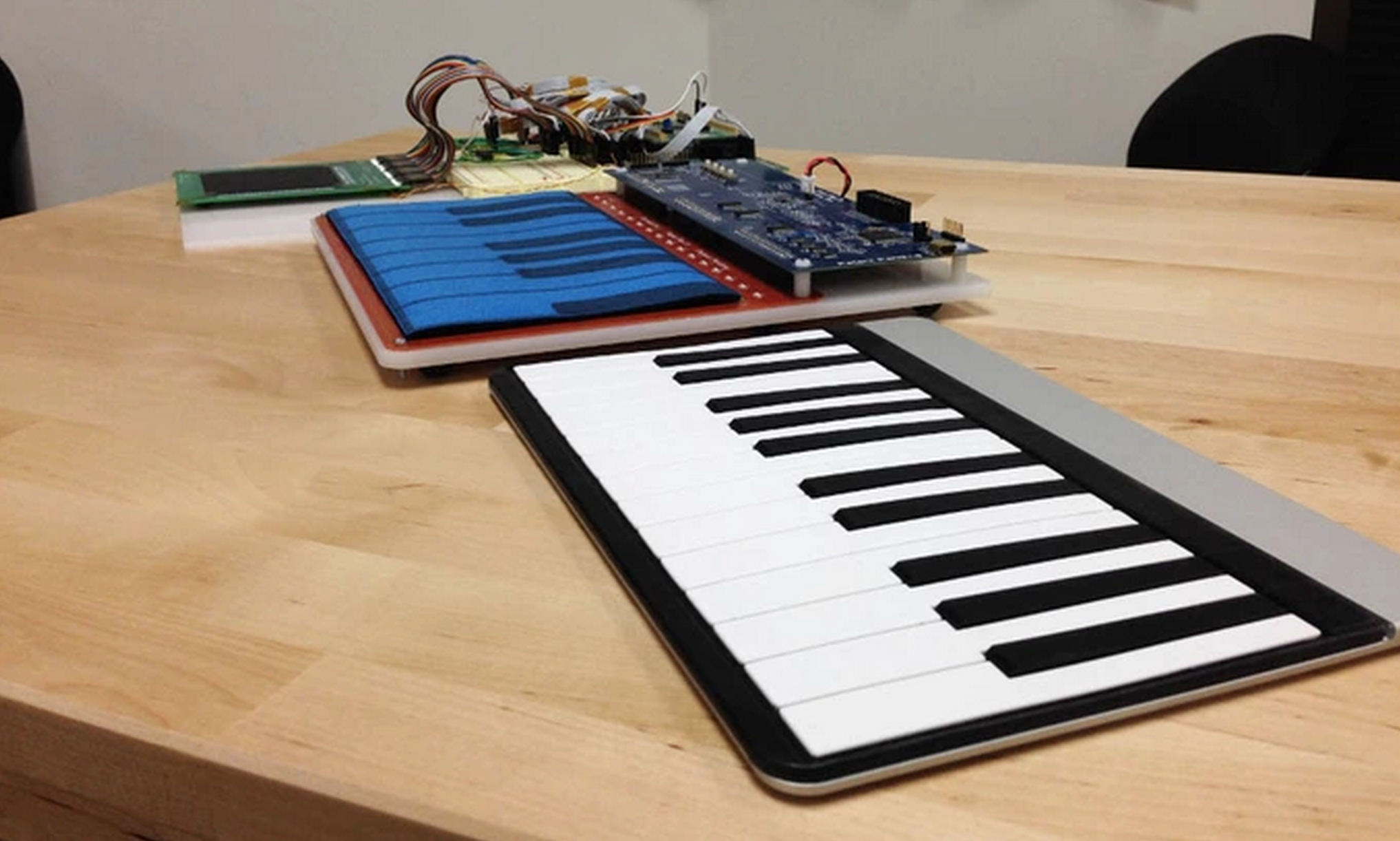 An overlay is not required to use Sensel – the bare tablet can provide gesture controls for gaming, while coding and software development are also potential uses as well. An open API will be released along side the Morph if it is fully funded. Sensel hopes that this will spur even more creativity for its device.

Other key features include the ability to combine two Morphs to create a large input surface. A power button, LED indicators and USB charging port can be found on the Morph as well, which is about the size of an iPad and weighs just under a pound. With 44 days to go, Sensel has rasied $53,000 of its $60,000 goal for Morph. An early bird pledge of $199 will deliver a Morph with three overlays next summer. Additional funding options will bring more functionality and overlays.