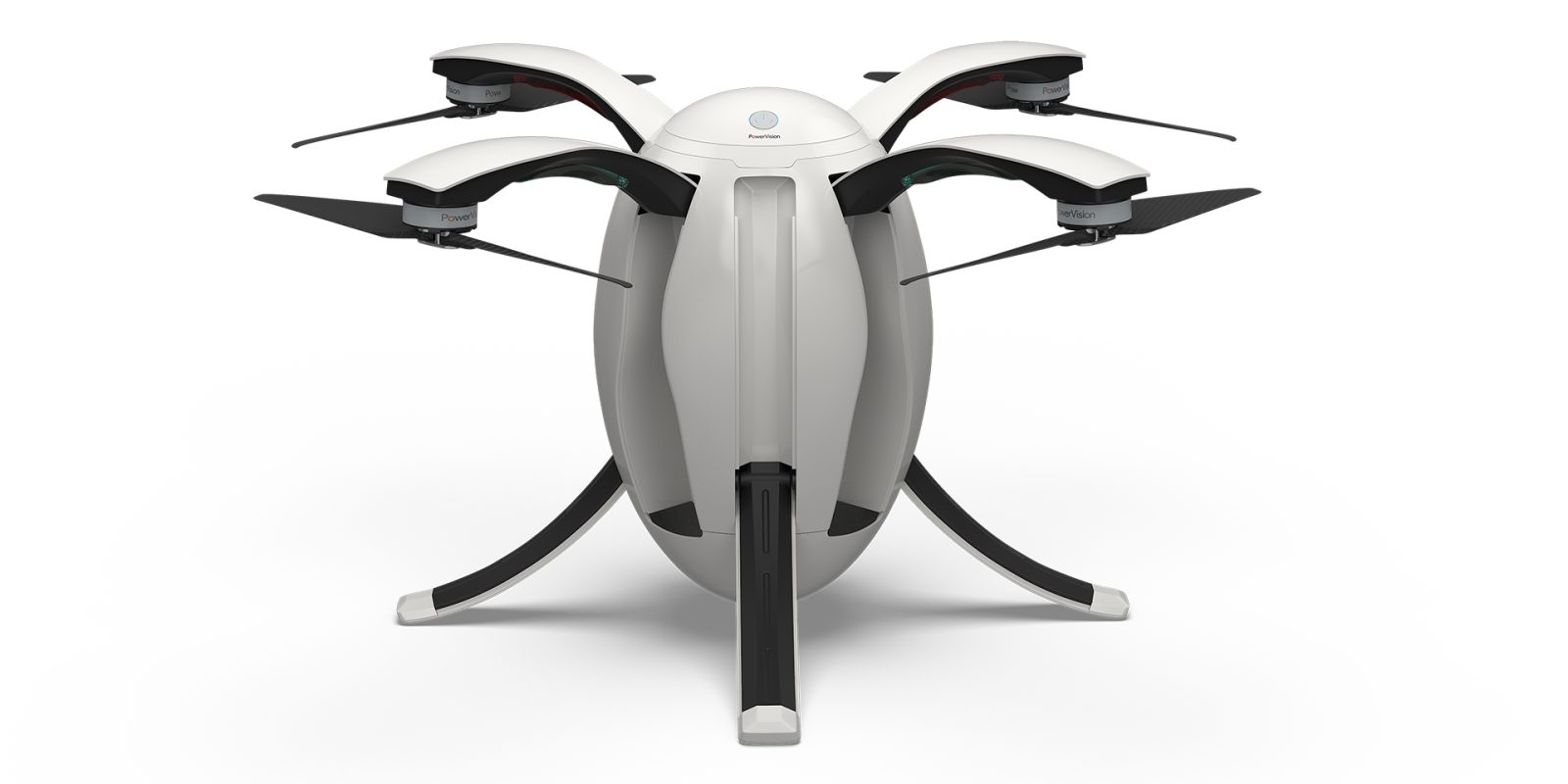 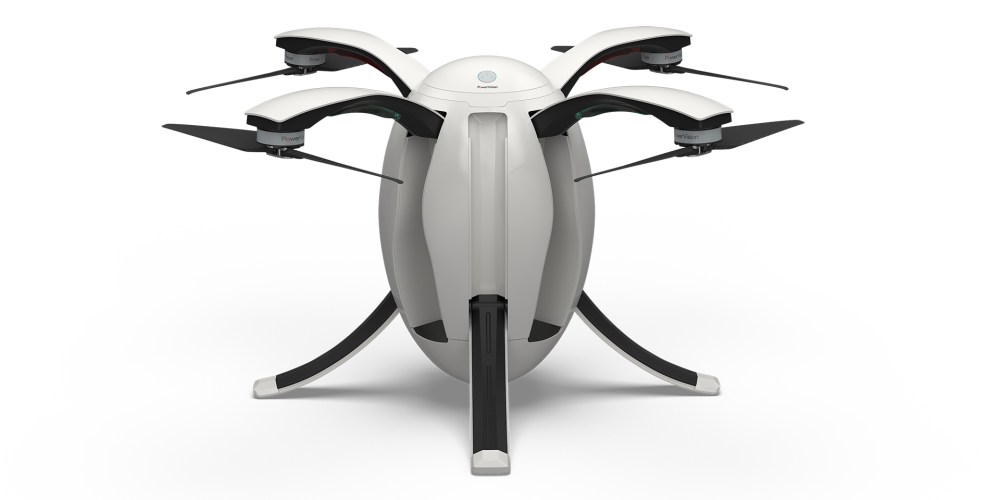 PowerVision, an industrial drone and robotics company out of China, has released details on a new consumer-focused model with a unique design. The PowerEgg drone is shaped much like its name suggests. By opting for a vertical oval-shaped design, PowerVision has focused on creating a product that it claims flies with less resistance. One of the coolest features is how the wings automatically extend from the body during flight. Head below for a cool video detailing how it functions.

The focus on the design revolves around lightweight materials that helps increase flight time. When combined with larger propellers, PowerVision says its new drone was created to ease the struggle of flying a drone for the first time. CEO Wally Zheng says, “We want flying a drone to be child’s play, something even a five-year-old can do.”

PowerVision has checked all of the boxes when it comes to technical specifications. The PowerEgg has a 360-degree panoramic 4K camera that operates on a 3-axis gimbal. Much like popular drones from DJI, the live video feed can be beamed to compatible iOS or Android devices.

Another intriguing feature is the PowerEgg’s built-in “optical flow” sensors. The “advanced” positioning system is design to help the drone (and pilot) navigate through indoor spaces with ease. PowerVision doesn’t go into much detail about this feature-set, but if it proves to be effective, it will be a welcome addition.

The PowerEgg is set to be released in Q2 of this year. PowerVision doesn’t go any further detail about pricing but we’d expect it to fall in the $1,000-$1,500 range, much like DJI’s high-end offerings.

Don’t need the camera? Check out these handy little Cheerson drones that retail for around $15 at Amazon. If you need a traditional option, check out our deals on DJI’s Phantom 3 drones.

SAN FRANCISCO, Feb. 10, 2016 /PRNewswire/ — Powervision Robot Inc., a leader in robotics and big data best known for its industrial drones, announced their first consumer drone, the “PowerEgg,” today. The PowerEgg features an innovative egg shape which, in addition to being aesthetically different than the many X-shape four-axis drones currently on the market, makes it foldable and easy to transport. The lightweight PowerEgg can be easily folded and carried in a backpack and will be available in early Q2 of 2016.

According to Powervision CEO Wally Zheng, “Powervision wanted to create a beautiful yet functional design for the PowerEgg. We think the oval shape is not only clean and pure but also has the structural and functional benefits. This simple yet vital design means that this is more than a flying robot but a work of art.”

Although PowerEgg was developed for the mainstream consumer market to allow everyone to enjoy the drone flying experience, it still includes advanced technologies that rival industrial drones, including a 360-degree panoramic 4K HD camera on a 3-axis gimbal, real-time long range video transmission, advanced “optical flow” sensors for indoor navigation, as well as an intuitive and easy-to-use remote control.

The Powervision team spent over 18 months perfecting this one-of-a-kind product. Although extremely lightweight, it has a compact and revolutionary structural design.  The unique design includes larger propellers that required advancements to transform from the compact egg shape to the larger flight mode. In addition, on the software side, Powervision used its extensive software expertise to make the drone easier to fly. Currently, the average consumer drone requires at least 10 hours of flight time for consumers to learn how to use. By using their extensive knowledge in design and user experience, Powervision is able to lower that significantly. As Zheng explained, “We want flying a drone to be child’s play, something even a five-year-old can do.”

Zheng believes that the entire drone industry is going through a transition from the easy to transport drones to a revolution in ease of use. “With this next generation of drones, much like the Internet expanded access to information in the virtual world, drones 2.0 led by innovations like the PowerEgg can expand access to the physical world and bring together humans and machines in this journey.”

Powervision Robot Inc. has a mission to innovate the future, focused on artificial intelligence (AI), robotics, and big data since its inception in 2010. Powervision has been a market leader in commercial UAV-related products and services including smart drones, data visualization and forecasting, virtual reality and augmented reality. Beyond its headquarters in Beijing, China, Powervision has international offices inShanghai, Shenzhen, Silicon Valley, Boston, Helsinki, Perth, and Frankfurt.