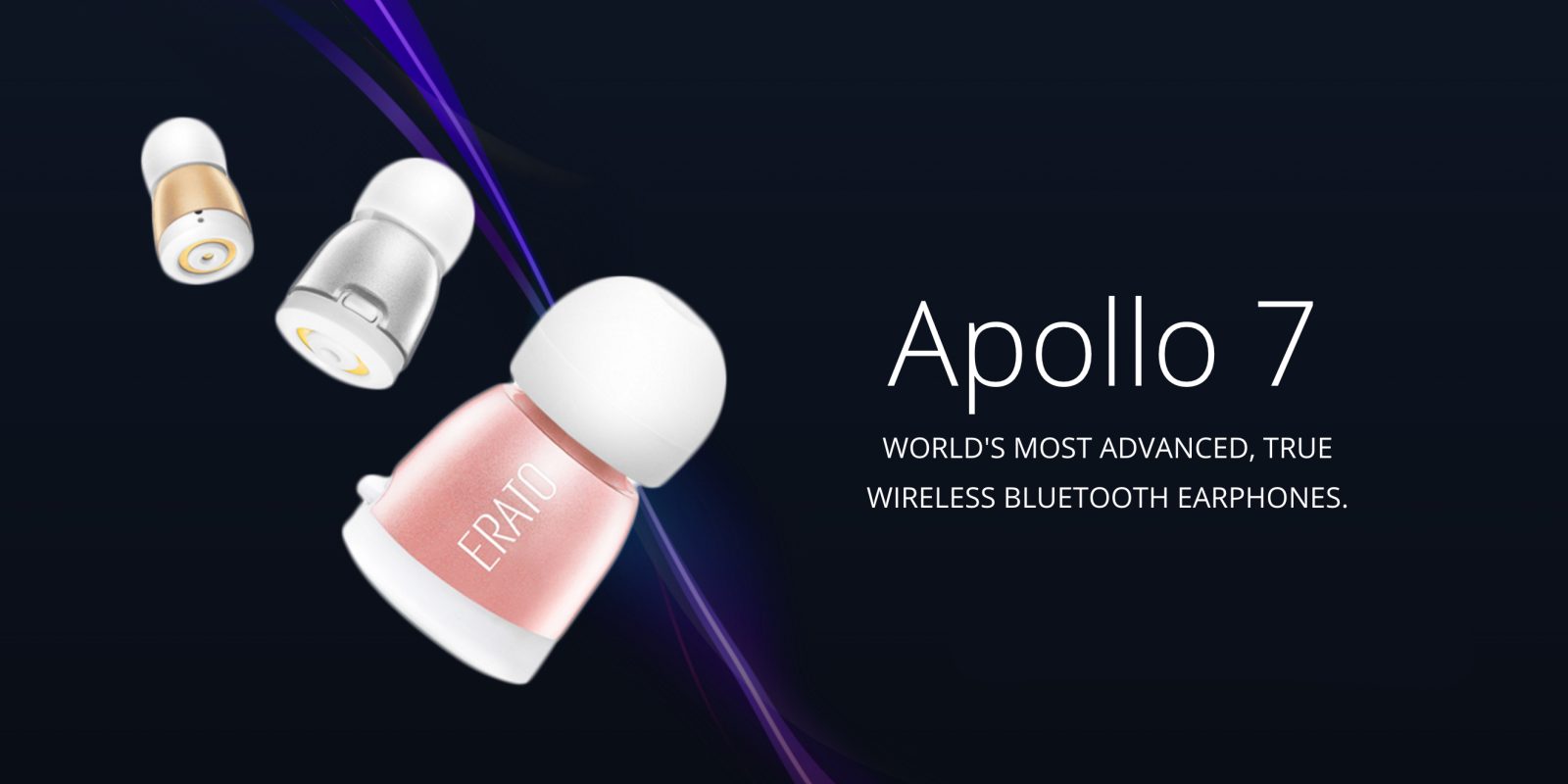 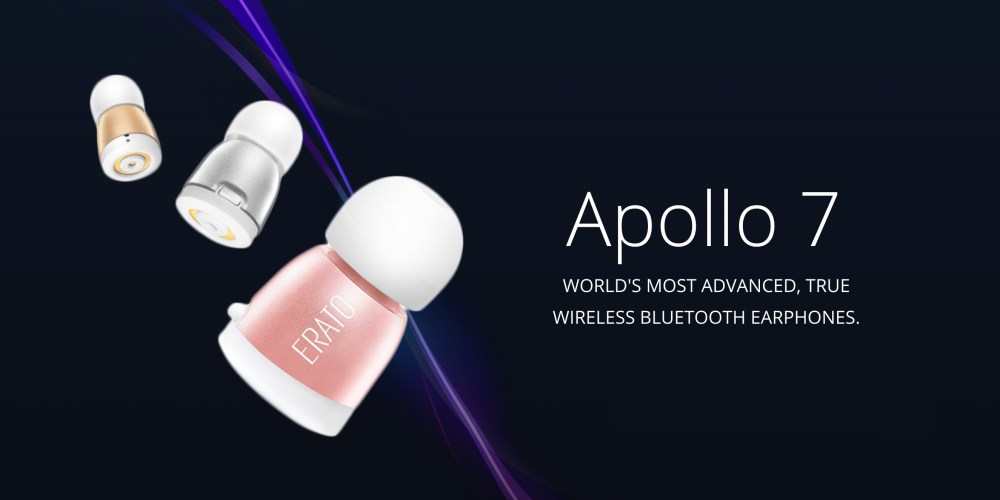 Attempting to create truly wireless headphones has been a growing trend over the last year. Altec Lansing and New Normal are just a few of the examples that we’ve covered recently. Now a new project has launched on Kickstarter that takes it to a whole different level. Erato’s Apollo 7 Wireless Earphones has the same familiar in-ear bud design as similar wireless solutions, but Apollo 7 also features a water-resistant shell. These are some of the smallest headphones we’ve seen, but the price may serve as a deterrent to some…

While PowerBeats may seem like the trendiest wireless headphones out there, we’ve come a long way since its release a few years back. Erato is just another Kickstarter example of taking a stagnant product and developing it into something worthwhile. The Apollo’s use a small footprint to stay inside your ear. Because of its slim design, you won’t be able to cash in on many extra features, although there is a single button that cycles through a variety of controls. A long press augments power/Bluetooth while a single press answers calls and pauses music. Hitting the button twice will adjust the volume depending on which side you touch.

At $250 for early birds, and a $299 final price if all goes to plan, Erato will come up against some push back as it hits the market with lower priced competitors. Most importantly, will consumers find a truly wireless design to be desirable enough to shell out the extra cash?

The Apollo 7’s ship in a carrying case that doubles as a charger. One issue is that you’ll only be able to get about three hours of battery life in a single charge with this product. That’s a notable trade-off in comparison to traditional corded Bluetooth options that typically offer twice the listening time.

At the time of publishing, Erato has raised just over $21,000 of its initial $88,888 goal. With 29 days remaining, there are plenty of early bird spots left. These earbuds are available in four colors, including: Gold, Silver, Grey and Rose Gold. If all goes to plan, shipment is slated for June 2016.

In the meantime, if you’re after a pair of new Bluetooth headphones, we recommend taking a look at the popular Mpow Cheetahs for $23.99 Prime shipped.