Apple has now handpicked Give It Up! 2 as the App Store’s new Free App of the Week. The rhythm based platformer usually sells for $1 and has now gone free for the first time since its release back in October 2015. While fairly light on reviews, it is the sequel to the 4+ star rated (from nearly 2.500 gamers) original: Give It Up!.

Give It Up! 2 combines the best features of platform and rhythm games, bringing the best Give It Up! ever. Play with Blob or one of his friends in a unique and surreal grayscale world full of deadly spikes and platforms.

• Difficulty varies: practice a lot and level up!

• 27 exciting stages: proceed in an order of your choice.

• Tap to the rhythm of the music and jump across the platforms!

• Watch out for spikes, steps and other obstacles!

• Jump like a pro: accomplish 3 starts on every stage! 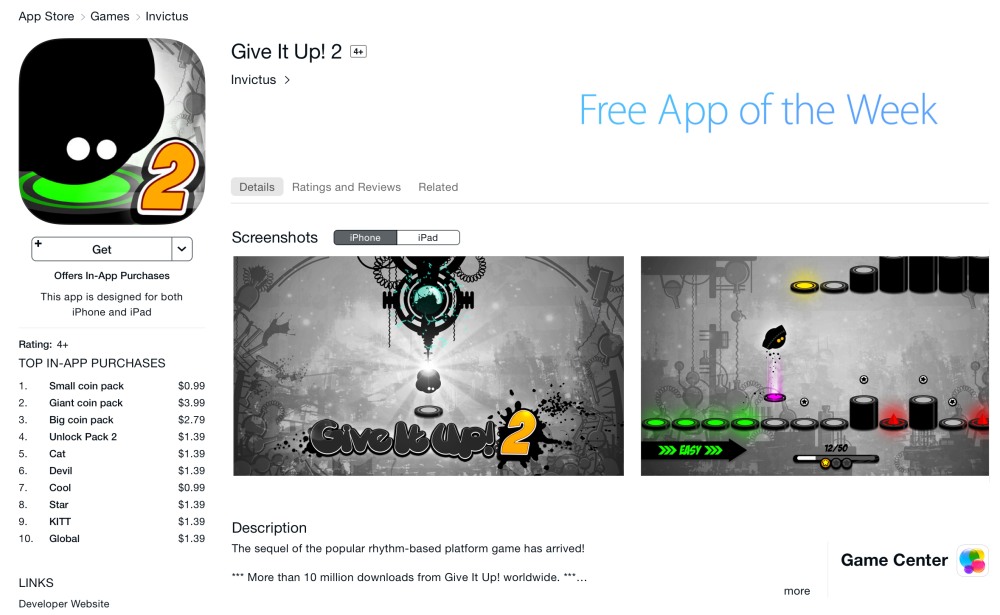 App Store free App of the Week iOS game sale Give It Up! 2 rhythm based platformer