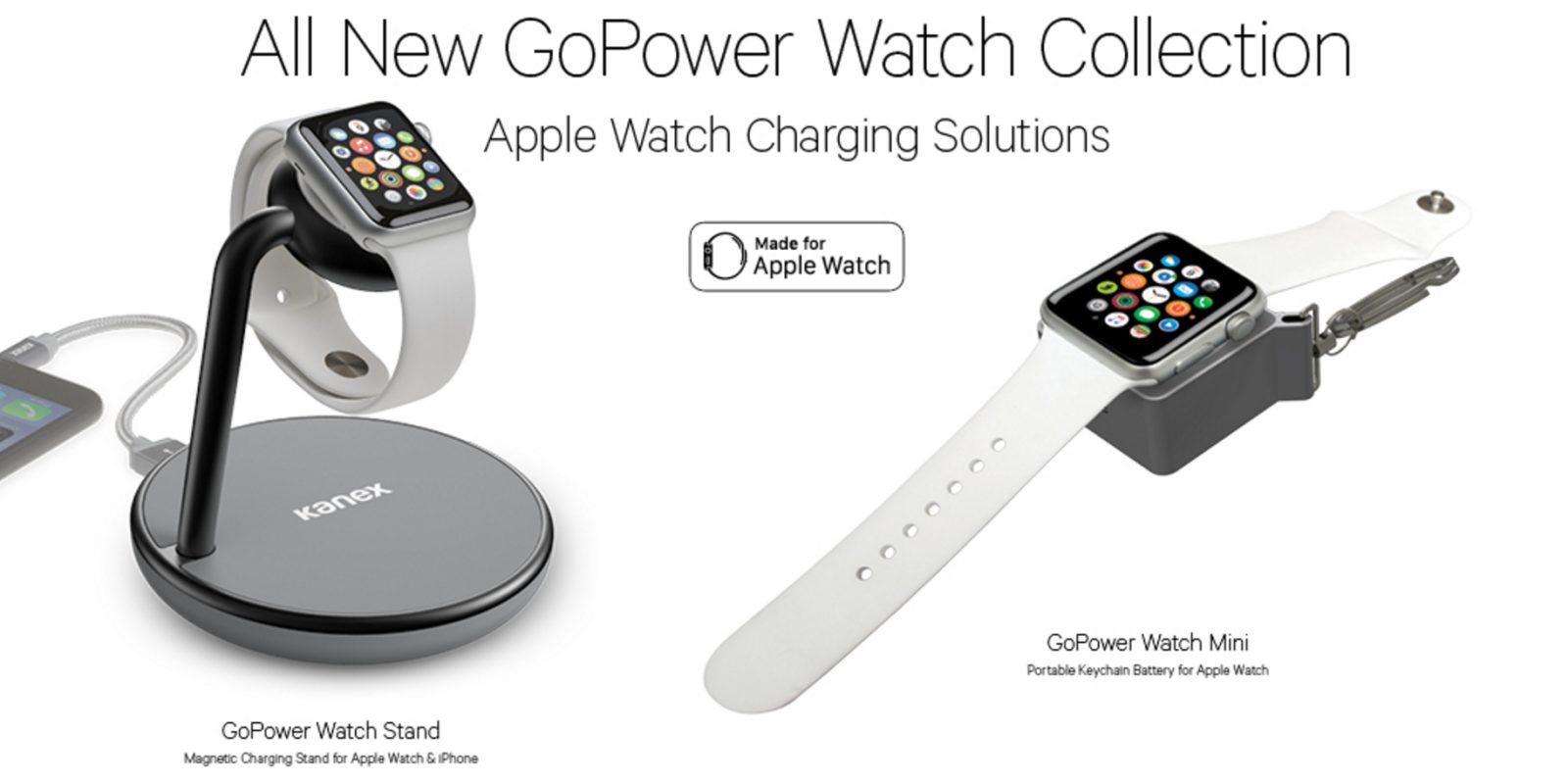 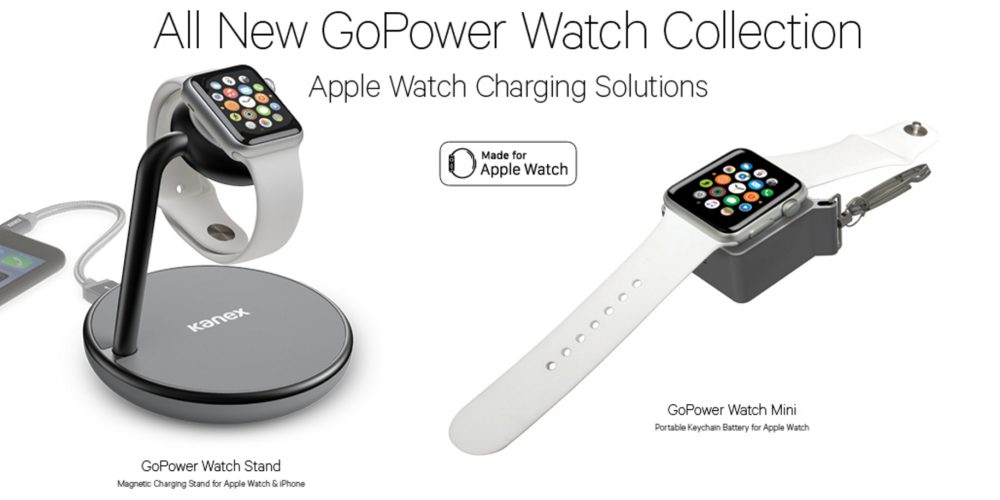 Kanex has been cranking out nifty portable Apple Watch charging solutions for over a year now. At CES next week, the brand will be showing off two new accessories: one for home and another for travel. First up is the GoPower Watch Stand that mirrors similar add-ons from Belkin and others. This all-in-one nightstand solution has a built-in charging puck plus an additional USB port on the backside for charging your iPhone (or other device). This is a nice touch that isn’t always included on competitor’s stands.

Along those same lines, Kanex is also introducing a new portable charging solution called the GoPower Watch Mini. This keychain battery system has a 1000mAh battery and isn’t much bigger than the built-in magnetic charging puck. Apple Watch users will be able to fully charge their wearable one time, making this a perfect solution for one-night stays away from home. There is a small LED indicator on the side that relays how much internal power remains. The GoPower Watch Mini is reminiscent of keychain-style MFi Lightning cables that became popular shortly after the connector was announced.

Final pricing and availability has yet to be announced. We fully expect to receive additional details at CES next week.

This magnetic charging stand charges and displays both 38mm and 42mm Apple Watch models. An additional USB port on the back simultaneously charges an iPhone, iPad, or any other device. The unit’s sleek, minimalist styling perfectly complements other Apple devices. A bedside nightstand makes an ideal location for the GoPower Watch Stand. When the Apple Watch is placed on it, the magnetic charger securely holds it in place and automatically starts charging. It is powered by an included DC adapter. The Kanex GoPower Watch Mini charges an Apple Watch on-the-go and completely cord free. This ultra-portable magnetic charging disc starts charging at first contact. It’s a convenient little backup battery that’s there when needed most. With 1,000 mAh of power, its lightweight battery is capable of delivering one full extra charge to the Apple Watch.