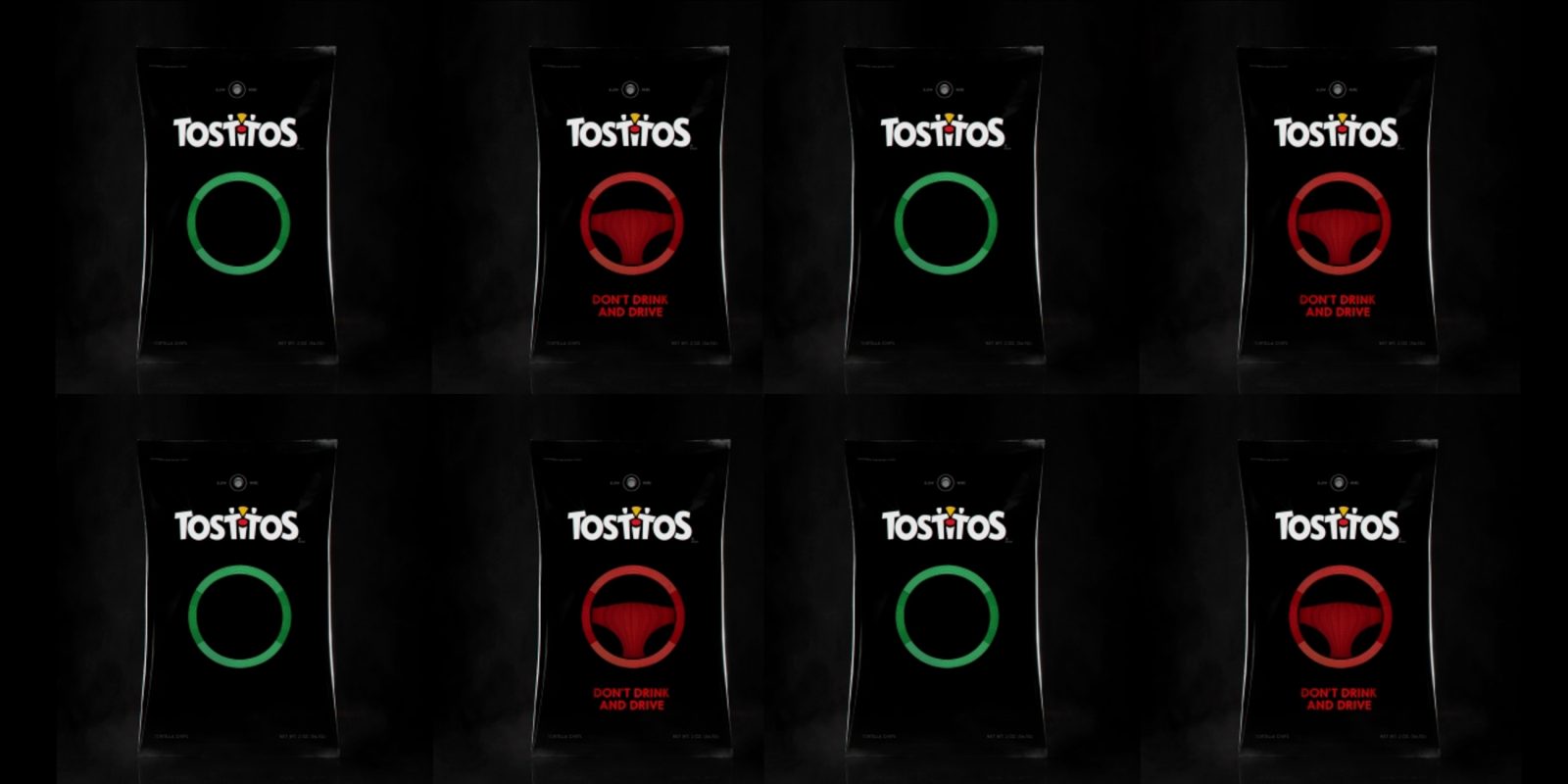 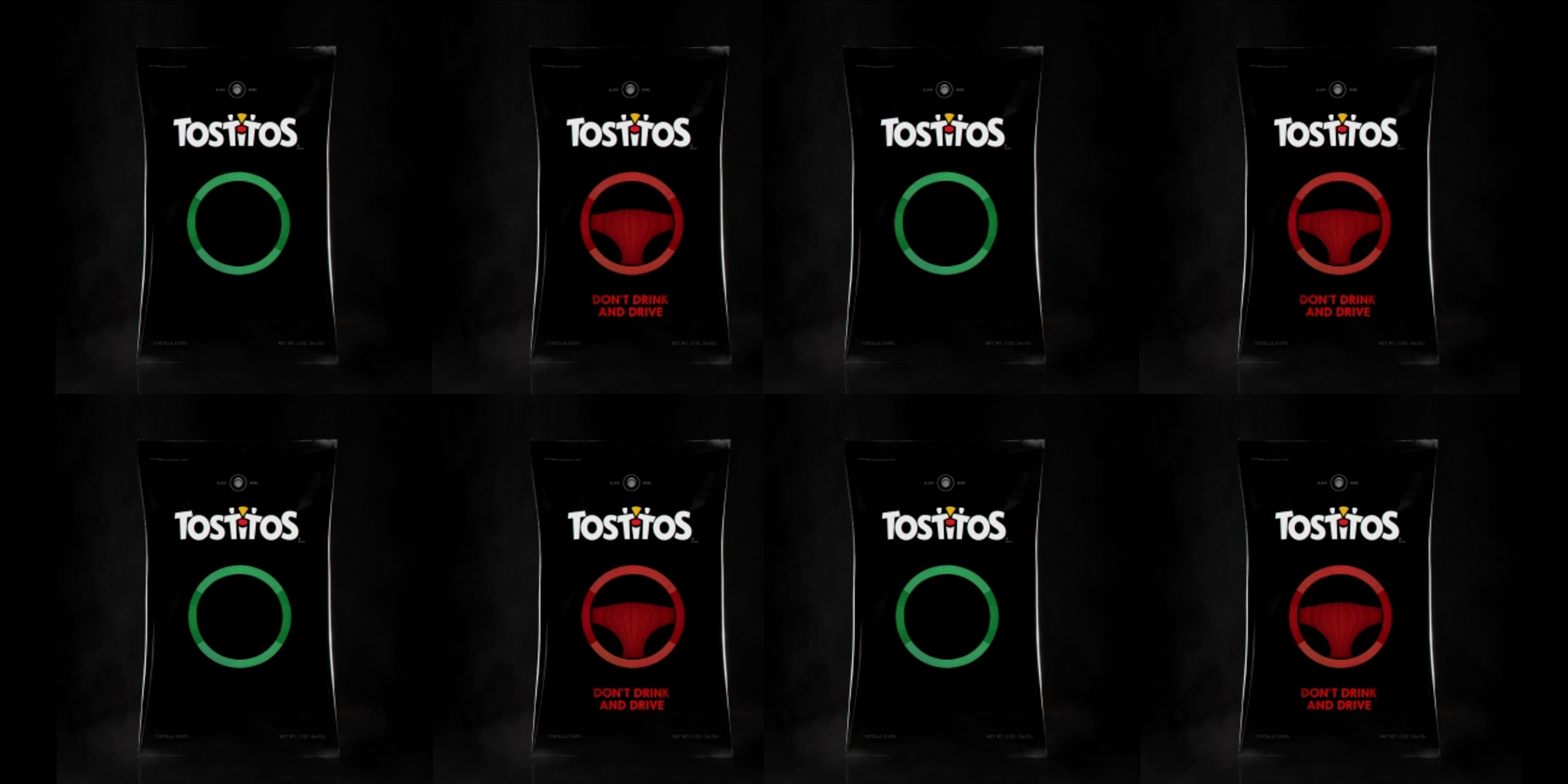 In partnership with Uber and Mothers Against Drunk Driving, Frito-Lay is introducing the limited edition Tostitos “Party Safe” chip bag. Designed by Goodby Silverstein & Partners, it has the ability to detect traces of alcohol on someone’s breath and then offer up a quick an easy way to call for an Uber.

Along with the giant red warning message that appears on the front after it has detected alcohol, a near-field communication sensor allows users to simply tap the bag with their smartphone to call a car. Additionally, football fans will get $10 off the Uber ride during and after the Super Bowl on February 5th.

The goal is to “remove 25,000 cars from the roads that Sunday evening” and here is more details courtesy of Adweek on the bag itself:

“We’re proud to introduce to the world the first bag of chips that gets you home safe,” says Roger Baran, a Goodby Silverstein & Partners creative director. “For a football fan, there is a lot of emotion involved with a game. It’s easy to drink more than you planned. And a lot of times all you need to stop short of driving after drinking is a friend who calls you off. On Sunday of the big game, we want Tostitos to be that friend.”

“We designed the technology and the bag from the ground up and then had to scale it,” adds Sam Luchini, also a GS&P creative director. “It had to function as a beautiful bag and also like an alcohol detector. It was form and function together.”

You can see the bag in action right here.