While cases provide protection for our devices, many use the accessories as a means of personalizing their smartphones. A recently launched Indiegogo campaign brings us the NuAns Neo Reloaded which fully embodies this sentiment, and is built from the ground up with customization in mind. The phone seeks to stand out from the competition not by offering a superior camera or other specs, but by providing a distinct look and feel.

The NuAns Neo Reloaded is based around a 5.2-inch display, runs Android Nougat and is backed by a Qualcomm Snapdragon 625 processor. It offers many of the features and functionality found in other flagship smartphones like an integrated fingerprint sensor, dust/water resistance, a 13 MP rear camera.

Specification-wise, the device does shine in a few areas as well. It touts an impressive 3,540 mAh battery which charges over USB-C and allows for internal storage expansion up to 1TB via a microSD card. The screen itself is made from a high-strength, shatter-resistant glass which is covered in an anti-fingerprint coating.

Where NuAns’ smartphone really stands out though is in the aesthetics department. The Neo Reloaded can be thought of as being made of two distinct pieces. On one hand, you have all the essential elements of a smartphone, the screen, battery and so on. But on the other is casing, which holds the device together. In terms of the latter, NuAns offers two styles of customizable cases which are integrated into the device.

The Twotone cases are comprised of two separate interchangeable panels that offer a deep level of personalization. Available in a variety of materials like ultrasuede, cork, denim, and stone, there are said to be  ‘over 600 combinations available’. It provides functionality as well, offering a single slot to store a credit card or license which can be accessed by removing one of the back panels. 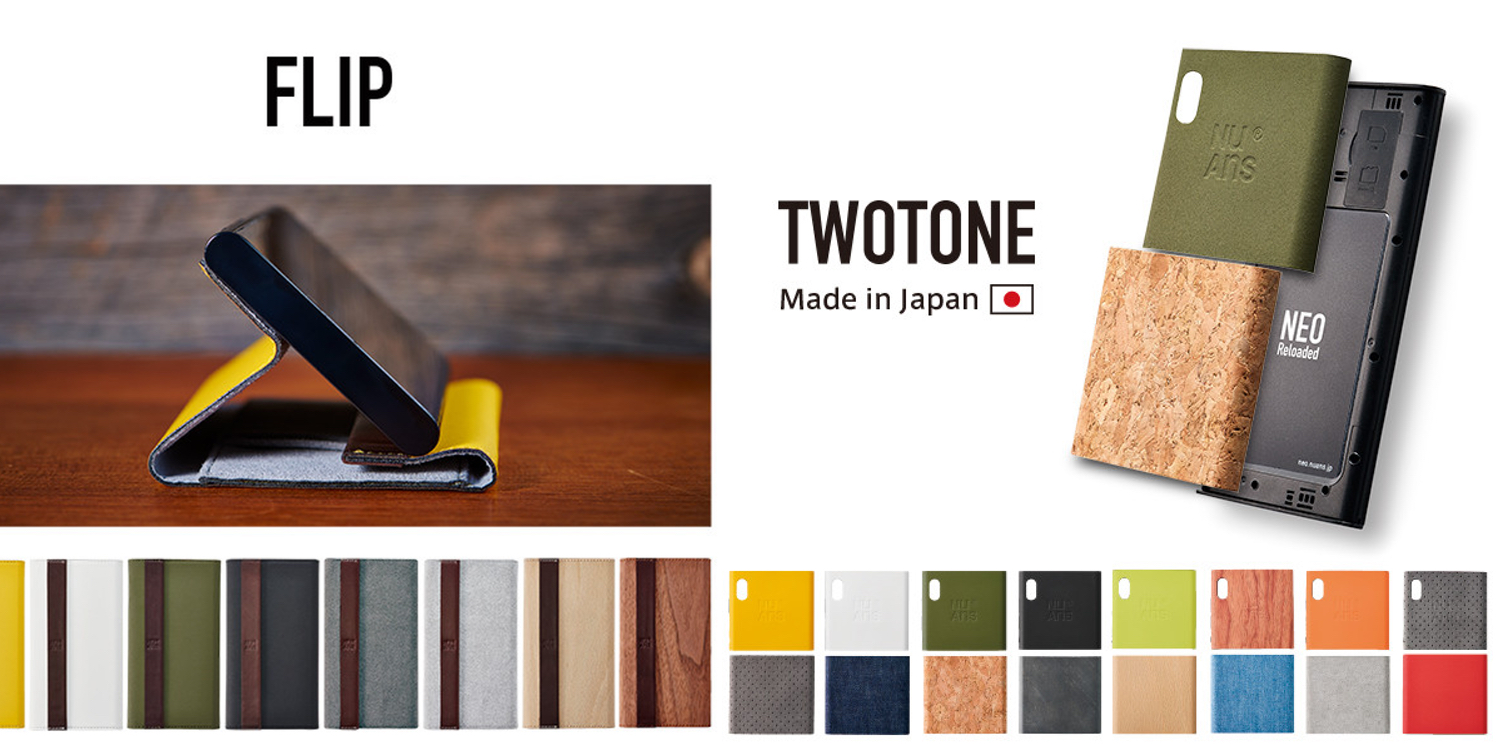 NuAns also offers a fairly typical wallet-style case that has two card slots and a large storage pocket. It also doubles as a stand for propping up the Neo Reloaded when watching videos. The Flip case too provides functionality, which can automatically turn the device on when the lid is opened.

With still a full month left to go, the NuAns Neo Reloaded needs to raise $370,000 in order to complete the Indiegogo campaign. While that may seem steep, the company has successfully launched a product through crowdsourcing before.

Starting at the Super Early Bird price, the phone can be backed for $360, which comes with your choice of Twotone or Flip case. If all goes as planned, the phone will be shipping later this year in September.

Using textures and colors, while maintaining basic functionality and looks, we reviewed current smart phone lifestyles to understand what obstacles prohibit the euphoria that we call “comfort” in everyday technology. The NuAns NEO [Reloaded]’s sole mission is to seek that solution to comfort; with the new answer. The more we can blend the digital life into the comfort of our space, the easier it is to find that new answer.