Review: Logitech’s K840 is an affordable gateway to mechanical keyboards 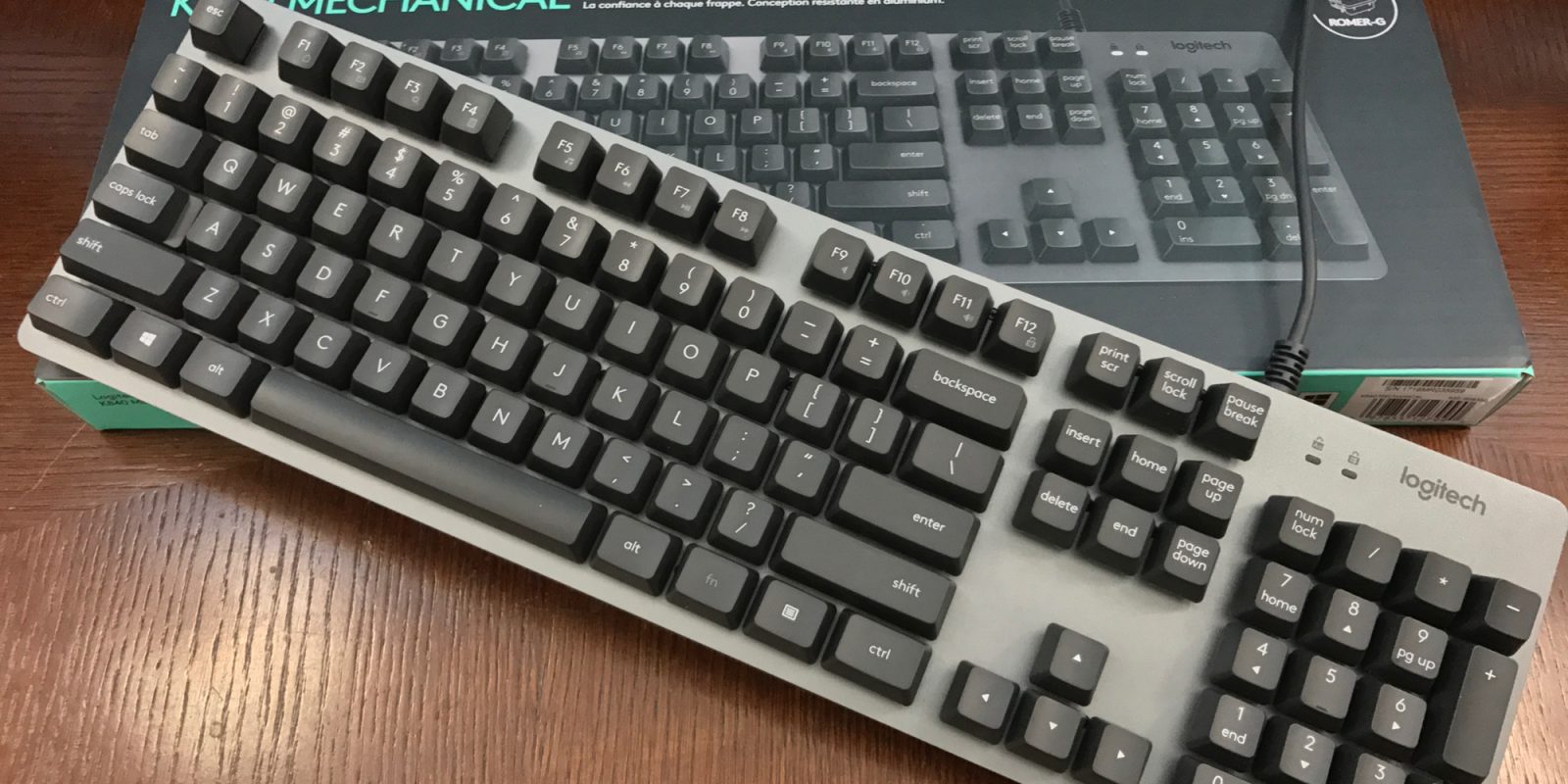 Less than a month ago, Logitech unveiled its latest addition to the company’s computer peripherals lineup, the K840 Mechanical Keyboard. Fast forward a few weeks and the keyboard is now available for purchase, meaning we got our hands on one for an in-depth review.

For the past week, I’ve been using Logitech’s new keyboard as my main daily driver, which meant temporarily saying goodbye to the chicklet keyboard I’ve long been accustomed to. And after this seven-day test-drive, I can say that I’m already a big fan of the K840 keyboard.

The packaging and unboxing experience were pretty minimal, leaving not much out of the ordinary worth mentioning. But once I finally got my hands on the keyboard, I was pretty impressed by the design and overall build quality. Speaking more towards the former, the K840 keyboard’s body has a metallic silver sheen applied to it, which pairs extremely well with the dull gray keys. While not a perfect match, it is a great companion accessory color-wise to the late 2016 Space Gray MacBook Pro. 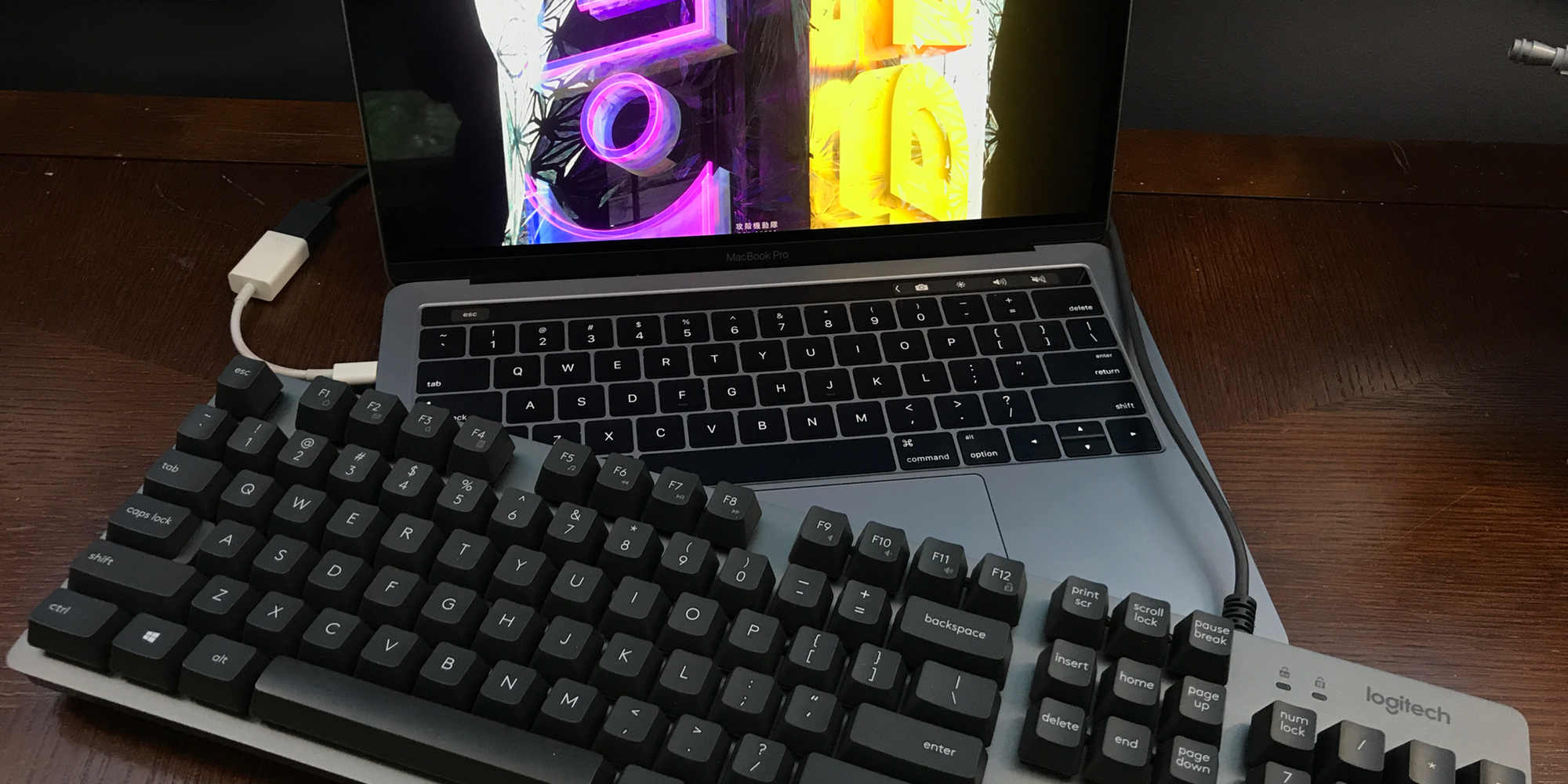 In terms of build quality, it is worth reiterating how sturdy the K840 is. I by no means have used a lot of mechanical keyboards, but this seems of a much higher quality than the ones I have come across before.

The Logitech K840 is fairly standard in the features department, but this works to its advantage. Rather than distracting itself by adding RGB backlit keys or a slew of reprogrammable buttons, Logitech focuses on creating a keyboard that excels at offering comfortable typing. You will find a full number pad, a variety of specialized keys and even ergonomic legs to elevate it, which are all nice additions.

Logitech set out to create a minimal mechanical keyboard suited not towards gamers or aficionados, but for just typical computer users. In terms of design, features and build quality, this mantra is certainly something Logitech carried out almost flawlessly. One hiccup though is the lack of macOS support, or even a Mac version. 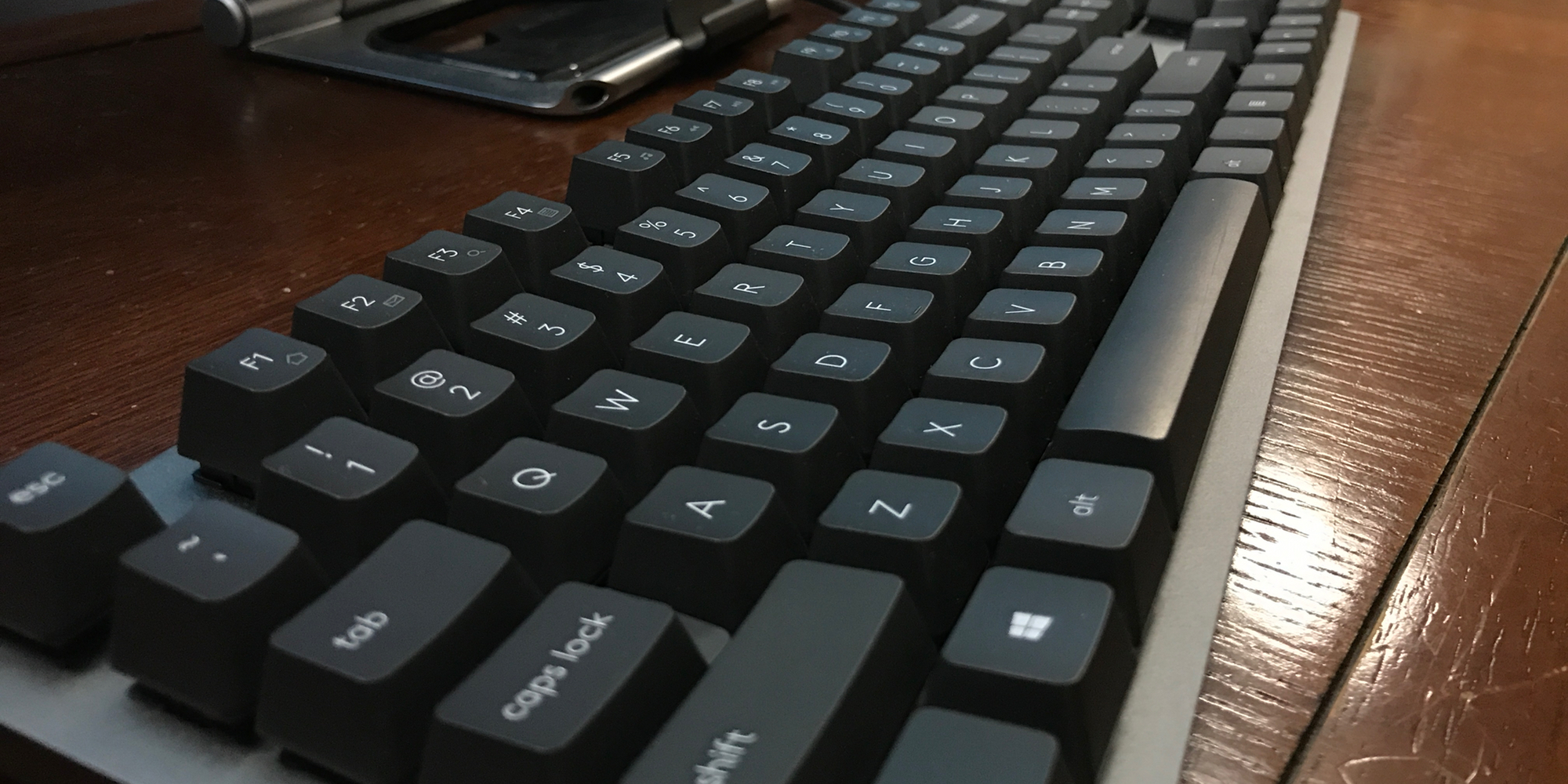 For the past eight years, I’ve pretty much exclusively used a chicklet style keyboard for my day to day work, which meant getting used to the K840 wasn’t instantaneous. Even though I lack the extensive mechanical keyboard background, I still quickly grew to appreciate the K840. It was definitely comfortable to type on for long durations and after the initial learning-curve, I was back to my normal typing speed.

Mechanical keyboards are often times notorious for being loud and clicky, Logitech’s new keyboard is no exception to this. While it was on the quieter side compared to other mechanical keyboards I’ve used, each key press still yielded that satisfying click, something which Logitech’s in-house keys are probably to thank for.

Logitech uses their custom Romer-G switches for the K480, which are highly responsive and offer well-defined tactile feedback. The company also claims that the switches are tested for over 70 million keystrokes, making them just as durable as the keyboard’s casing.

At the beginning of the week, I had no expectation of actually using the number pad, after all, I had gone the better half of a decade without one. But now that it’s there, I’ve started growing accustomed to it. 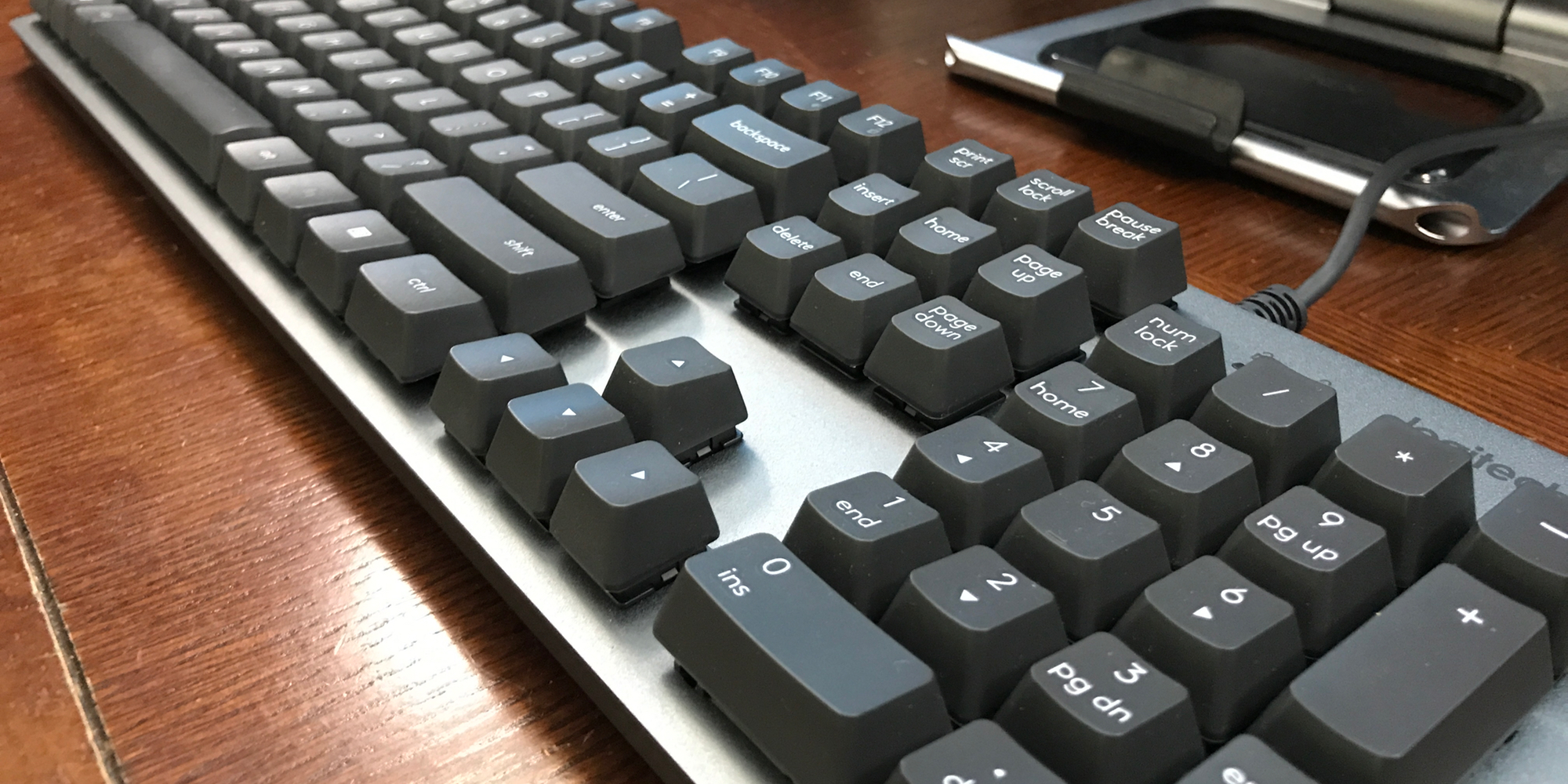 Now this past week with the Logitech K840 wasn’t entirely without its problems. The only issue I really ran into was Mac compatibility, as in some keys aren’t configured ‘correctly’ for macOS. For instance, CMD⌘ was moved to the Windows key, but less obviously, brightness up and down were set to pause break and scroll lock. Lucky for me, I was able to remap some the keys fairly quickly and was on my way again.

Ultimately, it looks like the Logitech K840 will end up being a permanent addition to my desk. I enjoy the added feedback and depth the keys provide in a way that I haven’t with previous attempts to like mechanical keyboards. If you’re looking to spice up your life with a mechanical keyboard, this is certainly the way to go for someone looking to get their feet wet. The Logitech K840 Mechanical Keyboard is now available for $79.99 from either Amazon, or straight from Logitech itself.