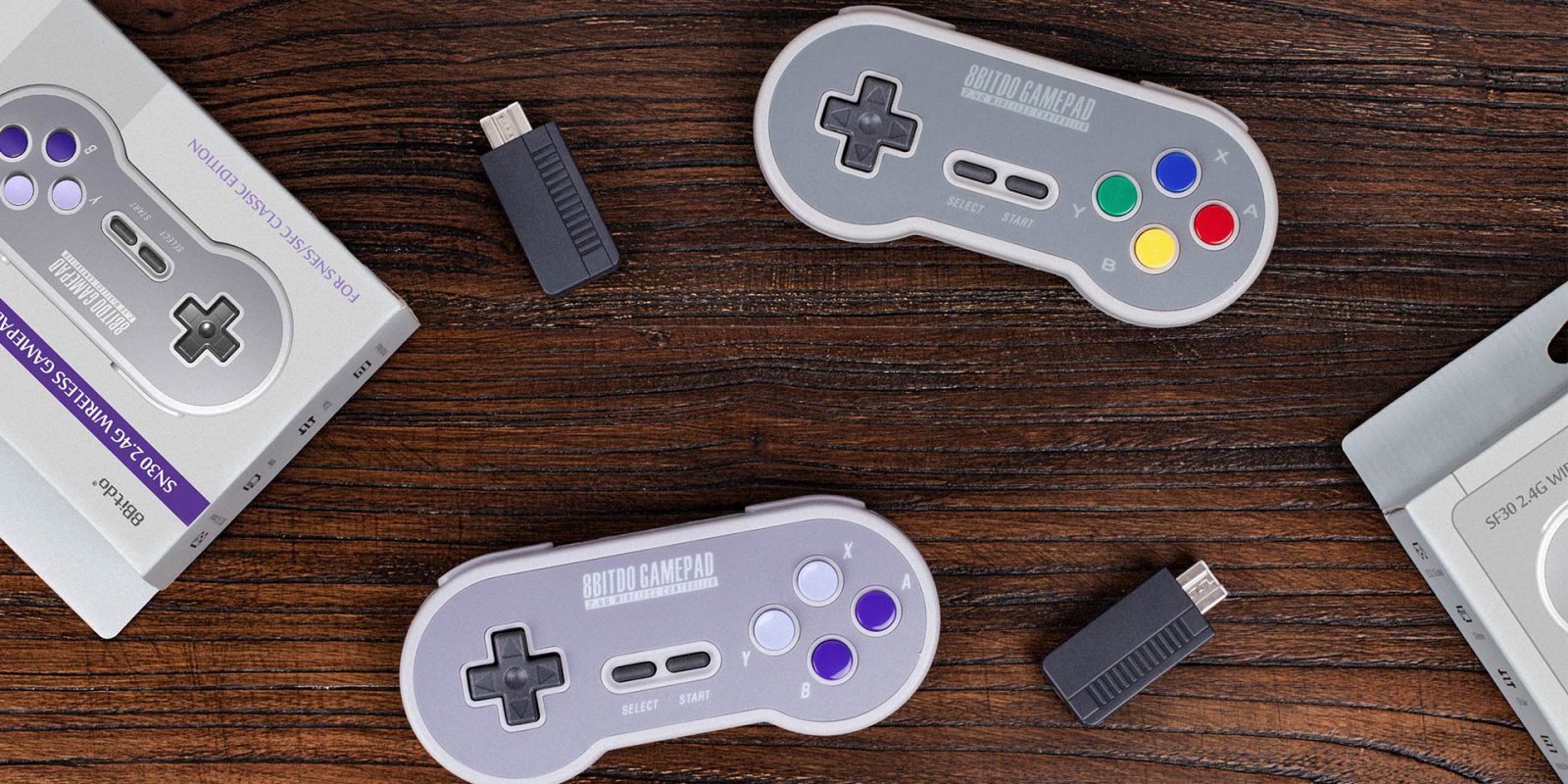 It’s SNES Classic Day! And hopefully you were lucky enough to procure a unit this morning. While you’re probably already unboxing and reveling in all of the 16-bit goodness, we’re already looking towards the accessory market. Earlier this week, HORI unveiled its Street Fighter-focused wireless controller and now 8Bitdo is getting in the mix.

Today the retro-inspired brand is releasing its own wireless controller, with two styles replicating both the North American and popular Japanese Super Famicom versions. Available for pre-order at Amazon, it’s set to hit your SNES Classic on December 10th.

8Bitdo has become the defacto go-to brand for Nintendo’s Classic console ventures. Last year it delivered a similar device for the NES Classic, so it’s no surprise they’ve made a return in 2017. Much like the previous generation, today’s release will connect via a wireless 2.4GHz dongle which will allow users to play further away from the SNES console than the included six-foot cable enables.

In a wise move, 8Bitdo is offering two different variations of its new SNES Classic controller. We’re obviously most excited about the Famicom recreation, especially since that version of the Classic console is only available in Asia. Both sport the usual left and right bumpers, d-pad and four action buttons. Opting for the SFC30 model brings a pop of red, blue, green and yellow color to the mix.

An internal battery is rechargeable via microUSB (ugh) but at least you won’t have to worry about stocking AA or AAA batteries. There’s no word on playback time, but we’re guessing you’ll be covered for a few hours based on 8Bitdo’s other releases.

Nintendo did extend the length of the controller cables on the SNES Classic, a lesson learned from last year’s release. 8Bitdo’s wireless controllers last year were met with some resistance by users because of latency issues. But the mix of Famicom colors, a $25 price tag and the potential of a wireless experience make today’s announcement a no-brainer for us.

Be sure to keep it locked to 9to5Toys today, as we’ll have a special announcement later this afternoon for SNES Classic fans, as well as a full unboxing.