I may not have the nicest car on the block, but that doesn’t mean from time to time that I don’t worry about accidents. Even so, I’ve never been sold on dash cams and it wasn’t even until last week when I picked up an iPhone-enabled one from VAVA that I considered mounting one in my car. With a list of compelling features packed into a unique and stylish design, VAVA has made me question why I didn’t think to get one sooner.

VAVA is based around a hockey puck-like casing that is quite charming with its palm-sized form-factor. It connects magnetically to the suction-based mount, granting the dash cam up to 360-degrees of mobility to capture whatever activity you see fit, whether it be recording your drive or keeping an eye on the goings on inside the car’s cabin.

Included alongside the dash cam are the mount, microUSB power cable, car charging adapter and bluetooth remote button. Getting VAVA set up in your vehicle is a pretty simple, yet somewhat tedious operation.

While mounting VAVA on your windshield is just about effortless, routing the cable from the dash cam to the power adapter isn’t as easy. In order to accomplish this, VAVA includes a mini plastic crowbar to pry your car’s interior trim components to hide the USB cable. But if you aren’t feeling as daring, VAVA also includes adhesive clips to keep the cable in place that work equally as well. 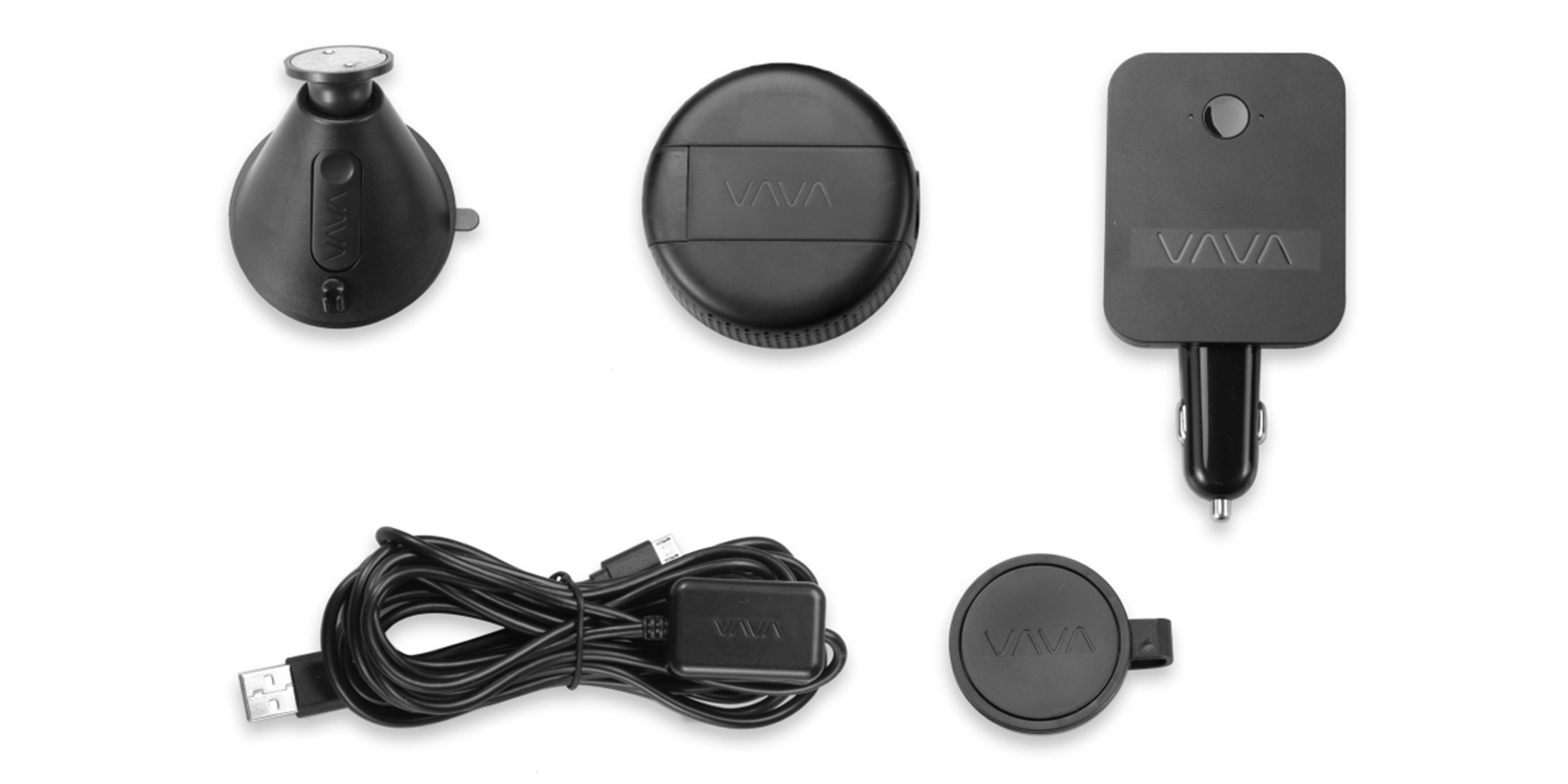 VAVA enters the market as one of many dash cams sporting a similar set of features, so what sets it apart from the pack? The dash cam is headlined by Sony’s IMX291 CMOS STARVIS sensor, which allows VAVA to captures 155-degrees of video at 1080p and 60 frames per second. Video quality is top-notch during the day and thanks to its image sensor, records equally as impressive footage at night. I was expecting grainy video with tons of motion blur, but in both cases I was shocked at how clear the recordings came out.

The dash cam is powered via the included microUSB which is then supported by a 320mAh battery to keep VAVA on standby when your ride isn’t running. While it may seem like a small capacity battery, it proved to be more than enough to keep the dash cam powered on for around 3 days in between charges.

Alongside its automatic recording functionality, the included Bluetooth remote can also be used to take snapshots. In practice I didn’t really put this feature to much use, but I can see it being handy down the road. 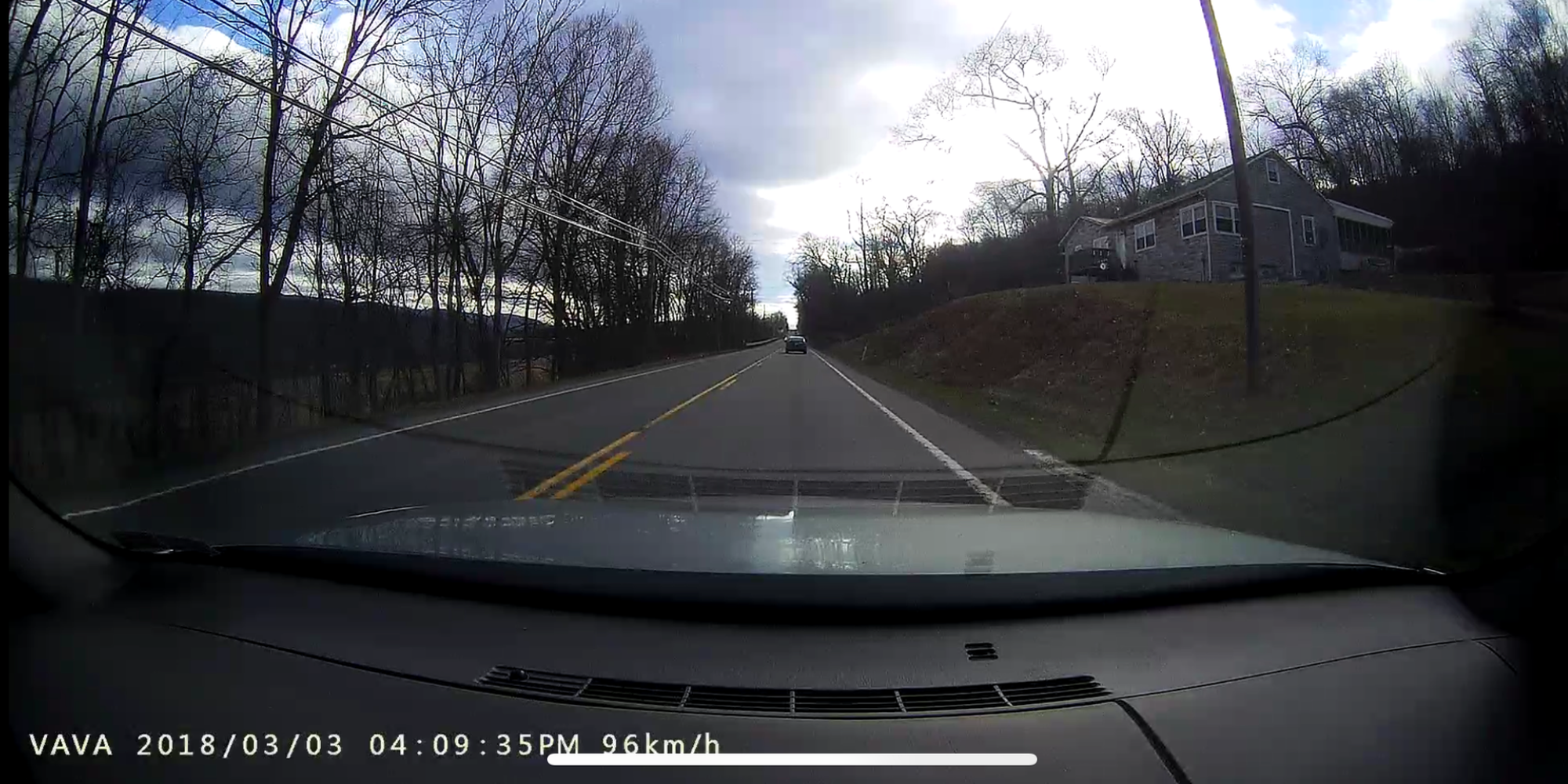 GPS-tracking is surprisingly included as well, a feature that proved to be greatly enjoyed. It isn’t necessarily the most useful of VAVA’s feature set, but it’s certainly interesting to be able to look back and see the exact routes of your previous drives. Just like other dash cams, VAVA boasts many of the essential features like G-Shock trigger and parking capture to name a few of the most notable.

In case temperature is of any concern, VAVA has you covered there as well. The dash cam has been tested and approved to work down to minus 4-degrees all the way up to nearly 160-degrees Fahrenheit.

Smartphone-enabled accessories are only as great as their companion apps, and VAVA’s pulls through with a solid, and intuitive design. In order to access information from the dash cam, you’ll need to be connected to it over Wi-Fi. VAVA’s signal is strong enough that I’ve never had any issues connecting inside my home and reliable to the point there it always automatically connects when in the car.

Available for both iOS and Android, the app lets you view footage, track previous rides and tweak things like G-Shock sensitivity along with other settings. 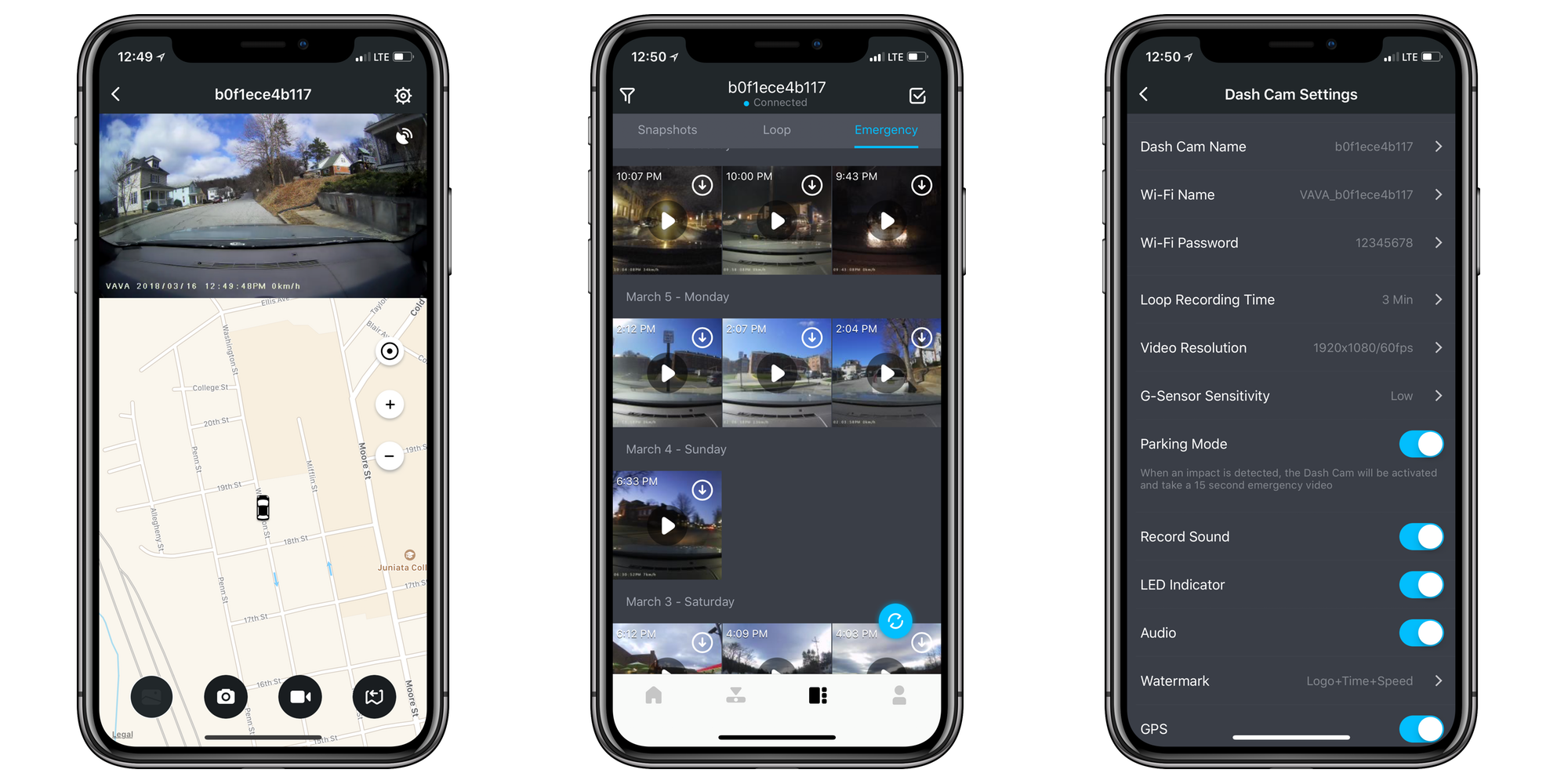 All-in-all, VAVA packs a variety of unique and useful features into an appealing form-factor that makes it a compelling option for those looking to upgrade their rides with a dash cam. At $120, VAVA isn’t the most affordable dash cam on the market, but if you value smartphone connectivity and the features that come with it, the utility is certainly worth the price in my book.