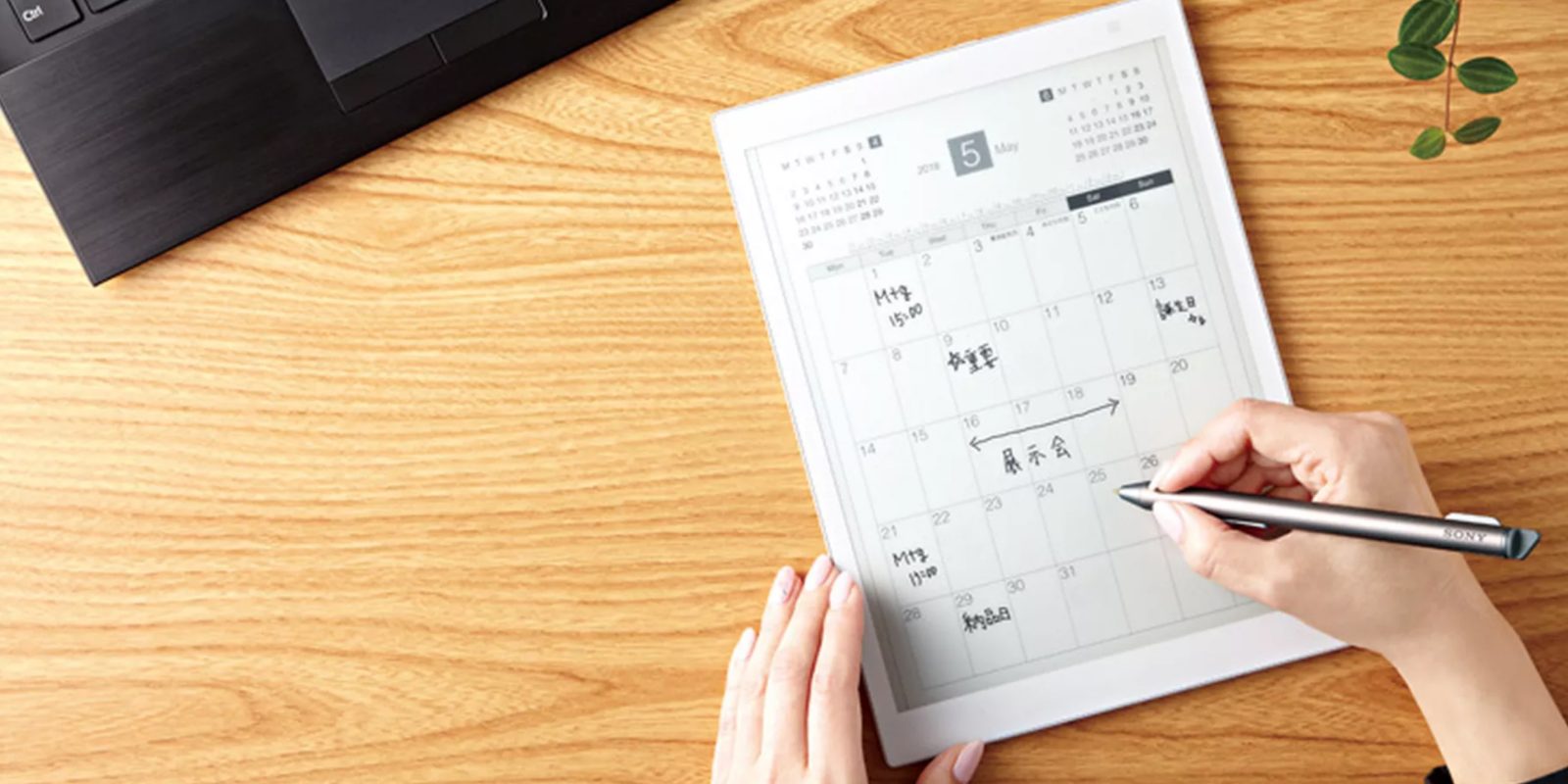 Nearly a year ago to the day, Sony announced an e-paper tablet that was met with groans thanks to its eye-popping $700 price tag. Designed with professionals in mind, the 13-inch tablet was made for those that regularly spend their days taking notes and jotting down ideas. For the average consumer, the need just didn’t seem to be there.

Flash forward to 2018 and Sony is ready to try again. This week it has announced a new and smaller version of the e-ink tablet that’s slated for a June release date. Dubbed the DPT-CP1, it’s designed to be friendlier to both your wallet and daily routine.

While the previous generation model came in at the size of a sheet of A4 paper, today’s release is smaller. Sony has essentially shrunk the display from an 8×11 to 6×8, which should be more friendly for most users.

Sony’s Digital Paper tablet does a few things well, but is overall rather limited in functionality. Like its name suggests, it’s made for recreating a paper-like experience in digital-form. Sony ships the Digital Paper tablet with a proprietary stylus that’s used as the primary input device.

The 10-inch display has a total resolution of around 1400 x 1900 that supports 16 different levels of grayscale. Sony packs 16GB of on-board storage, with the ability to transfer data to iOS or Android devices, Mac or PCs via a companion app.

One of the biggest strengths that the Digital Paper tablet has going for it is battery life. Rated for over a month of use with a single charge, it’s perfect for daily use in that regard.

Sony is set to release the smaller version of its Digital Paper tablet in early June. The translated press release has its price at “under 70,000” yen, which equates to around $650. That’s a $100 price drop from the original version, but still rather pricey in comparison to Apple’s iPad offerings.

Sony will release “DPT-CP1” digital paper equivalent to a small A5 size, pursuing the ability to read and write electronic documents as if it were paper. Due to the release of this machine, the product composition of digital paper will be two models together with “A DP size of DPT – RP 1” (already released).

“DPT-CP1” is the world’s thinnest and lightest * 2 with a high-resolution electronic paper display of 10.3 inches * 1 (1404 × 1872 dots) equivalent to A5 size, about 240 g in mass and about 5.9 mm in thickness It is a digital terminal of. By adopting a proprietary non-slip panel, by suppressing the slipping of the pen tip and giving a moderate resistance feeling, we are realizing a writing comfort closer to paper. In the built-in memory, it is possible to save about 10,000 files * 3 PDF documents, and it is possible to easily carry a large amount of electronic documents. In addition, by combining a capacitive touch panel system and a rechargeable active stylus pen, highly accurate rendering is realized from the center to the edge of the screen. This machine achieves a light weight of only about 240 g while following the design * 4 of the digital paper “DPT – RP 1” equivalent to the already released A4 size . Since it is a small size equivalent to A5 which also fits neatly in handbags etc., it can be taken out quickly even while on the move and you can quickly check the document. The new application “Digital Paper App for mobile” * 5 for smartphones released at the same time enables data sharing between the smartphone and this machine without using a PC. For example, you can transfer PDF documents from smartphones, browse and correct jobs, and share handwritten documents with cloud services and e-mail via smartphones, so you can use convenient way to choose between time and place. Furthermore, NFC * 6

If you are a smartphone that supports, you can connect by simply hovering over the unit.

Sony’s digital paper is utilized not only for people in various fields such as university teachers, doctors and lawyers dealing with large amounts of documents such as papers and literature, but also for business improvement and paperlessization of medical and manufacturing sites. With regard to new products, we will also strengthen appeal to students and business people, etc. by linking functions with smartphones and portability by small size.