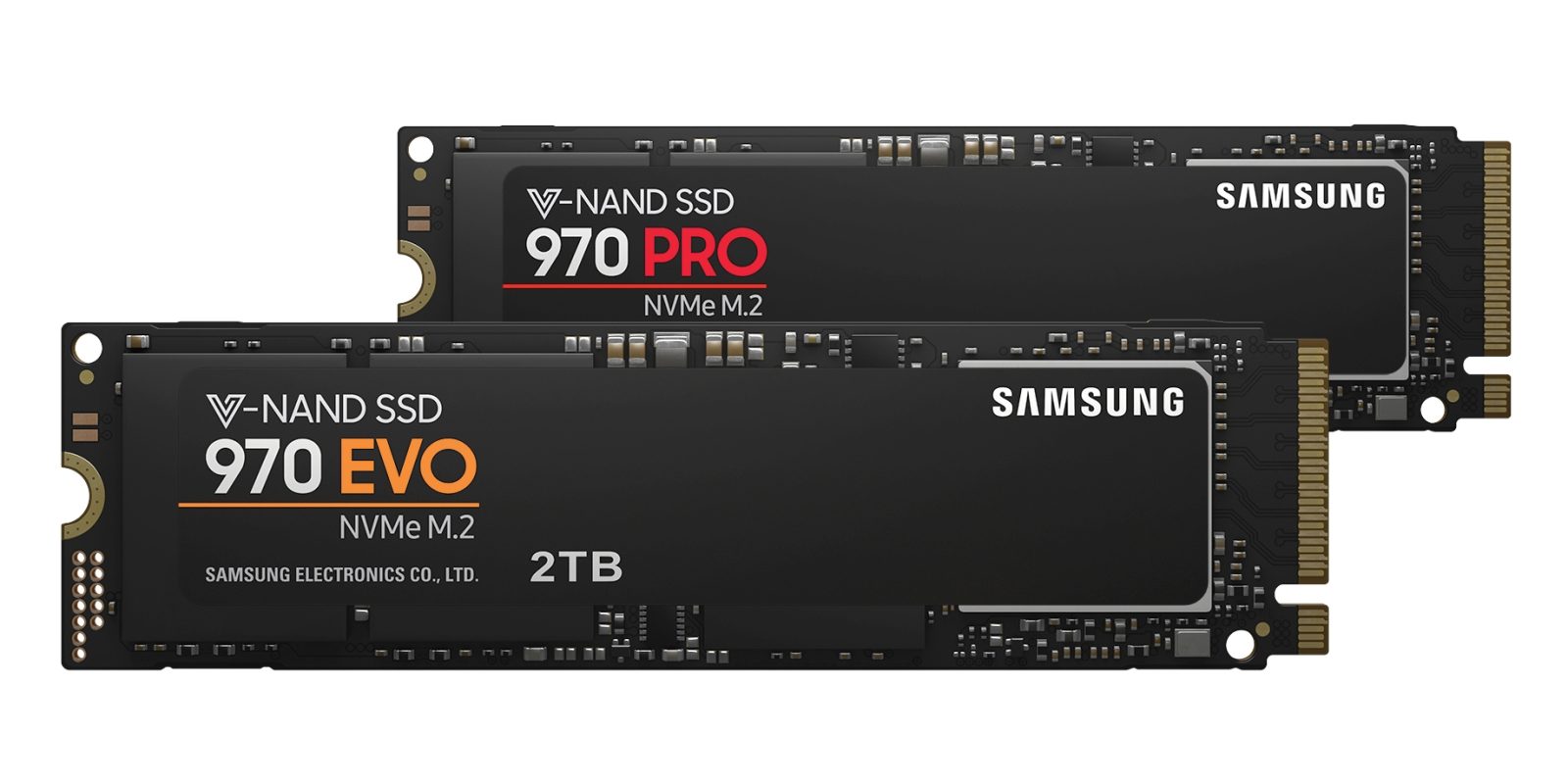 Today, Samsung has announced two new SSD stacks, the 970 EVO and 970 Pro. With the rise of popularity of NVMe solid-state drives, these new storage solutions are sure to be a hit for DIY prosumers and professionals alike. Both drives arrive on the scene with a M.2 form-factor designed to handle high-end content-focused work loads via the PCIe Gen 3×4 lane interface. More below.

There’s any number of reasons to reach for a SSD these days. Increased performance across the board is key on graphics-intensive work, which has become even more prevalent amongst consumers than ever before. Specifically, Samsung notes that it’s new 970 line is made for 3D, 4K graphics work, high-end games and data analytics.

“Samsung has led the NVMe SSD industry since its inception, and the company continues to define the latest standards of consumer storage with unprecedented performance of the 970 PRO and EVO SSDs,” said Un-Soo Kim, senior vice president of Brand Product Marketing, Memory Business at Samsung Electronics. “The 970 series sets a new bar in all aspects for the NVMe SSD market.”

Samsung’s 970 EVO line will come in 250GB, 500GB, 1TB and 2TB capacities. But the real spec of note here is the transfer speeds. If you’re at all familiar with how a SSD can impact performance, this comes as no surprise. The 970 EVO hits sequential read speeds of up to 3,500 MB/s and sequential write speeds of up to 2,500 MB/s. That’s blazing fast transfer speeds in comparison to a traditional hard drive or even some SSDs.

Jumping to the 970 Pro will deliver similar read speeds, and a slightly better write performance at 2,700MB/s. The pro line will ship in 512GB and 1TB capacities. 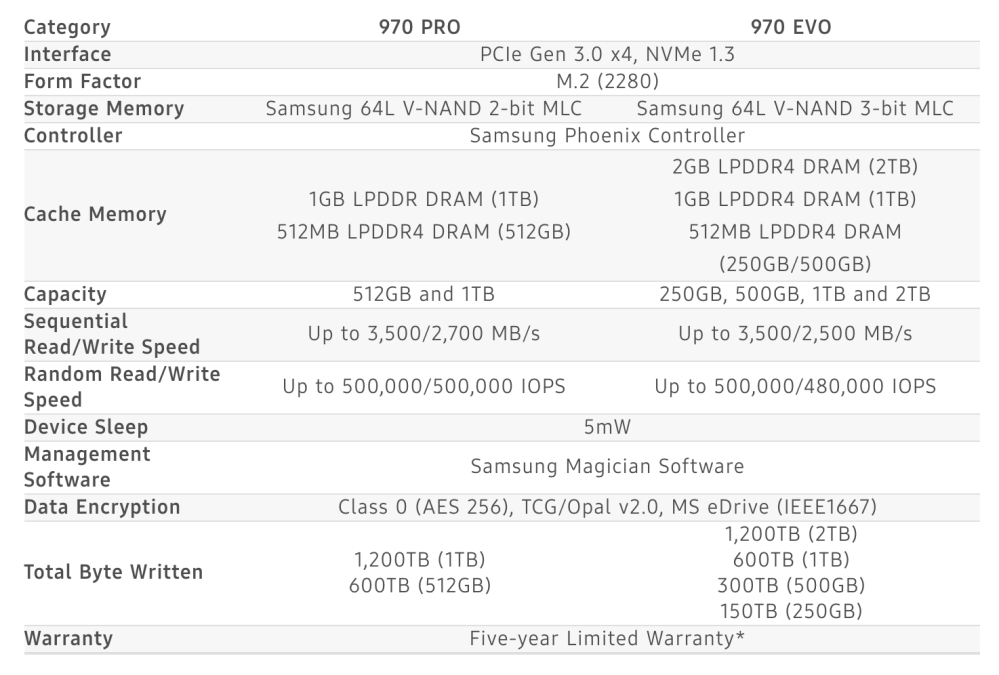 Samsung is set to release its new line of solid-state drives on May 7th, with prices starting at $120 and $330, respectively. We expect to see listings pop up on Amazon any day now. Samsung includes an industry-leading five-year warranty with purchase.

Look for these new drives to be a hit with prosumers looking to upgrade their laptops. More and more these days we’re seeing at-home tinkerers willing to take on this type of project to increase performance on gaming machines and laptops in general.

RIDGEFIELD PARK, N.J.–(BUSINESS WIRE)–Samsung Electronics America, Inc., today introduced the Samsung 970 PRO and EVO, the third generation of its industry-leading consumer solid state drive (SSD) lineup. Having led the market with the first consumer-focused NVMe SSD in 2015, Samsung continues to push the performance barriers with this latest generation of SSDs that are built for tech enthusiasts and professionals so that they can enjoy higher bandwidth for intensive workloads on PCs and workstations.

“Samsung has led the NVMe SSD industry since its inception, and the company continues to define the latest standards of consumer storage with unprecedented performance of the 970 PRO and EVO SSDs,” said Un-Soo Kim, senior vice president of Brand Product Marketing, Memory Business at Samsung Electronics. “The 970 series sets a new bar in all aspects for the NVMe SSD market with groundbreaking performance, superior reliability and best-in-class capacity.”

The Samsung 970 PRO and EVO are designed based on the M.2 form factor standard and with the latest PCIe Gen 3×4 lane interface. The 970 series maximizes the potential of NVMe bandwidth, delivering unparalleled performance for processing large volumes of data, including 3D, 4K graphics work, high-end games and data analytics.

In addition to the advancements in performance levels, the 970 PRO and EVO deliver exceptional endurance and reliability. Featuring a five-year warranty5, or up to 1,200 terabytes written6 – 50 percent higher than those provided for the previous generation7 – the 970 PRO and EVO are built to last. The Dynamic Thermal Guard technology safeguards against overheating by automatically monitoring and maintaining optimal operating temperatures, while a heat spreader and new nickel-coated controller further lower the SSD temperatures.