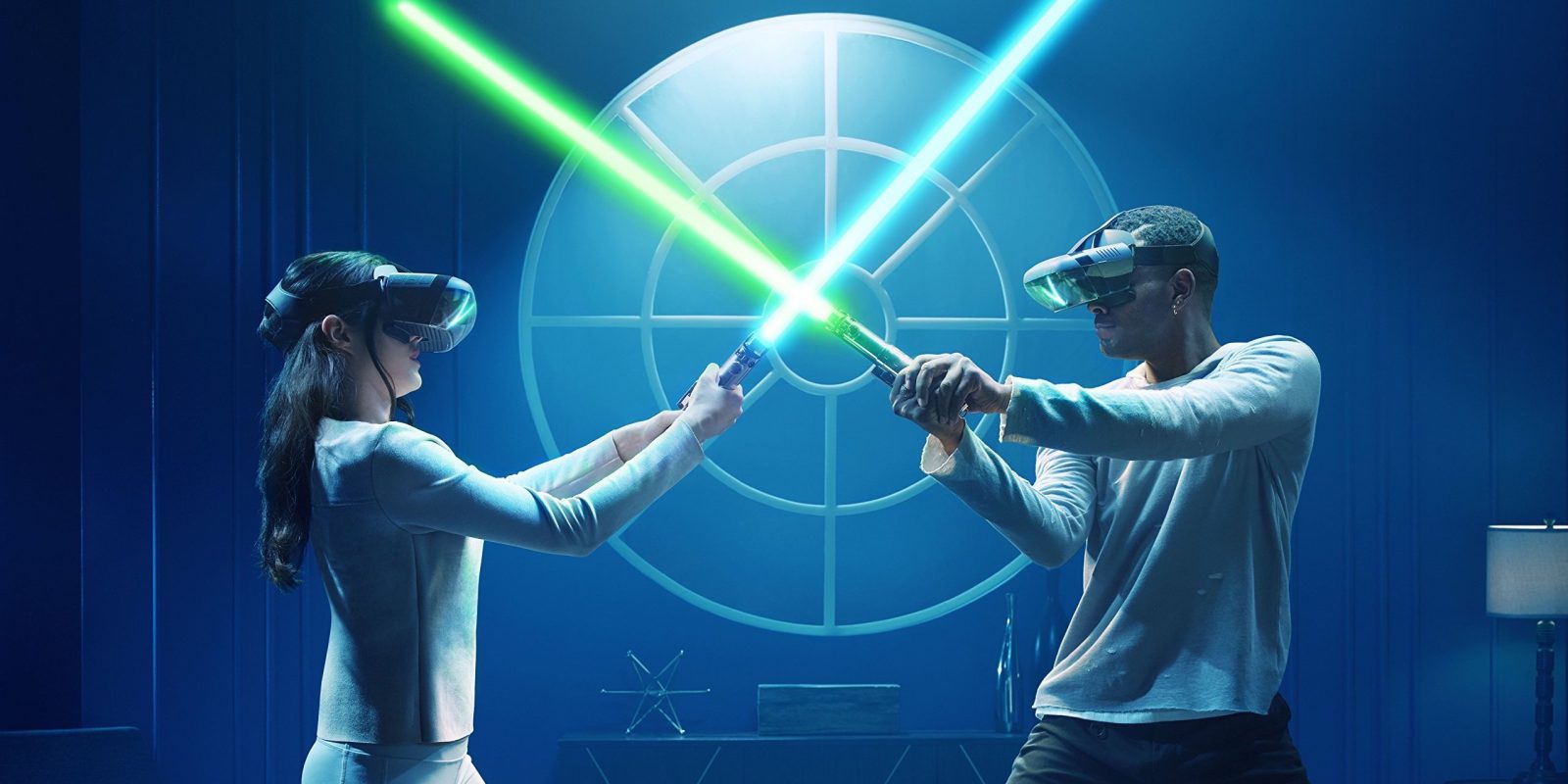 Fittingly enough, Disney and Lenovo are announcing the latest update to the Star Wars: Jedi Challenges iOS/Android AR game as we celebrate May the Fourth. The VR headset meets mobile AR game combines some of the latest technology in the space with everyone’s favorite sci-fi franchise. The two companies are launching a new update today that will allow players to challenge each other in one-on-one Lightsaber duels.

For those unfamiliar, Star Wars: Jedi Challenges is essentially a collection of AR games running from an iOS or Android app along with an included VR-like headset. Before today’s update, there were three main games to play with Holochess, Lightsaber Battles and Strategic Combat.

Holochess is straight from Star Wars: Episode IV – A New Hope and allows gamers to train their “mind in the ultimate game of concentration and strategy.” Strategic Combat includes commanding troops in large-scale ground wars and Lightsaber Battles is where we are getting the biggest updates.

Lightsaber Battles essentially pits players up against AI opponents like Kylo Ren and more in one-on-one duels. As one of the more popular aspects of the game, players really wanted to see something along these lines but with multiplayer, and it looks like that’s exactly what they are getting with the new Lightsaber Versus Mode.

While very much like Lightsaber Battles, the new mode allows players to fight each other in epic lightsaber duels with local multiplayer. From the sounds of it we are only getting local multiplayer here, but either way, it is a welcomed addition. Although a few caveats are in line here.

This will require two complete Jedi Challenges kits, the smartphones to run them and for both individuals to be on the same Wi-Fi network. But as long as you’ve got that, then you’ve got augmented reality lightsaber battles with your buddies in your living room.

Players essentially see a series of prompts for attacking, dodging, and blocking via the augmented reality-like HUD with an increasing level of difficulty as the battle ensues. While they certainly make it look a lot more epic in the trailer above, early reports of the new mode are all mostly positive.

The new Lightsaber Versus Mode will be a free update on iOS and Android much like the previous updates. Those included a pair of new single player duels, three new Strategic Combat missions on the planet Crait and the ability to play Holochess directly on the mobile device.