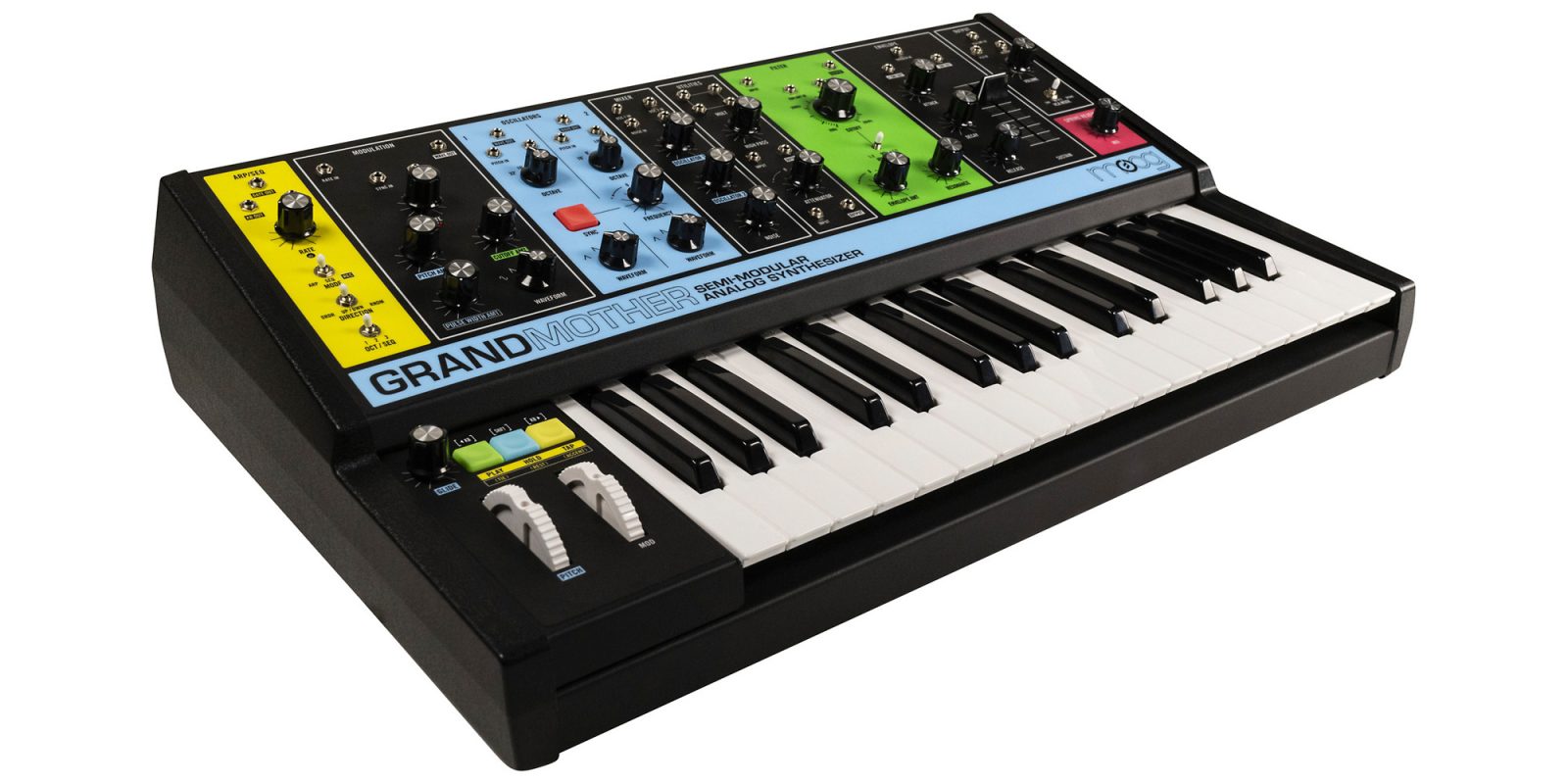 Along with the unveil of its new Subharmonicon all-in-one modular-synth, Moog is continuing its push into the Eurorack space with a new semi-modular analog synthesizer known as Grandmother. After the DFAM garnered popularity among the synth/modular crowd, Moog is now offering the Moogfest 2018 Edition for pre-order at Guitar Center ahead of a full release.

Unlike the DFAM (Drummer from another Mother) drum instrument and the more recent Moog Subharmonicon, the Grandmother takes on a more familiar, all-in-one Moog-style form factor with a built-in 32-note Fatar keybed.

The new instrument features a pair of analog oscillators with variable wave shaping and hard sync, a built-in sequencer (3 sequences with up to 256 notes in each), an arpeggiator, the 4-Pole Moog Ladder filter along with an additional and fully patchable 1-Pole High Pass filter we don’t tend to see in typical Moog releases. A bipolar attenuator, analog LFO and ADSR Envelope generator round out the rest of the basics. 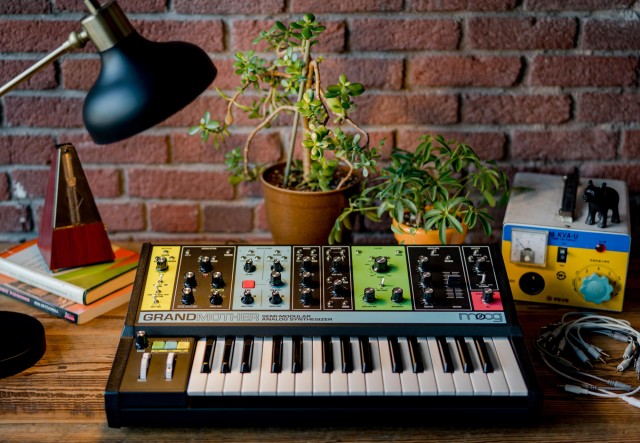 You’re looking at a semi-modular design here, meaning the machine is entirely playable in its stock or normalized state, but there’s a whole load of patch points available for those that want to dig in.

Moog says “normalized connections can be interrupted for full modularity” with 41 patch points (21 inputs, 16 outputs and a Parallel-Wired 4-jack Mult). You’re also getting the expected MIDI In/Out/Thru plus USB MIDI and a 1/4-inch external audio input. A simple USB connection to your Mac will allow you to send MIDI performances and control data back and forth to the system much like Moog’s Sub37, Sub Phatty and more, by the looks of it.

Oh and that on-board, fully analog spring reverb tank is certainly a highlight for me. I can see the external audio input jack getting a ton of use on these things. 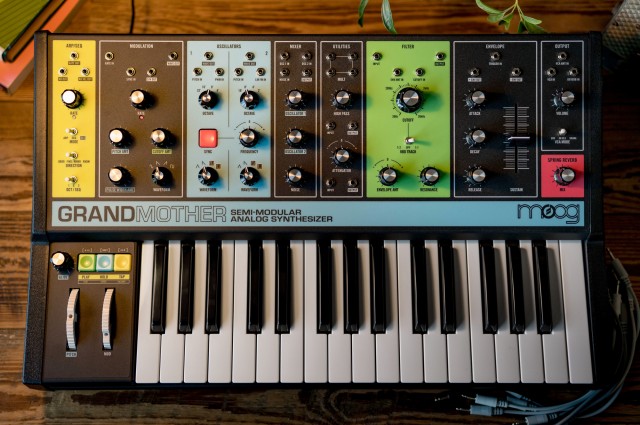 It is nice to see Moog embrace the Eurorack standard so deeply. With three major releases all compatible with another about as much as they are with the rest of the eco-system, the legendary company has likely extended its reach even further while still maintaining a nice balance for its long-time fans.

If all of that sounds as good to you as it does to me, the first 500 Moogfest 2018 Edition Grandmother synths are now available exclusively through Guitar Center at $899 shipped. The first run of 500 will also include a Moog denim jacket.

Moog and others have released some nice footage and short YouTube-style docs featuring the new instrument so you can getting en even closer look.