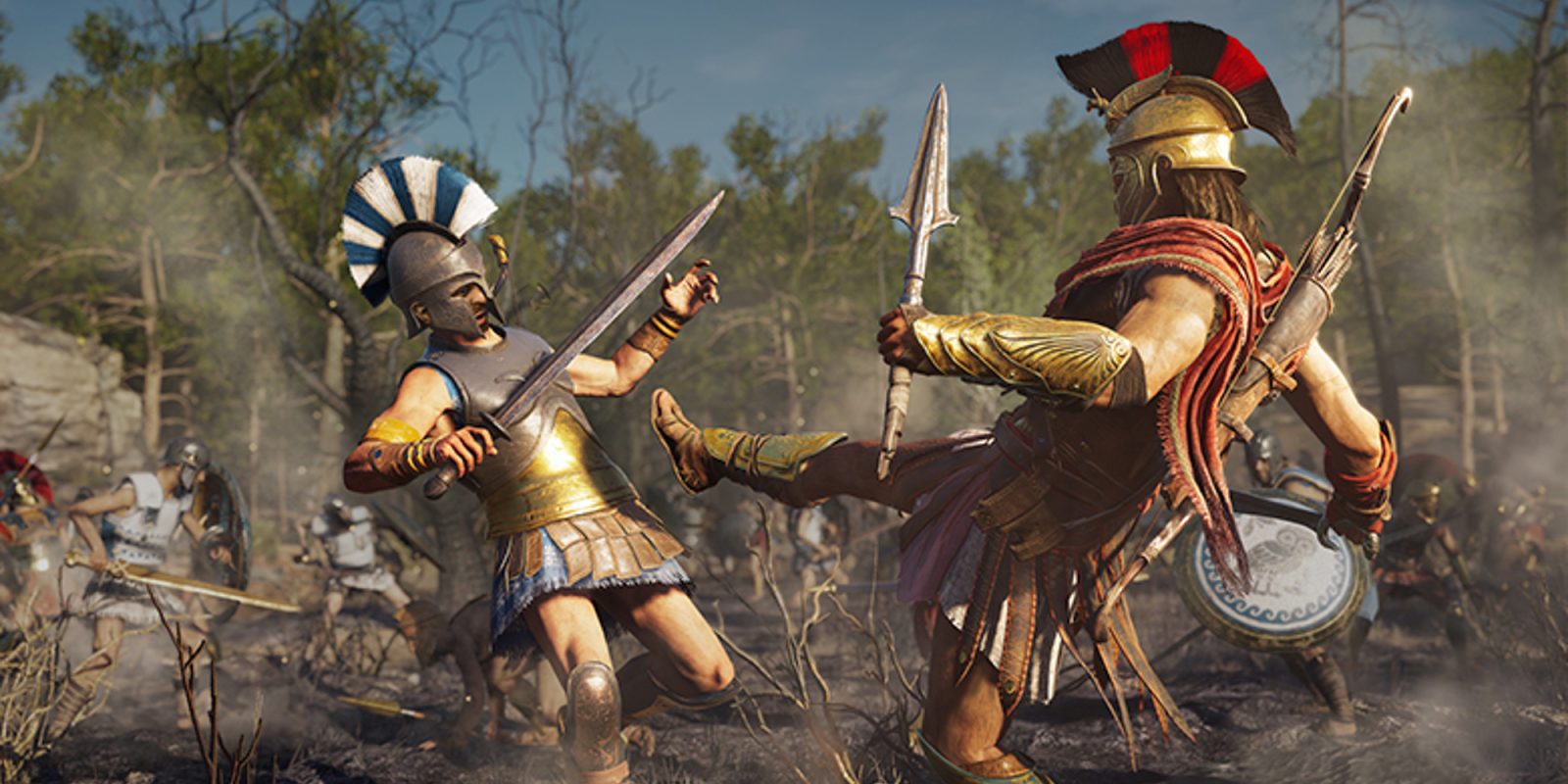 E3 is officially in full swing. Following Square-Enix, Ubisoft just finished up its showcase where it unveiled nine new titles alongside upcoming DLC and more. Be sure to head below and get caught up on the latest trailers, release dates, preorders and more.

Beyond Good and Evil 2 |

As a follow-up to the hit 2003 space opera, Beyond Good and Evil 2 brings modern graphics into the intense science fiction title set in the distance future. The high stakes drama was unveiled with an absolutely gorgeous cinematic trailer that takes you into the 24th century. In the game, you’ll play as a space pirate and master space and hand-to-hand combat. More details are sure to come, as there’s currently no release date.

The daring motocross racing series is back and this time takes you to new locations for you to perform masterful tricks or crash in style. The racing game is coming in a closed beta towards the end of the year, with a full release slated for February 2019 on PC, Xbox, PS4, and the Switch.

Fans of the hit title from 2016 will be thrilled as Ubisoft has unveiled the sequel, The Division 2. The game revolves around a story-based campaign where your actions have an impact on the world around you. As you explore a post-apocalyptic Washington DC, you’ll progress through a specialization system to personalize your character and gameplay style.

Raids will be coming to the Division 2, which allows up to 8 players to team up together. There will be 3 different DLCs in the form of episodes which bring new stories, areas to explore and more. All of these will be free to players as they’re released.

More details have emerged on the latest update to the hit 2017 Mario + Rabbids Battle Kingdom. The DLC focusing around Donkey Kong was announced last year, but today’s trailer shows off new abilities and more. Donkey Kong Adventure will be rolling out on June 26th. There’s no word on if this will be paid DLC or not.

Take to the high seas and explore the Indian Ocean with Skull & Bones, a comprehensive pirate game full of swashbuckling carnage you’d expect. It features ship customization, a reactive and evolving world filled with player encounters and more. It launches sometime in 2019.

Little has been announced about Transference, a psychological thriller coming to VR and traditional platforms later this fall. But the trailer is extremely interesting and we’ll be keeping our eyes on the title as more details are unveiled.

This expansive new space shooter packs starfighter combat, planet exploration and more. It hops on the toys-to-life train and allows you to bring customizable space ships toys into the game and includes characters from other series like Star Fox. It’ll be releasing later this year.

For Honor is one of the more popular multiplayer title releases as of late, and today Ubisoft has unveiled the game’s newest DLC. Marked as the largest and most ambitious update so far, Marching Fore includes a 4×4 multiplayer model mode called breach, that allows you to experience the intensity of a castle siege. Expect to see it later this year.

Ubisoft chose to use loads of fanfare to unveil Just Dance 2019. Launching sometime in October, the new title will be releasing on the Switch, WiiU and surprisingly, the Wii. Despite the exciting entrance, no gameplay footage was actually shown, so expect to see that in the near future.

Ubisoft ended this year’s showcase with the full announcement of its most highly-anticipated, Assassin’s Creed Odyssey. The latest addition to the game series brings you to Ancient Greece, where you can explore both land and sea throughout the golden age of Athens.

You’ll be able to play as two different characters, Alexios and Kassandra which offer different gameplay styles. The trailer showcases combat as well as a new customization and progression systems and more. Assassin’s Creed Odyssey will be launching this fall on October 5th.

Be sure to check out the rest of our E3 coverage to stay up to date on all the new titles that have been released.