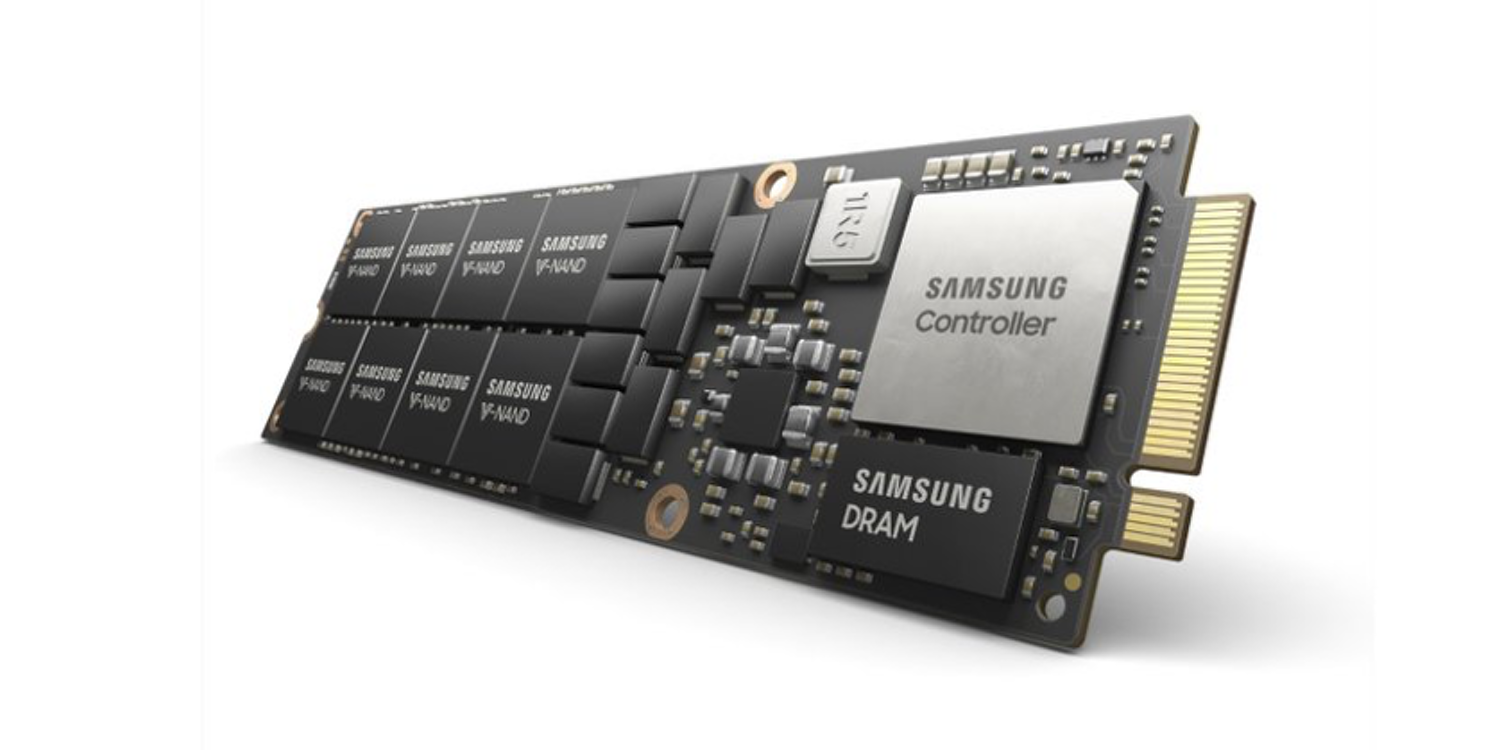 Whether looking at massive new hard drives or even faster and energy-efficient SSDs, storage technology has made significant leaps as of late. And yesterday one of the world’s leading manufacturers in memory and storage, Samsung, has announced its latest high-capacity solid state drive. The new NVMe NF1 SSD manages to pack a massive 8TB of storage into a compact form-factor boasting state-of-the-art performance with optimizations that make the new drive ideal for enterprise customers and data centers.

Samsung’s new PCIe 4.0-based SSD is the latest in the company’s long line of high-end drives. This time around though, the manufacturer is opting to focus on enterprise customers rather than your everyday consumer.

In order to pack the relatively massive 8TB of storage into the company’s NF1 form-factor, Samsung had to employ a new technique that differs from other drives in its lineup. By stacking 16 512GB packages which are each then comprised of 16 layers of 256 gigabit V-NAND chips, Samsung was able to produce an SSD that has twice the capacity offered by drives commonly used in high-end server configurations and ultra-slim laptops. 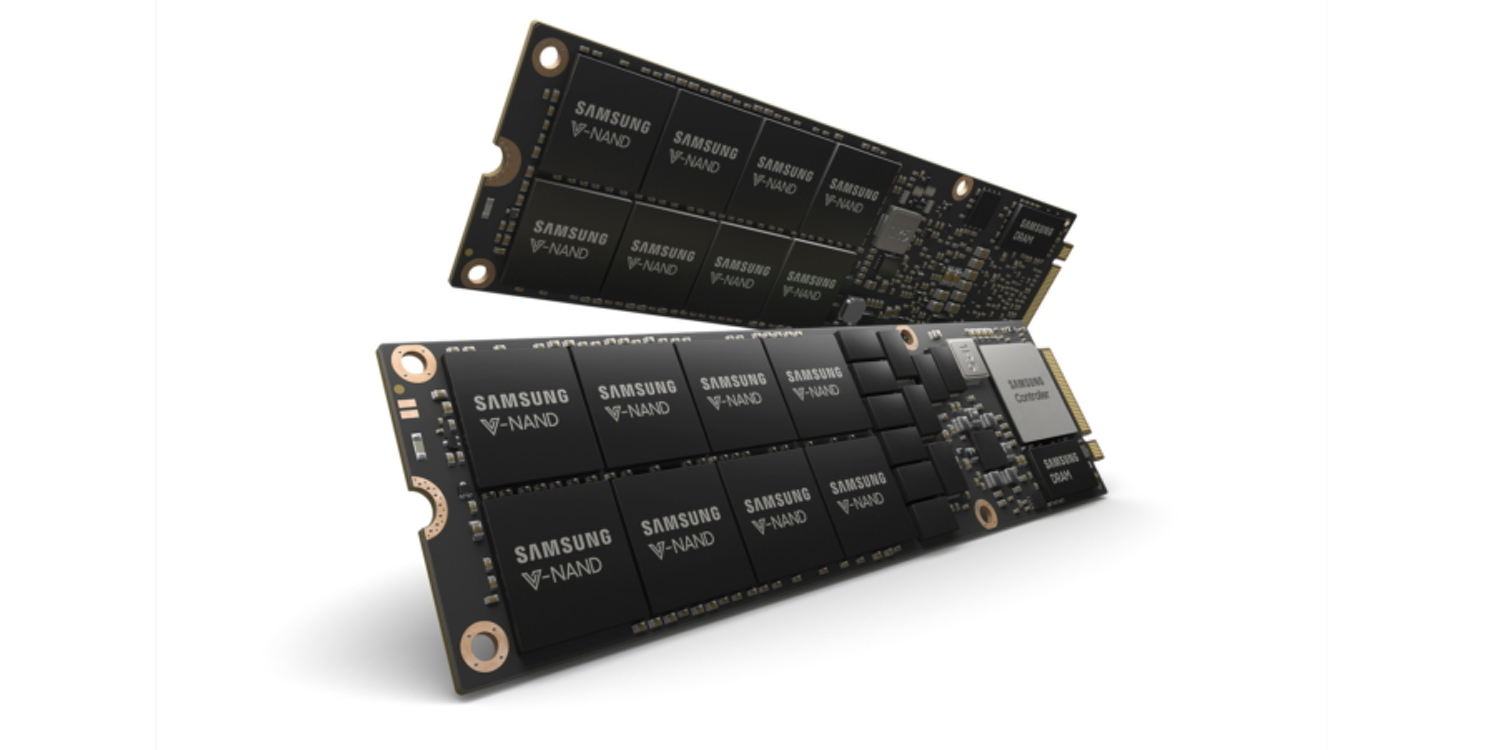 Aside from reliability, one of the most notable perks associated with solid state drives are their impressive I/O speeds compared traditional hard drives. Samsung’s latest debut is no exception, with the NVMe NF1 SSD boasting read speeds of up to 3,100MB/s and write speeds of 2,000MB/s. That’s five and three times the respective speeds of your average SATA SSD.

And while this may be overkill to house your ever-growing collection of movies and backups at home, Samsung’s new 8TB drive will be extremely compelling for data centers and other data-intensive server systems. The NVMe NF1 SSD packs all the advantages of traditional solid state drives into a significantly smaller form-factor, meaning data centers will be able pack more storage into each server and get even more out of their limited space.

Samsung has even noted that its new drives allows for up to three times the system density in existing server infrastructure, allowing for an unprecedented 576TB of storage space in the latest 2U rack servers. 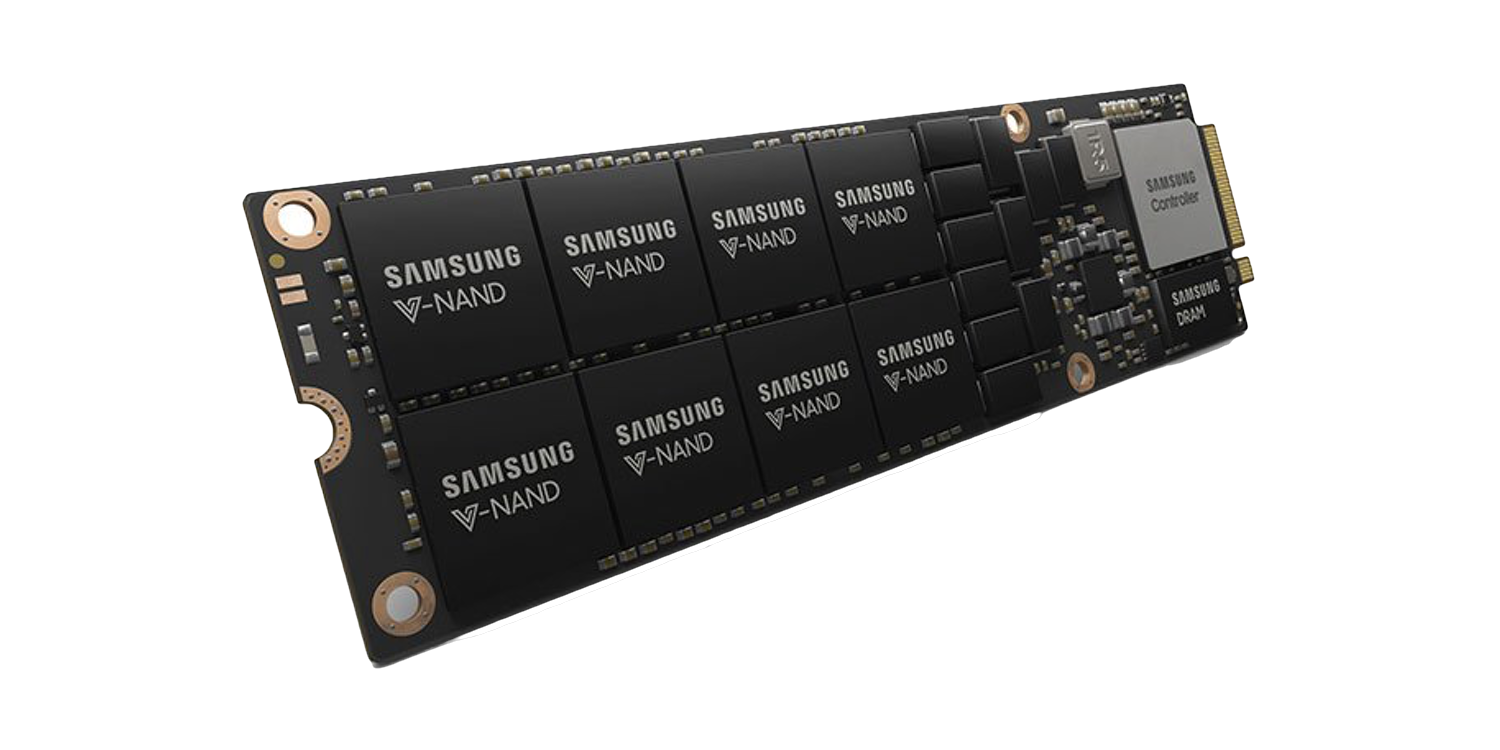 For those eager to get their hands on Samsung’s latest offerings, there’s currently no word on when the all-new 8TB SSD will be making its way to market. Pricing is still up in the air as well, with the eventual retail rate being one of the more desired bits of information to be announced about the drive. Unfortunately we’re still in dark on both fronts, so hopefully Samsung will provide more details as the year goes on.

The new SSD is built with 16 of Samsung’s 512-gigabyte (GB) NAND packages, each stacked in 16 layers of 256 gigabit (Gb) 3-bit V-NAND chips, achieving an 8TB density in an ultra-small footprint of 11cm x 3.05cm. This is twice the capacity offered by the M.2 NVMe SSD (11cm x 2.2cm) commonly used in hyper-scale server designs and ultra-slim laptops. The NF1 SSD is expected to quickly and easily replace conventional 2.5-inch NVMe SSDs by enabling up to three times the system density in existing server infrastructure, allowing for an unprecedented 576TB of storage space in the latest 2U rack servers.

The NF1 SSD features a brand new, high-performance controller that supports the NVMe 1.3 protocol and PCIe 4.0 interface, delivering sequential read speeds of 3,100 megabytes per second (MB/s) and write speeds of 2,000MB/s. These speeds are more than five times and three times that of a typical SATA SSD, respectively. Random speeds come in at 500,000 IOPS for read operations and 50,000 IOPS for writes. Utilizing the new NF1 storage solution, an enterprise server system can perform over one million IOPS in a 2U rack space, significantly enhancing the return on investment for next-generation large-scale data centers. The SSD also includes a 12GB LPDDR4 DRAM to enable faster and more energy-efficient data processing.

To ensure long-term data reliability, the NF1 NVMe SSD has been designed with an endurance level of 1.3 drive write per day (DWPD), which guarantees writing an entire 8TB of data 1.3 times a day over its three-year warranty period.

Samsung plans to accompany its 256Gb 3-bit V-NAND-based SSD with a 512Gb version in the second half of this year to accommodate even faster processing for big data applications, while also accelerating the growth in next-generation enterprise and mid-market data centers.