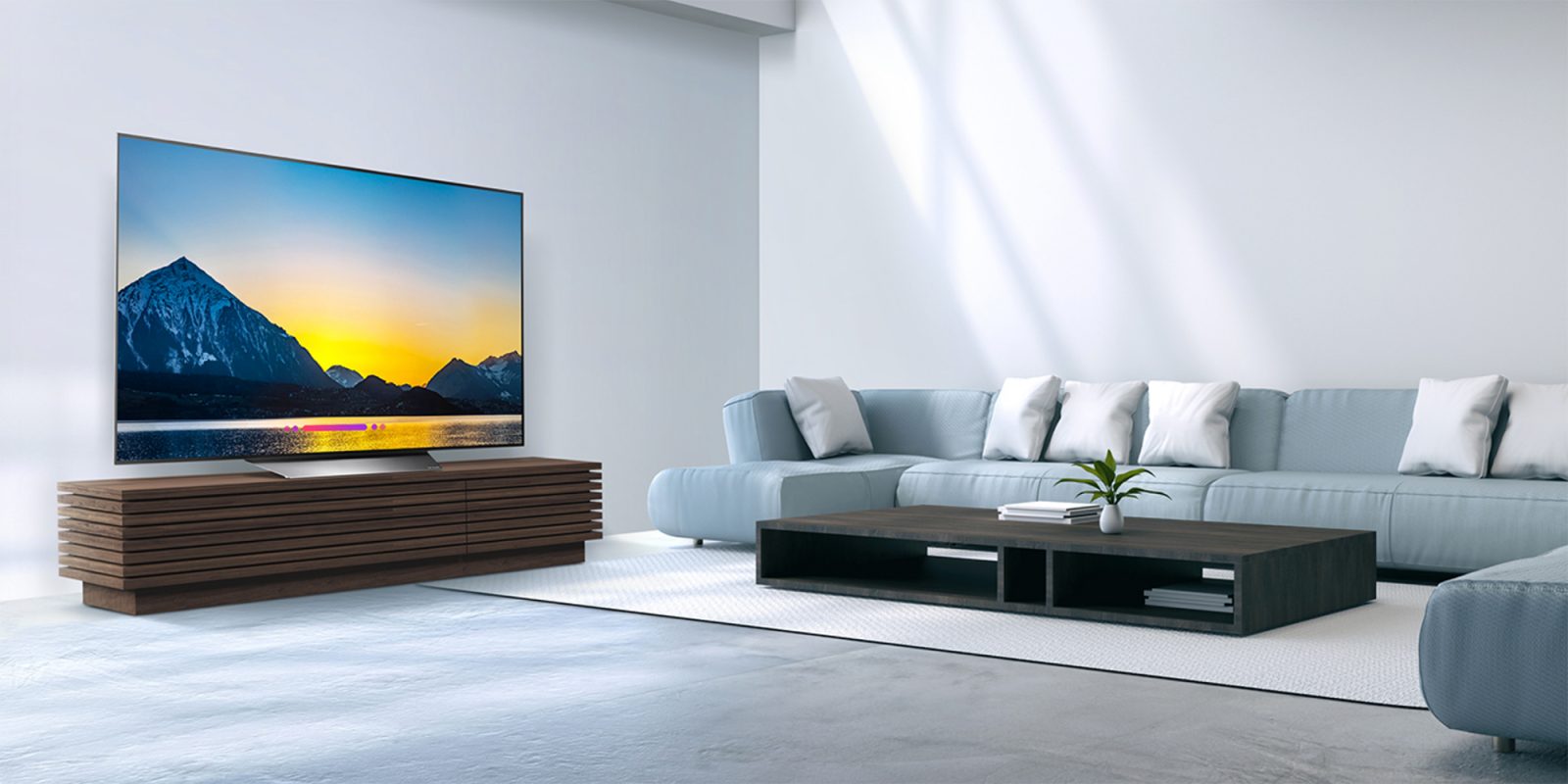 Originally detailed back a CES 2018, LG’s B8 OLED 4K TV was slated to be a much-anticipated release this year. Priced from $2,300, it’s one of the most affordable OLED offerings from LG in recent memory. Well, after much anticipation, this Google Assistant-equipped TV is finally available for purchase. Even better? It’s getting a launch day discount. More details below.

In recent years, LG’s OLED lineup has been somewhat of the holy grail for consumer TVs. Known for inky blacks and exceptional refresh rates, the feature-set has warranted a higher-price tag that’s turned some away. Despite still being over $2,000, the new B8 is one of LG’s most affordable OLED offerings. Anytime that a manufacturer nudges its prices down without sacrificing features, that’s a win for consumers.

The B8 ships with many of the same specs found in the higher-priced C8 model, with the primary difference coming with the latter’s upgraded Alpha 9 processor. Otherwise, you’ll find the same beautiful display that’s made the C8 a fan-favorite in early reviews this year. Of course, the C8 runs well over $1,000 more than today’s release, which is a turn-off for many.

LG’s 2018 OLEDs ship with the AI ThinQ platform, which can be found on its smartphones as well. This includes full Google Assistant support that’s sure to be a hit with smart home enthusiasts. Much like Alexa and the Fire TV Cube, leveraging Google Assistant allows LG to become a center piece to any setup, not just a display mounted on the wall.

Other notable features include full HDR10 support along with four HDMI inputs and three USB ports. That’s enough to keep all of your gear plugged in and ready to rock at a moment’s notice. LG once again leans on its webOS platform to handle all of your favorite streaming services like Netflix, Hulu and others.