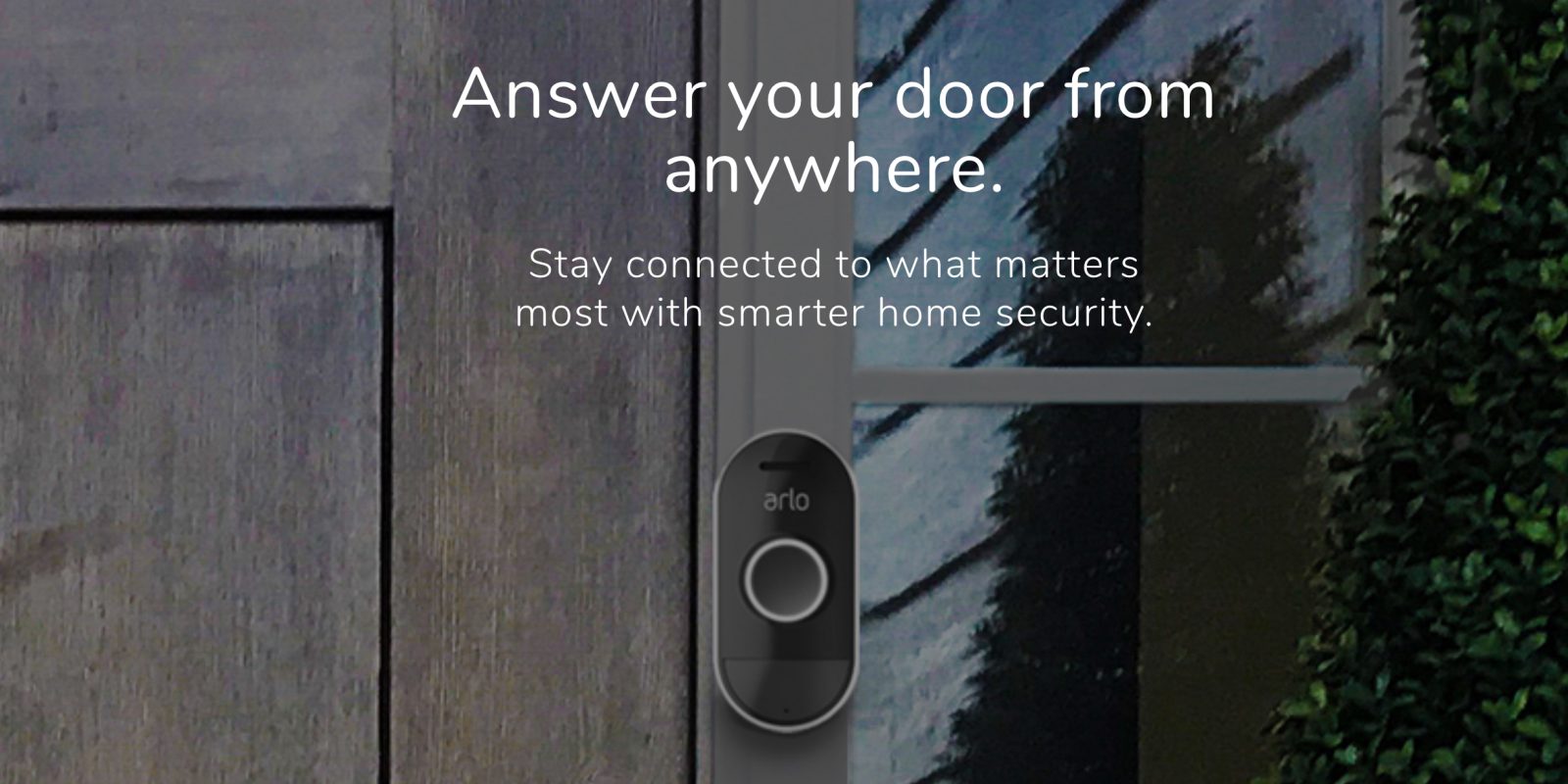 This morning, Netgear announced that its Arlo sub-brand is going to add a new smart doorbell to its expansive lineup of home security products. Today’s news comes on the heels of Apple’s decision to remove the entire smart doorbell category from its HomeKit accessories list for the time being. Netgear’s consumer-focused security lineup has enjoyed great success in recent years as it has expanded to include a wider range of competitively priced products.

Officially called the Arlo Audio Doorbell, Netgear is skipping the video-conferencing features made popular by Ring in favor of a slimmer design and improved battery life. As expected, you’ll be able to speak directly via your smartphone device to anyone at the door. More details below.

While the new Arlo Audio Doorbell doesn’t directly support video like some of its competitors, Netgear is making a bet that most users will already have one of its security cameras installed near a front door. It’s made to be an add-on rather than a standalone product that we’ve seen from other manufacturers.

The Audio Doorbell features both a microphone and speaker, so you can have full two-way communication with any visitors. Thankfully, Netgear is offering a few different ways to power this new setup. Audio Doorbell will accept traditional two-chime power setups but it can also be used with batteries if you prefer going the wireless route.

Never miss a visitor with convenient calls right to your smartphone. If you’re unable to respond, they can simply leave a message. A wire-free Arlo Camera works seamlessly with the Arlo Audio Doorbell providing the full picture of your entryway. You can replace your existing chime by adding a wire-free Arlo Smart Chime speaker to any wall outlet. Plug in multiple chimes in different rooms around the house.

Netgear is also introducing an accompanying Smart Chime that pairs with the audio doorbell as well. This nifty add-on lets you place chimes throughout your home, which make it easier to hear when someone is at the front door. Details are a bit thin at this point, but our understanding is that you can’t communicate with visitors via the chime as it only acts a simple doorbell ringer in this instance. Any use of the built-in speaker and microphone must be done via your iPhone or Android device.

Although announced this morning, the latest additions to the Netgear lineup are not due out until this fall. Because of that we’re aren’t yet privy to any details on pricing at this time. You can find more details on today’s release at this official Arlo landing page. There’s also an option to sign-up for more information as it becomes available later this year.