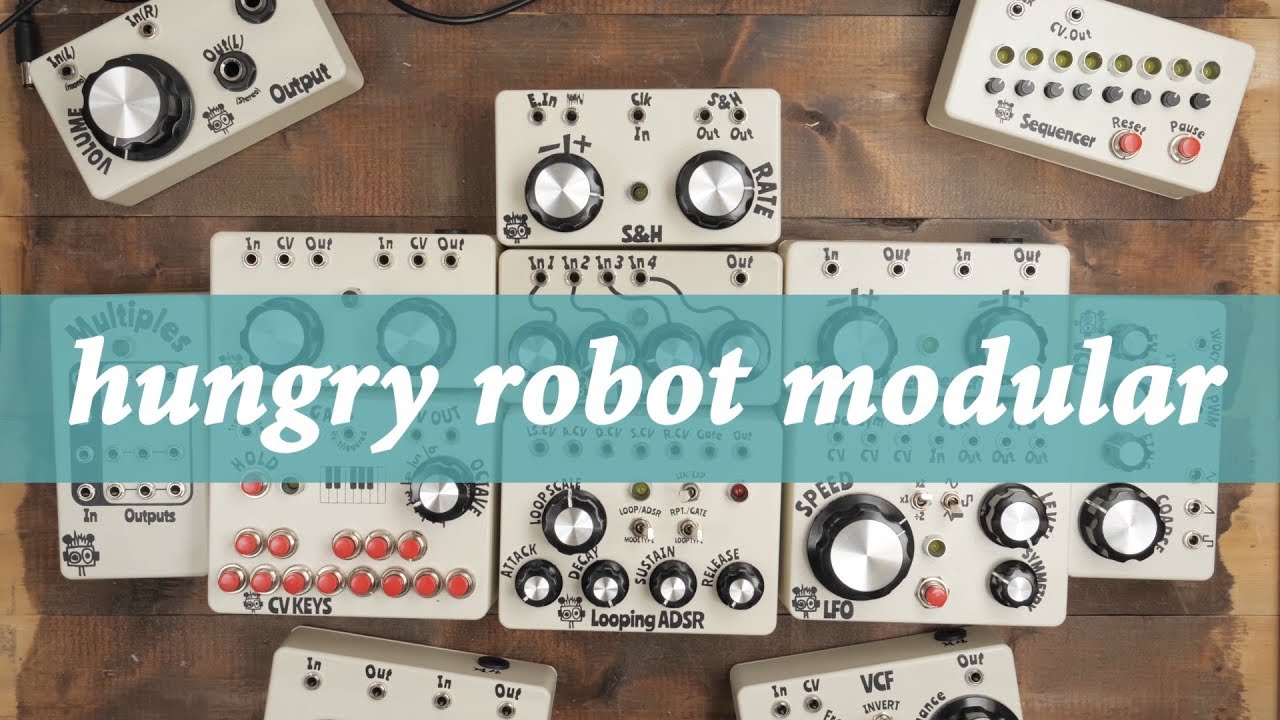 Synthesizers in general, especially hardware variants, can seem daunting at first to your average musician. Modular synthesis adds another level (or two) of complexity on to the formula making it even more out of reach for up and coming producers, sound designers and audio programmers. Another thing to keep in mind is that synthesizers are inherently expensive and modular setups can get pretty crazy with the need for external power supplies, cases for each unit, cables and more.

There are certainly companies out there looking to offer up interesting products to ease musicians into the world of modular synthesis and synthesizers in general, but the new desktop modular boxes from Hungry Robot certainly caught our eye.

Hungry Robot has been in the guitar pedal game for a few years now, creating some super wacky and borderline experimental effects units. But the company is changing gears a bit with its new desktop modular synthesizer units. By wrapping each module into a sort of guitar pedal-like form-factor, in-turn negating the need for expensive power supplies and cases, Hungry Robot has produced what appears to be one of the most accessible modular lineups out there.

Starting at around $75 a pop, there are 13 modules for starters spanning all the basics to get you going. That includes a VCO, ADSR, LFO, Sequencer, Mixer, a Dual VCA a mult unit and a basic output module. They all basically run on your typical 9V DC adapter you would use with most guitar pedals and are compatible with Eurorack gear and most semi-modular all-in-one synths.

Hungry Robots sees the new line as essentially a “gateway drug for those starting their modular journey”. Without the need to get buried in research on what power supply is best for which case (etc.), it looks to us like HR has done just that. You’ll certainly have all the bread-and-butter functionality you’ll need to get your rig off the ground and we also love the idea that these will easily integrate into a growing modular setup for years to come.

However, the price seems a little lower than it really is here. To get going, even without buying all the units, you’re going to need to spend around $400 or $500, which is not cheap. There are semi-modular synths out there with much of the same functionality for less than that.

Having said that, the price is competitive at least and these little units do offer a level of simplicity in combination with the ability to link them up with other gear that is fantastic for newcomers. We just wish the price was a little bit lower. Nonetheless, I will certainly be grabbing a few of these at least.