Pure Cycles Volta Review: modern and lightweight, this eBike is a perfect commuter 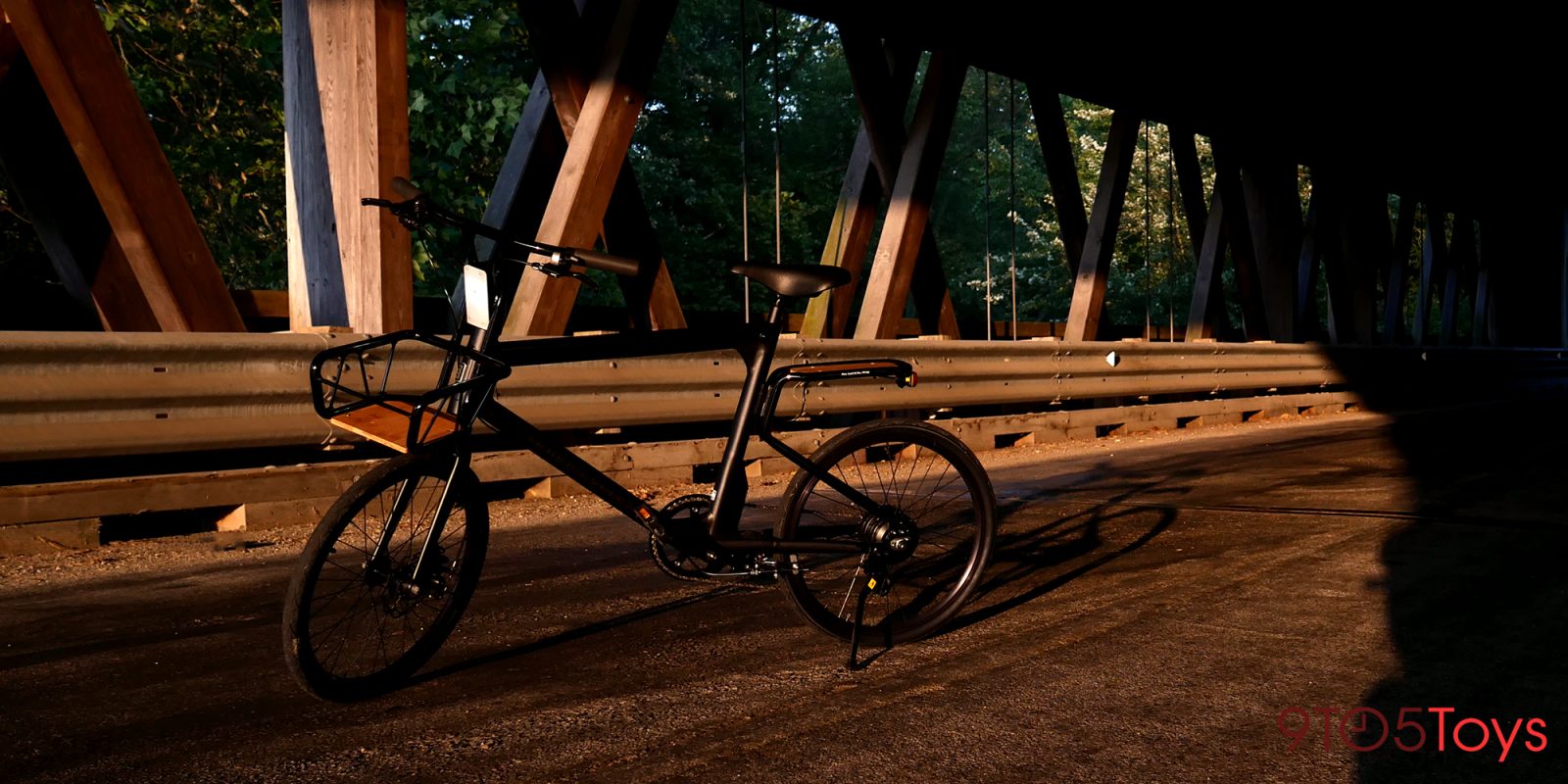 Working at 9to5Toys, I’ve been able to get my hands-on some pretty cool technology over the years. As trends come and go, different products will catch my eye, but perhaps none more than the slew of electric bikes that we’ve reviewed over at Electrek. In recent months, Seth, Fred and Micah have detailed just about every style of two-wheel transportation you can imagine, so long as it’s powered by electricity. In that time, I’ve been watching and waiting for the perfect chance to ride on my first eBike. That day is today.

Pure Cycles first arrived on the scene six years ago, but it wasn’t until recently when we featured a deal on 9to5Toys that I became familiar with its offerings. For the past few weeks I’ve been able to take one of its latest releases, the Volta, out for a spin. I couldn’t have picked a better ride for my first eBike experience.

Admittedly, I was fairly nervous when I received the shipping notification that my new eBike would be arriving. The idea of putting together the unit itself wasn’t exactly at the top of my eBike bucket list. Upon arrival I was greeted with a large cardboard box that contained the frame and rear tire. Separately boxed was the front wheel and seat.

Pure Cycles eased any concern with a simple set up process that didn’t require any more than a few turns of a wrench. Bonus points to them for including the necessary tools needed to assemble the bike itself. From there, a download of the Pure Cycle iOS app and I was ready to power-up my eBike for the first time. I received the DIY version, but you can also opt for “fully-built” delivery for an additional $99. 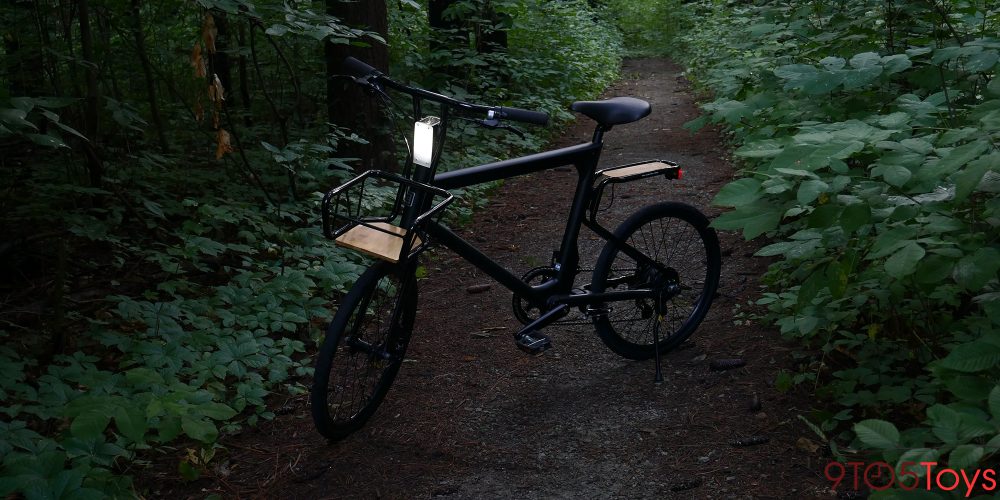 The Volta has built-in GPS tracking, which is helpful for keeping track of it away from home but also plays a role with the included key fob and app. First I had to create an account with Volta and then pair both my app and the key together. A simple enough process that will be easy for anyone that’s used a Tile tracker, or other location-based accessory.

From there, it was time to charge up the internal battery. Volta includes a wall charger that gives plenty of length for powering the bike. It’s nice to have some flexibility and not be tied up right next to the wall. It takes around two hours to fully charge the internal power supply. That’s perfect if you’re using this as a daily commuter and powering up during work hours. 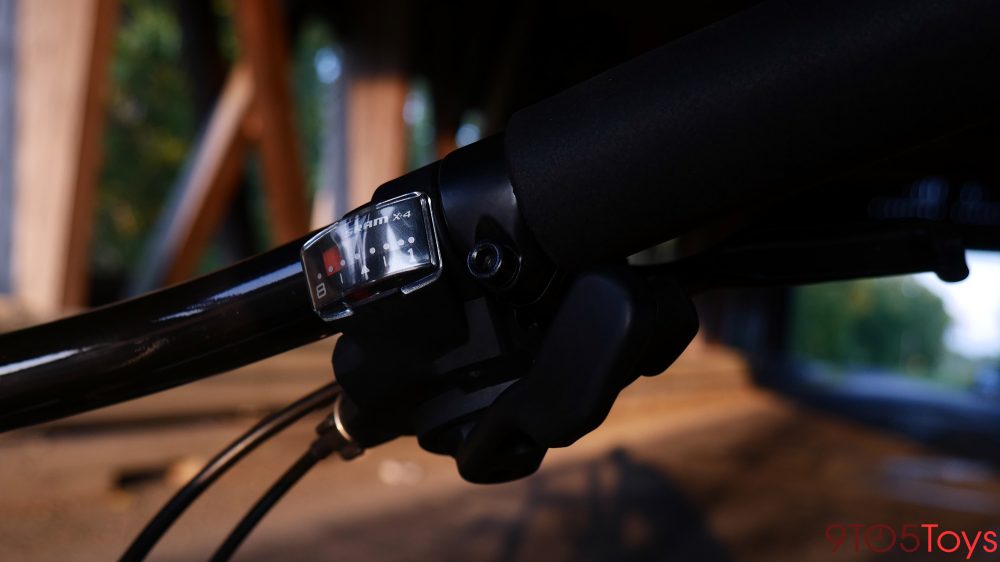 Volta weighs in a 37-pounds, which is rather lightweight by comparison to some of the other eBikes that we’ve reviewed. It has a sleek frame that hides nearly every bit of the electric components, which is nice if you’re not going for that overtly electric design.

Pure Cycles has elected to use a 250W hub motor that has a very compact design. The Panasonic battery and motor combine to put out a maximum of 42W worth of power with a maximum range of 40-miles. Speed tops out at 20mph officially, but I was able to push that number further in some instances. 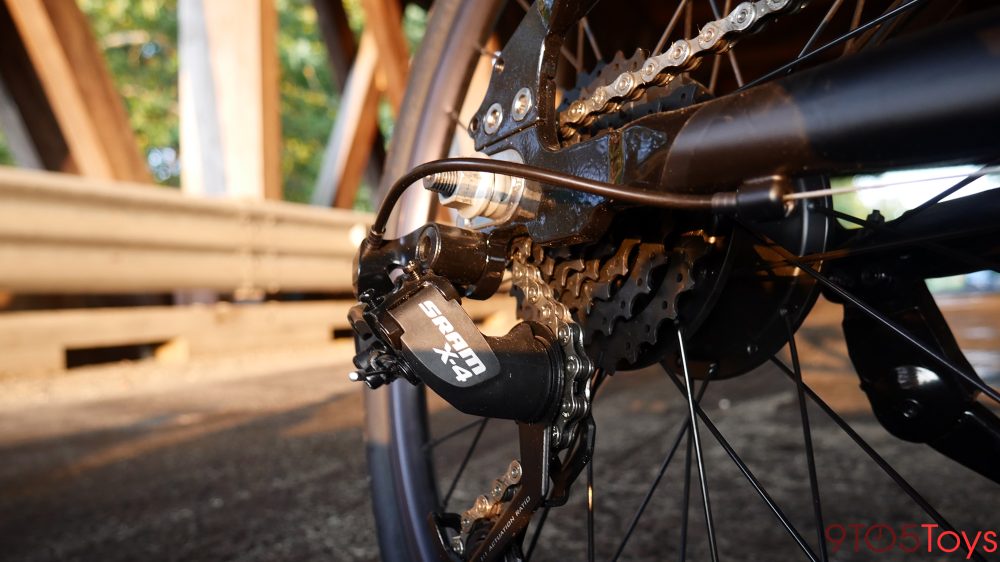 The frame is made from aluminum alloy with hydroformed tubing. It comes in a default 20-inch size that’s designed to fit riders between 5′ and 6’4″. There is an integrated display on the handlebars, which relays information about your ride and can be used to help track fitness data as well. A headlight and cargo basket outfit the front, as well.

For this review, I was given the eight-speed model but there is also a single-speed version available as well. Pure uses a SRAM X4 shifter here, which does take a bit of time to get used to, given the downshift is hidden up under the handles. A Tektro front disc brake and traditional caliper on the rear highlight the list of notable components here. 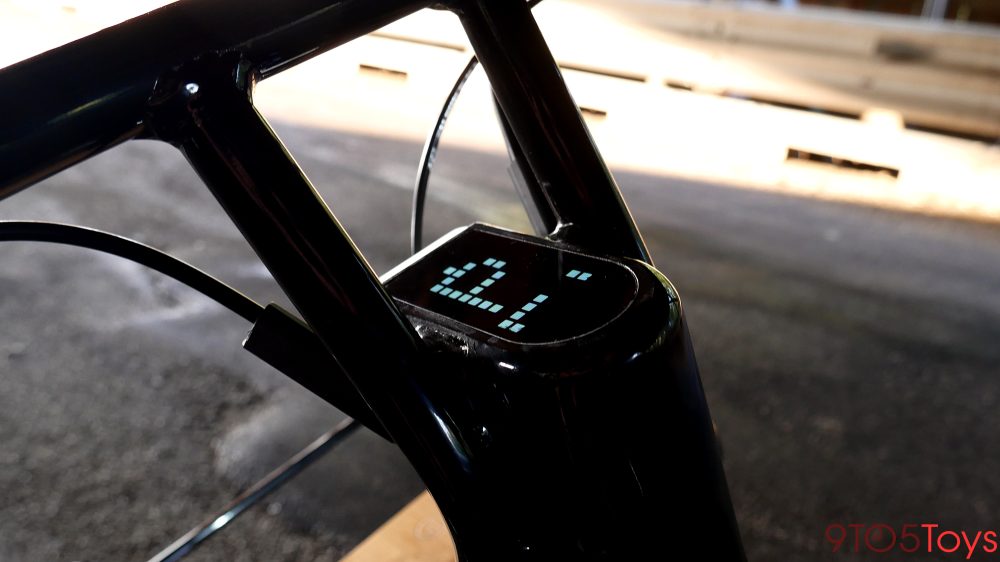 I’ve never ridden an electric bike prior to the Volta showing up at my doorstep. Having some previous experience with throttle-equipped two-wheelers, I was anxious to see how controlling the tempo via pedals would compare. When it comes to that first push, it’s such a unique feeling to be jolted forward and pick up speed faster than a traditional bike. As a commentary on electric bikes in general, it’s an experience that you must have once in your life. Feeling that extra push of energy is more fun than I anticipated. The steady stream of neighbors, friends and family members that also took Volta for a spin agreed.

At Electrek, we’ve reviewed a number of electric bikes over the last year. As I’ve watched various styles roll through, I’ve been more drawn to the simplistic designs versus beefier models that make pack more impressive specs.

A few things standout right away on Volta. First, I love the sleek and slim design. Matte black is timeless and really nothing about this bike screams electric. The battery is fully-integrated into the frame and its rear-hub motor doesn’t standout unless you’re intentionally looking for it. From a design perspective, it checks every box for someone just beginning to dabble in the world of electric bikes. 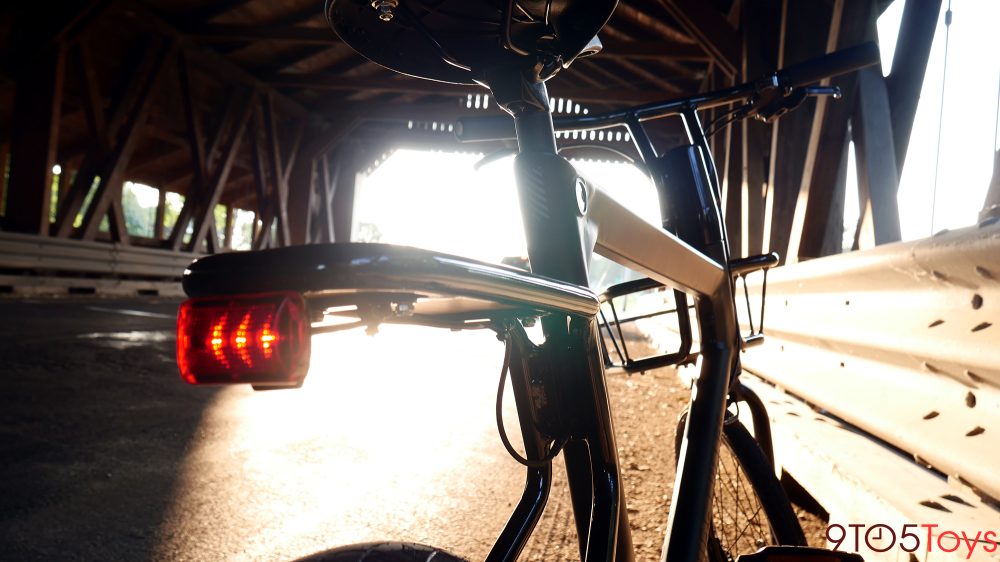 The 37-pound frame is light enough that you could see city dwellers easily carrying this up to an apartment via the stairs or an elevator. It’s not bulky and disruptive, at least by bike standards, and it’s pretty easy to maneuver overall.

Volta’s app and key fob are a nice touch, especially for this techie. I did use the fob periodically to unlock the bike but preferred the app from a functional standpoint. There was so much more data available and the idea of calling up various settings, checking GPS and battery levels from my iPhone X is pretty cool from a futuristic standpoint.

While the overall eBike experience was a blast, Volta isn’t without some downfalls. Those that prefer a cushioned ride and various adjustments aren’t going to feel comfortable on its rather rigid frame. The stock seat provides minimal cushion, so you aren’t going to want to take it on any rough terrain. There’s very little give on the frame, as well. Pure Cycles doesn’t intend for Volta riders to go off the beaten path, making my complaints more about my decision where to ride versus what to ride. 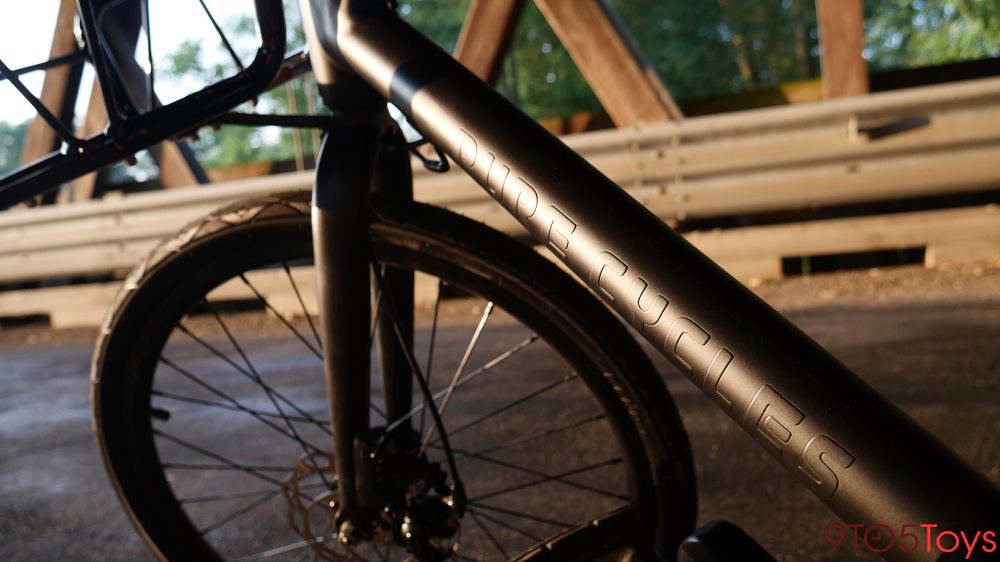 Pure Cycles’ Volta eBike is a blast to ride. It was everything I could hope for when cruising around town with minimal electric bike experience. There are some nit-picky things in regard to build, but you’re going to pay more for alternatives that offset those complaints. It’s lightweight, sleek and has a modern design. This was definitely the coolest bike on the streets where I live. I whole-heartedly recommend it for beginners and urban commuters.