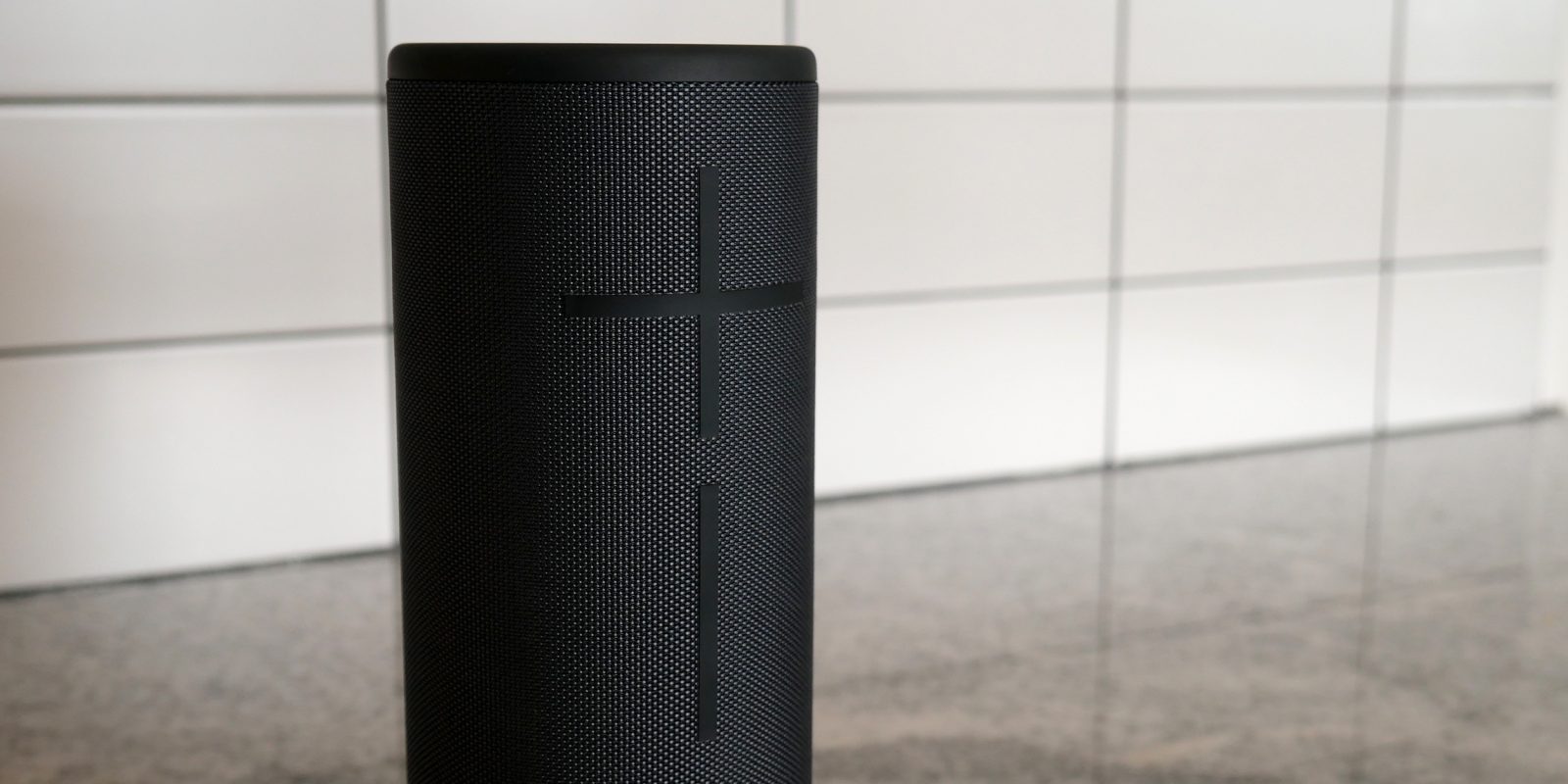 This morning, Ultimate Ears announced the follow-up to two of most popular Bluetooth Speakers with the BOOM 3 and MEGABOOM 3. The latest from UE delivers the same bright colors and in your face design, but this isn’t simply a re-branded version of the previous generation. Both speakers feature a new ‘Magic Button’ on top that allows for users to control music and instantly start pre-determined playlists. UE has also completely remodeled its iOS app to include a handful of new features.

I’ve been able to go hands-on with the latest BOOM speakers from UE over the last few weeks. Head below for a quick look and a few thoughts on today’s release.

While two speakers were released today from Ultimate Ears, they are largely identical save for a few differences in stature. Both offer an IP67 rating that delivers waterproofing and drop protection along with a built-in floating mechanism that keeps them within eyesight on the water.

The 360-design remains true to Ultimate Ears’ previous releases, which have made the BOOM lineup a summer mainstay over the last five years. Both models have gained support for UE’s POWER UP wireless charging dock. That sure beats using that microUSB port on the side to juice up the speaker.

One notable difference is in battery life. The BOOM 3 clocks in at 15 hours while the larger model MEGABOOM 3 pushes it further to 20 hours. Otherwise, both speakers are largely identical in all areas. Ultimate Ears is offering four colorways at launch – Night (Black), Sunset (Red), Lagoon (Blue), and Ultraviolet (Purple) – with additional Apple Store-exclusives coming down the line.

The Ultimate Ears lineup of speakers has been a 9to5 favorite for sometime. Each release seems to improve in one way or another, making a consistent recommendation every time around. UE knocks it out of the park when it comes to design. You’re guaranteed to get premium materials each time and visuals to match. 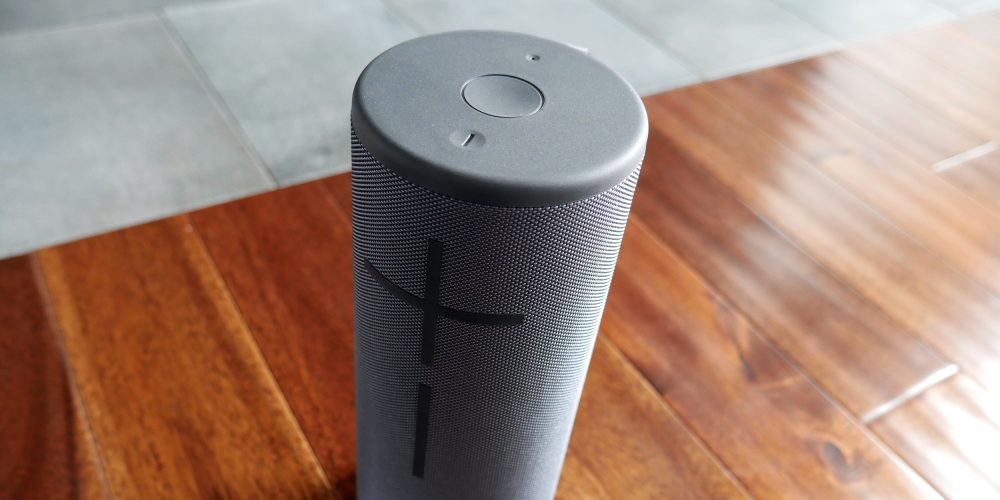 Subtle improvements on waterproofing, battery life range are all to be expected on a third generation product. And frankly, it’s becoming more difficult for Bluetooth speakers to standout as much as they once did. So let’s focus on the big addition to UE’s BOOM lineup: the Magic Button.

Via the redesigned Ultimate Ears app, users can automatically assign Apple Music or Deezer playlists to start up at the press of the Magic Button. It also has all of the usual play and pause capabilities as well. I was less enthused about the feature at first glance, but found it to be quite handy in practice. Sometimes, it’s nice to not depend on your device every time you want to hear some new tunes. The app is rather straight-forward when it comes to set up and I’d recommend going this route if you pick up either speaker. 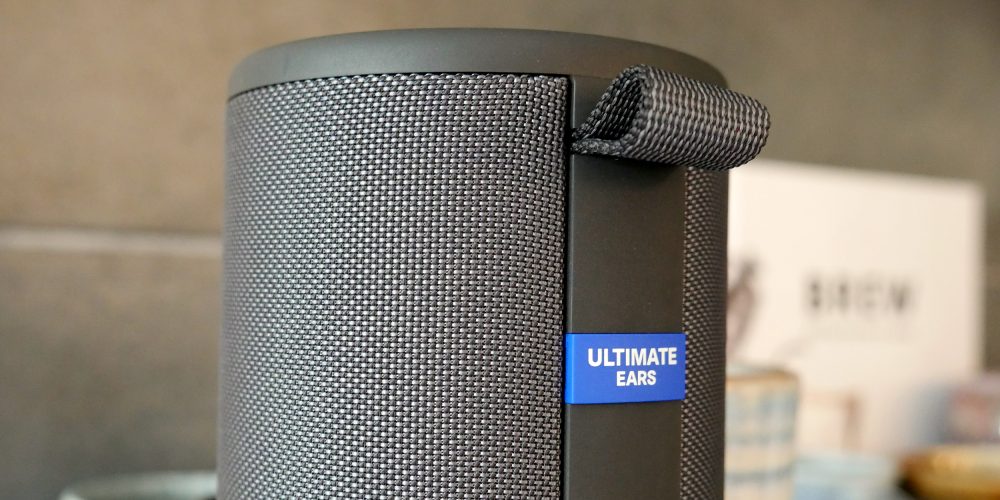 Now to charging. Imagine my disappointment to a see a damn microUSB port on the backside of my BOOM 3. While the addition of wireless charging via the POWER UP dock is nice, it’s a hard sell at an additional $40 when these speakers already have a premium $150+ price tag. Give me USB-C and call it a day.

I’m somewhat stuck on a recommendation for Ultimate Ear’s latest releases. And that hesitation strictly comes from a value perspective. Don’t get me wrong, this speaker sounds great. Its bass is powerful, vocals are crisp and the battery life is sufficient. 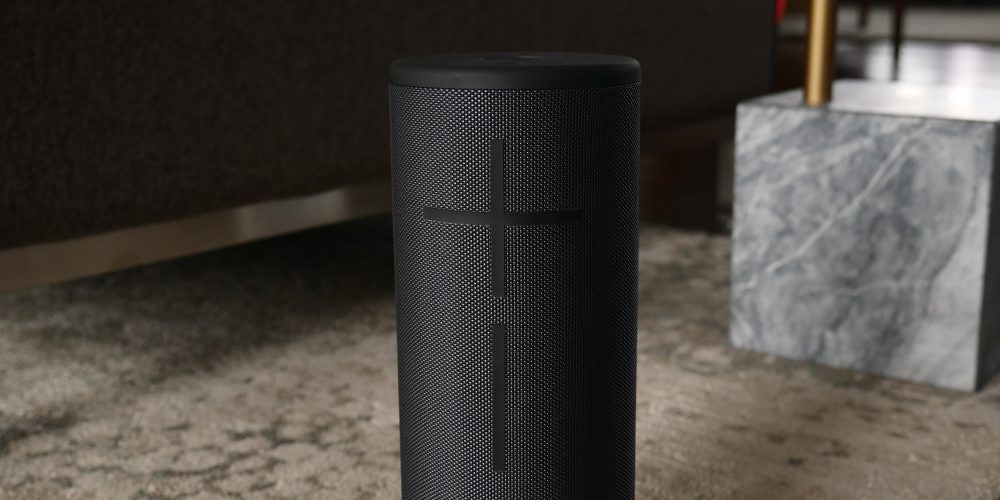 But with the market flooded with options for far less, you’ll have to weigh whether this year’s iteration is worth shelling out up to $200. Especially considering that the BOOM 2 is dropping rapidly in price and is sure to hit $100 in no time. How much do you value the Magic Button, refreshed iOS app and increased waterproofing? It’s going to be an instant yes for some, while others may reach for more value-focused offerings.

Make no mistake about it, UE’s new BOOM 3 and MEGABOOM 3 are the cream of the crop when it comes to the portable Bluetooth speaker market. The problem is, in 2018, what’s the demand ultimately look like?