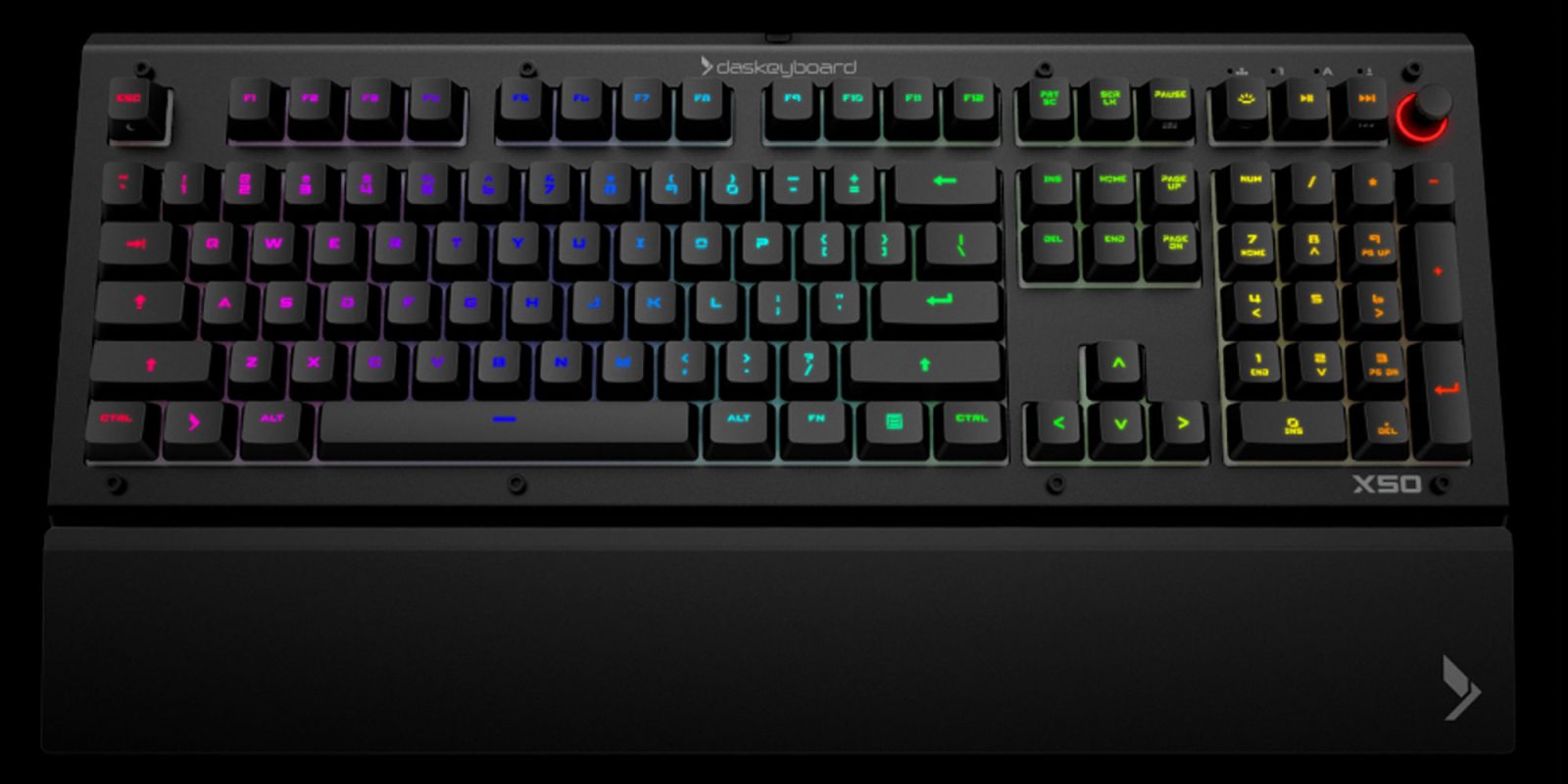 Keyboards are something that many of us spend hours a day in front of. In fact, I spend the better part of 10+ hours a day with my fingers either on, or really close to my keyboard. It only makes sense that the less your fingers have to move, the more productive you are, right?

Well, that’s what Das Keyboard though with its latest X50Q RGB Smart Mechanical Gaming Keyboard (X50Q for short). According to Das, this is the “world’s first smart gaming keyboard” but what does that really mean, and could it actually benefit you in the long run?

The first question one might ask is: what’s a smart keyboard? I mean, we have macro keys already, does that not make my keyboard “smart”. The answer simply is, no. The X50Q packs more than just macro keys, it’s a cloud-connected keyboard that has an open API for any developer to build a unique plugin for.

This keyboard packs many features, but we’ll dive into the “smart” options first. This is done through the software via Signal Center, which is where you can set up the customizations.

You’ll use either IFTTT or Zapier to automate your workflow, and you can set up many different options. Have a certain key blink if your Nest camera detects motion, or something similar.

Das shows things like “have the ‘B’ key light up a certain color when you receive an email from your boss”, but the possibilities are endless.

This is great if one looks at your keyboard often, but I rarely do. I type from memory and don’t often look down at the keyboard unless I’m doing something I don’t normally do (like a symbol that I generally don’t type, using an F-key, or the like).

But, as a keyboard, the X50Q looks fantastic. There’s a dedicated volume knob (one of my favorite things on a keyboard) that can illuminate certain colors for notifications, like other keys. You’ll also receive dedicated buttons for media controls, which is another favorite of mine.

The switches are similar to Logitech’s Romer G-style, so if you’re already familiar with those, you’ll be right at home with this keyboard.

RGB backlighting also finds its way to the X50Q, and there is “2x the brightness” of normal RGB keyboards. Each switch is rated for 100,000,000 clicks, claiming the title of “world’s longest lasting switches.” 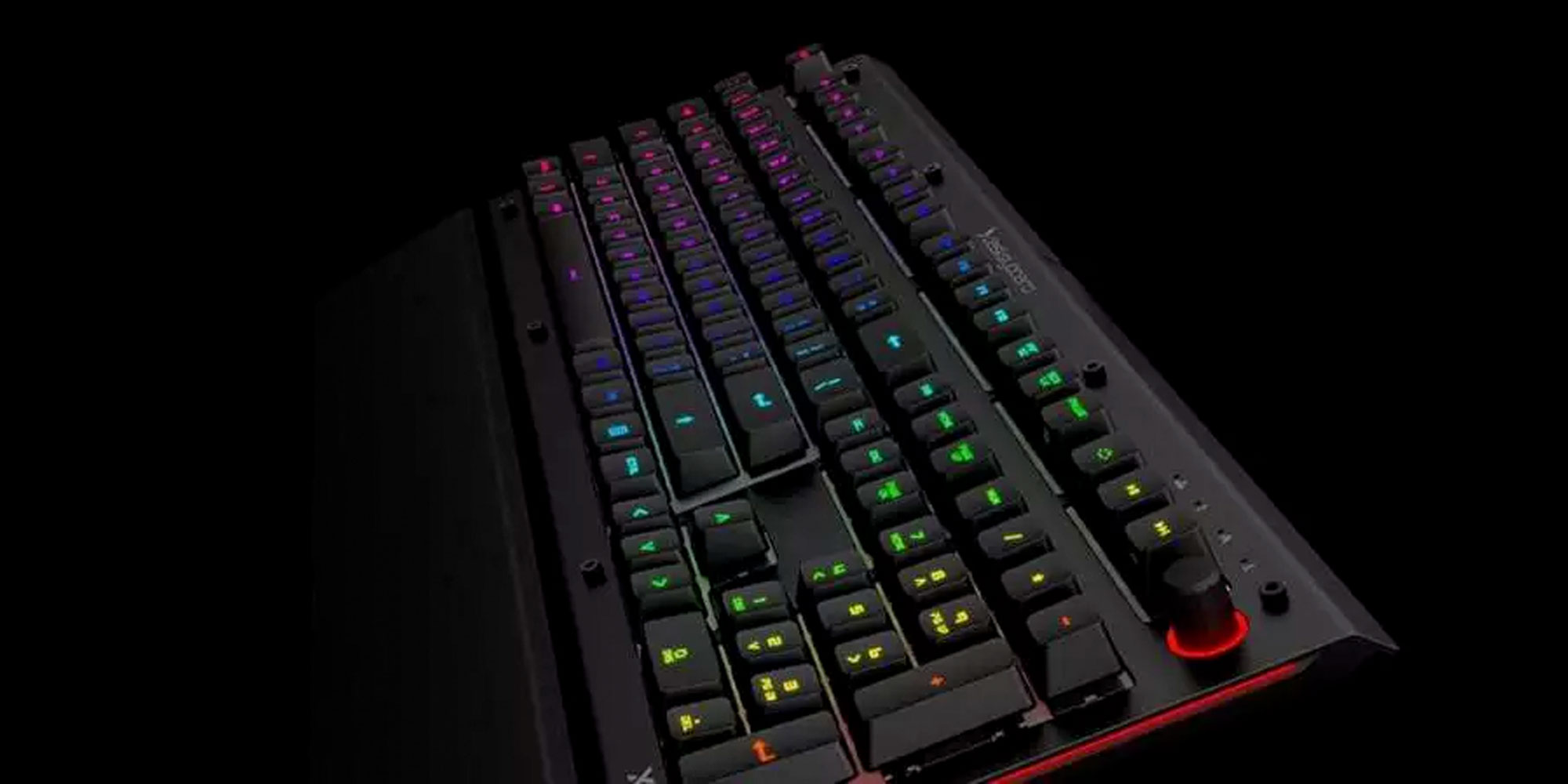 The top panel is aluminum for stability, and the overall design is fantastic. Not too “gamery” for those who want to use this in the office, and not too subtle that it looks like every other keyboard on the market.

The switches are quieter than normal keyboards, giving you the ability to use this one when others are around without annoying them with loud clicky sounds.

The Das Keyboard X50Q RGB Smart Mechanical Gaming Keyboard will set you back $199 direct from Das, or $179 at Amazon (though it’s temporarily out of stock).

Considering there are several other keyboards in this price range that don’t feature smart actions, this could be a big hit for productivity masters and gamers alike.