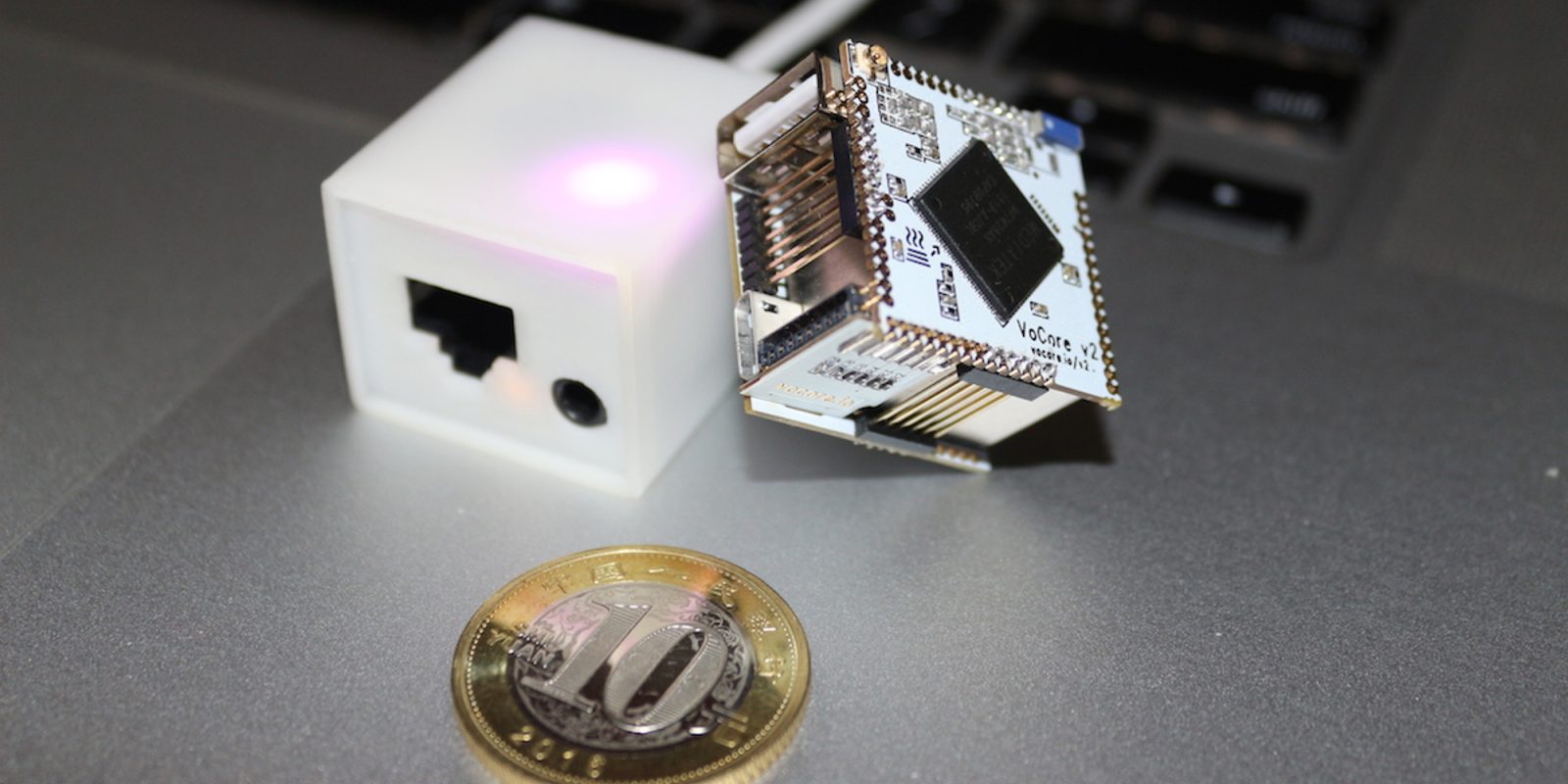 Microcomputers come in all shapes and sizes these days, but none have been as successful as the Raspberry Pi. Having released the even smaller Pi Zero back in 2016, today we’re getting a look at a new miniature computer that makes the Pi look like your run of the mill desktop. At just the size of a coin, the VoCore2 may be the one of the smallest, most versatile computers on the market.

VoCore2 started out as an Indiegogo campaign back in 2016. Originally touted as a $4 coin-sized computer, there have been some changes in the past two years since successfully being funded. One crucial part of the VoCore2 has stayed the same though, as the tiny Linux computer still measures up to one square inch.

Despite its relatively small size, the VoCore2 computer still manages to incorporate many of today’s standard I/O ports and features. You’ll find the inclusion of a 300MBps Wi-Fi card and customizable GPIO pins alongside the ability to add on Ethernet, USB and more. 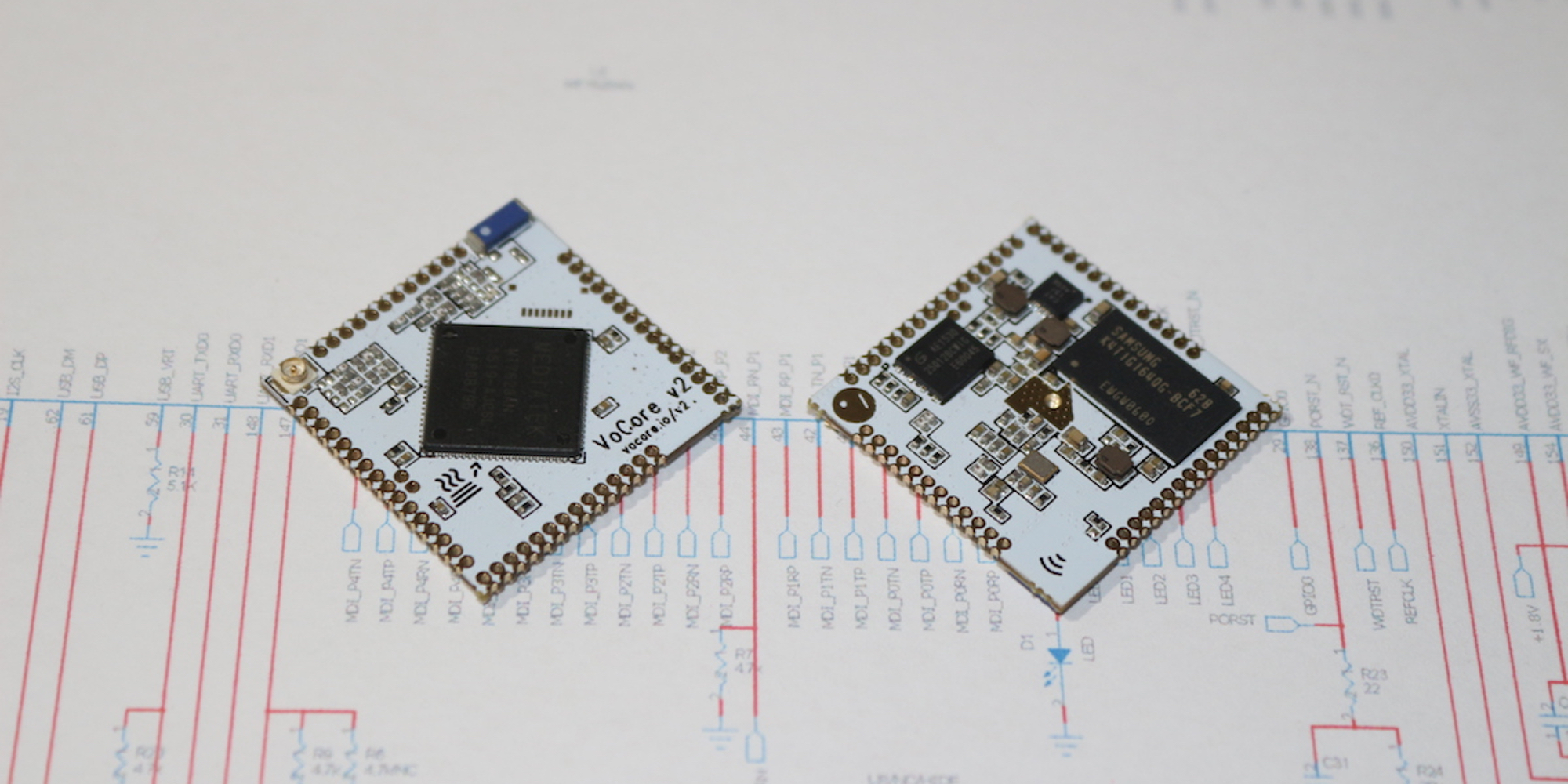 In terms of hardware specs, the computer packs a 580MHz processor, 128MB of DDR2 RAM and 16MB of on-board storage. This certainly isn’t a lot compared modern computer or even the Raspberry Pi, but the VoCore is positioned as a more narrowly focused computer, rather than a general purpose machine.

On the software end of things, it can run all kinds of programs and can be configured to run everything from C and Ruby to Python and Javascript files. This makes the VoCore2 versatile for those looking to deploy their own software creations. It’s also entirely open-source, which is huge for those looking to fit electronics into smaller projects with more cramped spaces and size restrictions. And if you’re really looking to push it to the limit, it can even run Doom just fine.

The VoCore2 enters into a similar market as the Raspberry Pi. One dominated by tinkerers looking to create custom projects which leverage similar types of miniature computers. But while the Raspberry Pi is aimed more at educational uses, the VoCore2 emphasizes a hacker-friendly philosophy. 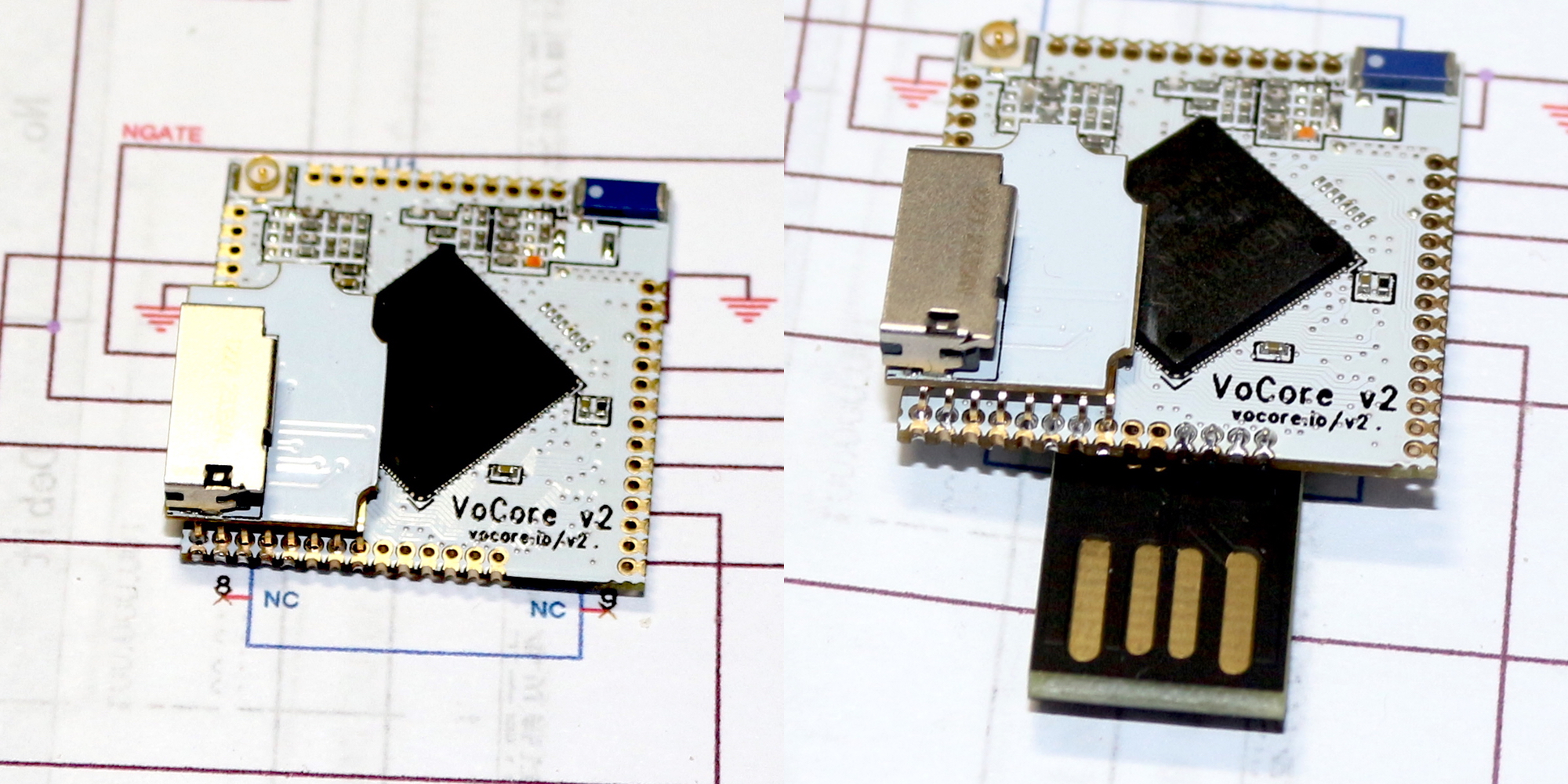 The tiny Linux computer is now available for purchase direct from VoCore and comes in a variety of configurations. While VoCore2 began as a $4 computer, that low price is no longer anywhere to be found. They start at $18 for the entry level model and go up to $45 based on how many add-ons you’ll need.

Even at under $20, the VoCore2 looks to shake up the world of custom software and hardware creations. At its size, the minute computer packs quite a punch, and you can be sure that I’ll be on the lookout for new projects to try and incorporate this into.

Those looking to order the higher-end model can already lock in a discount, which drops the price to $43 shipped.