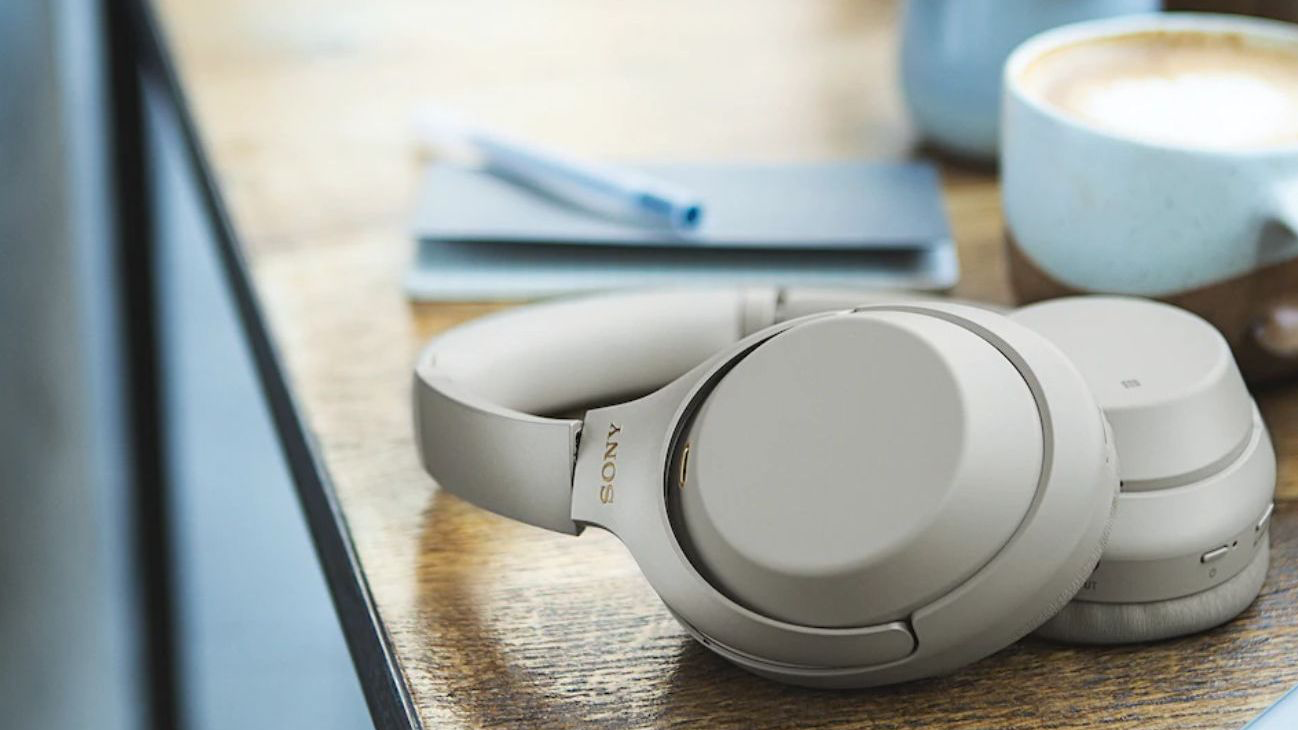 After admitting that Bluetooth was an okay standard for wireless audio, I’ve been on the hunt for a set of wireless headphones that work well, sound great, and are comfortable and versatile. Enter the Sony WH-1000XM3.

I’ve tried everything from the Bose QC35 II’s, Bang and Olufsen H9i, Bowers & Wilkins PX, and many more. Each of these claim to feature noice cancellation, which is something a lot of consumers are looking for when buying headphones. Most recently, Sony announced the third iteration in its WH-1000X series, the 1000XM3s (Mark III’s), and these are really close to being the headphones I’ve been searching for.

Head below to learn why.

Sporting a mostly plastic construction, the XM3s surprisingly looks good. They have a lower profile than their predecessor, the XM2s, which looked like you had a boulder on your head. In terms of look, they’re in the middle of the bunch. Both the PX and the H9i look stunning and clearly have a design-focused headphone, but the XM3s are okay. They look like headphones, and are meant to disappear on your head, especially if you go for the black color.

The black model now includes gold insets for the microphone grill, as well as a gold Sony logo. The company also ditched the rough-feeling material for the touch controls, which are now made purely of smooth plastic. 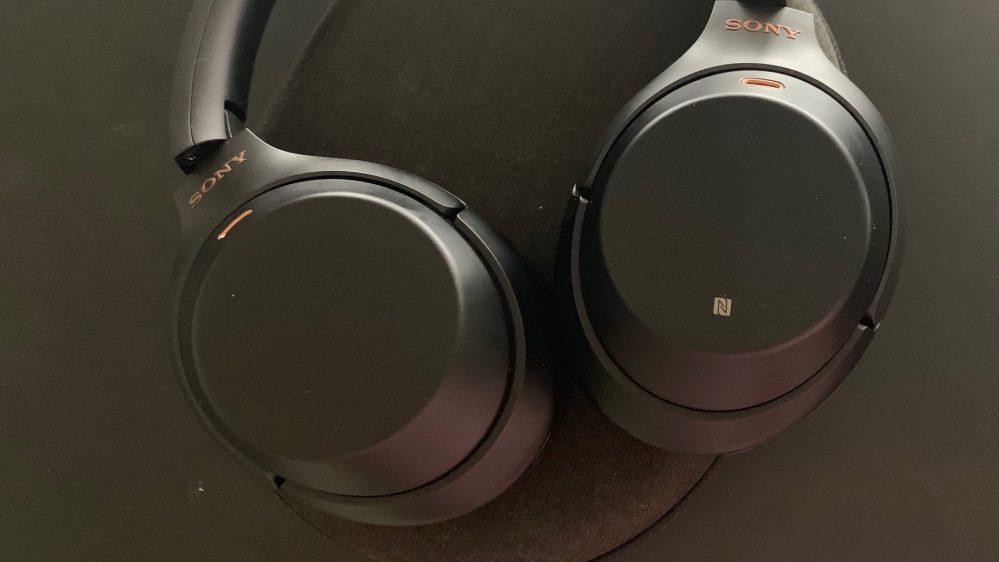 There are clear L and R indicators right above the ear cups on the headband with a subtle gray L and red R indicator, letting you know the proper positioning without specifically looking.

In terms of build quality, that’s hard to judge without long-term use. The XM2s notoriously had a cracking issue on the headband. While it looks like Sony updated the band, it’s still too early to tell if the XM3s will crack as well. Sony reportedly said that they addressed the issue with the XM2s, but that did not happen. Thus, we’ll have to wait and see if the company has completely fixed the cracking with its new model.

This one is easy: the XM3s are super comfortable. Most other over ear headphones give me fatigue over long periods of time. Maybe it’s the shape of my head, but there’s usually a hot spot on the top of my head after 45 minutes to an hour of listening on other pairs of headphones. With the XM3s, I can listen to these for hours at a time. While they are not QC 35 level of comfort, it’s very, very close.

This is where the XM3s shine. They support SBC, AAC, aptX, aptX HD, and Sony’s proprietary LDAC codecs for Bluetooth, a 3.5mm jack for traditional wired listening, swipe gestures for volume up and down (swipe up and down on right ear cup), and reverse and skip (left and right swipes on right ear cup).

The only major Bluetooth codec missing is aptX LL which would be better for gaming and watching movies, reducing lag by a substantial amount. In my use, however, I haven’t had much issue with this.

Sony says it has improved the ANC in the XM3s over its predecessors, and this is definitely true. I wouldn’t personally go out and pick up the XM3s if you already own the XM2s, but the XM3s smokes the competition when it comes to its active noise canceling technology. It’s not even close. The XM3s handle higher pitch and random noises better, as well as the typical lower pitch cancellation (for things like airplane engine noise, cars, etc.).

Sony also includes an optimizer out of the box, and the XM3s are now able to measure atmospheric pressure via the new barometer found in the headphones. To enable this, hold the NC/Ambient button for 3 seconds.

Unlike some other ANC headphones out there, the XM3s can still enable their ANC mode even if you don’t pair them via Bluetooth to a device. This effectively makes them a pair of earmuffs in a flash.

Similar to the H9i, the XM3s also include an ambience mode that lowers the headphone volume and reverses the active noise canceling microphones to let audio pipe through to your headphones without removing them. To use the feature, simply hold your hand over the right ear cup. Personally, I’d like to see an option where this becomes a gesture, such as covering the ear cup for a second to enable, then covering again to disable. Covering the ear cup for longer periods of time can put strain on your hands.

For Android devices, the left ear cup features NFC, allowing for nearly instantaneous pairing. Unfortunately, for all other devices, the XM3s do not feature multi-device pairing. This means that in order to pair them to another device (despite it being paired to said device before), you’ll need to hold the power button (when off) for up to 10 seconds, put the headphones into pairing mode and pair it to the new device. Despite this, I found Bluetooth pairing to be extremely quick in comparison to other headphones on the market.

There’s also an app available for both iOS and Android that lets you have near infinite customization for the headphones. Through the app, you can enable adaptive noise cancellation, which automatically updates the noise canceling depending on location. However, I found this finicky and disabled it after the first few days.

You can also adjust the level of noise cancellation (let voices/engine noise through, for example), or disable it entirely. The app also offers a fairly decent parametric equalizer, which lets you tune the audio to your liking. There’s also a toggle for DSEE HX, which attempts to upsample lower quality audio files by filling in missing data. In my experience, there’s little to no difference here, so I’d disable it.

The app also includes a toggle for automatic power off. This was notably missing from the XM2s, especially if you were trying to use them as earmuffs as they would disable after 30 minutes or so of not being connected to a Bluetooth device.

Another area where Sony is a class leader is battery. The 1000XM3s claim 30 hours of listening with both ANC and Bluetooth enabled. With listening at roughly 5-6 hours per day, on a 5 day work week, I can easily get 1-1.5 weeks worth of battery before the built-in battery announcements start nagging me that the battery is low (30%).

While you can’t use the USB-C port for audio, nor can you listen to the 1000XM3 over Bluetooth while charging, Sony has managed to incorporate fast charging this time around. With the proper fast charging wall adapter (not included), you can get 5 hours of listening from a 10 minute charge. Otherwise, you’re looking at roughly 3-4 hours for a full charge from a standard wall adapter or from your computer’s USB port.

Let’s address the elephant in the room: the 1000XM3s are a bass-heavy headphone. They are also warm, meaning they lack some sparkle/brightness in the treble. For the mainstream, this is fine. But for those looking for the cleanest sound, I would advise you go to Sony’s Headphones Connect app on your smartphone and do some tweaking.

The bass is boomy, but still balanced, but it does get overpowering and can create a muddy transition into the lower mids. Bass extends down to 10KHz, which is impressive for a headphone. The midrange is largely neutral and well-balanced, which is important for some vocals and most instruments. There is a small drop in the 1KHz range, which most won’t notice.

Dynamic range and soundstage are decent for a closed-back headphone. It’s nothing revolutionary and heavy hitters such as the Bowers & Wilkins PX and Bang and Olufsen H9i will easily beat out the 1000XM3 in this regard. Unfortunately, this can’t be adjusted in software and is purely a limit on the speakers used in the 1000XM3.

The 1000XM3 also feature a microphone for taking phone calls as well. There have been early reports of audio looping with phone calls on the XM3s, but I did not experience any issues there. Voices came through crystal clear both ways and callers were not able to tell I was using headphones.

Comparing the XM3s to flagship headphones from Bose, the QC35s skew more towards a neutral sound signature, with a more tamed bass. The QC35s suffer from a lack of treble as well, which sometimes results in a sibilant treble, similar to the Bang & Olufsen H9i. However, the QC35s do not offer any built-in EQ, so you’re stuck with it.

Once caveat when using the app is that I was not able to get the EQ to transfer between devices unless you flip on SBC/stable connection mode. However, switching between Apple devices (AAC devices, essentially) the EQ stuck. If you’re strictly using Apple devices or any devices that only use AAC, you can keep it on the higher quality setting and the EQ will stick across multiple devices. I’ve asked Sony about it, and their engineers say they are able to carry EQ between devices so your mileage may vary here.

Compared to 1000XM2s, the sound hasn’t changed much, though the 1000XM3s get a much more pronounced, heavier, bass overall. Again, if you prefer a bassier headphone, the XM3s are the better bet.

Despite competitors offering a wider soundstage, more dynamic range, and an overall better out-of-the-box sound signature, the 1000XM3 will be the go-to headphone I recommend for anyone looking for over-ear or ANC headphones. They are the most versatile, supporting nearly every single Bluetooth standard known to man (still only 4.2 and not 5.0, and lack of aptX LL for more intense gaming or live TV), and support fast charging with USB-C (despite no audio over the connector). Additionally, there’s support for 3.5mm devices. All of this make the XM3s the best overall headphone. In terms of ANC performance, they slightly edge out the popular Bose QC35s (and QC35 IIs), due in large part to better noise cancellation for voices and other random high pitched noises.

The app is top notch and is extensive. I did have a sporadic issue where turning up the volume wouldn’t actually do anything. But unpairing and pairing again usually fixed this. The gestures are fantastic, and battery life is best in class. Durability will need some more time to marinate, however, so far, I’ve had no issues.

For some, the $350 asking price might scare you off. However, if it’s in your budget, the Sony 1000XM3s get my seal of approval for the best overall headphone.