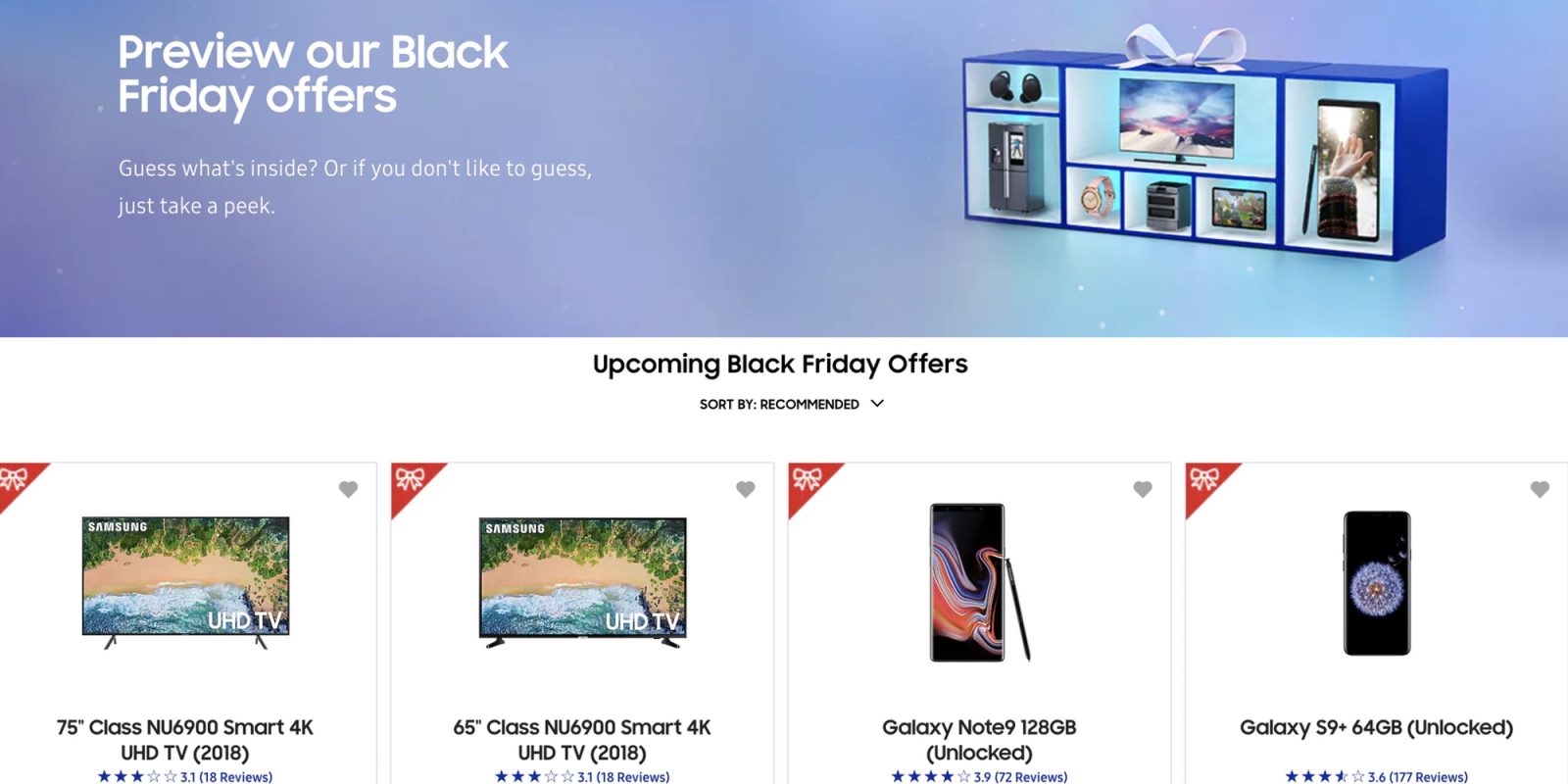 With less than two weeks until the biggest shopping event of the year, just about every major retailer has gotten in on the Black Friday festivities. This morning following the Sam’s Club’s ad reveal, we’re getting a look at what Samsung plans to offer shoppers leading up to November 23rd. Head below for the top Samsung Black Friday ad offerings as well as the full ad scan.

Samsung’s Black Friday deals kick off this Thursday on November 15th. Leading up to the main batch of discounts on Black Friday, the sale will discount a few new items each day. Most notably in the ad scan, Samsung has highlighted its latest flagship smartphones, UHDTVs, Chromebooks and other tech accessories.

The most noteworthy deals fall to Samsung’s recent smartphones. Both the Galaxy S9/+ and Note9 lead the way, receiving $200 discounts, starting at $520 and $800 respectively. A $200 savings across the board is pretty solid compared to past deals we’ve seen. To pair with its smartphones, Samsung is also taking $100 off its Gear Spot Smartwatch, which is will be on sale for $180. On the higher end of things, the Galaxy Watch will be down to $260.

Samsung’s highly-rated HDTVs and other home theater devices will also be facing notable discounts. Both the 50 and 55-inch 4K UHDTVs will be seeing $180 price drops to $420 and $520. Samsung is also discounting the 75-inch model by $300. You’ll also be able to score a new soundbar for up to 50% off, like with the Sound+ Premium Soundbar at $200.

There’s also a fair share of computer accessories in the sale, with Samsung’s new 43-inch Super UltraWide Monitor receiving one of its first discounts to $800. There’s also a few other monitors that are receiving up to $110 discounts alongside internal SSDs and more.

Samsung’s Black Friday 2018 sale has a solid mix of different items that are sure to draw in shoppers. Staggering its deals all throughout the week leading up to Thanksgiving Day when its biggest offers begin in earnest.