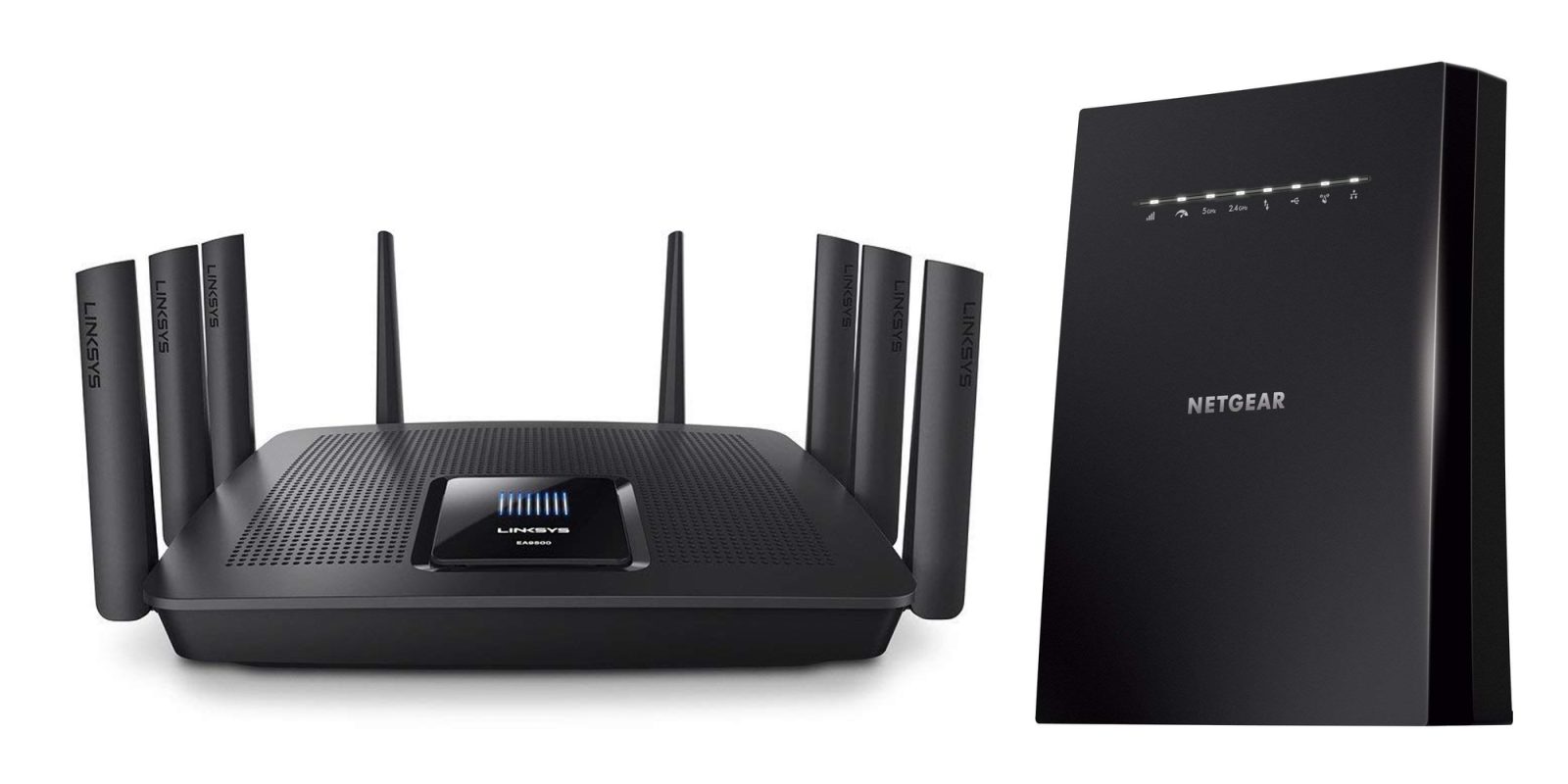 Amazon offers the Linksys Max-Stream Tri-Band 802.11ac Wi-Fi Router for $249.99 shipped. Normally selling for $350, that’s good for a $100 discount, comes within $20 of the all-time low and is the best we’ve seen throughout 2018. This Wi-Fi router features up to 2100Mbps network speeds, eight antennas for increased coverage, eight Gigabit Ethernet ports and more. Over 10,000 shoppers have left a 4.1/5 star rating. Head below for more router discounts.

Amazon is also offering another highly-rated home networking device at notable discount. The Netgear Nighthawk X6S Tri-Band Wi-Fi Mesh Extender is down to $149.99, scoring you $50 in savings from the going rate. Today’s offer comes within $7 of the all-time low and is the best we’ve seen in months. It makes a great addition to your existing router and brings increased Wi-Fi coverage and other benefits to your network. Rated 4/5 stars from over 2,500 customers.

If you’re in the market of a mesh router system, Amazon has the Samsung SmartThings Mesh 802.11ac Wi-Fi Router for $247.99. That takes $32 off the going rate, is only the second offer we’ve tracked and a new Amazon low. It features built-in smart home control, making it a perfect system to pick up with these discounted GE Z-Wave devices. Rated 3.9/5 stars.