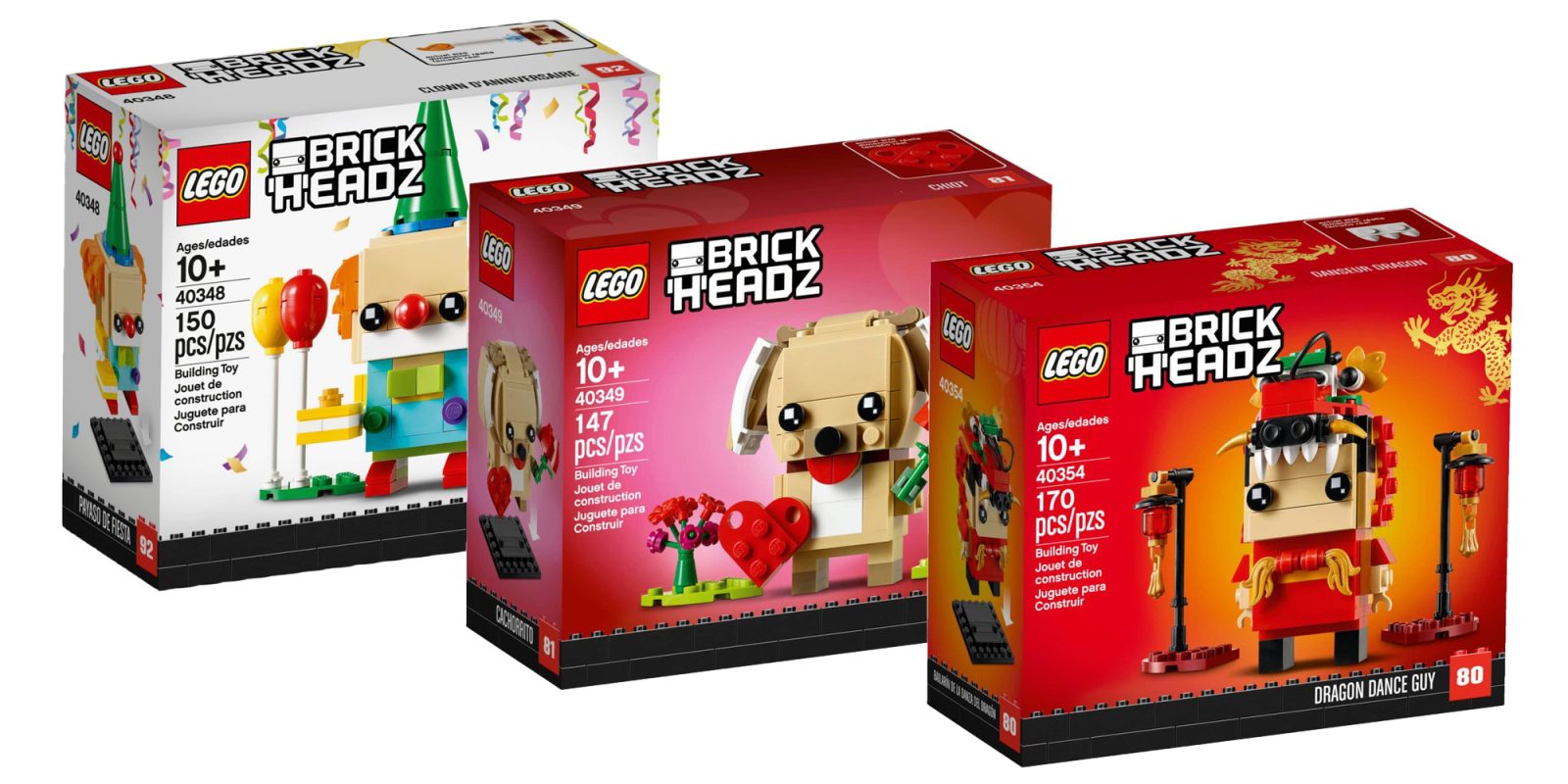 Throughout 2018, LEGO has been releasing new BrickHeadz as quickly as possible, with over 50 different figures having hit store shelves. But with the last debut in September, it has been months since we’ve gotten a look at any new brick-built characters. Today we’re getting a look at some of the figures we can expect in 2019, all of which center around seasonal events and holidays. Head below to get a look at all of the new seasonal BrickHeadz.

With the upcoming roster of new BrickHeadz, this will be the second year in a row that LEGO has opted to announce several figures for the upcoming year. Following suit from last year, the first batch of 2019’s figures will correspond to a variety of different seasonal events and holidays.

In total there are eight new figures. They cover just about all of the notable holidays from Chinese New Year and Valentines Day in the beginning to Halloween and Christmas to finish things off. 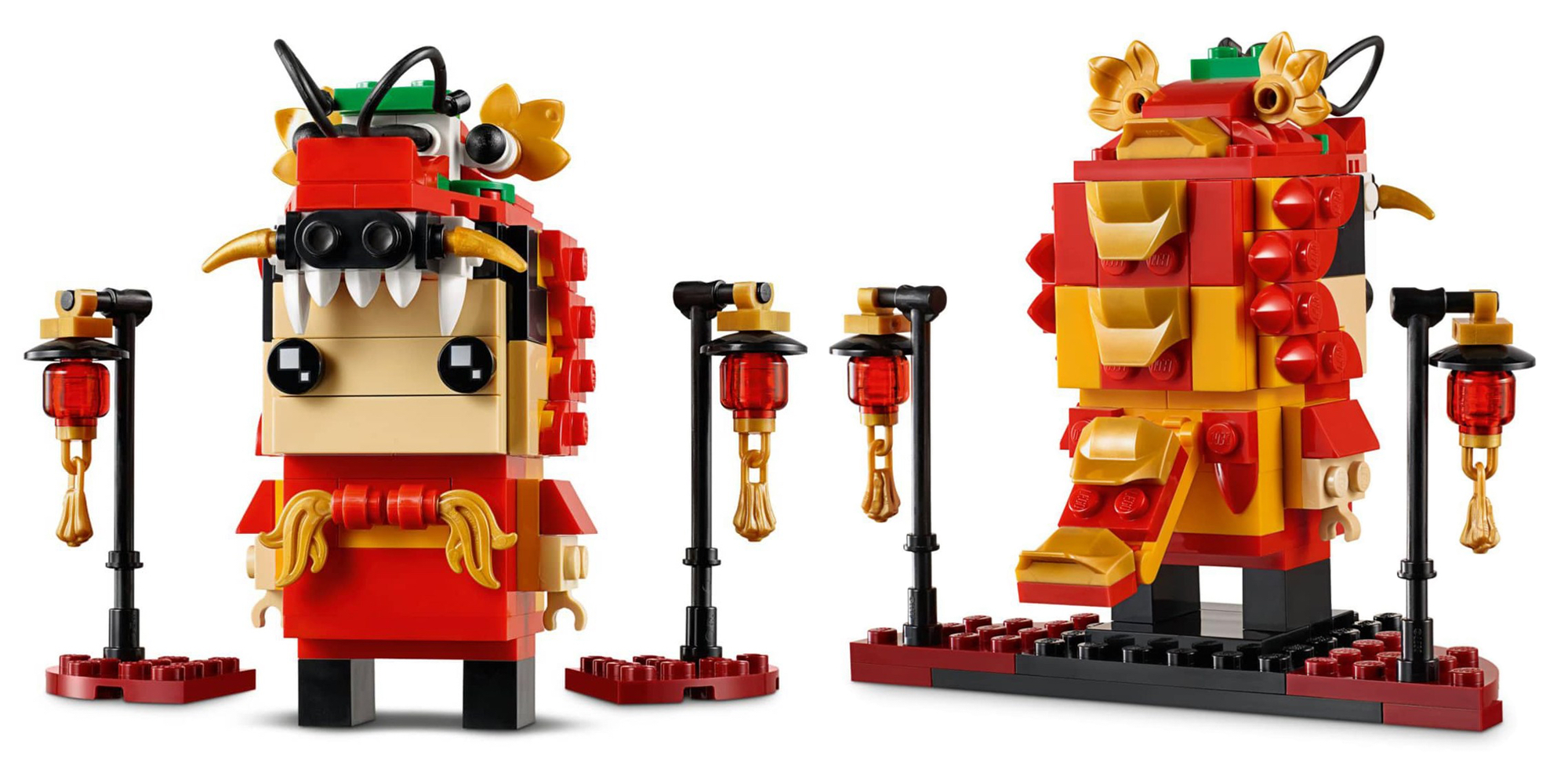 To start off the year, LEGO is really making a push to offer a greater selection of kits tailored to Chinese fans. To coincide with the New Year festival, the Dragon Dance Guy BrickHeadz figure will be the first in the line to debut. It’s definitely the most eye-catching of the group. And while there aren’t any new printed pieces, it’s one of the most detailed figures ever released.

Heading into February, there’s the Valentines Puppy, which is joined by some flowers and a brick-built heart. For spring or Easter, there’s a nice brick-built chick. Both of these are pretty basic figures; they’re cute for sure, but nowhere near as appealing as the Dragon Dance Guy.

To add a little bit of fright into the selection of new figures, LEGO is celebrating Halloween with a fantastic ghost BrickHeadz. It’s my second favorite of the lot and uses some great techniques to achieve the classic ghost aesthetic. For the winter holiday season, we’ve got a no-named reindeer figure as well as a miniature Elf and Elfie. 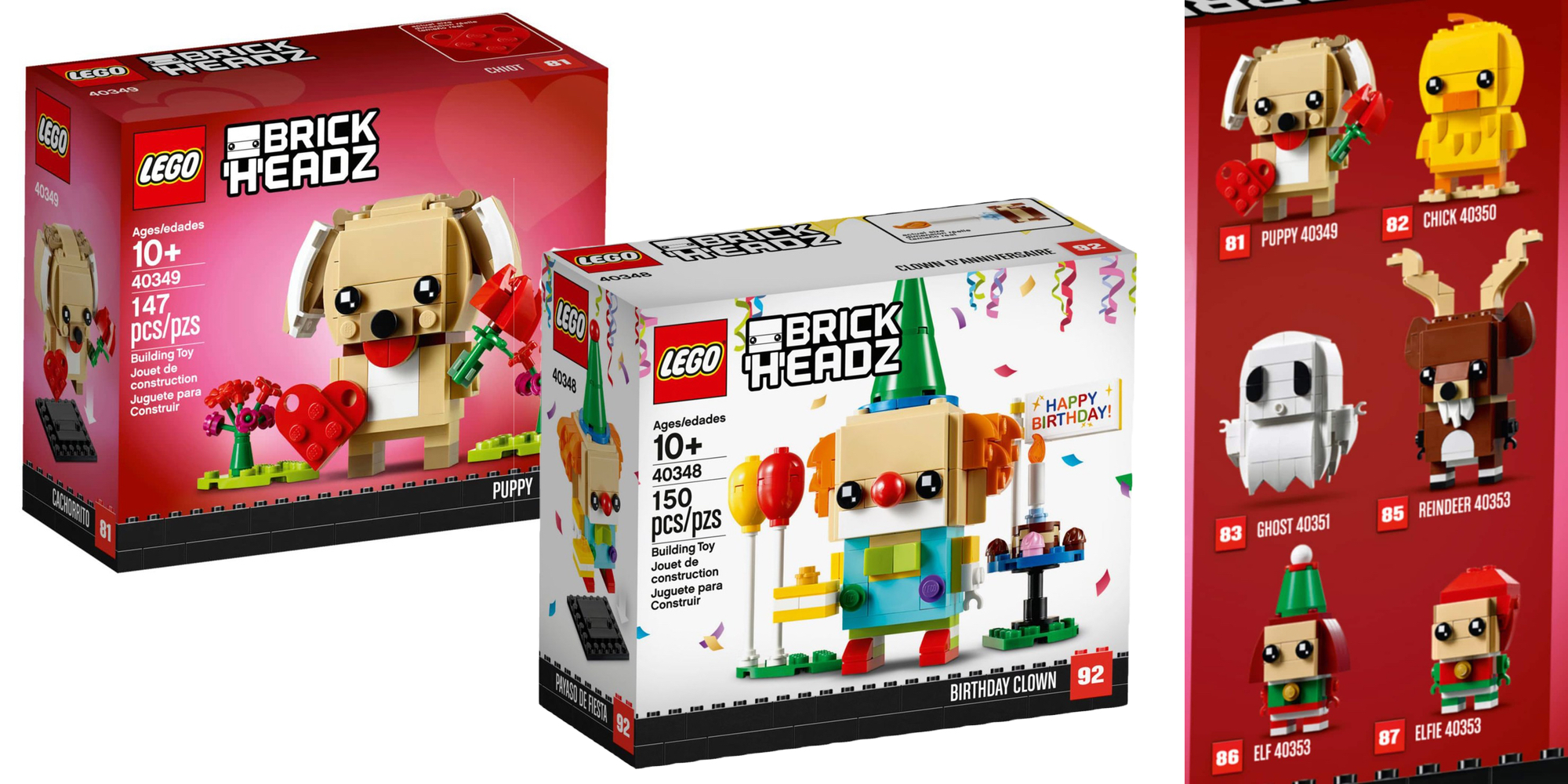 Just about all of the new BrickHeadz figures will retail for the usual $10. Each will be released slightly before the event it coincides with, so be on the lookout for them throughout the year. Though with the mini BrickHeadz Elves thrown into the mix, it’s still up in the air of how they will be worked into things. In the past we’ve seen one main figure paired with a miniature one for $15. But with two of the elves, it’s likely we’ll see a $20 bundle with both of them and the reindeer.

All-in-all, next year’s selection is looking very promising. I wasn’t a big fan of any of 2018’s seasonal figures, but I will definitely be picking up a few of this next batch. Let us know what you think in the comments below.