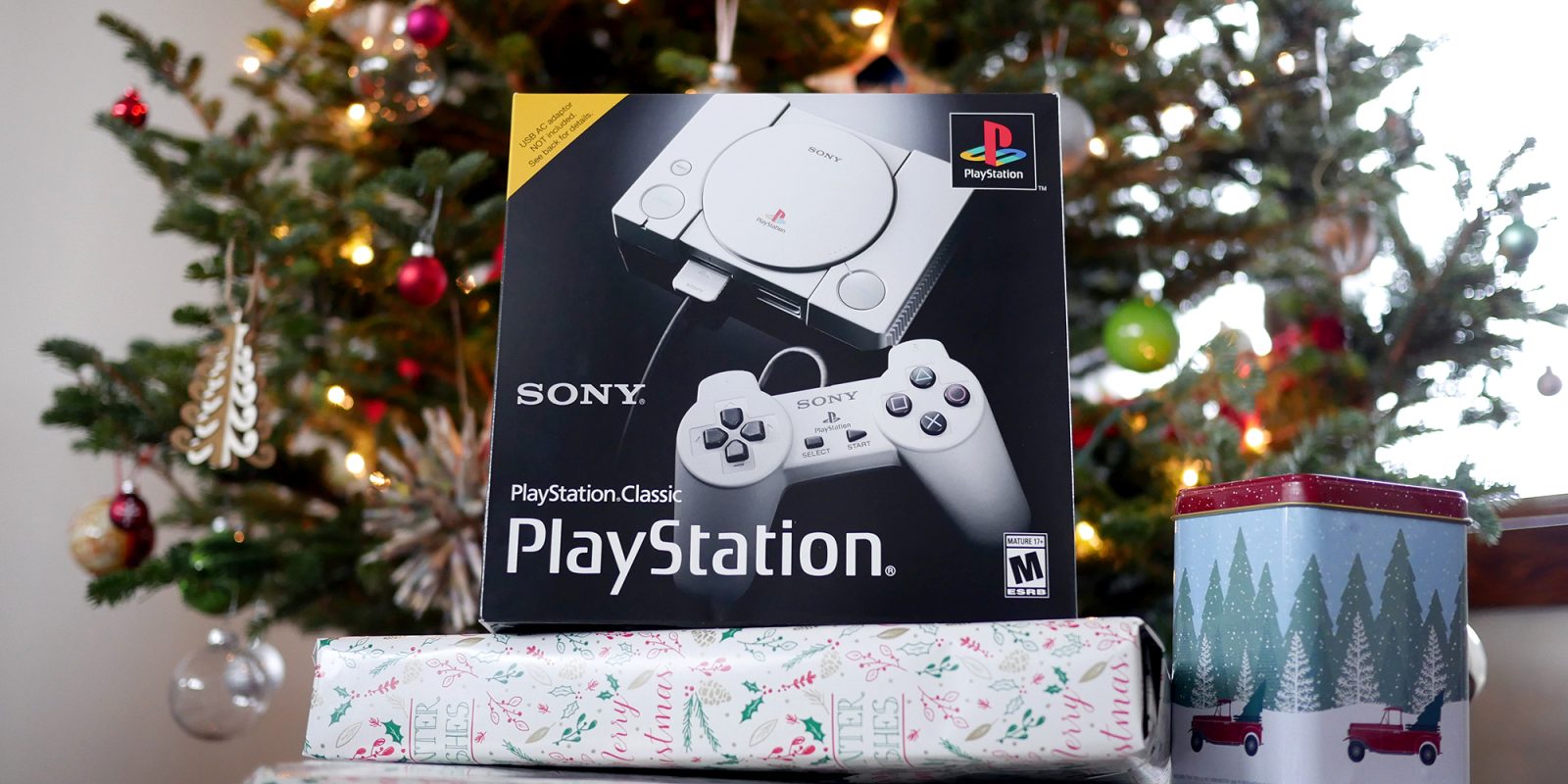 Update: @dman2582 won our giveaway and has been contacted. Thank you to all that entered.

Back in September, Sony surprised us by announcing the PlayStation Classic. This retro remake follows in the steps of Nintendo and has arrived just in time for the holiday season. This miniature console delivers 20 games with old favorites like Final Fantasy VII, Jumping Flash, Ridge Racer Type 4, Tekken 3, and Wild Arms.

After a few months of waiting, it’s now in our hands. We’re also giving 9to5Toys readers a chance to win one as well before Christmas. Head below for a few brief thoughts and to learn how you can have a Sony PlayStation Classic under the tree this year.

Like its Nintendo brethren, the $100 Sony PlayStation Classic arrived in gamers’ hands this week as a shrunken-down version of the iconic original. It ships with the console itself (including fully-functioning buttons), two controllers, plus power and HDMI cables. Sadly, Sony has elected to skip the wall charger here, leaving it up to consumers to provide power to the console.

Visually speaking, Sony has nailed it here. Everything about the console and controllers looks spot-on. It’s almost worth having on display, whether you enjoy the games or not. A nice touch is the always-on power indicator, something that Sony easily could’ve skipped on its Classic rendition. The light is orange when the console is not powered up and turns to green when the on/off button is pressed. 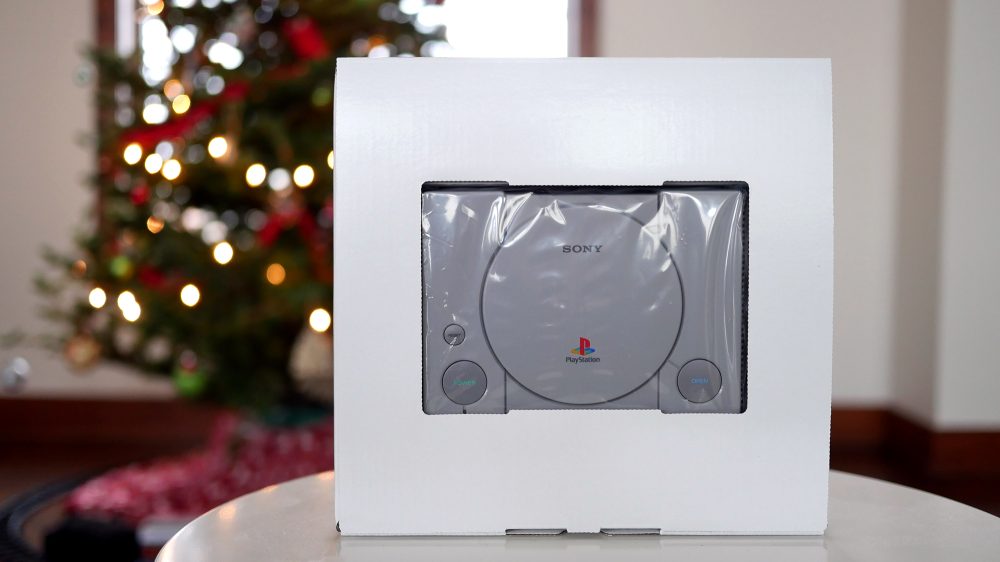 The backside of the console reveals two ports, one for microUSB and another for HDMI. As I noted above, it’s great that the cables were included but shame on Sony for skipping the wall charger. While this blogger has plenty of power bricks laying around, the average consumer may not. 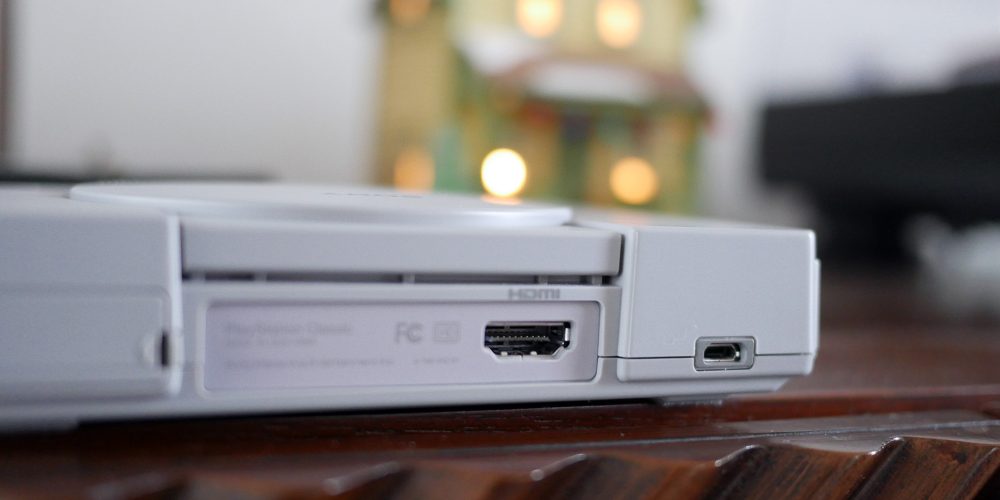 Sony elected to ship the original controllers instead of upgrade DUALSHOCK models. An understandable nod to the first release but a move that still leaves us pining for what could’ve been a real next-level experience. Without the vibration motors, some iconic scenes in the included titles just don’t translate as well as the original. The controllers are light, perhaps a bit too much, but overall replicate the 1994 release well enough. 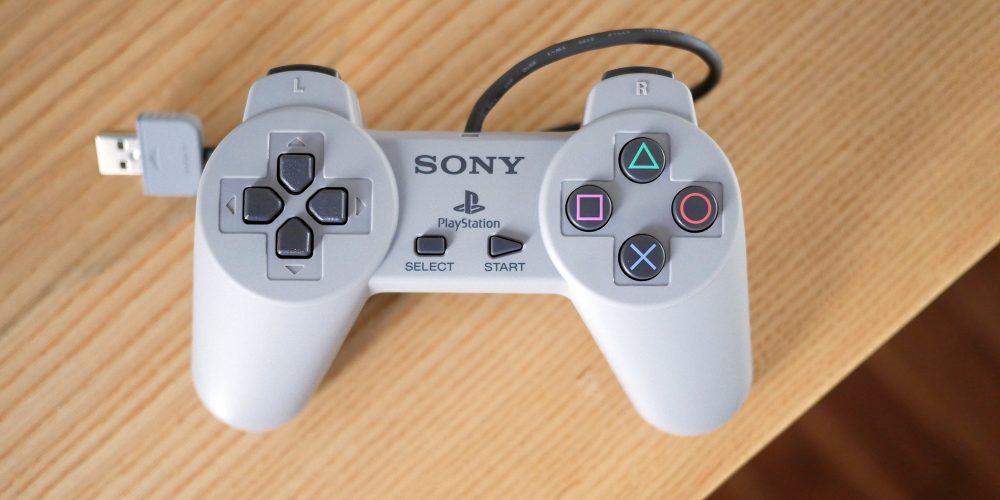 Licensing issues likely kept some titles in the cold

Sony shipped the PlayStation Classic with 20 titles at launch. The selection is ok, but not great. In comparison to the Nintendo remakes, a number of hits are left out, which is likely due to licensing issues. Many of Nintendo’s biggest hits were first-party titles, which makes it a breeze to carry them over to any future releases. That’s not the case here. 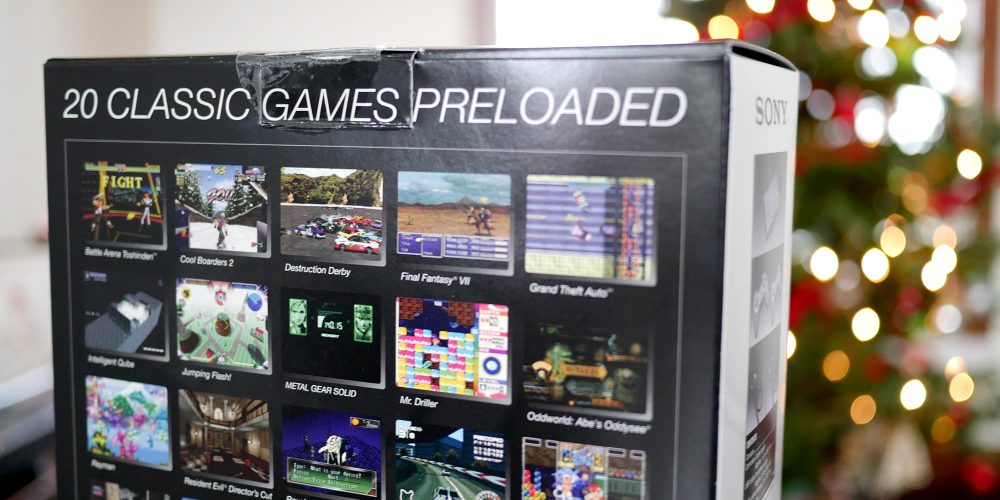 There are some hits here, including MGS, Tekken 3, and Final Fantasy VII. But everyone is going to have their favorites that didn’t make the cut. (Read: Tony Hawk Pro Skater.) And as you would guess, some (or most) games just haven’t aged particularly well.

That said, going into any of these Classic consoles requires a certain level of willingness to look past shortcomings. Yes, the games haven’t aged well. And you could argue that Sony didn’t deliver the level of attention Nintendo did when recreating these titles today. Regardless, this is an insulin shot of nostalgia first and foremost. Take it for what you may. 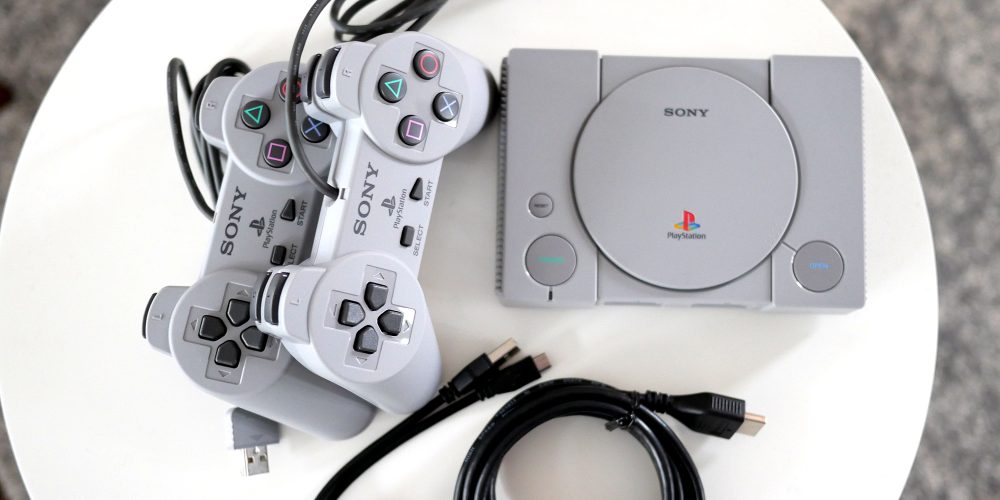 The original PlayStaiton was the first Christmas gift that I can remember, so for me it’s all gravy to be able to enjoy those vibes again this holiday season. For others with higher expectations, disappointment likely waits in one form or another. 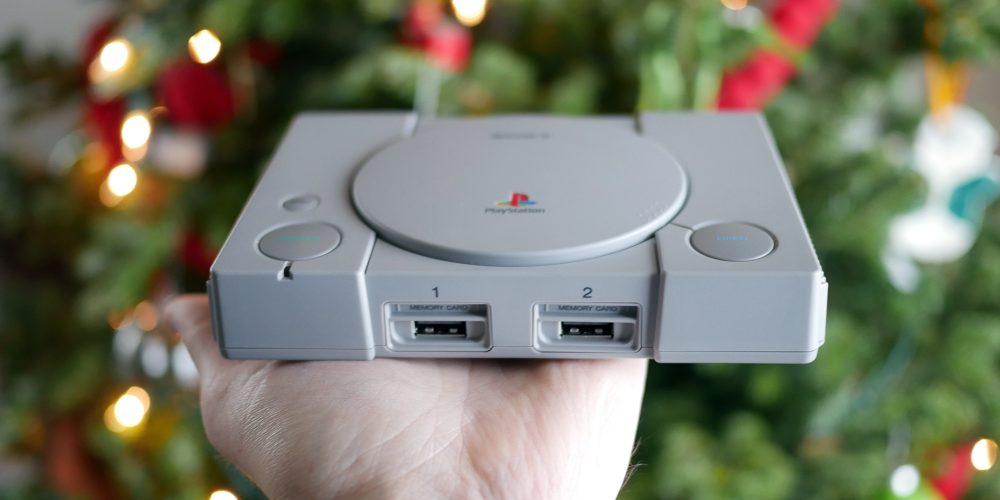 So how can you put a PlayStation Classic under the tree this year? Simply retweet this article on Twitter and make sure you’re following us as well. We’ll choose a winner next Wednesday, December 12th.