9to5Toys Products of the Year: Our writers select their favorite tech, home goods and more 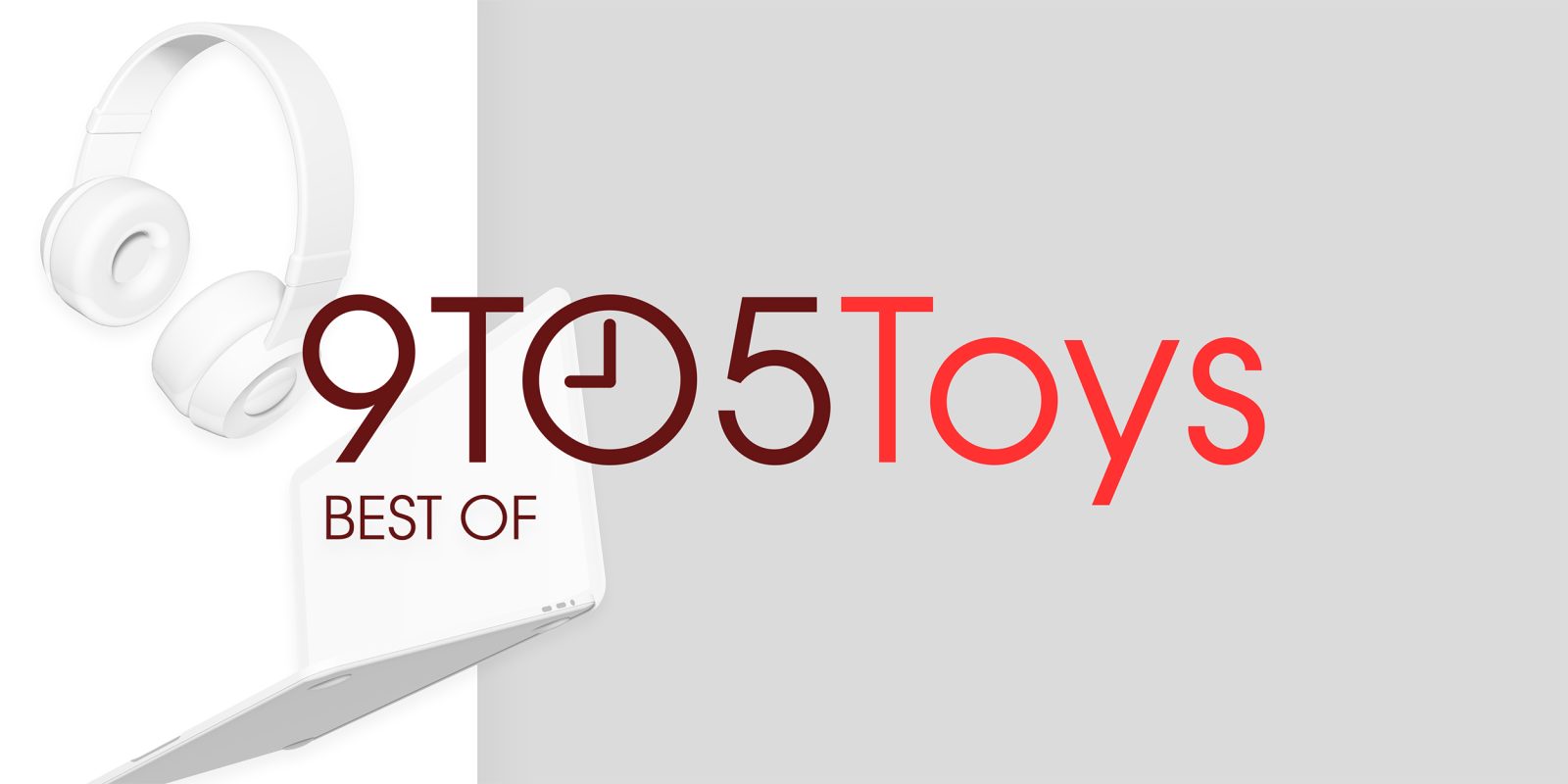 Each December here at 9to5Toys we recap the year’s biggest product announcements. Historically, that’s happened by naming a single product as our toy of the year. This time around, we’re sharing a favorite release from each member of our staff. Head below for all of our favorite toys from 2018.

My pick this year is a total copout since I can’t pick just one. Here are my top picks from our other four publications:

9to5Mac: Apple Watch Series 4. From our leaked images, I knew we had a game changer here. The increased screen size, speed and “thinnovation” make the Series 4 everything we’ve always expected from an Apple Watch. The bigger screen now allows tons of complications giving us that traditional “glanceability” that we’ve always needed from a smartwatch. The price is a little steep but it’s Apple – and of course 9to5toys found some great deals this year. Oh and Apple’s arrival at Amazon this year didn’t hurt.

9to5Google: Google’s Home Hub and by extension the Lenovo Smart Display are the devices that made the biggest differences in my life. While Amazon has had a number of screened smart speakers for over a year now, Google’s entrance into the genre changed everything for my family. All of a sudden grandparents were video chatting with the kids without intervention, recipes were truly hands free and interactive, and we could preview Youtube videos before putting them on the big screen only by voice. All of this for $100. Every kitchen should have one, and as my wife would argue, so should every bedside stand. 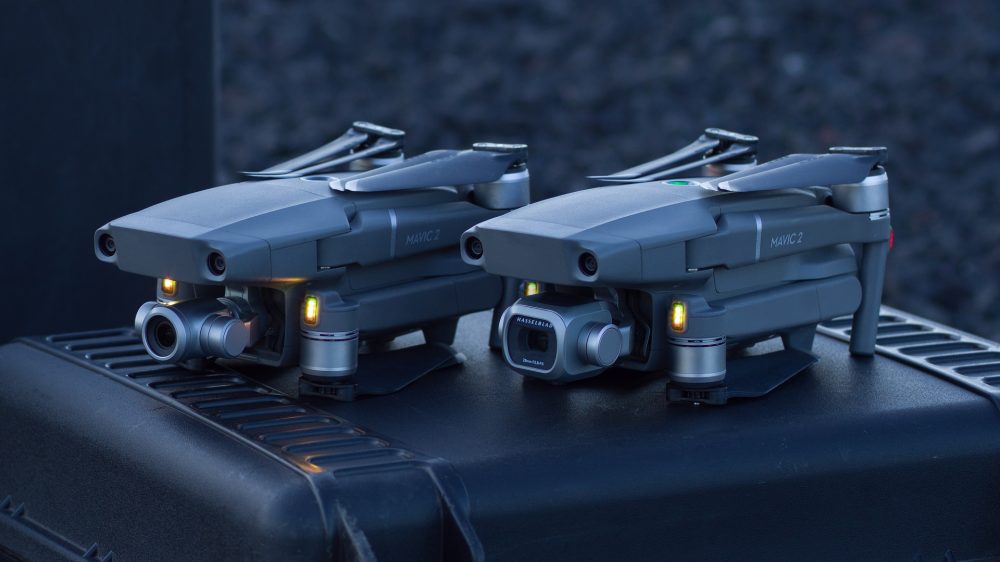 DroneDJ: The drone of the year has to be the Mavic 2 and I’ll narrow it further and say the Zoom. The less expensive model still has a super sharp shooter that has an incredible optical zoom to boot. The drone itself is whisper quiet, all but killing the Parrot Anafi’s best advantage. It is also faster with a longer battery life, range, and again, a little pricey but the Toys team has found some amazing deals.

Electrek: While there were a ton of eBikes and scooters that I loved this year, the EV of the year has to be the Tesla Model 3.  The EV that is becoming the first mass market electric vehicle is changing the game on so many levels. While it seems like all the press and the shorts are attacking it non-stop, ask any Model 3 driver about it and it is just love, love, love.  You still have 2 weeks left to get one in the US with the $7,500 rebate – use my code for 6 free months of supercharging.

One thing is for sure, consumers have more options in the security camera category than ever before. But one specific 2018 release has stood out from the rest. Wyze Cam v2 delivers fulls 1080p streams, a compact design, and FREE 14-day cloud DVR at a very affordable $25 price tag. This simple camera makes it easy to set up your security system just about anywhere, with little hassle or expense. Instead of going for a costlier system in 2018, opt for Wyze and save some cash along the way. 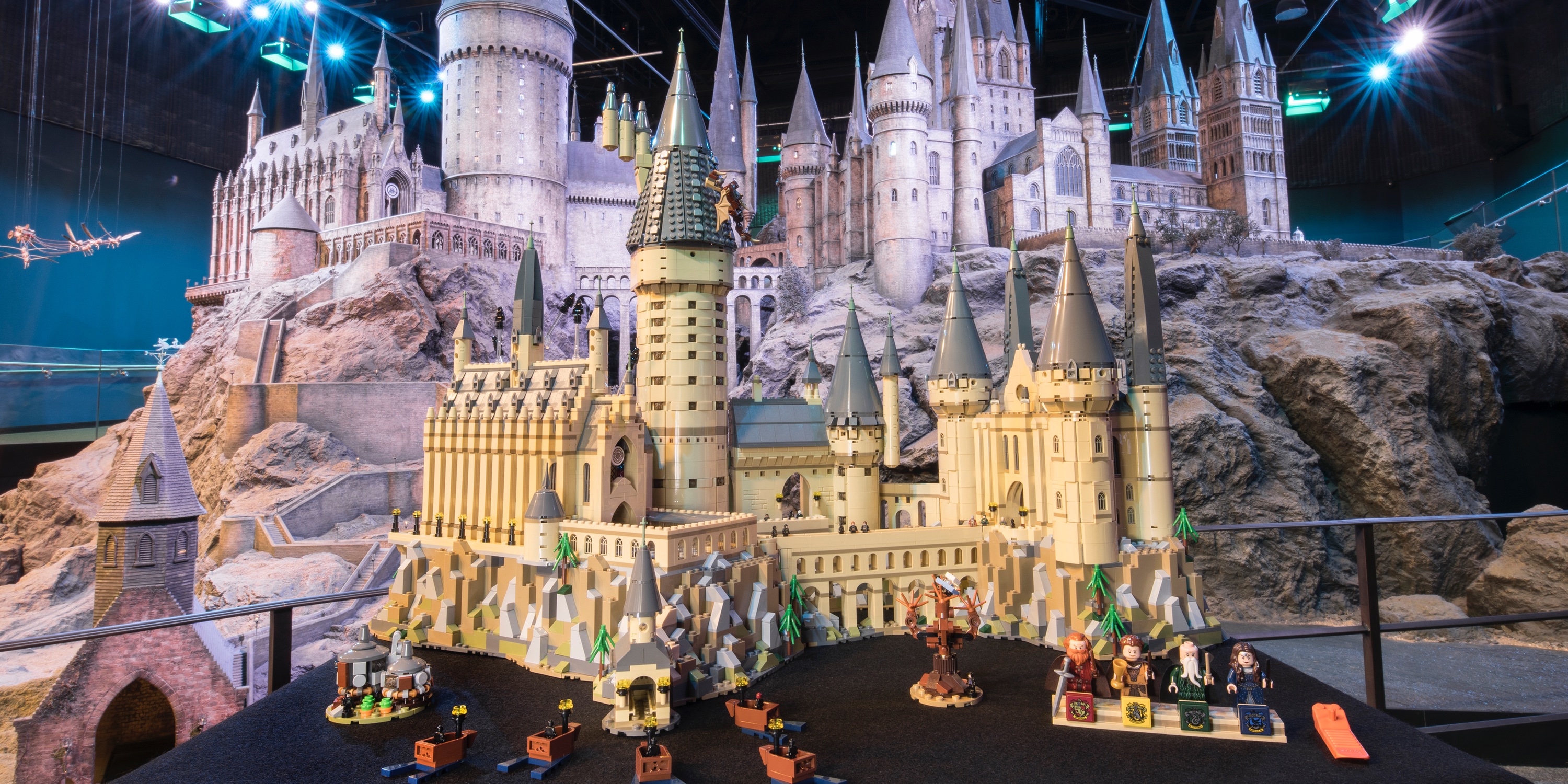 Early in 2018, LEGO shocked fans by bringing its line of Harry Potter sets out of retirement with several newly-announced builds. Fast-forward to the summer, where LEGO took things to an entirely new level with the debut of its second largest kit to date.

The over 6,000-piece Hogwarts Castle towers over every other LEGO set this year with its high level of detail, screen-accuracy, and overall wow factor. It includes four minifigures, 27 microfigs, and recreates different scenes from the Wizarding World. In fact, there has never been a set quite like the castle, which is why it’s hands down the most notable LEGO set released this year, let alone one of the coolest new products we’ve seen in 2018.

At $400, it does have a larger price tag than most other massive LEGO kits. But it’s a great value compared to those very same sets and an even more impressive display model. You can check out our hands-on review for an in-depth look or bring home a magical brick-built kit yourself. 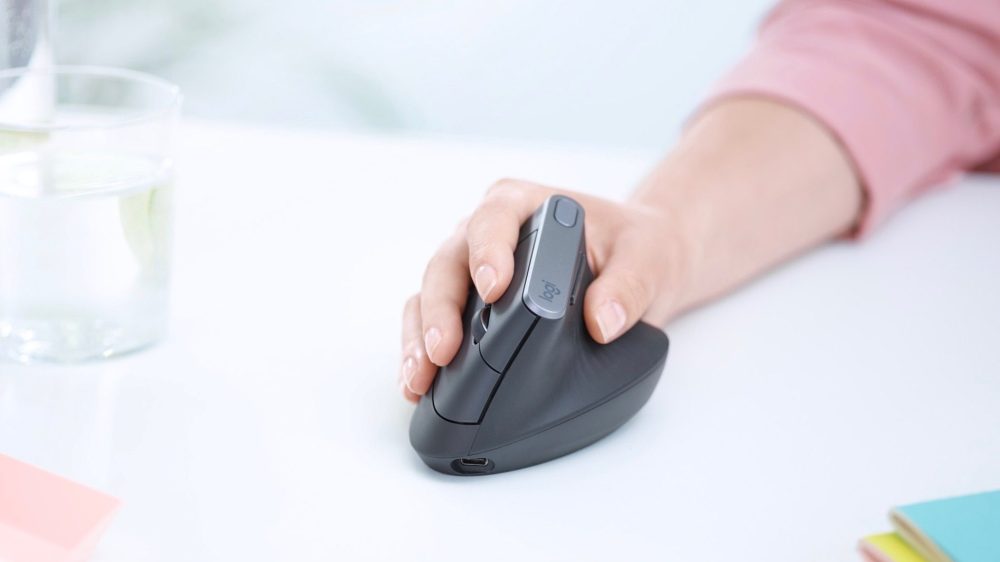 When working from a desk and on a computer 8+ hours a day, good peripherals are a must. Most people know that mechanical keyboards rule the typing space, but generally, when it comes to a mouse, people normally avoid higher-end models. That’s a big downfall, as choosing the right mouse with good ergonomics can be crucial to one’s health (seriously). That’s where the Logitech MX Vertical comes in, and at just under $90, it’s a must-have in my book. If you’re thinking, “$90 for a mouse?” just keep reading and see how it’s changed my work day. The comfort alone is worth something that will last for years to come.

The design of this mouse is like none other, but that’s what makes it great. The angle is a “perfect” 57-degree angle that helps to reduce muscle strain in your wrist and arm, and it actually works. I came from an MX Master 2S, and though I loved my Master (and still use it when mobile), the MX Vertical was an instant winner. My wrists no longer hurt after a long day at work, and it’s actually enjoyable to hold on to. There is a learning curve, though, so be sure to give yourself around a week of “I must use this mouse” before writing it off. Plus, it charges via USB-C!

If you work from home, or even just work at a desk using a mouse all day long, do yourself a favor and upgrade to an MX Vertical. You’ll thank me, and so will your wrist. 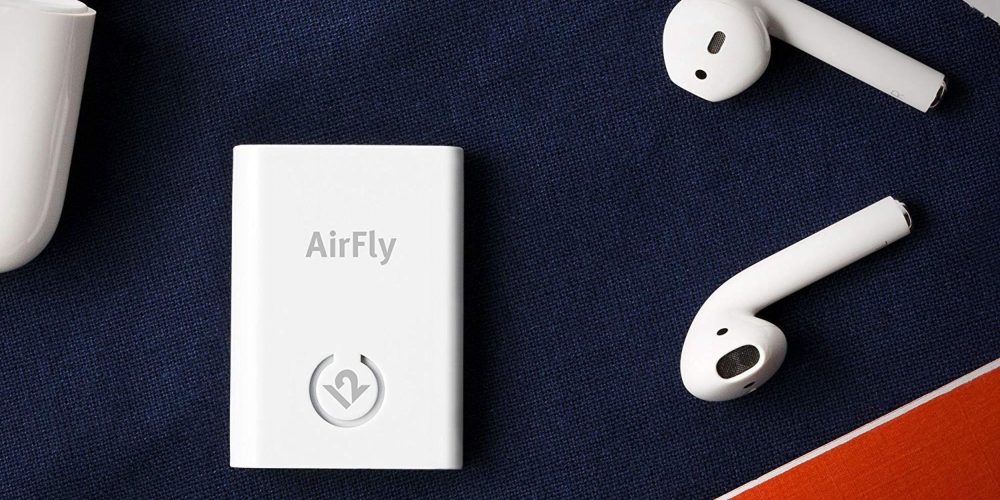 In my gift guide for tech that helps banish clutter, I called out the Twelve South’s AirFly as a product that I wanted to own. Its ability to pair Apple AirPods to anything with a headphone port brings aging devices into modern times and helps you ditch any extra pair of headphones that you might have lying around.

Since recommending it, I have picked one up and must admit that it is everything that I had hoped it would be. AirFly is priced at $40, a cost that I deem worth every penny since I tend use it every single day. The devices that I use it with most are my Nintendo Switch and PlayStation 4 since both of them are finicky about supporting Bluetooth headphones. The ease of plugging in AirFly to any headphone port and simply powering on to pair with wireless earbuds, make it an easy pick for product of the year and a must-have in 2018.

We have always been huge fans of the handcrafted goods Pad & Quill creates. On top of a slew of new leather covers for iPhone XS/Max/R and the 2018 iPad Pro models, the company introduced its new Quill Wooden Rollerball Pen along side its new linen journals this year. We love our new tech goodies, but sometimes that vintage appeal and the tactile feel of handwritten notes can’t be beat. This “guaranteed for life” pen is made from reclaimed woods (Walnut Barnwood & Rescued Wild Black Cherry), chrome plated caps and 110mm Japanese Ceramic rollerball ink. The high-end craftsmanship comes with a $150 price tag to match, but it is currently on sale for $130 and code Family10 will knock it down to just $116.96 shipped. 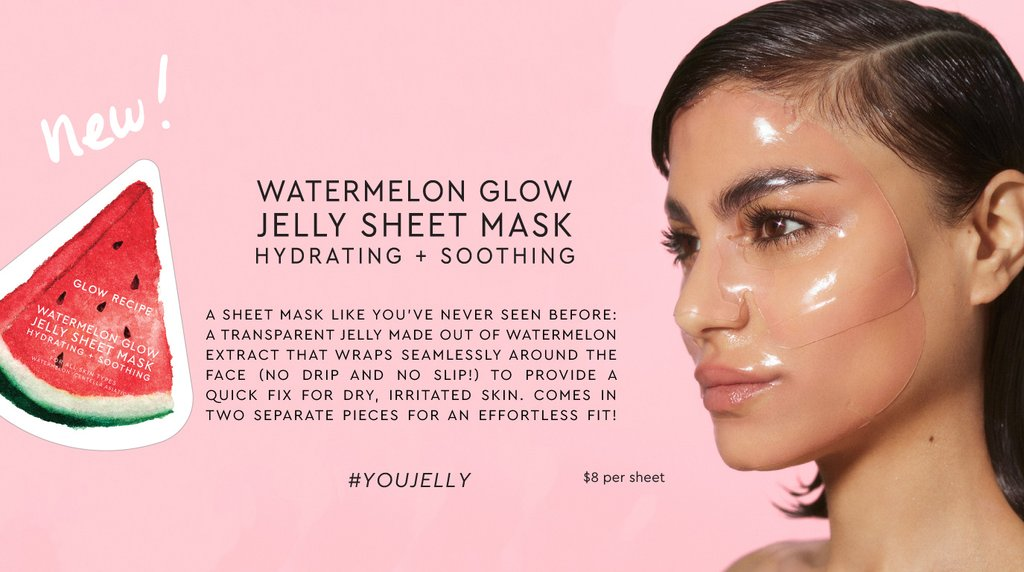 I’ll be honest — many of the products I used in 2018 weren’t brand new, but rather new to me. However, of the very small handful of just-released skincare products I did try this year, one certainly stood out above the rest: Glow Recipe’s Watermelon Glow Jelly Sheet Mask. I’m no stranger to the brand’s Watermelon Glow Sleeping Mask, of which I am a big fan, but I was especially excited to see a more instantaneous solution hit the shelves.

When I first tried the Watermelon Glow Jelly Sheet Mask, it was a hot and humid summer day. This transparent jelly mask cooled me right off and even alleviated some redness I had on my cheeks.  I’ll give credit to the mask’s signature watermelon extract-natto gum blend, along with other powerhouse ingredients such as hyaluronic acid and centella asiatica. (By the way, it smelled absolutely delicious.) At $8, this is easily in “luxury mask” territory, but it’s worth the splurge if you need to sit back and chill. 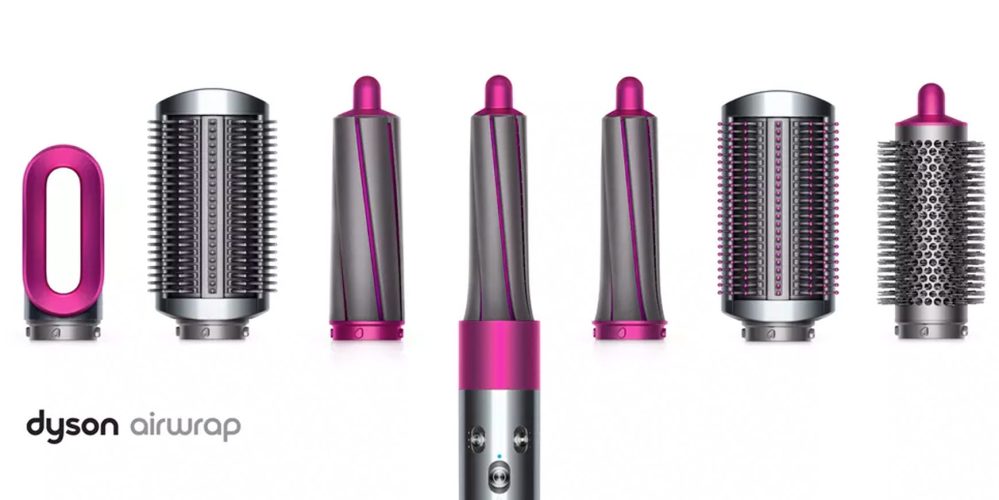 As a follow-up from the very popular Supersonic Hairdryer, Dyson released a new product in 2018 called the AirWrap Hair Styler. This tool was designed to give you voluminous hair without extreme heat. This is the first product that uses a powerful motor to wrap the hair for you. This means no clamping, twisting of your arms, or gloves needed.

Included are seven attachments to meet every hair styling need, whether you’re looking to straighten, curl, or blowout your hair. The AirWrap styles and dries your hair at the same time, starting with damp hair. With combined airflow and controlled heat, this tool dries your hair as it styles it. This product does come with a sticker shock price-tag of $500, but consider that it’s actually seven hair gadgets in one. It also includes an luxurious leather carrying case and is rated 4.5/5 stars from Sephora customers.