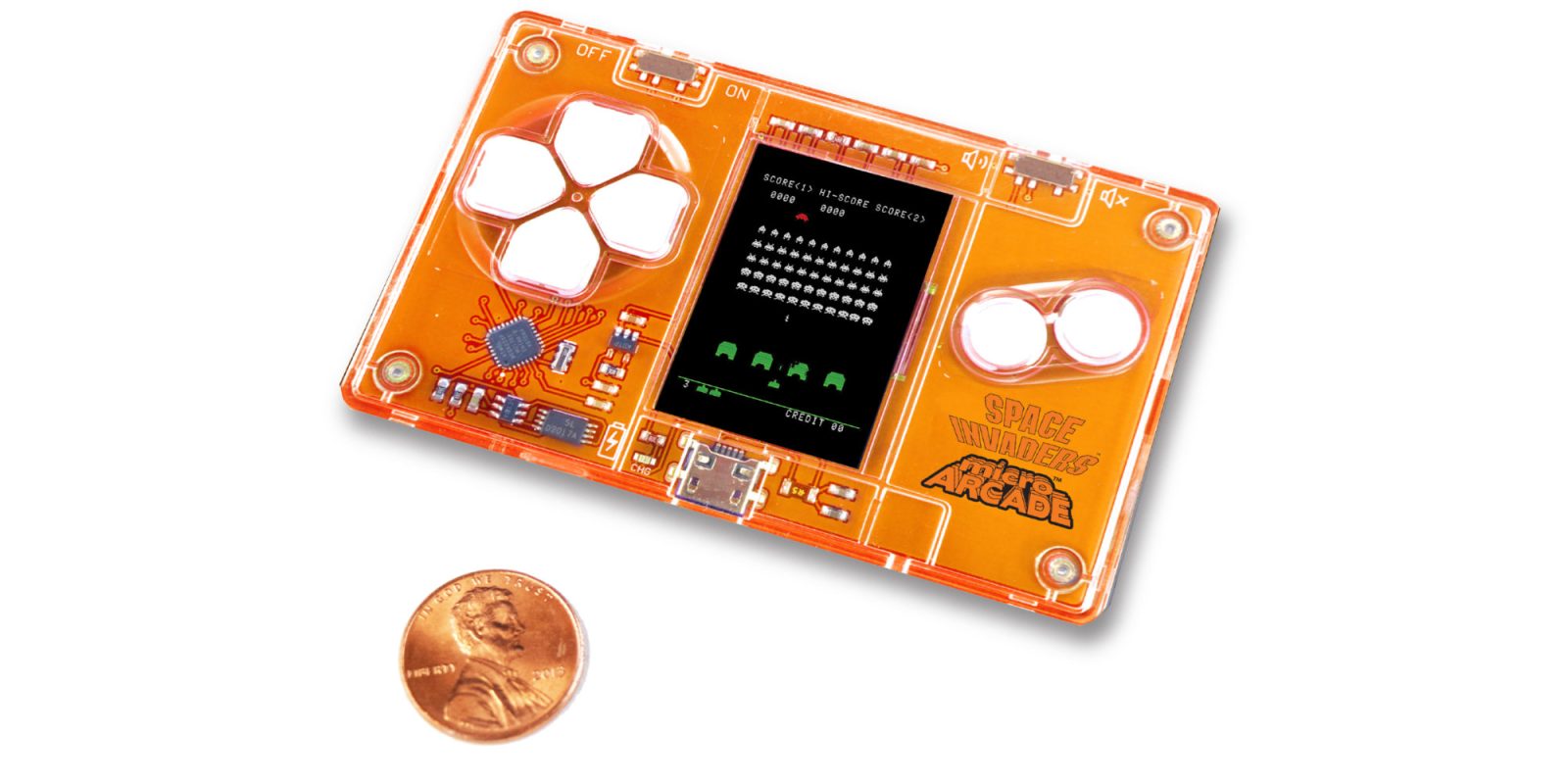 When it comes to playing video games on-the-go, the last decade has brought us a robust line-up of options. From iPhone and Android to Nintendo Switch and 3DS there is certainly no shortage of games to play.

Nintendo Switch Online subscriptions has delivered several authentic NES games to the masses, but the Switch’s form-factor can still be too large to carry in some circumstances. To combat this problem, Super Impulse, the makers of Tiny Arcades, is at it again with a new design that is as small as a credit card.

If you’ve seen Super Impulse’s Tiny Arcades before, you will have an idea regarding the amount of effort that the company exerts into making products that feel true to its era. The upcoming Micro Arcades are no exception.

Each of the devices measures a mere 3.3 x 2 x 0.3-inches and is a motherboard housed in translucent plastic. The color of the Micro Arcade is determined by the game you have chosen, with Frogger obviously coming in green. 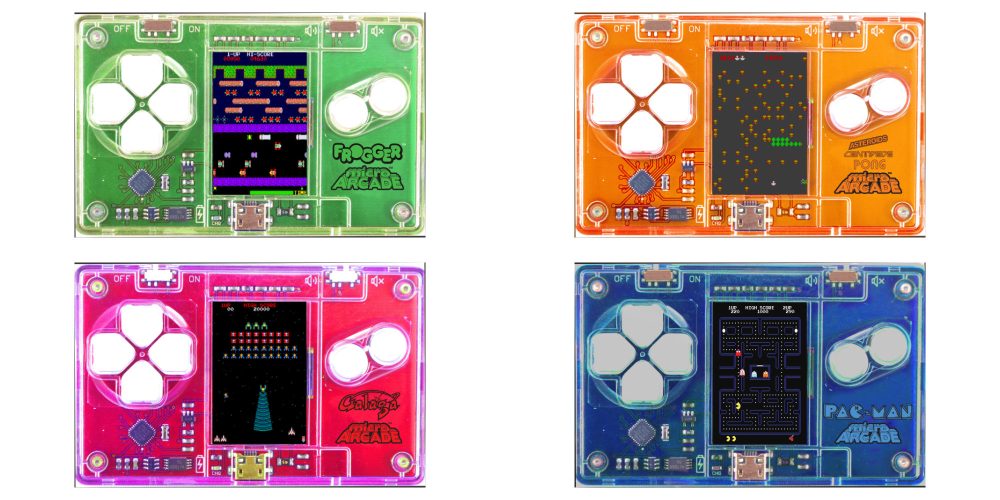 The games are charged via microUSB with no word on how long battery life will last. If you think this design looks a tad familiar, that’s because it shares the same tech used in Arduboy, an Arduino-based game development system, and Tetris MicroCard both of which are also the size of credit card.

It appears that when Super Impulse releases its Micro Arcades, the company will offer six for customers to choose from. Options include Pac-Man, Space Invaders, Frogger, Galaga, Galaxian, Rally X, and Atari.

The Atari option offers the most value of the bunch considering it has not one, but several games on-board. Missile Command and Centipede have been confirmed already, but it may ship with a third game that has yet to be announced.

Super Impulse has not yet detailed specific pricing or an availability date, but it has provided a ballpark of $20-$25 per device with a release scheduled for sometime later this year.

If you are thinking that $20-$25 seems high when compared to the Tiny Arcades that Super Impulse currently ships, you’d be right. Most of these are available at Amazon for around $15, but the price increase is not out of greed, but mainly due to licensing costs paid to use the technology found in Arduboy and Tetris MicroCard.

At first glance, it is easy to write these off since iOS and Android devices offer similar games for a buck or two in their respective app stores. I too thought this initially, but in the past when I’ve downloaded knock-off versions of classic games, I have found things are different.

Developers often tweak a thing or two in games to avoid lawsuits or put their own spin on the experience which ends up having a negative impact on the nostalgic adventure for me. For this reason, I think having one or two of these lying around could prove to be quite fun.