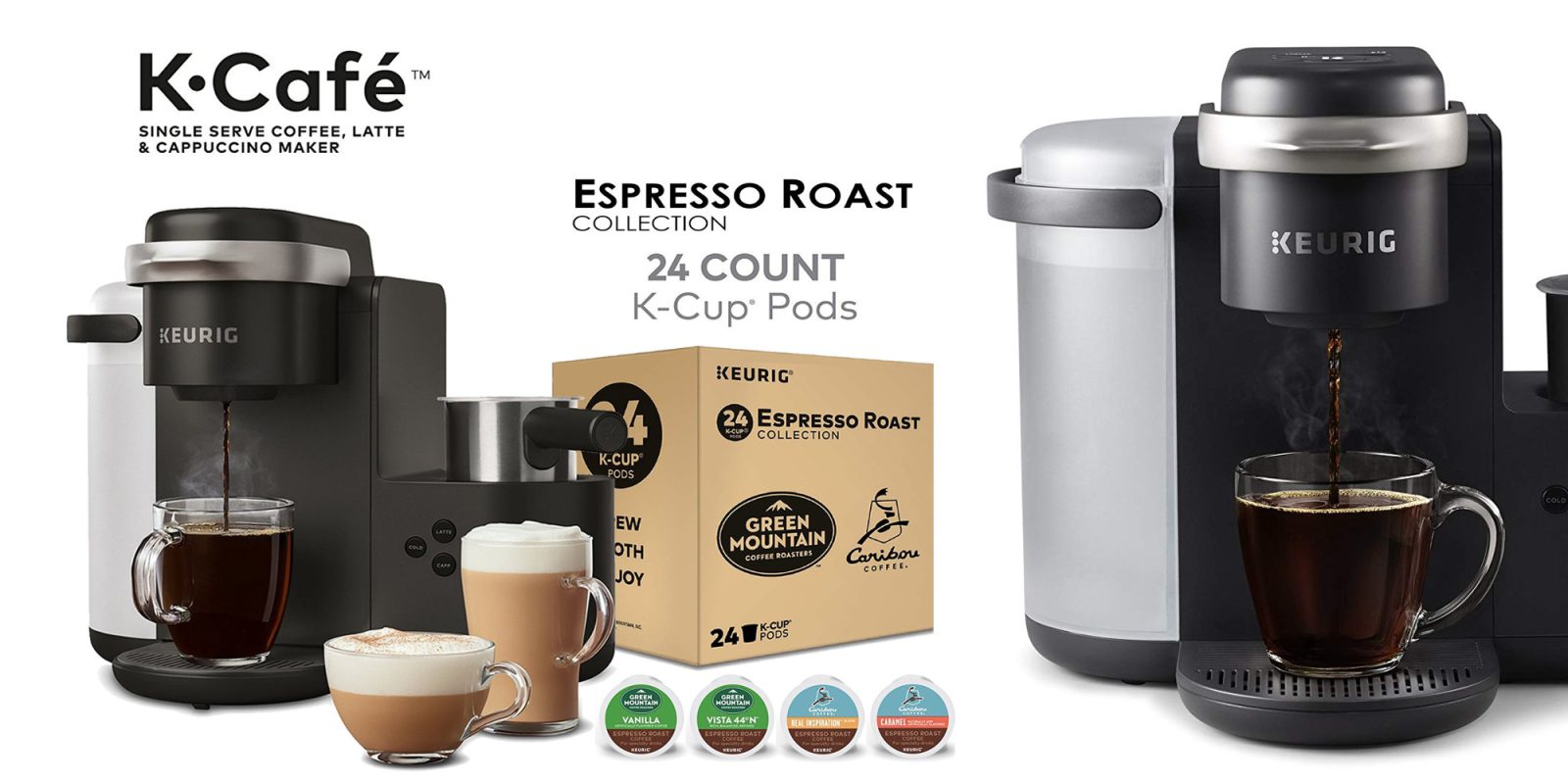 As part of its Prime Day 2019 deals, Amazon is now offering some notable deals on the Keurig K-Cafe brewer. You can now grab the Keurig K-Cafe Single Serve Latte and Cappuccino Coffee Maker for $99.99 shipped. That’s as much as $100 off some listings, between $60 and $75 below the usual Amazon listing and the best we can find. Today’s deal is a new Amazon all-time low. This maker can brew regular coffee pods as well as lattes and cappuccinos. It has a dishwasher-safe frother, multiple cup size options and a 60-ounce water reservoir. Rated 4+ stars from over 1,300 Amazon customers. Head below for more Prime Day coffee maker deals.

You’ll also find the same maker on sale with a 24-count Green Mountain Espresso Roast K-Cup Pod Variety Pack for an additional $10. More of the Prime Day coffee maker deals can be found below.

from $50
You’re reading 9to5Toys — experts digging up all the latest technology and lifestyle deals, day after day. Be sure to check out our homepage for all the latest news, and follow 9to5Toys on Twitter, Facebook, and LinkedIn to stay in the loop. Don’t know where to start? Check out the best Apple deals, our daily podcast, and subscribe to our YouTube channel