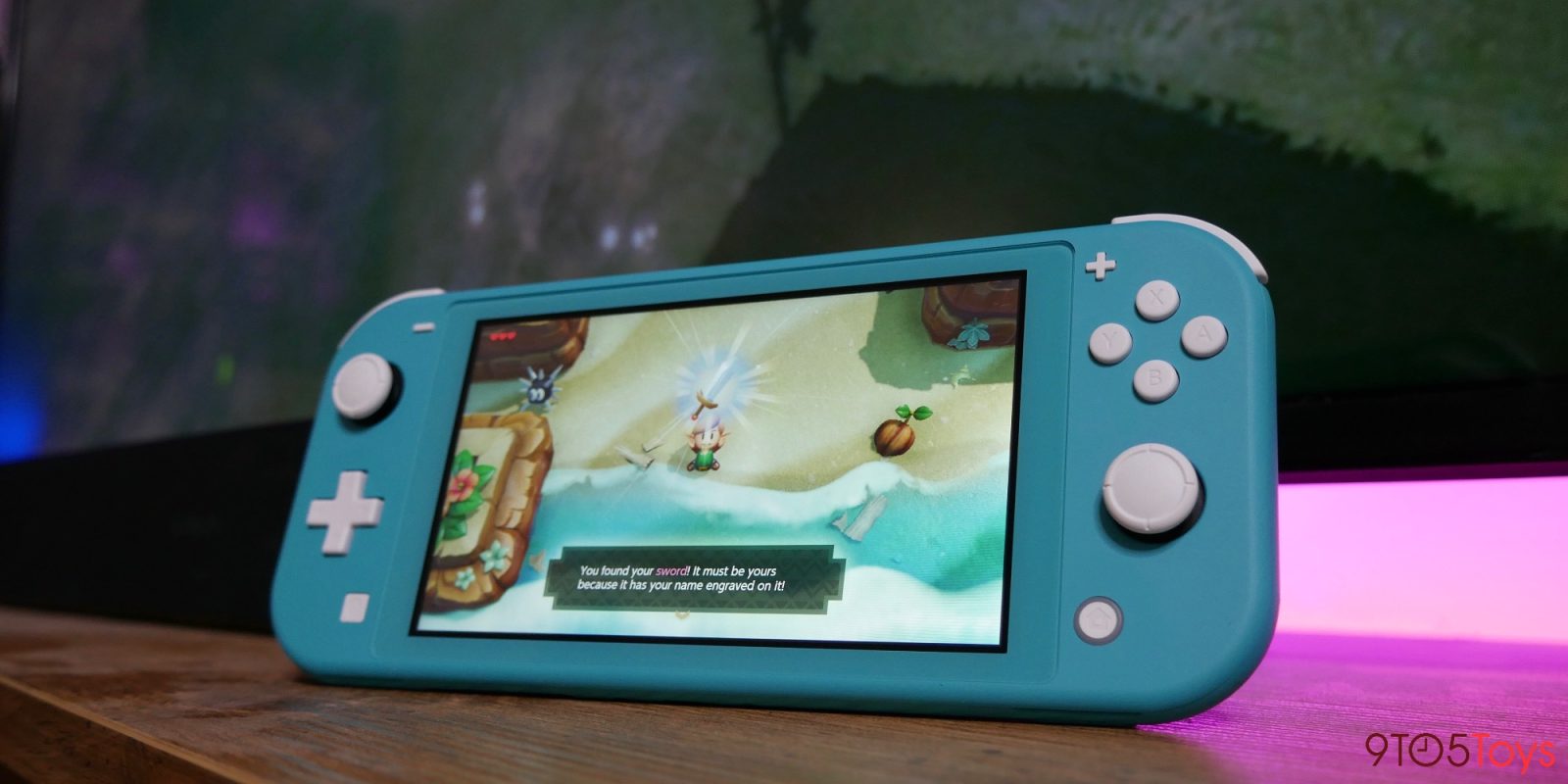 Nintendo’s Switch Lite has been on the mind of Nintendo fans for nearly a year now, long before it was adorned with its current miniature namesake. Since its official debut back in July, the console has drummed up quite a bit of fuss. Posits swirled on whether or not Switch Lite would live in its hybrid predecessor’s shadow, or if it’d shine as a standalone, even more portable alternative.

As for my take on the matter, several days of enjoying Nintendo’s latest release has left a great first impression. Switch Lite delivers a value proposition that’s hard to pass up on for first-time Switch adopters or on-the-go-focused gamers. Head below for a closer look.

When you think of the name Switch Lite, you’d expect it to be not only a smaller console than the standard model, but also less powerful and feature-rich. Spend any amount of time with Nintendo’s new portable gaming machine, and you’ll find that couldn’t be further from the truth. From the design to overall performance, Nintendo’s latest packs all the right features where it counts while making some smart trade-offs.

First, let’s talk about build quality. Right as you pull Switch Lite out of the packaging, you’ll notice that Nintendo has by no means skimped out on the quality here. Its superb build quality is ever-present in the sleek matte plastic casing, which offers a grippy finish. Everything fits snuggly into its unibody shell, which comes in three different stylings. I opted for the turquoise variant, which looks fantastic to me.

Buttons have the satisfying clicky-ness that’d you’d hope for, with the full roster of controls that you’d find on the standard Switch. There is one notable change in the button layout here, and that’s the inclusion of the widely-popular D-Pad. But more on that later.

In terms of the Switch Lite’s display, you’re looking at a 5.5-inch screen with nearly identical specs to its hybrid counterpart. It shares the same resolution, but in a smaller footprint; so it’s tougher to spot individual pixels. Things like reading text still aren’t fantastic, but typical gameplay yields a slightly more crisp image than with the OG Switch.

What to expect from the handheld’s performance

Across just about all of Nintendo’s first-party game lineup, Switch Lite performs nearly-identically to its hybrid sibling. Things like frame rate and responsiveness have been pretty consistent across the two machines, at least to the degree that playing one doesn’t immediately feel snappier than the other.

Aside from just enjoying honking it up in Untitled Goose Game and exploring Koholint Island in the Zelda re-release, I logged some decent play sessions with other titles. I tried to hit most of the must-haves that a first-time Switch owner may consider picking up, like Mario Kart 8 Deluxe, Super Mario Odyssey, Breath of the Wild, Smash Bros. Ultimate and even Doom, each of which lead me to the same conclusion. Switch Lite may be small, but there’s nothing lite about its performance. 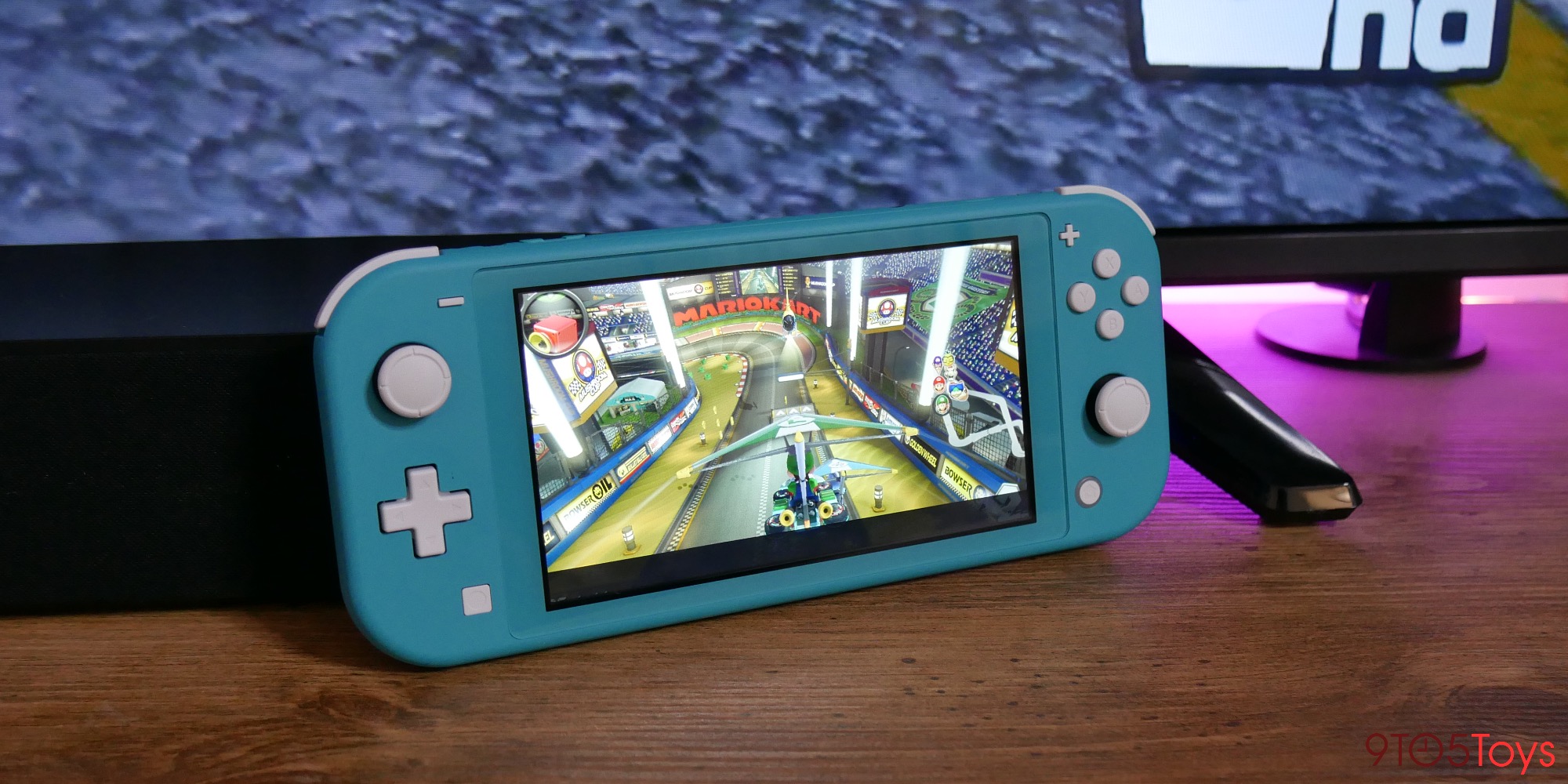 On the battery life front, Nintendo claims you’ll get anywhere from three to seven hours of use per charge. That, of course, depends on which title you’re playing, what brightness the screen is at, and so on. Regardless of those caveats, I’ve seen closer to five or six while enjoying Link’s Awakening and Untitled Goose Game. Conversely, Mario Kart 8 Deluxe and its reliance on network usage for online matches cut playtime down a notable amount.

A grippy handheld that’s a joy to hold

Switch Lite certainly packs enough of a punch to enjoy most titles without compromising performance, but how’s the actual gameplay? Well, the console’s grippy exterior makes it a joy to hold. The lightweight design plays a significant role here, too, in offering a comfortable experience. 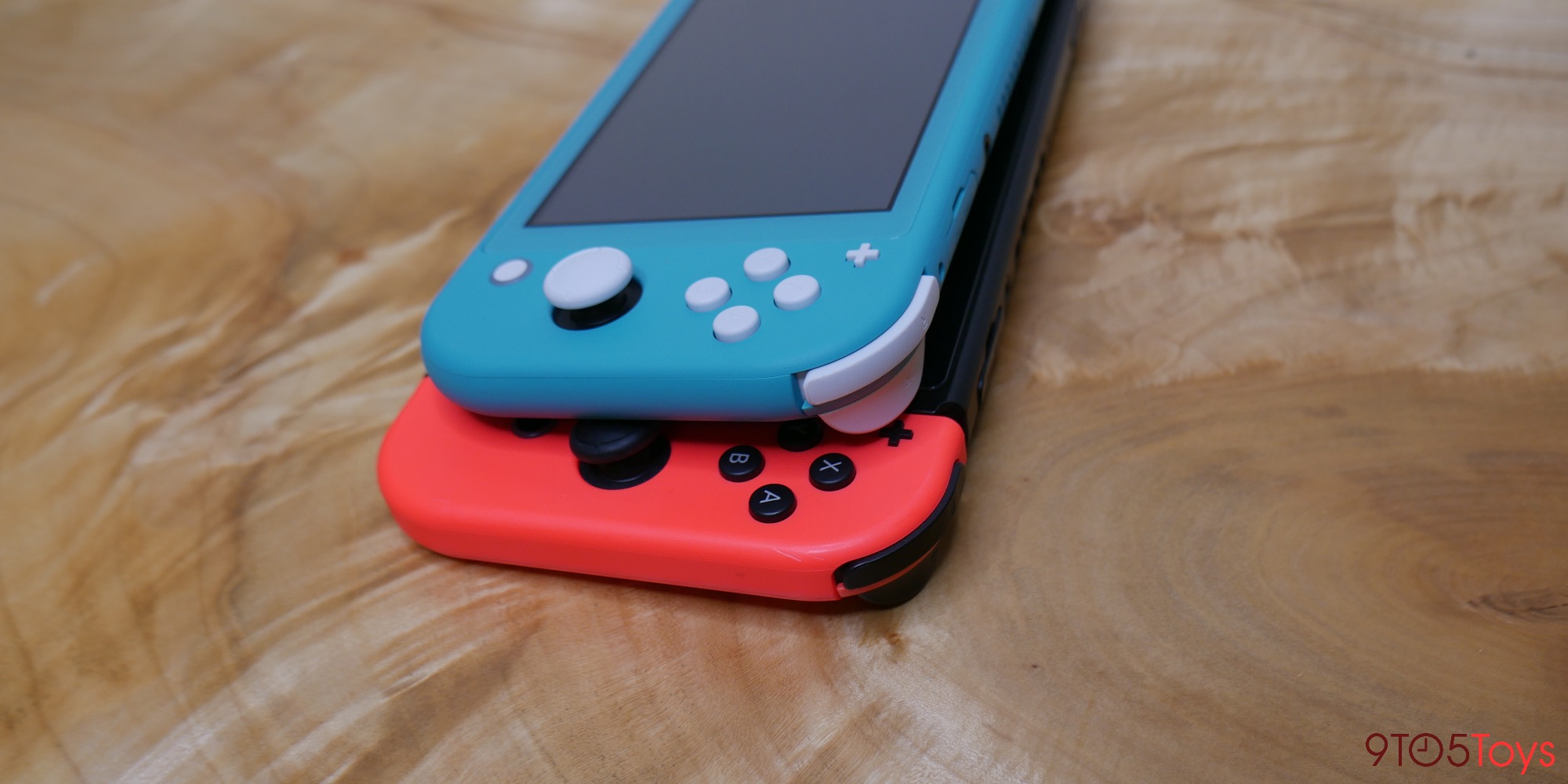 In more practical terms, it means Untitled Goose Game, Mario Kart 8 Deluxe, and Link’s Awakening are all a treat to play. Shooters like Doom or button-mashers like Smash don’t fare quite as well here. Short durations are fantastic, but once you’ve been diving into a game for 45 minutes, things start to get uncomfortable. I mostly accredit that to the so-so ergonomics, an issue that the OG Switch faces as well.

One outstanding quality of life improvement here is the inclusion of the D-Pad. Nintendo opted to ditch the mirrored four-button layout in favor of the fan-favorite D-Pad style input. And I can’t be happier. It makes navigating menus and enjoying certain games, like Tetris 99, a lot more enjoyable. 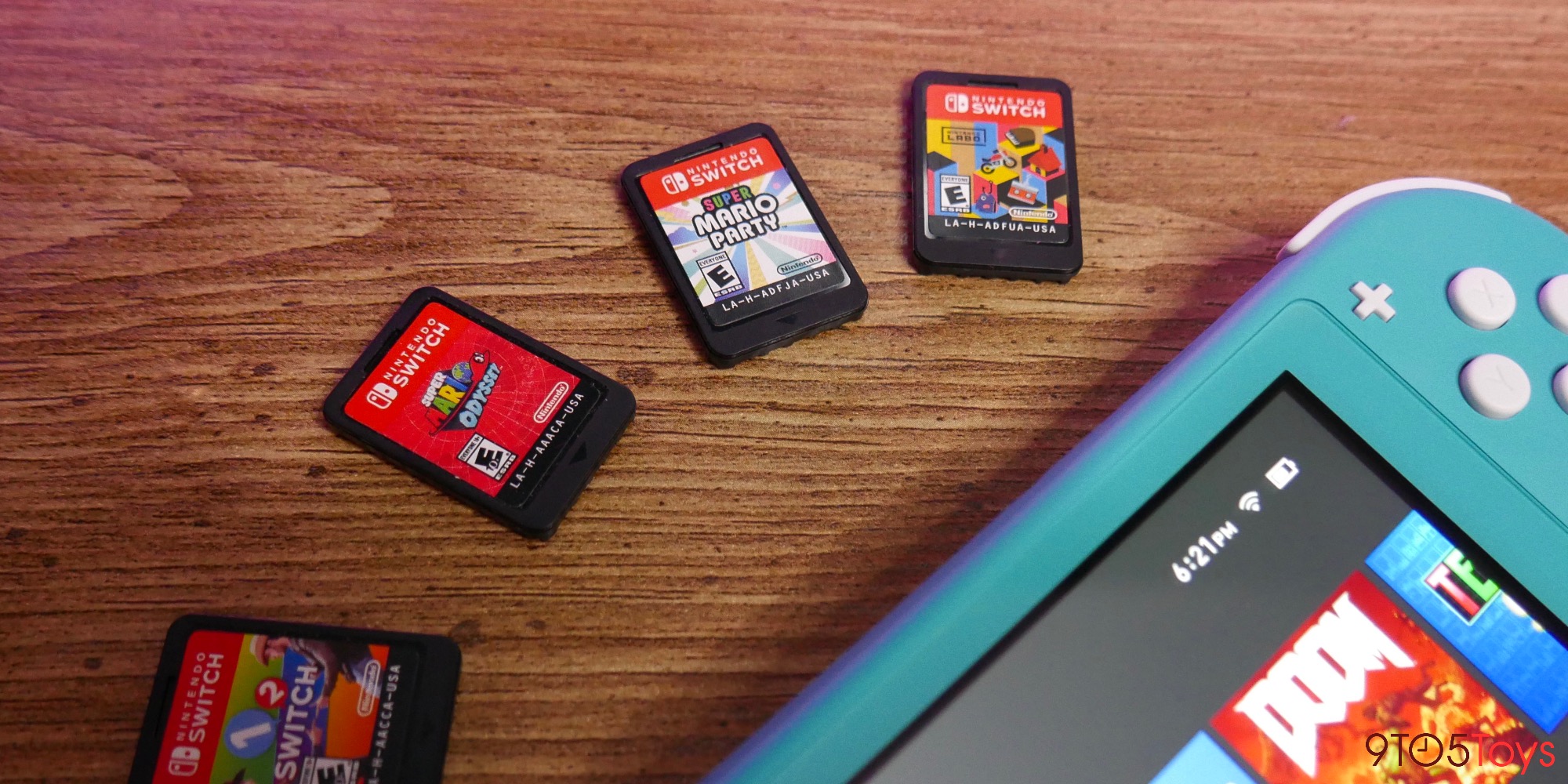 Aside from the Switch naming convention – it’s a Switch that doesn’t, well, Switch – there’s one other thing that’s bound to confuse. This falls to the console’s inconsistent incompatibility with various titles. When you buy the hybrid Switch, just about every single game in the library, first-party of not, is compatible out of the box. That same fact isn’t entirely true with the new portable edition.

Some games, like 1-2 Switch flat out don’t work, while others like Super Mario Odyssey degrade the experience into tedium. Nintendo claims that all handheld mode-compatible titles will work with Switch Lite, but that’s a distinction that I think a lot of would-be buyers won’t know to make. This likely isn’t enough to stop someone who has the Switch Lite in their cart from heading to the digital checkout counter. But it will be a bit annoying for parents or anyone not super well-versed in Nintendo knowhow.

For those who already have a Switch, it’s tough not to expect a subpar experience. After all, it has Lite in the name. But that sentiment couldn’t be further from the truth.

One of the biggest complaints I’ve seen is that the standard Switch is a much better value at just $100 more. But for a massive demographic, that pricing gap certainly makes a difference. It not only matters for those looking to pick up a second machine to enjoy Switch titles, but for families hoping to make their first forays into the worlds of Breath of the Wild or Mario Odyssey. 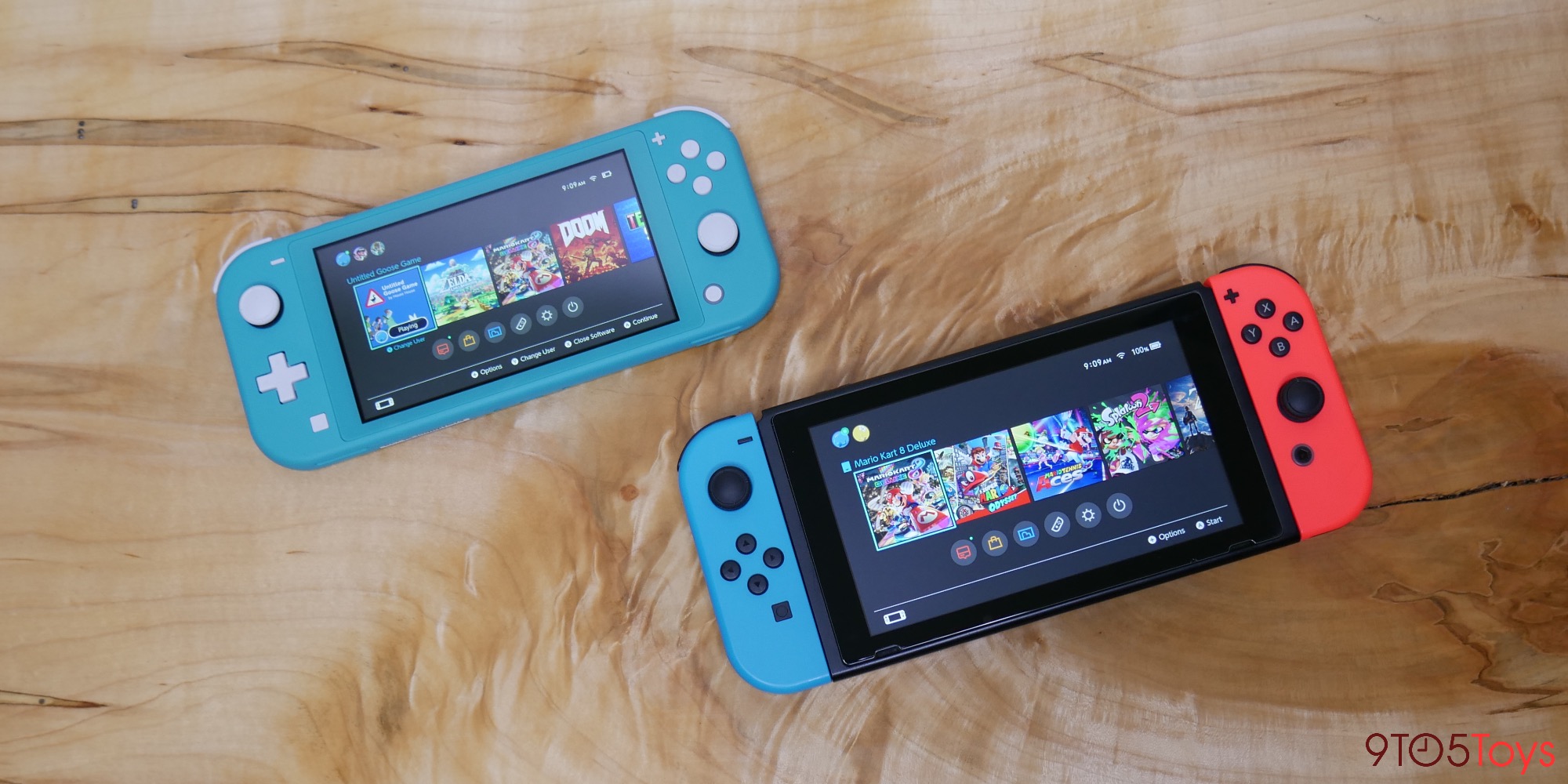 The approaching holiday shopping season is going to be dominated by Nintendo’s even more portable console. At $200, it delivers an experience with very few trade-offs. I’ve already addressed doubts that a potential buyer could have, but all of those combined don’t come close to just how good of a value Switch Lite is. And that’s coming from someone who was originally firmly against the console.

The standard Switch was already a game-changer for Nintendo, but Switch Lite and its accessibility-driven nature are going to take the system to an entirely other level. Meaning I think that the likes of Sony and Microsoft should be quaking in their boots heading into next year. 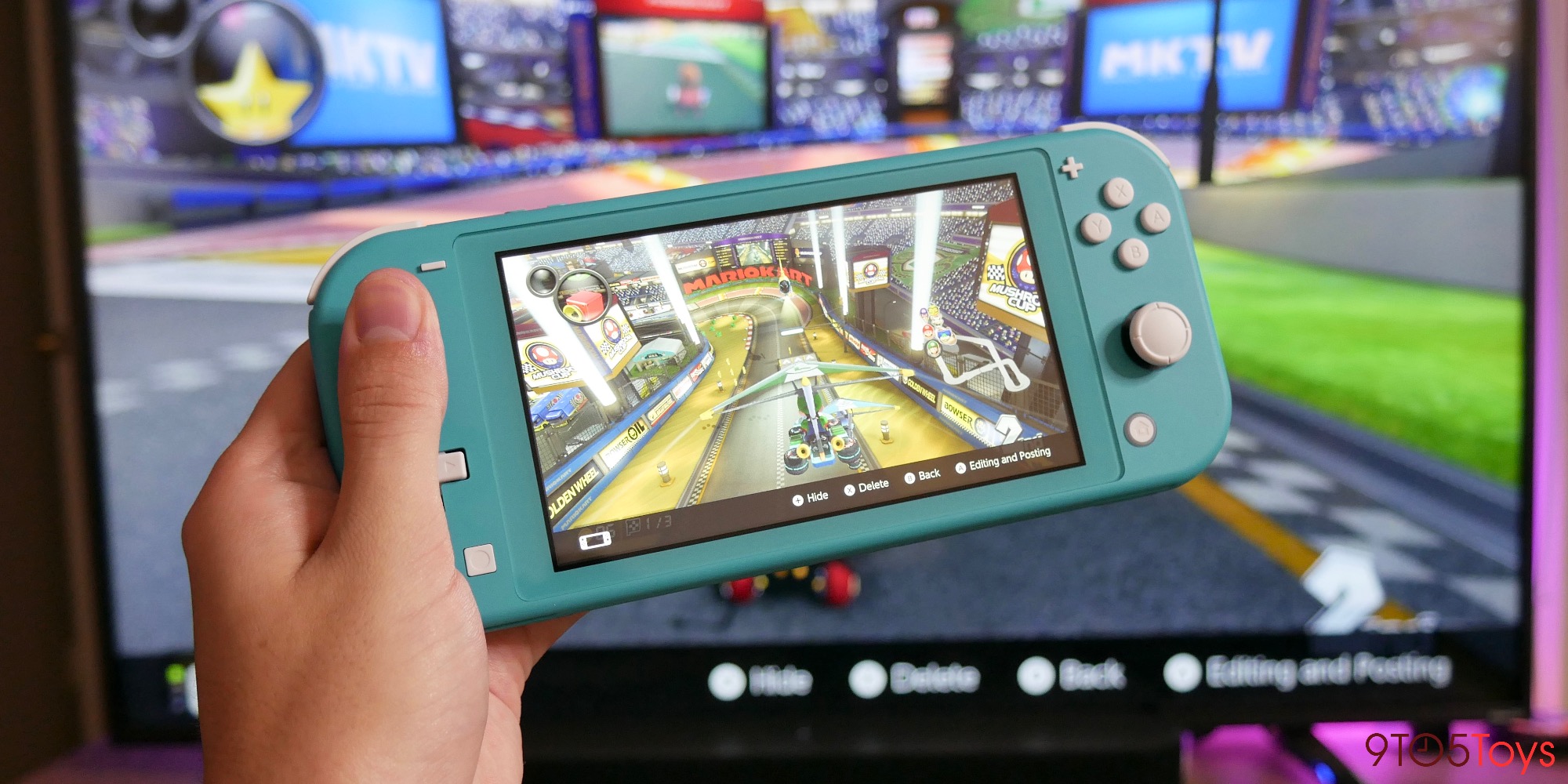 Switch Lite is an even more delightfully portable version of Nintendo’s hit hybrid. Build quality is superb, and its form-factor begs to become an essential part of your everyday carry, all without comprising on performance. After using the console for the past several days, I by no means see Switch Lite as an inferior version of its hybrid sibling. And neither should you. It’s certainly a more portable Switch, but there’s second-rate about the overall gameplay experience.

If you’re already in the Switch ecosystem and are looking to grab a secondary console, Switch Lite is an easy recommendation. But for those eagerly awaiting Pokémon Sword and Shield or the new Animal Crossing, deciding which console aptly falls to portability.

Whether you’ll mostly play while out and about, or don’t need to game on the big screen, then Switch Lite’s value is hard to beat. Nintendo’s new console may have its flaws, but at $200, it’s an easy recommendation.

Buy the Nintendo Switch Lite in Gray, Turquoise, and Yellow at Amazon