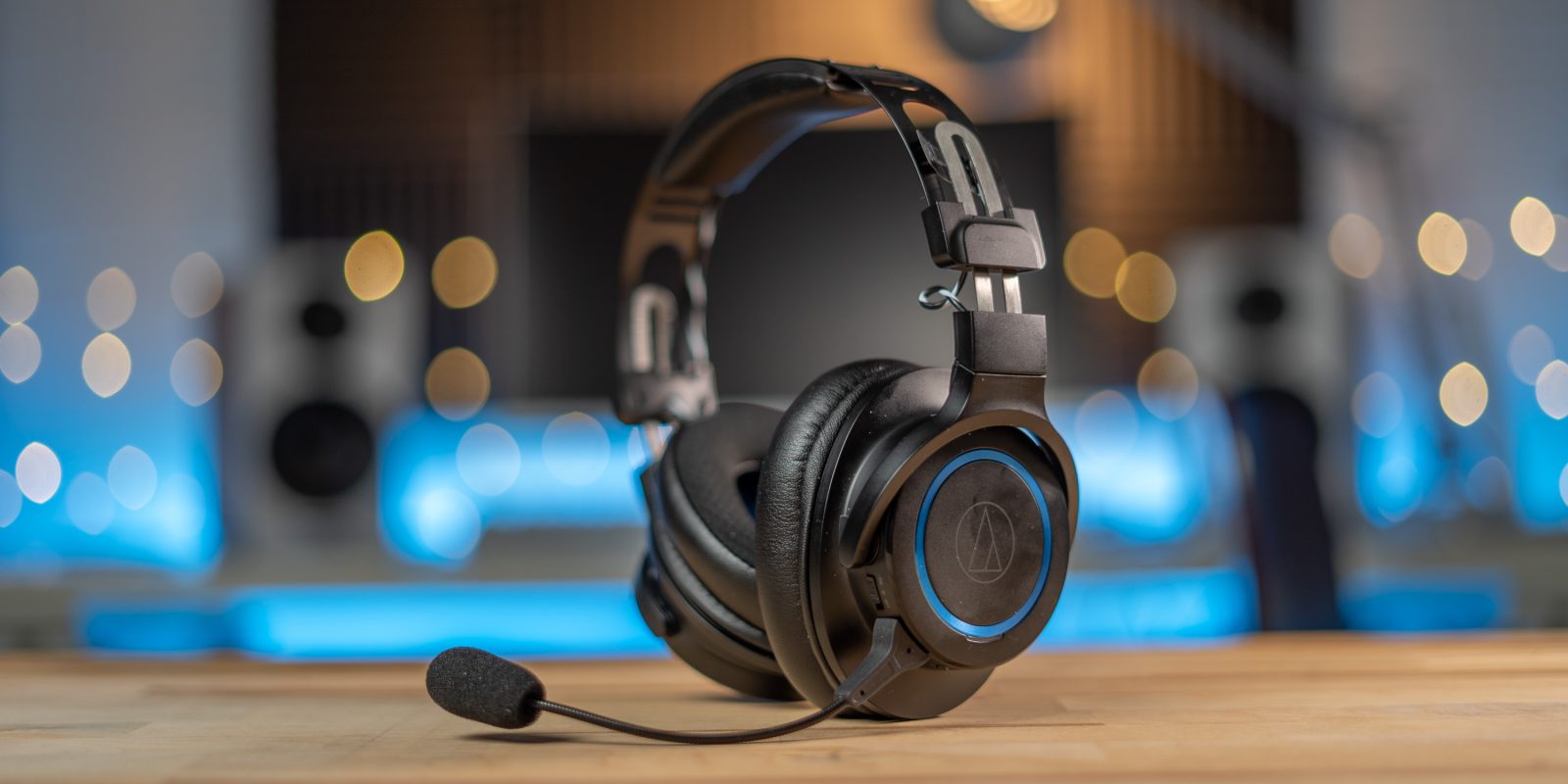 Like many others, the Audio-Technica ATH-M50x has been my go-to pair of headphones for years. Add a mod mic, and you have a great, if not slightly cumbersome, gaming headset. So when Audio-Technica announced the ATH-G1WL, a wireless gaming headset that looks similar to the M50x with a detachable microphone, I was excited to check it out and see how it compares to my old trusty standard. Check out the video below for more and to hear how the mic sounds.

Out of the Box

Audio-Technica is a common name with audiophiles. The ATH-M50x has been one of the most recommended pair of headphones for people, like myself, looking for an excellent sounding pair of cans without spending a ton of money. Audio-Technica offers a few other gaming headsets, but the G1WL is the only wireless choice in the current line-up. At $249, the ATH-G1WL isn’t a cheap headset, but there is a wired version available for $169, which is, in my opinion, a great deal. 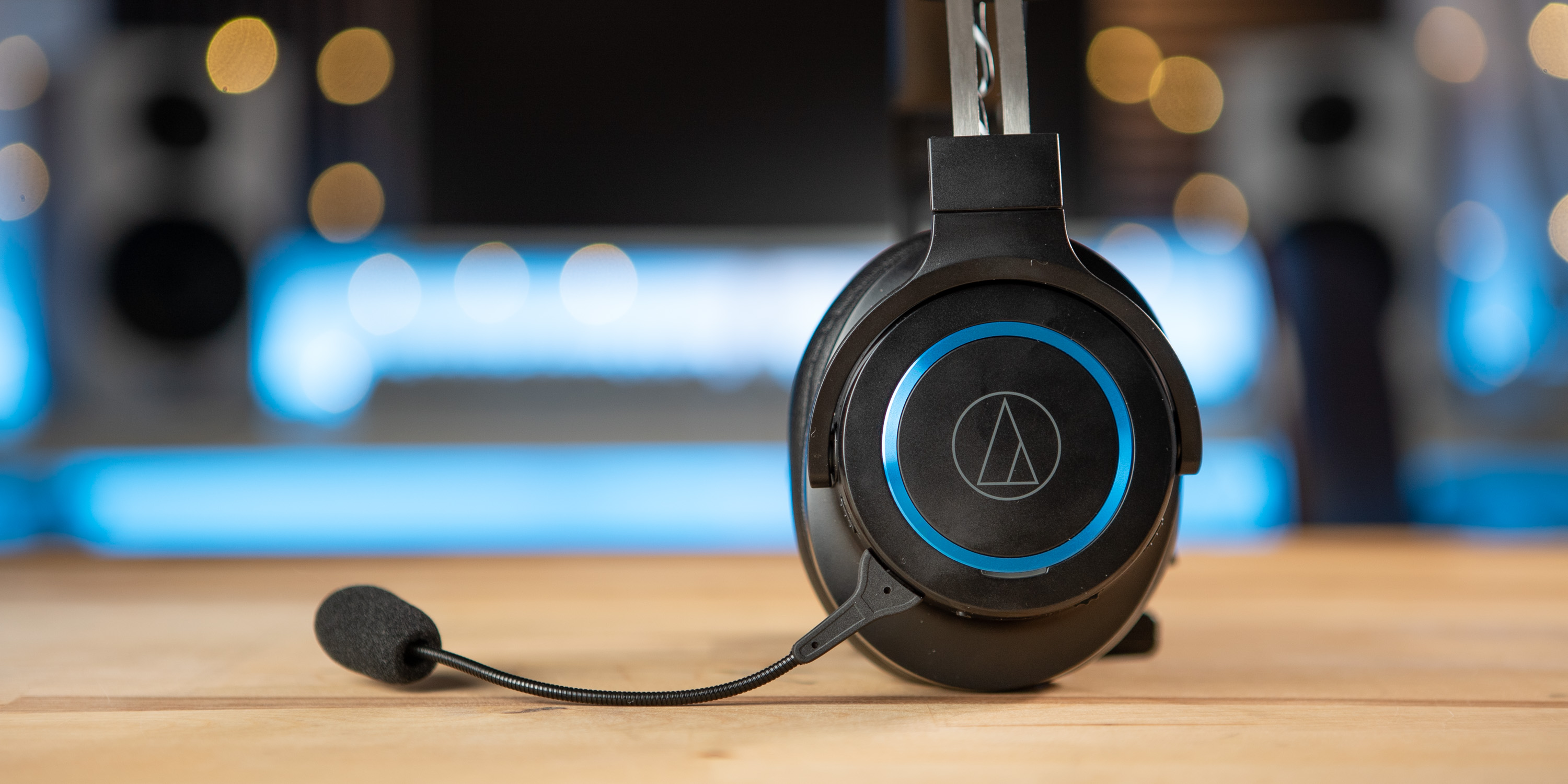 The first thing you might notice, at least I did, is that the G1WL shares some similar design cues to the M50x. The circular pattern on the earcups has blue accents instead of the grey found on the M50x, and the earcup is a bit taller to allow some more space inside the cup. Audio-Technica also includes an additional pair of replacement earpads in the package for when the first pair wears out.

The headband is plenty flexible and uses an exposed metal structure. Overall the padding is smaller than what is on the M50x, but I found the G1WL to be very comfortable for long sessions. I was able to wear the headset for hours while editing and gaming.

All of the controls are on the left earcup. First up, you have a physical power switch, the plug for the detachable microphone, and then a physical button for turning mic monitoring on or off. After that, we have the micro-USB port for charging, then there is a dial for volume which has stepped settings – a feature that I like instead of a smooth rotating dial. Pressing in the volume button turns on virtual 7.1 surround sound. Lastly, there is a physical switch for muting the microphone. 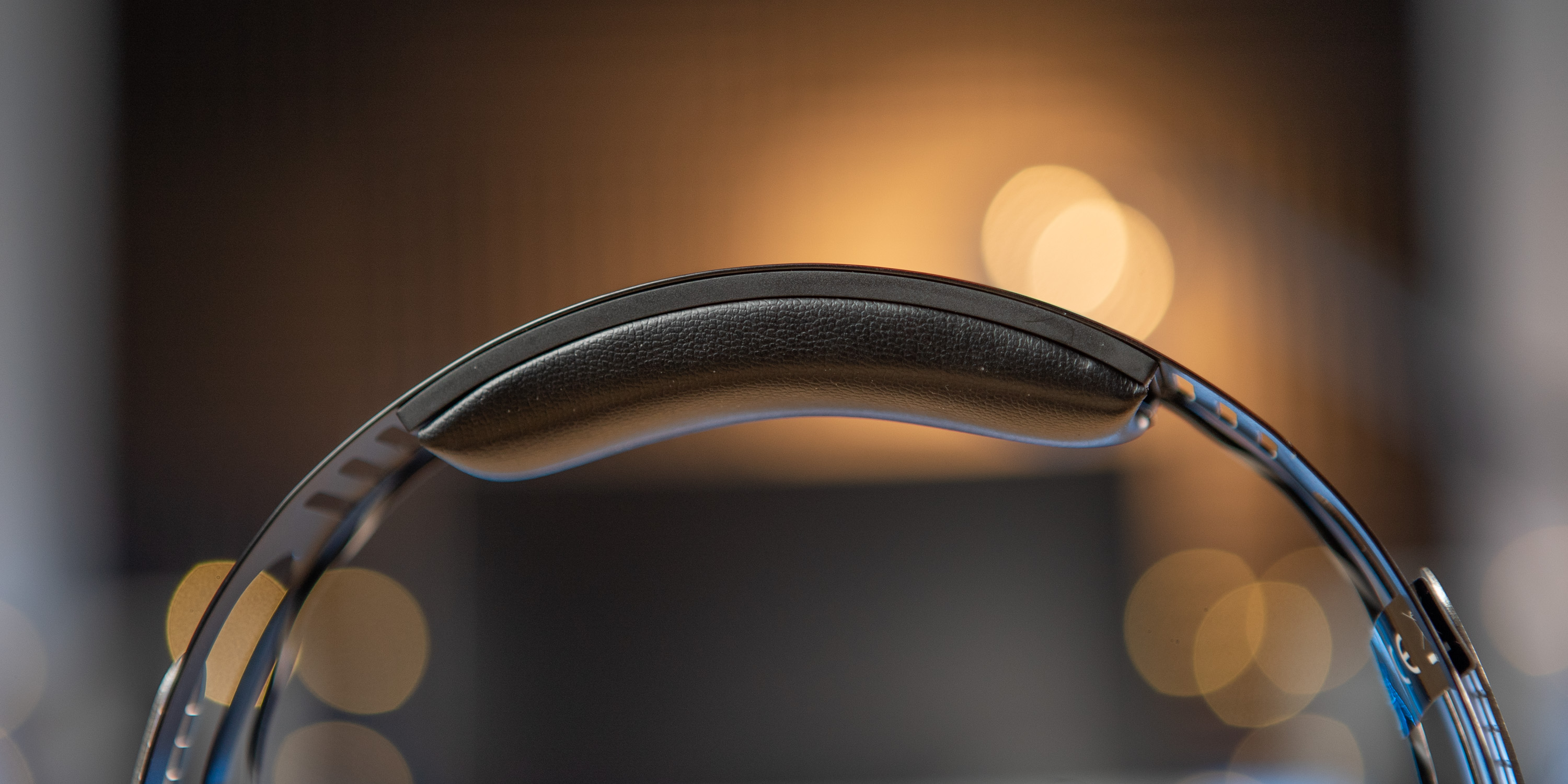 For wireless use, the G1WL has a 2.4 GHz USB dongle. Wireless performance was flawless in my experience. I was able to walk around almost my entire house and keep a connection. Like mentioned earlier, this is an $80 upgrade over the wired ATH-G1.

One of the only things about this headset that isn’t exceptional is the battery life. Audio-Technica claims 15 hours, but even that was a bit ambitious. I was getting a bit less than that with my use. With competition like the $200 Sennheiser GSP 370 delivering up to 100hrs of battery life, and even Audio-Technica’s M50xBT touting up to 40hrs of charge, it is a bummer that Audio-Technica couldn’t extend the life of the ATH-G1WL. You can still use it while it is plugged in and charging, though.

With its tuned 45mm drivers, the G1WL delivers an incredible 5-40,000 Hz frequency response. That’s is way above the usual gaming standards 20-20,000 Hz. Boosted lows and crisp highs make it easy to pick out gunshots and footsteps while still offering an immersive experience with explosions. I found the sound extremely clear for gaming. 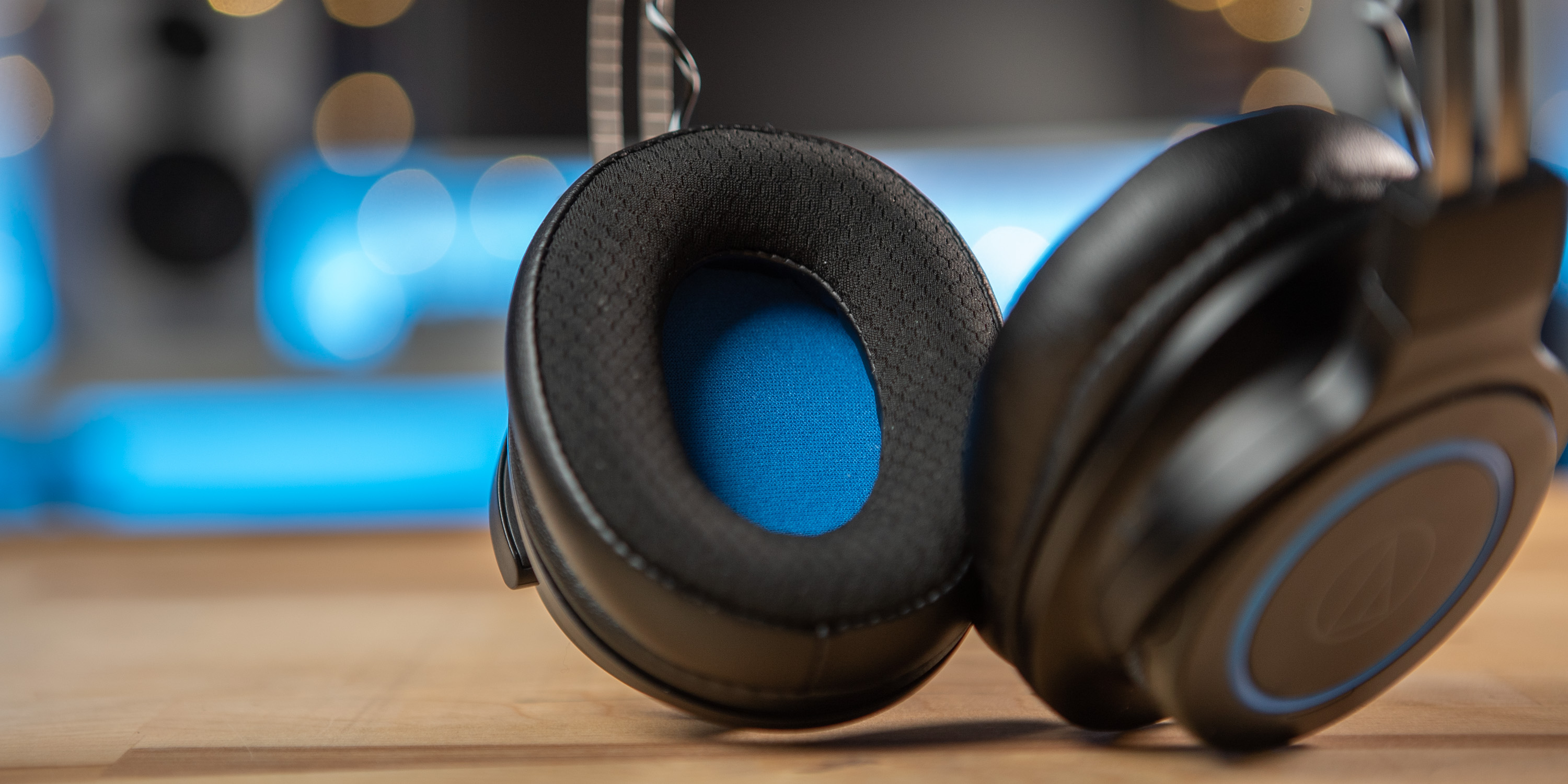 I also found the G1WL to have excellent stereo positioning. It was easy to pinpoint enemy footsteps and gunshots in Battle Royale games.

One difference from some competition like the Sennheiser, though, is that there is no companion app to tweak any EQ or other sound settings. What you hear is what you get unless you use a third-party application to adjust EQ.

That is until you push in the volume button and turn on the 7.1 virtual surround sound mode. There have been plenty of other gaming headsets that features like this – and I usually leave them all off. Same with the G1WL. I’m not a massive fan of what it does to the sound. It seems to boost mids and highs for an extremely crisp sound, but it isn’t natural, in my opinion. 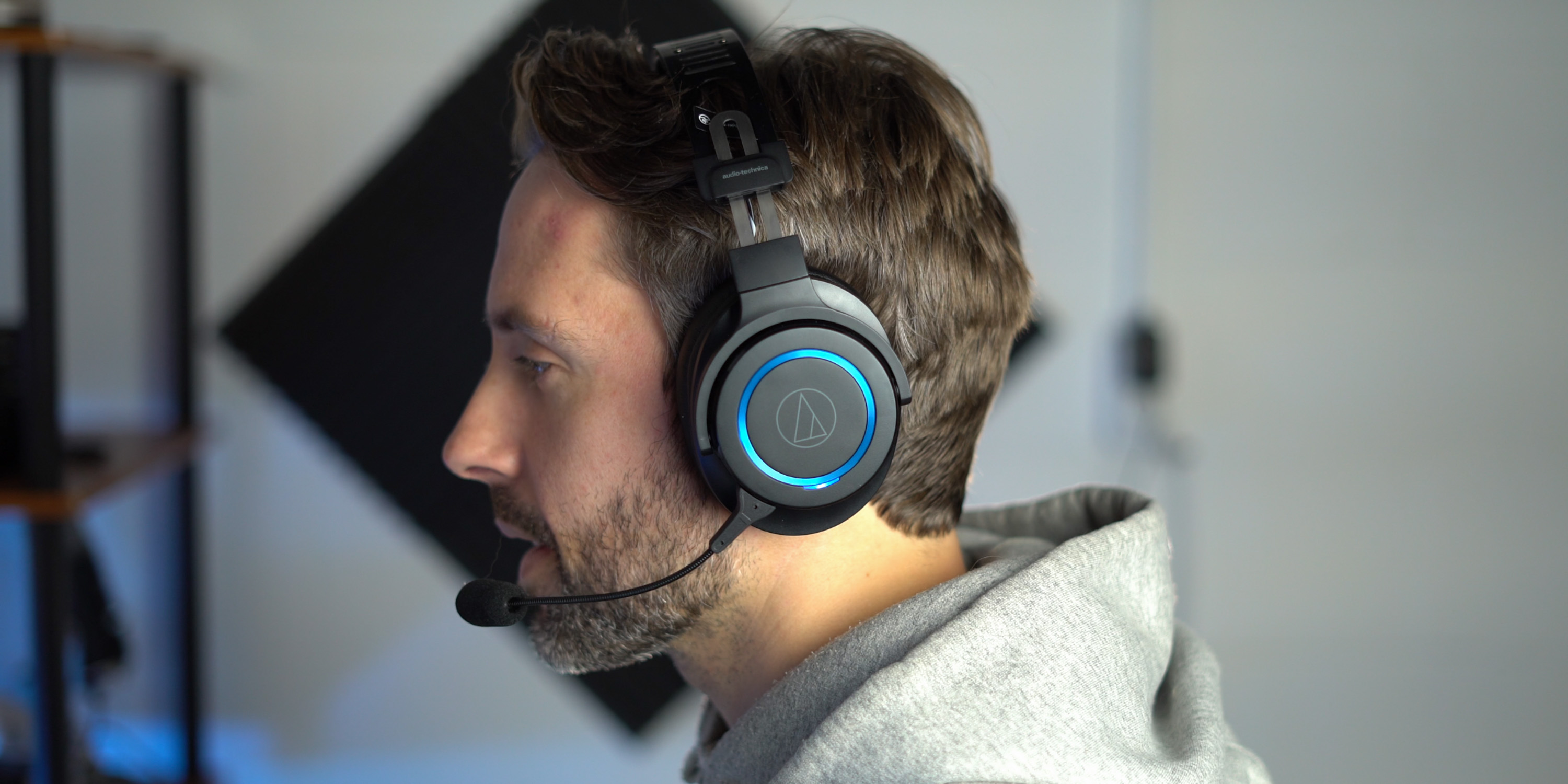 One thing that surprised me was the quality of the receiver. It sounds incredibly natural and full. Often gaming headsets don’t reproduce a very natural sound. The boom arm lets you position the microphone close to your mouth, but it still does pick up a fair about of background noise. When gaming with friends on Discord, I still had to turn up the input sensitivity to try and remove the sound of my loud (but oh so good) Huntsman Elite keyboard.

A couple of gripes

Besides the slightly miserable battery life, the only other thing I don’t care for are the beeps played when the headset is turned on/off, or different functions are triggered. It sounds like it always performs at maximum volume. 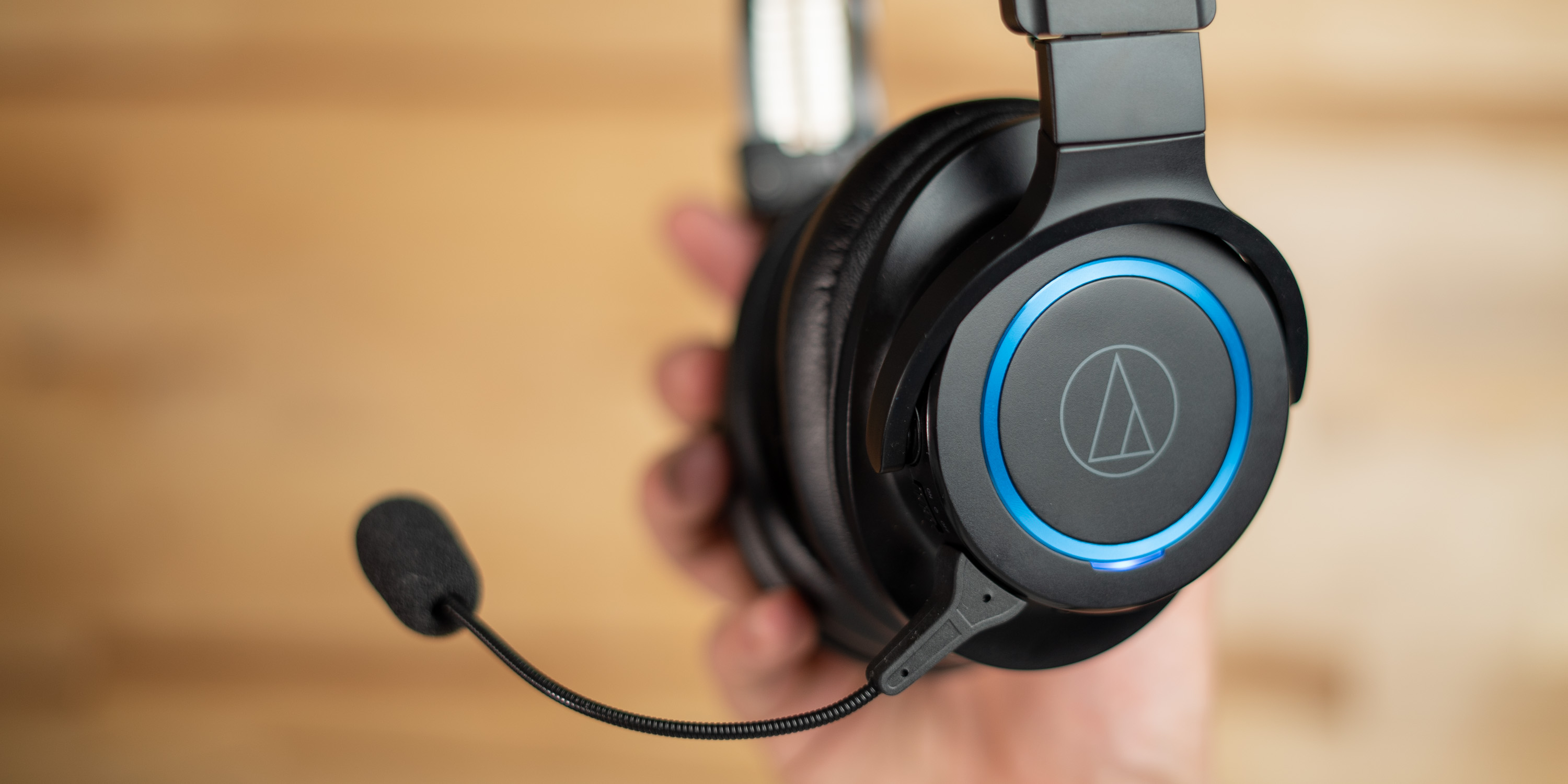 Overall, ATH-G1WL is the best gaming headset that I’ve used. From it’s sound and stereo imaging to the tremendous sounding detachable microphone, the headset delivers on every front besides battery life. This will be my new go-to set for gaming and probably even for editing videos.